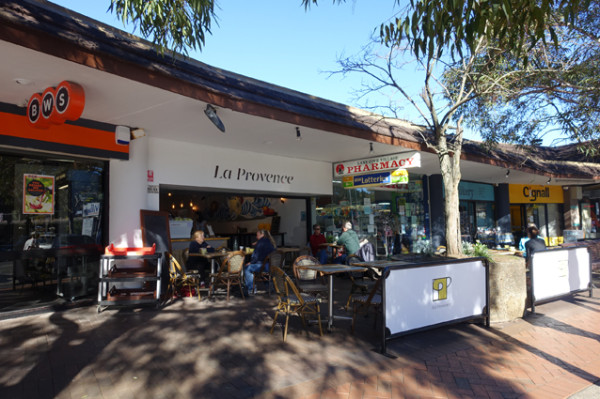 Arthur Song and Janie Fu have owned La Provence for almost as long as they had their Crows Nest fine diner, S’Age Bistronomy. The fine diner launched on the day their son was born in June 2016, but sadly closed in April this year. With their attention freed up, they've just finished making some changes to this Lane Cove café. 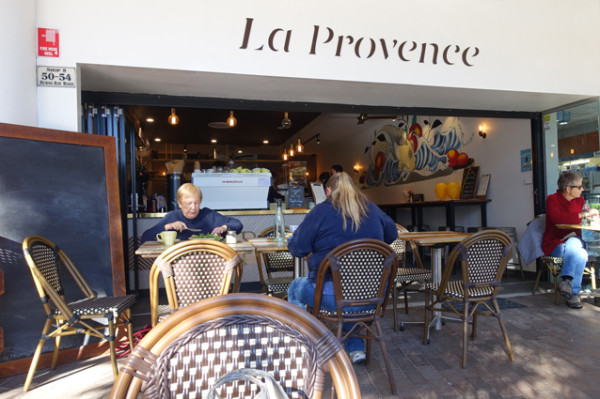 Beginning last May, they gave the venue a spruce-up that included bright, aquatically inspired artwork by Christina Huynh from Brush Project. With a slight name tweak to La Provence Espresso Bar, Arthur and Janie re-launched the cafe in late June. 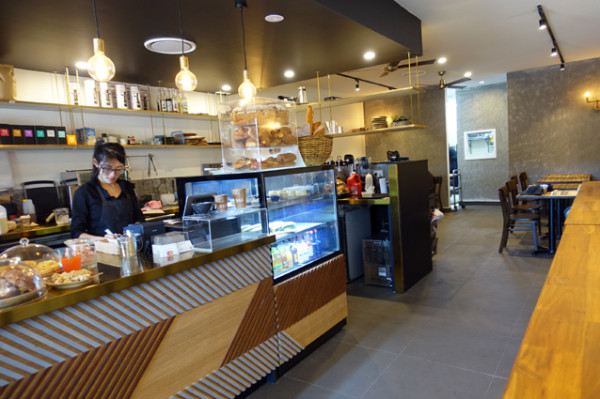 The new menu is an unusual blend of elements from the French-style patisserie it used to be, with a casual version of the intriguing French-Japanese cuisine they presented at S’Age Bistronomy. While here it’s owner Arthur in the kitchen, the dishes he’s cooking were created in consultation with his previous head chef - Tomoyuki Usui. 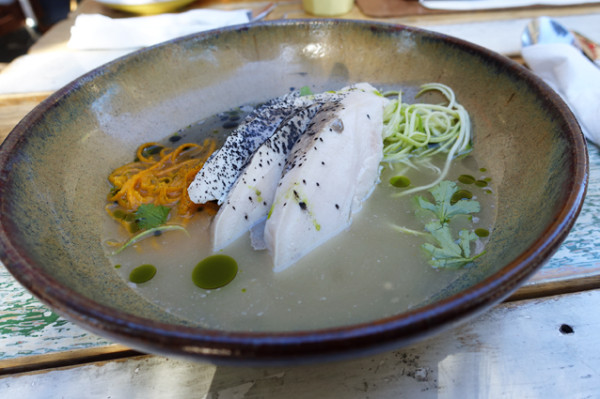 You’ll enjoy dishes like Poached Chicken ($20) from the same beautiful earthenware using the same thin, elegant cutlery that they used at S'Age. The nicely set slices of gently poached chicken are dotted with black sesame powder, and surrounded by a gentle broth. With the 'noodles' made from pumpkin and zucchini, this is a healthy dish that is also gluten free. 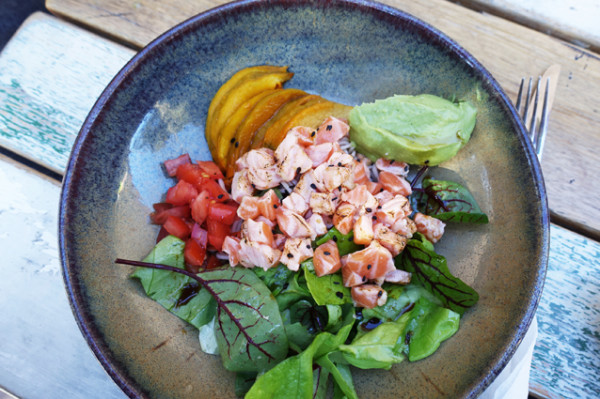 While Salmon Poke ($20) is very on-trend for Sydney right now, by switching out the rice for thin, soba noodles, and giving the diced orange fish a warm blowtorch kiss, they’ve taken the ubiquitous dish somewhere new.  After giving it a good stir, the combination of noodles, seared salmon, cooked pumpkin slices, avocado mousse, green leaves and freshly topped tomatoes (that wanted for a whisker of salt) eats better than the sum of its parts. 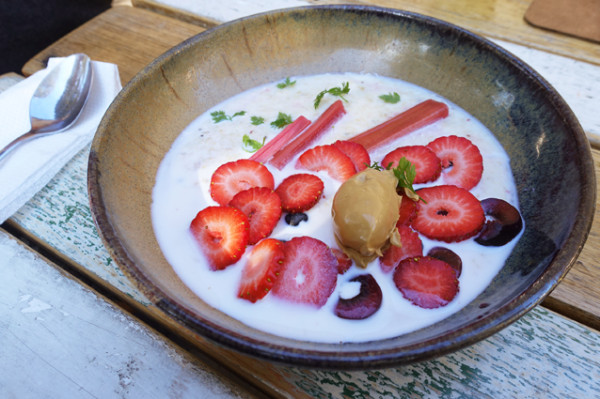 Now if you’d like your brunch to look a bit more like breakfast usually does, the Oat Porridge ($13) with fresh and poached fruit and a caramel quenelle of mascarpone eats very nicely. The collection of bright pink rhubarb, blueberries, vibrant red strawberries and dark cherries is particularly pleasing in winter when I always feel a bit fruit-starved. 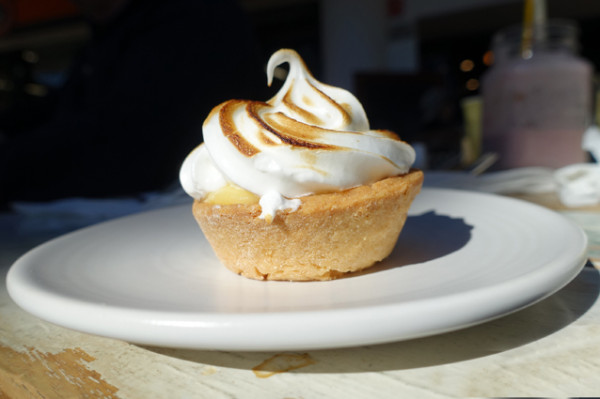 With portions here on the small side, you’re left with room to indulge in selections from their patisserie counter. 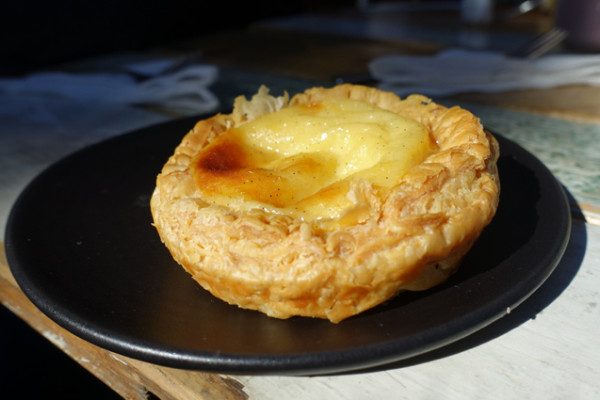 I tried a tiny Lemon Meringue ($6) presented in a slightly too thick tart shell, and a wonderful vanilla-rich Custard Tart ($5.50) made on puff pastry that shattered in a very satisfying way. Everything here is made onsite, from scratch (no pre-mixes). 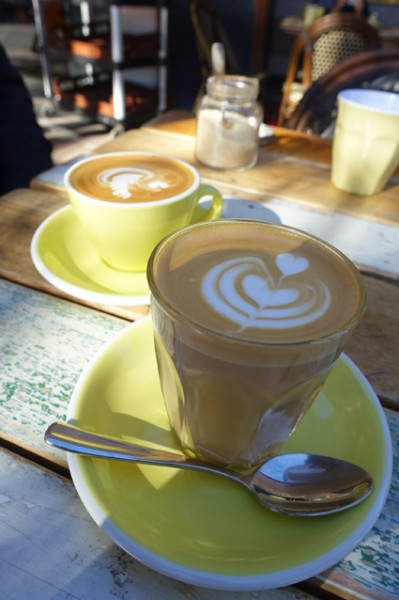 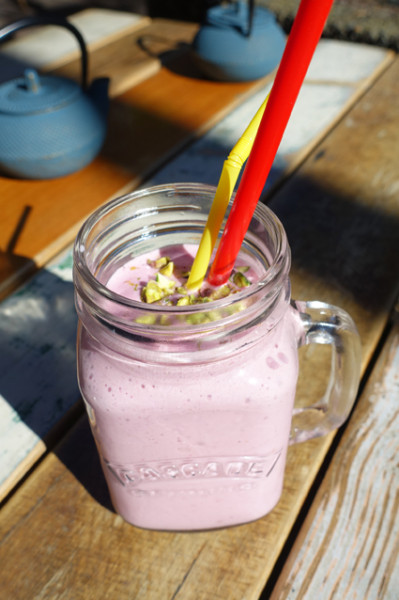 In the beverage department, you can’t go wrong with their well-made Single Origin coffee. It’s got chocolate and honey overtones when you enjoy it with milk in a Latte ($4.70) or Flat White ($4.70). You’ll also find the current café drink darlings – turmeric lattes, and third-wave coffees – but I urge you to skip them in favour of the White Chocolate and Raspberry Thickshake ($8). Made using freeze-dried raspberries, this creamy pink milk drink is a taste sensation.