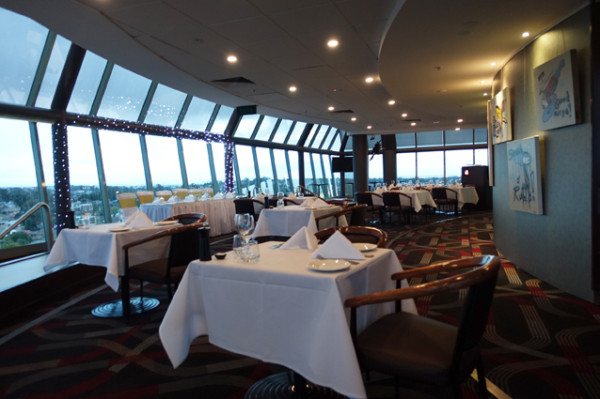 On a clear evening from Cucina Locale’s windows you can see both the city skyline and the Blue Mountains. It feels like the geographic heart of Sydney, though I’ll hazard most of you didn’t even know this revolving restaurant was here. 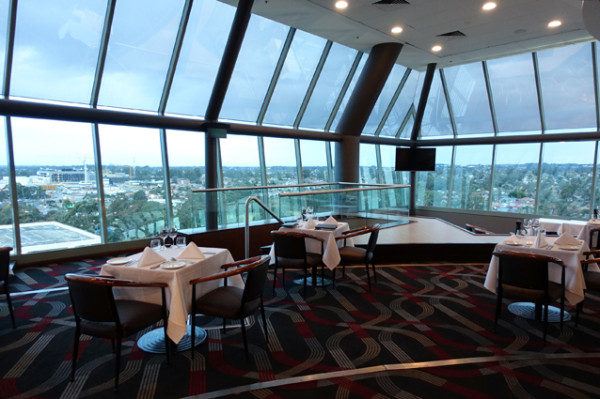 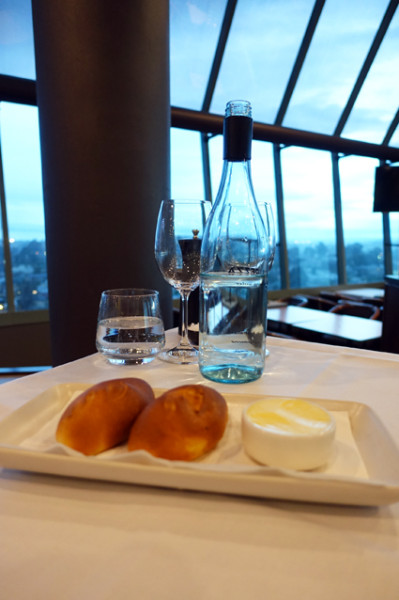 It’s not surprising really; unlike the others in Sydney’s revolving restaurant set, Cucina Locale isn’t located in a towering high-rise, or in the heart of the CBD. It’s tucked away on level five of the Blacktown Workers Club. 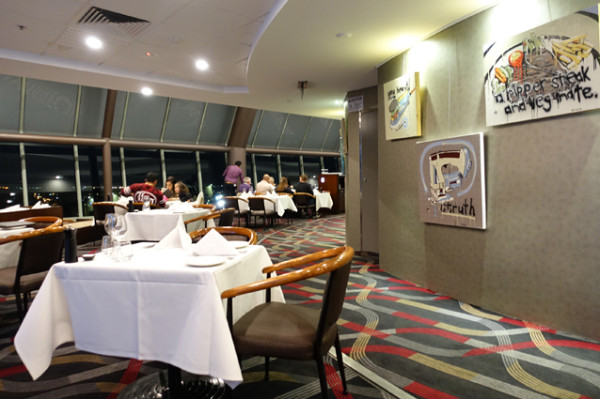 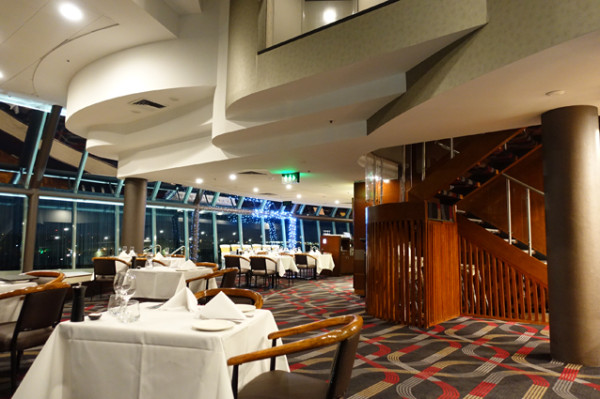 The restaurant dates back to 1994, and I’m reasonably convinced the carpet and décor are original. However it seems churlish to focus on the dated interior when the view is this good. 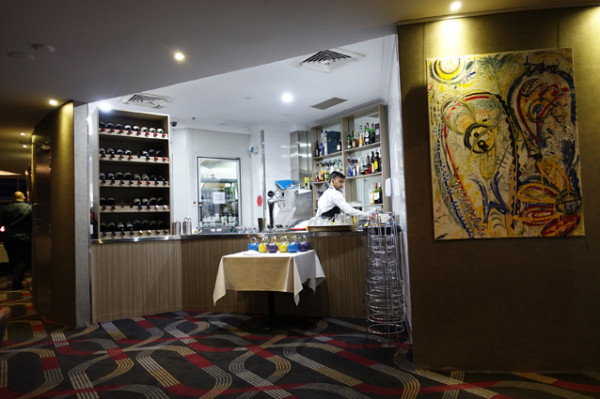 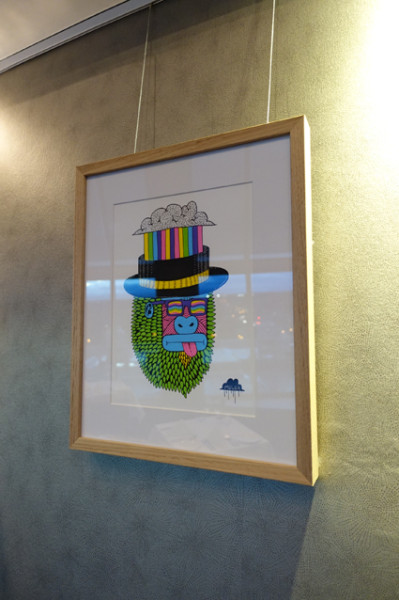 Plus if you get bored on your ambling 47 minute loop of metropolitan Sydney, there’s also an interesting local art collection running around the interior, featuring artists like Mulga. 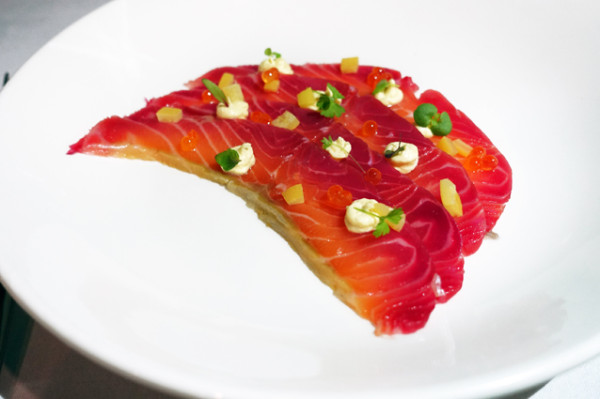 Despite the name, the food you’ll be eating isn’t strictly Italian. Chef Jessie Singh took on the restaurant after a year of it lying dormant. Singh is playing to the name’s meaning – local kitchen – rather than its linguistic origin. He explains the surrounding local government area “has 140 nationalities, and that’s what we’re trying to put on the plate.” We kick things off with a vibrant Beetroot Cured Salmon ($20) that delights the mouth with tiny cubes of salted, pickled lemon rind against dabs of horseradish creme. 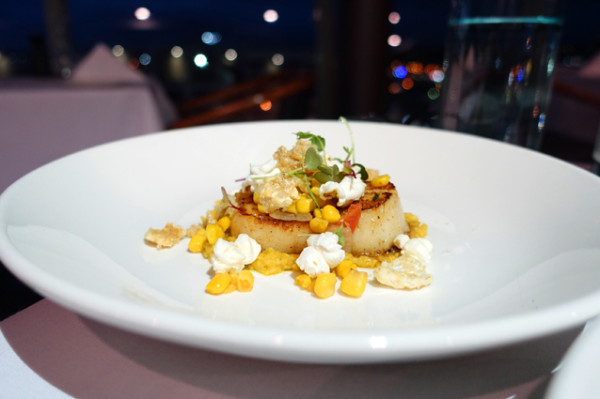 While it’s likely not the first textures of corn dish you’ll have eaten, Pan Roasted Scallops ($24) draws upon the holy union between scallop, corn and pig, very successfully. Popcorn is an unusual textural element, but it works against the smooth puree and juicy corn kernels. Crisp pork crackling adds even more crunch against the trio of perfectly cooked scallops, which arrive still translucent in the centre. 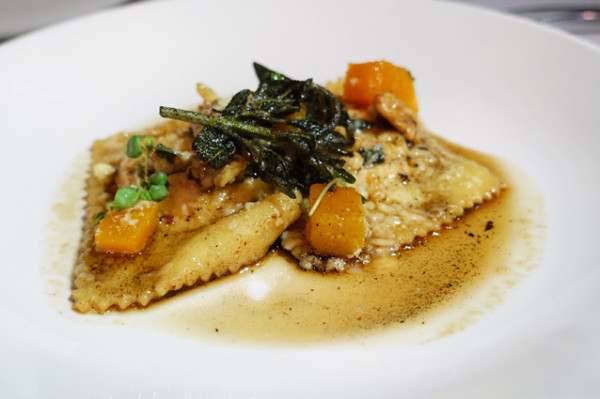 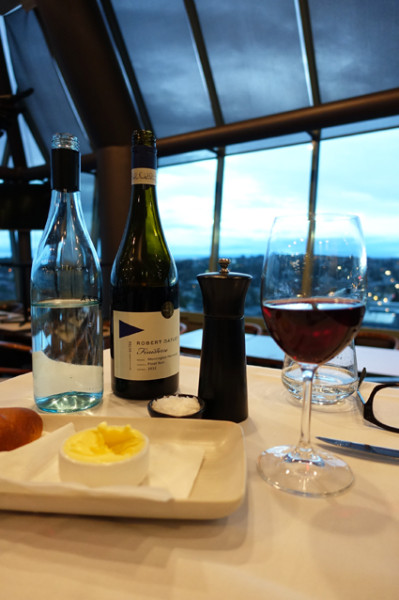 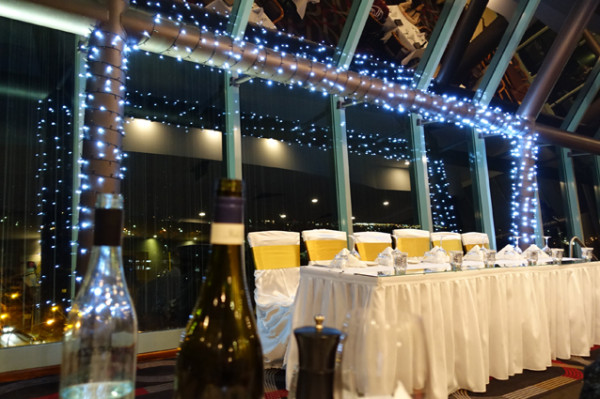 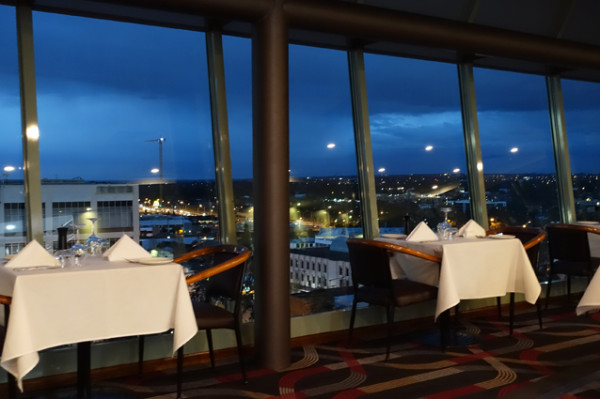 By this stage our table has completed one revolution, passing in front of the mock bride and groom set up that is cleverly set on the outside of the revolving restaurant turntable. Surrounded by fairy lights, this table is set under a camera that can live feed it to screens set in the corners of the restaurant where there’s also dance floor spaces, or room for a live band with the baby grand piano already in situ. Sadly on the evening I dined, one dance space is cluttered with stacked tables, but it's nonetheless easy to imagine this space in full swing. 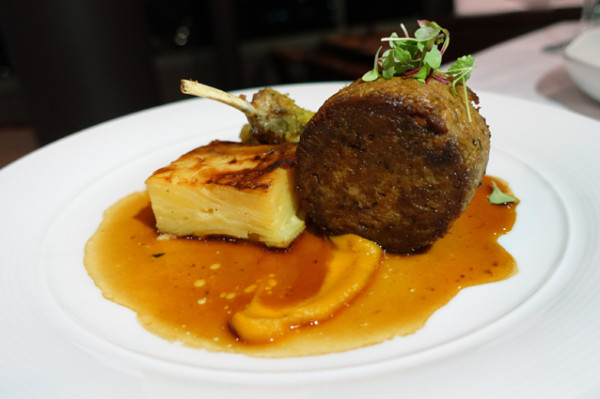 Guests would likely be well pleased with the generously proportioned mains coming out of the Cucina Locale kitchen. While pricy, the 14-Hour Braised Riverina Lamb Shoulder ($40) presents a huge wheel of beautifully rendered lamb shoulder that’s big on flavour against a crumbed lamb cutlet, sweet pumpkin puree and a textbook potato gratin. 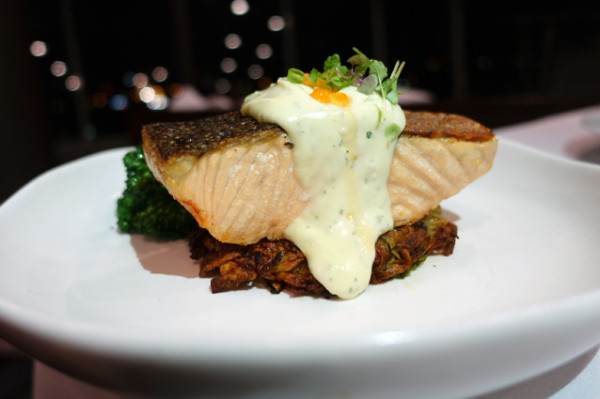 A crisp-skinned fillet of Pan Roasted Atlantic Salmon ($38) proves equally thick, and – delightfully - is cooked so it’s still translucent in the middle. It’s made into a complete meal with plentiful broccolini and tasty potato roesti with mint aioli used to unite the dish. 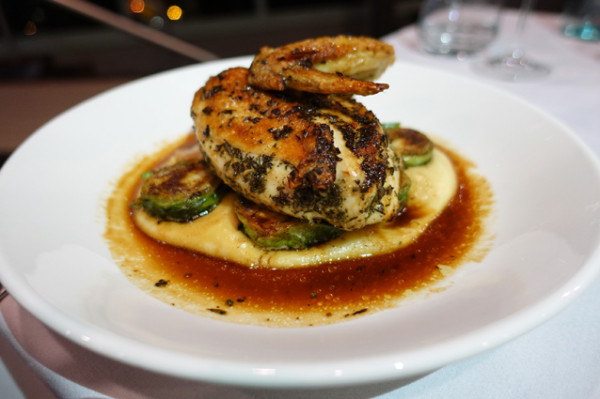 Interestingly though, it’s the Lilydale Free Range Chicken Breast ($34) that wins us over. The chook is presented skin-on and nicely juicy over a wickedly good smoked potato puree and pan-seared Brussels sprouts in a lake of great jus. It's one of the best chicken dishes I've had so far this year. 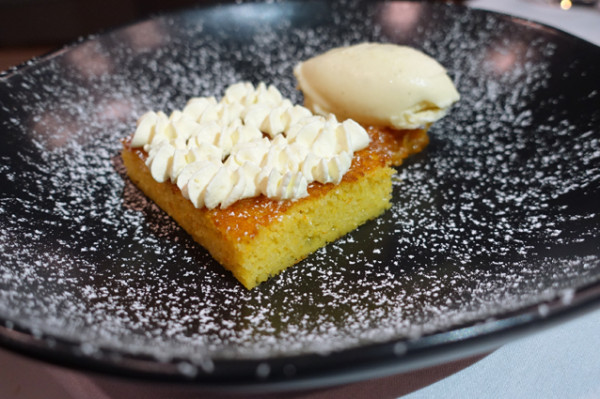 As we commence our third rotation around the lights and sights of Blacktown, we end our meal with a moist Orange and Almond Cake ($14) and a Deconstructed Lemon Meringue Pie ($15). 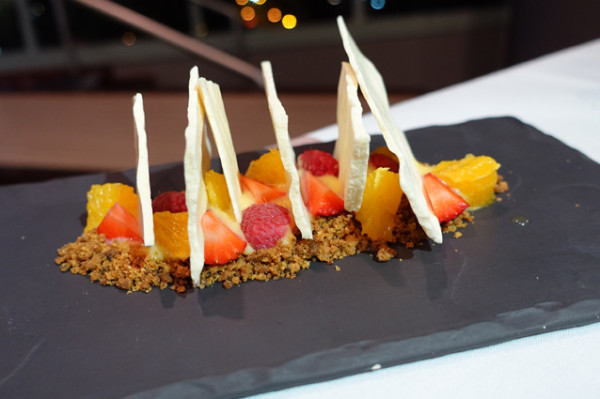 I’ll admit that while these days deconstruction has done its dash for me over the pleasure of fully assembled pies, this dessert won me over with crisp meringue sails anchored in tart lemon curd, fresh fruit and quirky quinoa crumbs.

The technically great cooking and the sheer quirkiness of this location makes me glad grateful that the Australian Good Food Guide brought Cucina Locale to my attention. It's particularly good value on Wednesday, Thursday or Sunday nights when three courses and a glass of wine will set you back $75/head. As I leave I’m already wondering what other treats are buried in Sydney’s Greater West?