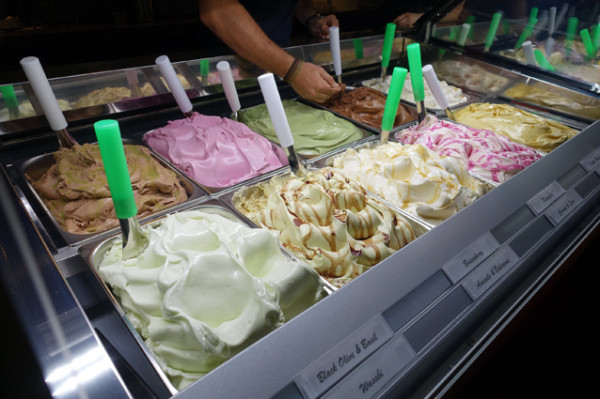 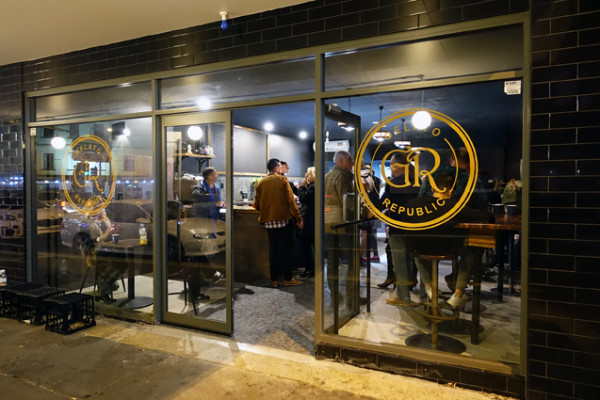 After learning to make gelato in Southern Italy, Papaianni has returned to the Inner West to present his own take on contemporary gelato. 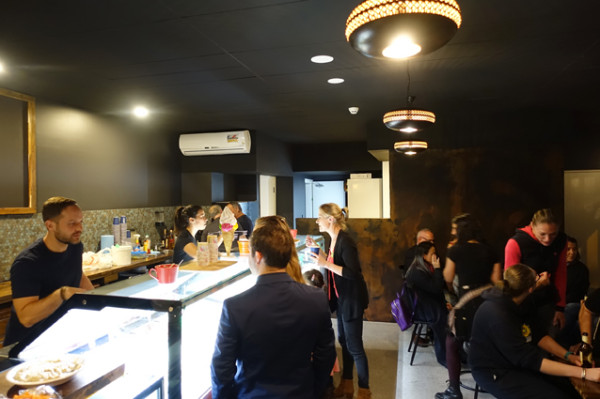 Rather than the usual temple of fluorescent light, Papaianni has created an upmarket dark and moody setting. The almost theatrical backdrop focuses your attention where it matters – on the two long cabinets of gelato. 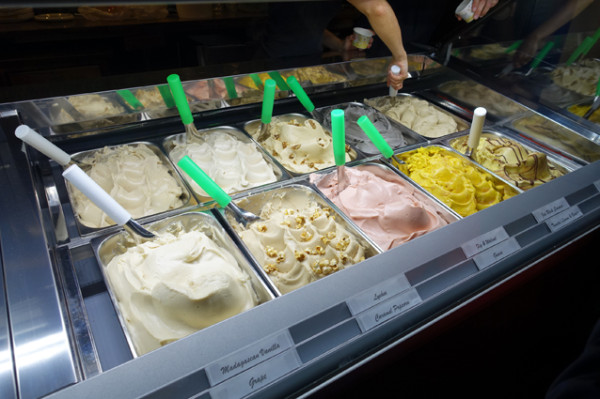 The first cabinet presents dairy-based flavours, while in the second there’s an equally big array of sorbets that are both vegan and lactose free. 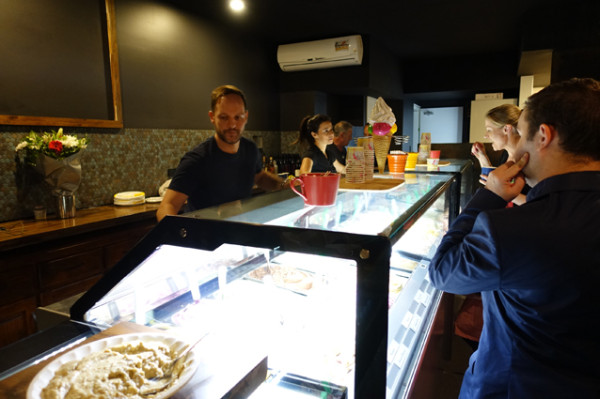 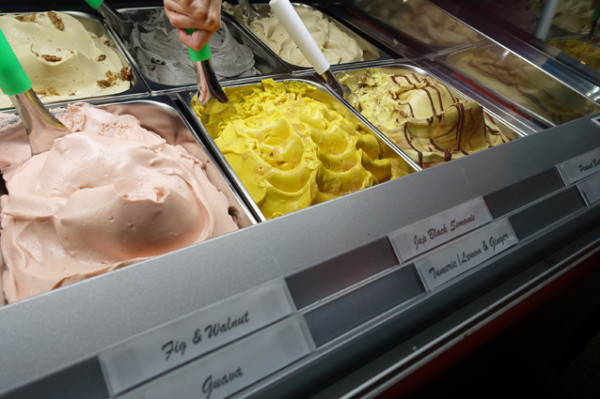 With staff handing out taste testers, I couldn’t resist starting with one of the more unusual sorbets – turmeric, lemon and ginger. It’s vibrant and punchy with a big turmeric flavour. It’s also surprisingly creamy – something Papaianni aims for with all of his sorbets. 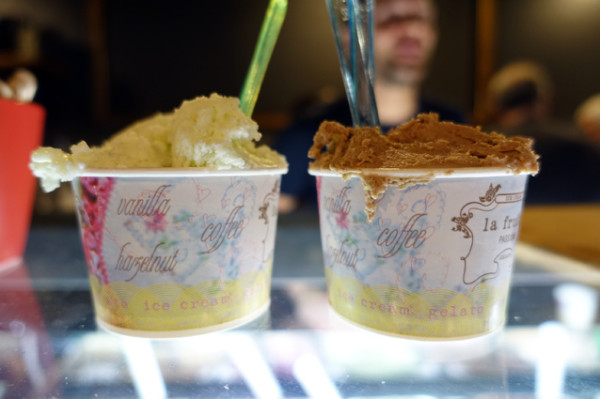 You will also find some surprising flavours in his dairy-based selection, running from a slightly too subtle avocado & balsamic, to the first olive-based gelato I’ve tried: olive and basil. It’s a remarkably adult flavour with nicely balanced sweetness against the savouriness of black olive. 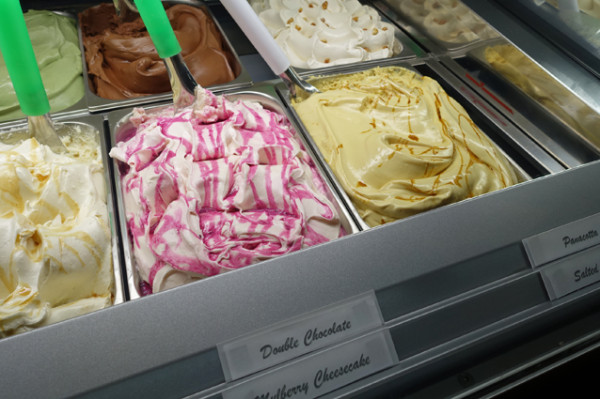 However if these two sound too weird, you will find traditional and contemporary favourites like chocolate and salted caramel, with the latter eating nicely. All of the dairy flavours are smooth and ice crystal free, and surprisingly, they don’t leave you with a furry tongue. The best thing I put in my mouth was wasabi gelato - it’s a pretty pale green and packs an intense wasabi hit. It’s remarkably refreshing and palate cleansing, and would be a winner with jalapenos on a summery carpaccio of raw kingfish.