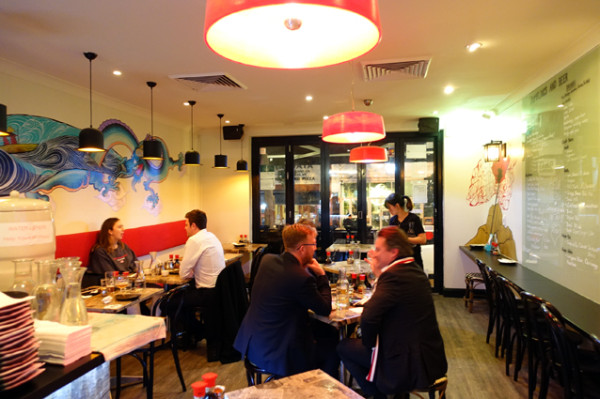 While it’s not likely to win any awards, the second outlet for Dumplings & Beer in Stanley Street, East Sydney, is a good spot for a fast, no-frills feed. Decorated with red fabric lights and a wall-sized dragon mural, and playing kung fu films with the sound off on one wall, the restaurant takes over street level in a two-storey terrace. 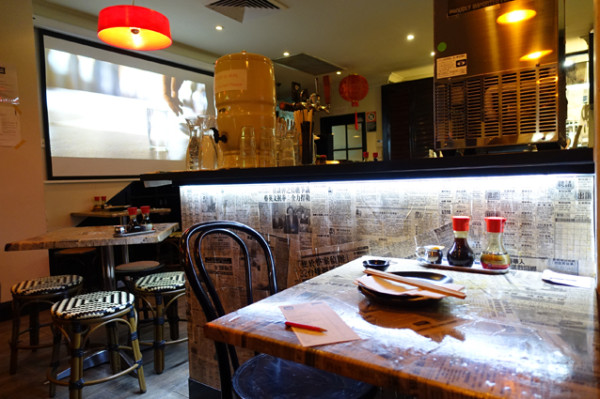 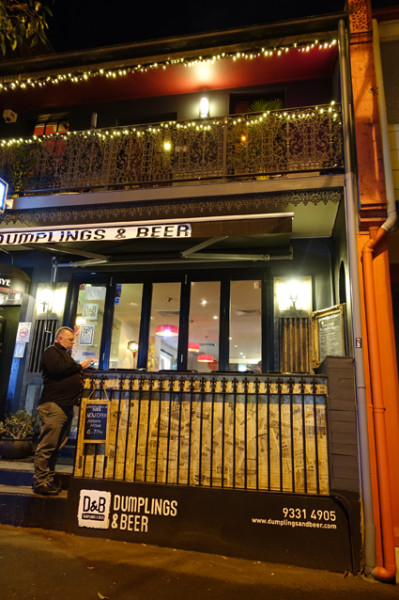 Pull up a stool, or a seat on the red banquette, and on the newsprint-covered, lacquered tables you’ll find an order pad and a pencil. 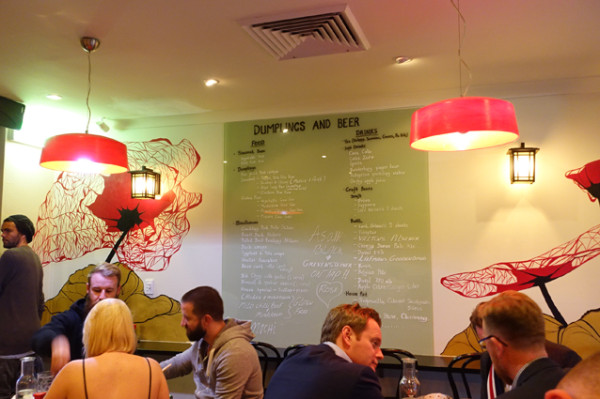 Go nuts, stuff is cheap for Darlinghurst, and serves are small enough to allow you to order a diverse dinner without much coin. 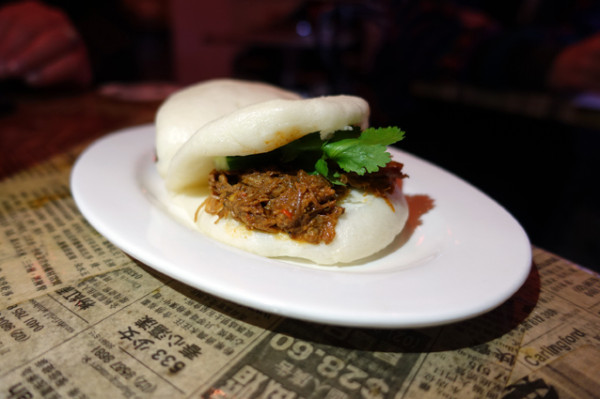 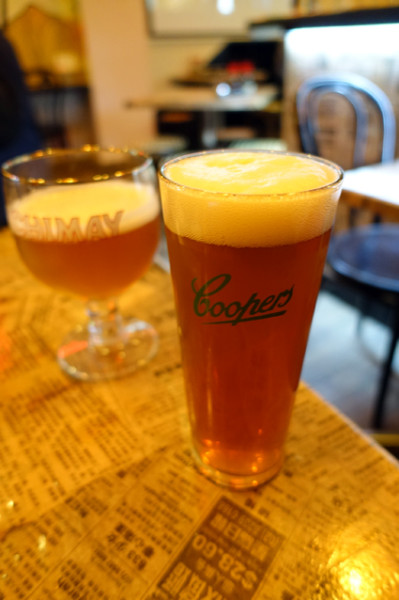 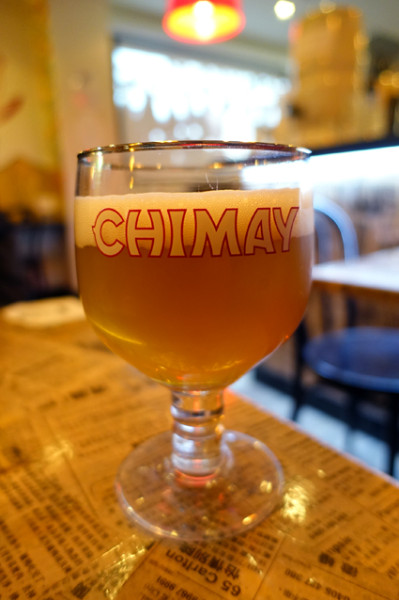 Obviously, as the name suggests, you should match your bao with beer. We try out their House Draft Beer ($8) – an on-tap Grevensteiner – but hedge our bets with a Chimay Dorée ($12). To be honest, my preference is for the latter, a light and refreshing Belgian beer that is dominated by hops, citrus and coriander. The beers are passed to us over the side of the bar, rather than brought to our table, which is odd, but fits with the low-key, write-your-own-order style of place that it is. 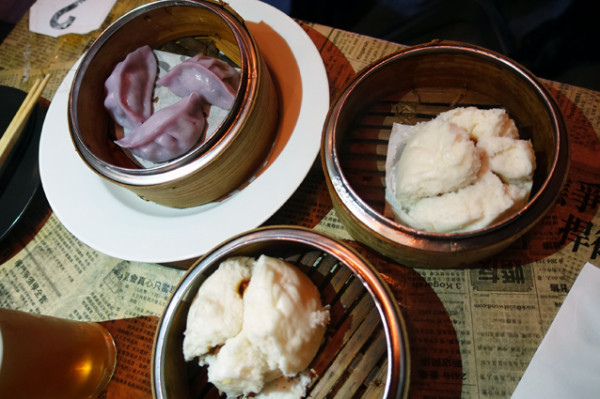 The mostly young crowd does not seem to mind that Dumplings and Beer don’t stand upon ceremony. They’re too busy quaffing fluffy BBQ Pork Buns ($3/each) packed with red, sticky pork, and ordering steamer baskets of dumplings. We hit up the Mild Chilli, Beef and Mushroom Dumplings ($12/3), which arrive in purple dumpling skins that are have a reasonable thickness and a good amount of filling. We dip them in a soy and vinegar mix that pleases my dining companion - he’s prefers Lee Kum Kee to the usual Kikkoman domination.

The friendly staff and reasonable prices make up for them not being the most amazing dumplings I’ve ever eaten.