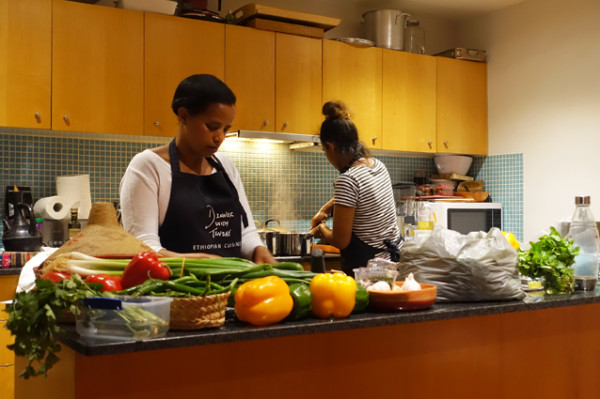 My latest dinner party began with the late afternoon arrival of Tinsae and her assistant, Mercy. Accompanied by an avalanche of mysterious bags and aromas, these two Ethiopian women set about preparing an Ethiopian feast in my home kitchen. 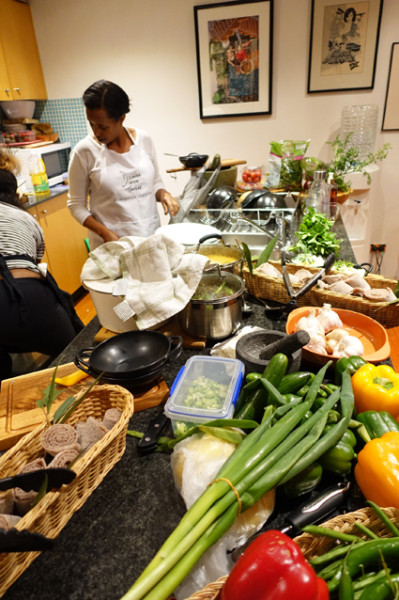 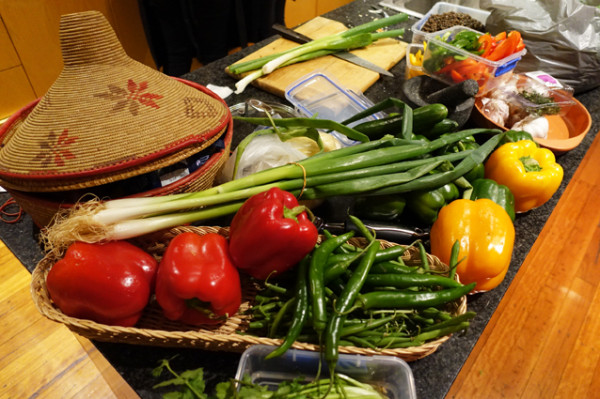 Before you say something awkward - like you’re reasonably sure Ethiopians don’t eat feasts - it’s probably time to update your conception of this country. While it doesn’t end up on our televisions often, it’s certainly more diverse than the Ethiopia you remember from World Vision advertisements. 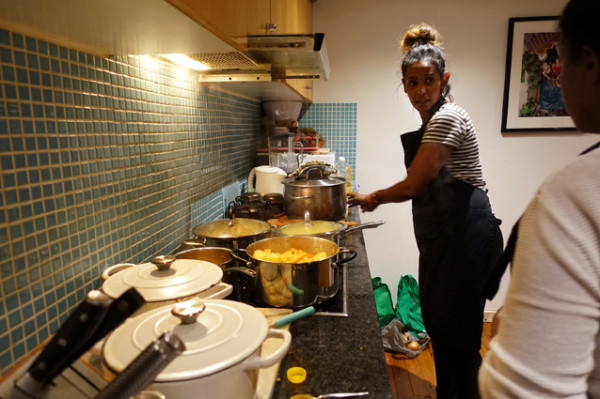 My own understanding shifted through the course of two meals in Blacktown, one at the now-defunct Blue Nile, and another at Abyssina. In one corner of the Abyssina dining room, a television offers glimpses of modern Ethiopia. Far from a dusty desert of starving children, you'll find beautiful university campuses in the capital, Addis Abeba; and enjoy singing and dancing women wearing vibrant habesha kemis, traditional (and fashionable) Ethiopian dresses. 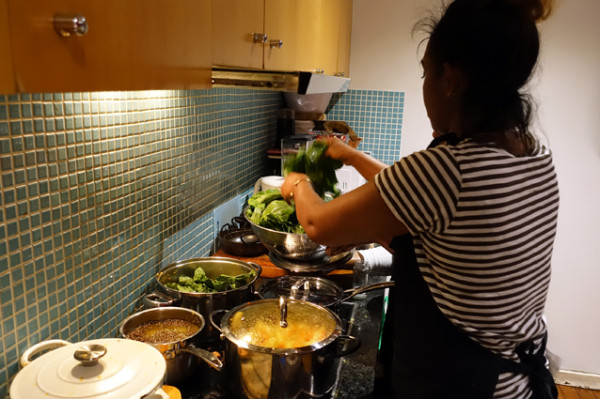 Both meals spiked my interest in Ethiopian food and culture, and by progressing down that trail I eventually discovered Dinner With Tinsae. After immigrating to Australia and settling in the Blue Mountains, Tinsae Yigletu began popularising Ethiopian culture and cuisine using Ethiopian coffee ceremonies at markets and events. Ethiopia is widely recognised as the birthplace of coffee, and Ethiopians have a particularly fragrant way of roasting the green coffee beans in a clay pot called a djebena. Tinsae's Djebena Coffees business soon extended to cooking classes at the Auburn Community Centre. Her latest initiative is a series of dinners at her own home under the name Dinner with Tinsae. 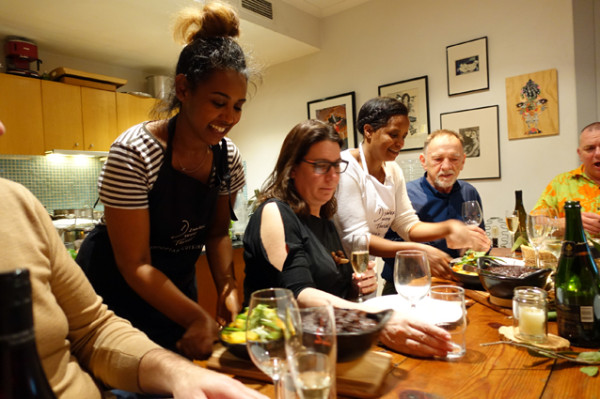 We gathered together six friends and enticed Tinsae to cater a private dinner party in our home. After torturing us hosts for several hours with the most wonderfully fragrant cooking aromas, she introduced our dinner party guests to Ethiopian cuisine. 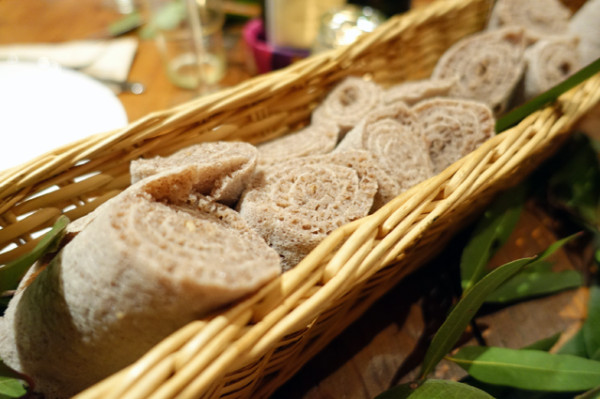 The meal began with baskets of Injera, rolls of pliable, pancake-like bread with the tasty tang of fermentation. We were encouraged to unroll them on our plates and dot them with wot (thick stews) and assorted accompaniments. 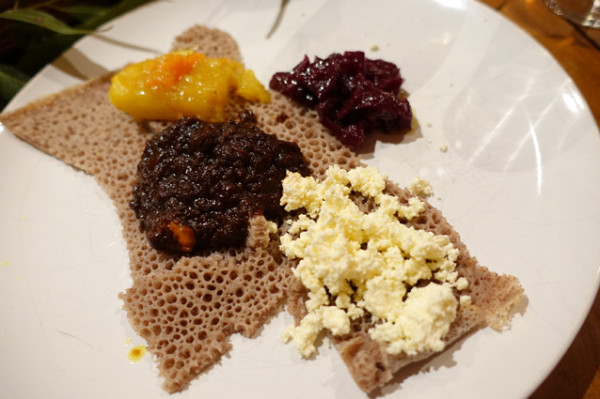 In Ethiopia, it is traditional to eat with your hands, using the injera to collect the wot and deliver it all to your mouth. Tinsae explained this, but also gave our guests the option of cutlery. 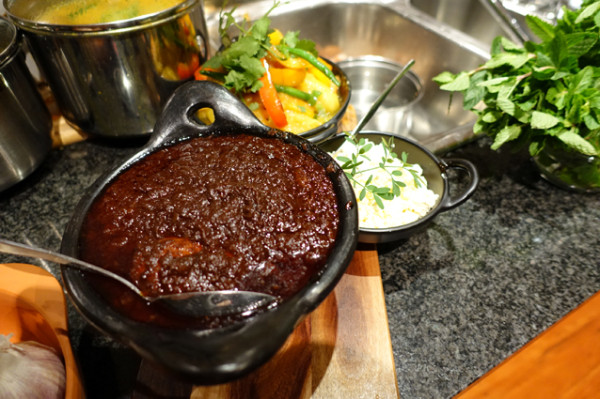 The highlight of the meal was Doro Wot – a spicy Ethiopian chicken stew. It’s pretty much Ethiopia’s most famous dish, and is usually reserved for celebrations because it takes many hours to prepare. Like an Indian curry, the magic is in the slow cooked onions. 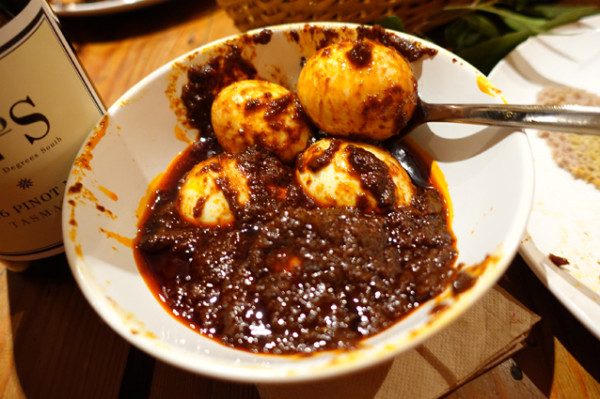 As we had vegetarian guests, Tinsae served this dish in two parts – one with chicken drumsticks, and the other with boiled eggs. The rather astounding thick gravy is flavoured with Berbere, a complex Ethiopian spice blend featuring up to fourteen different ingredients. 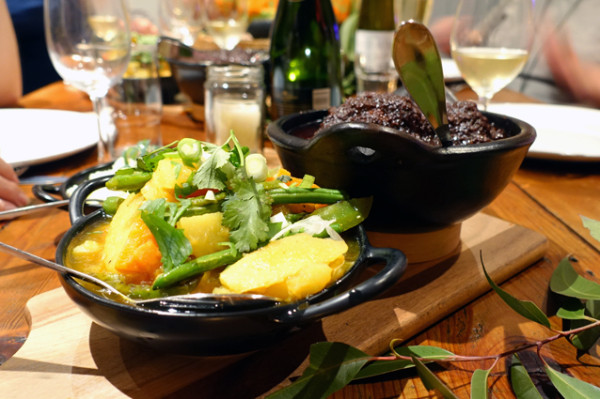 The Doro Wot was served alongside a colourful vegetable stew – Atkilt Wot – made with cabbage, carrots, green beans, capsicum and potatoes. 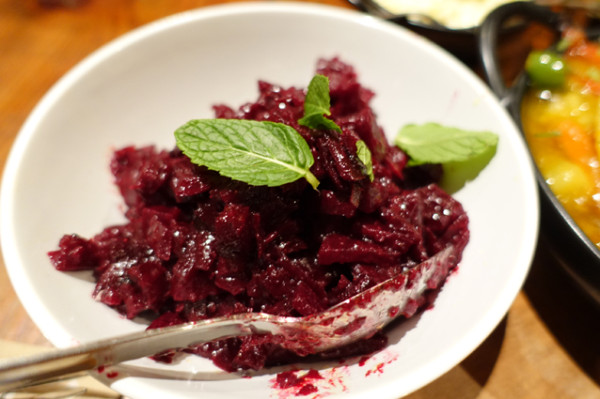 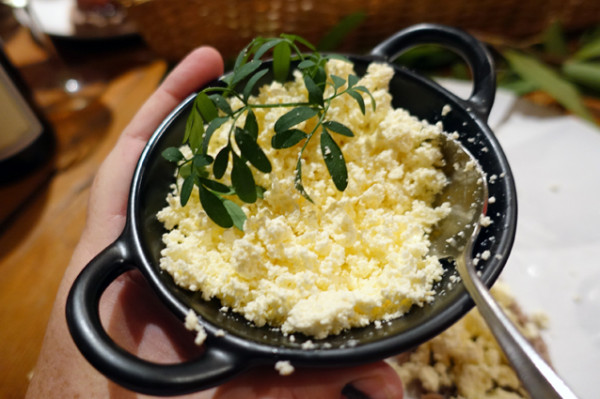 Bowls of earthy roasted beetroot and home-made Ayib, a feta-like cheese also made their way up and down our dining table. 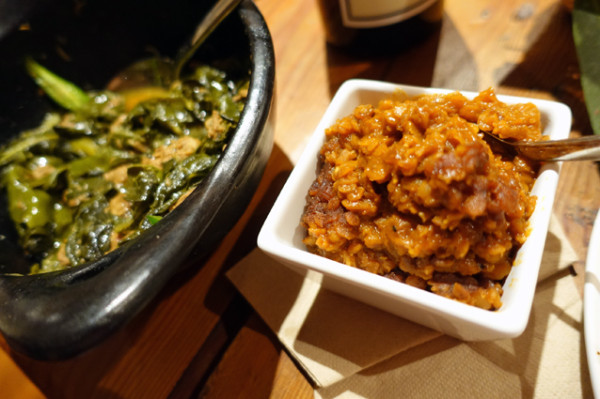 Another meal highlight was Misir Wot, a deep red lentil dish that uses the same berbere spice mix as the chicken stew, but somehow manages to taste completely different. It was great rolled in injera with a scattering of Ayib for a hint of creaminess. We also ate lamb and spinach stew - Gomen be Sega - with a vegetarian version made using slow-cooked, skin-on pumpkin that I liked even better. 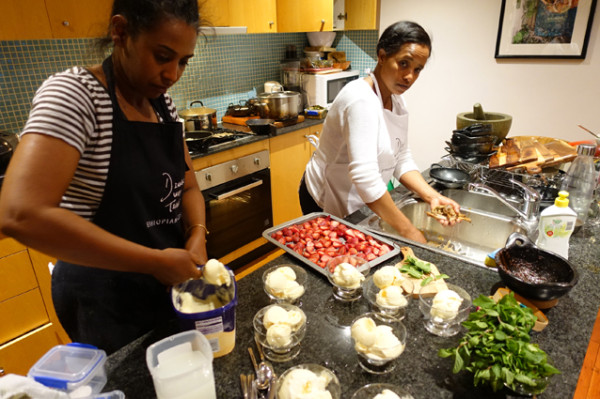 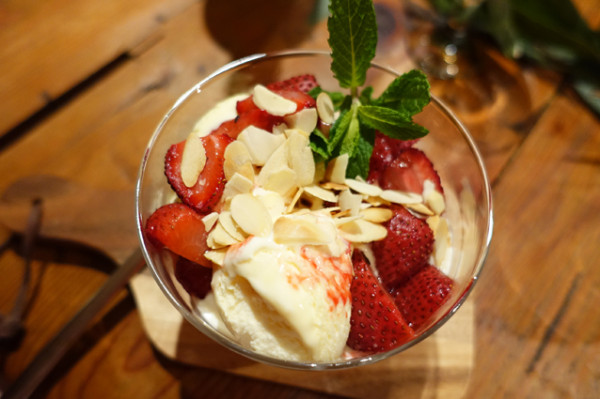 After feeding all eight people, there was still plenty of food to spare. Our chefs packaged it up and it ended up feeding the hosts for rest of the weekend. While our guests all tucked into a pretty (non-traditional) dessert of ice cream, nuts and berries, Tinsae got the all-important coffee on. 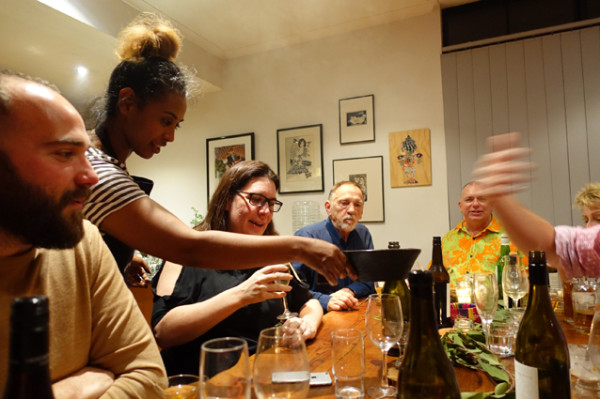 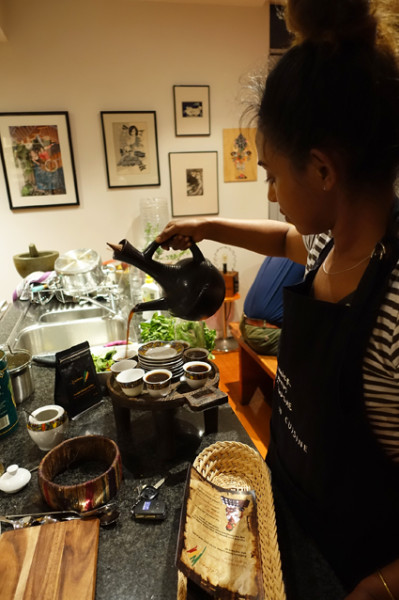 A wonderfully earthy aroma generated by the roasting beans, consumed the whole dining room. The beans were then ground and brewed in a special djebena (coffee pot), then served sweetened in small cups. On the edge of each cup is a leafy herb, called herb-of-grace (or common rue), which you dip into the coffee to flavour it and remove bitterness.

Coffee is more than just a beverage to Ethiopian people; it’s a ritual to bring people together. It was a wonderful conclusion to our own private Dinner With Tinsae - a meal I felt privileged to eat.