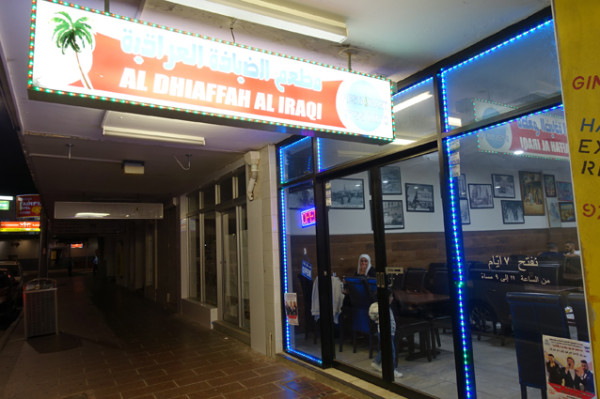 Hassan Mahady opened Al Dhiaffah Al Iraqi in Fairfield in 1997, and back then, it may well have been Sydney’s first Iraqi restaurant. 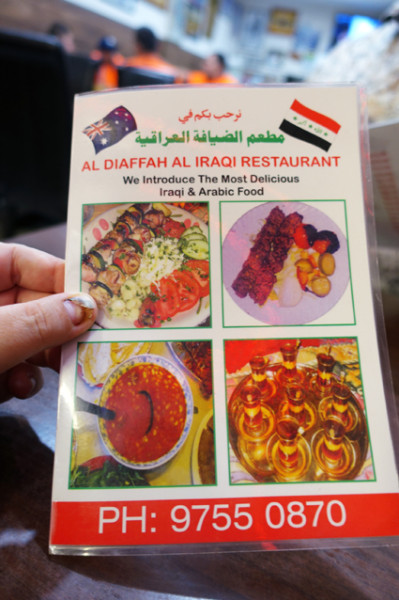 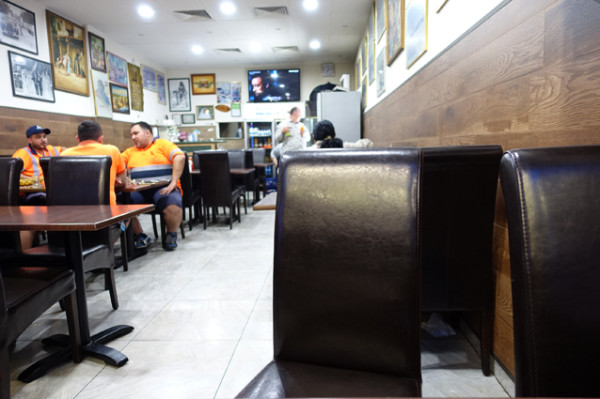 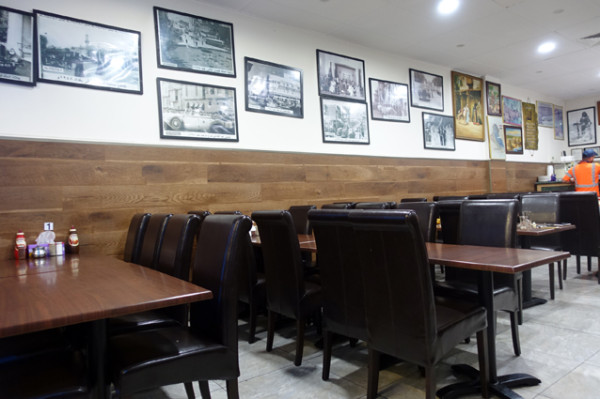 We’re greeted warmly, and ushered into a table of our choice that is surrounded by high-backed chairs. The walls are covered with fading monochrome images of old Iraq, which make a nice change from colour-saturated images of the Iraqi Civil War and ISIS that grace our television screens. 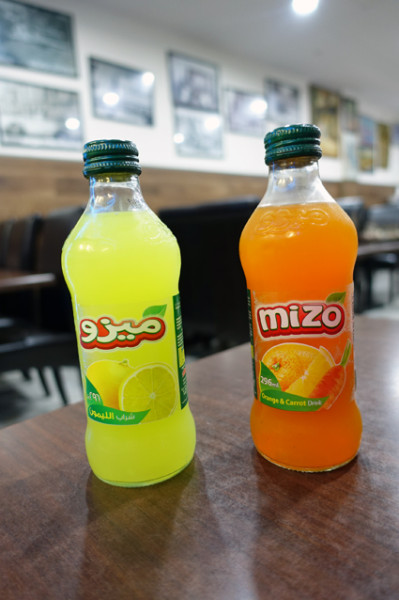 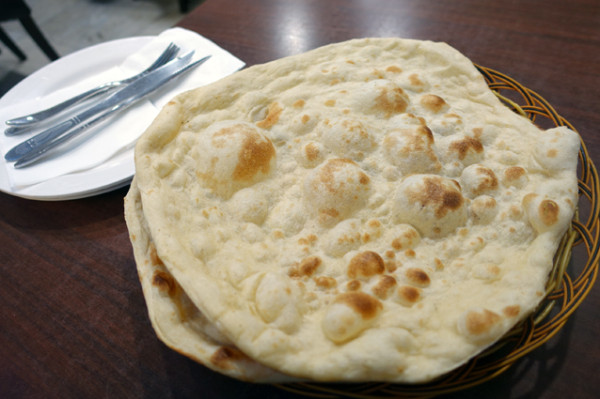 We help ourselves to two drinks from the fridge – Mizo ($3/each) in orange and lemon. The short, laminated menu here only contains ten different dishes, though you can eat a few of them in different ways. We opt for Combination ($18) that offers up three different barbequed meats. First thing to land are two fluffy flatbreads. Their warm pillowy texture makes them hard not to hoe into. 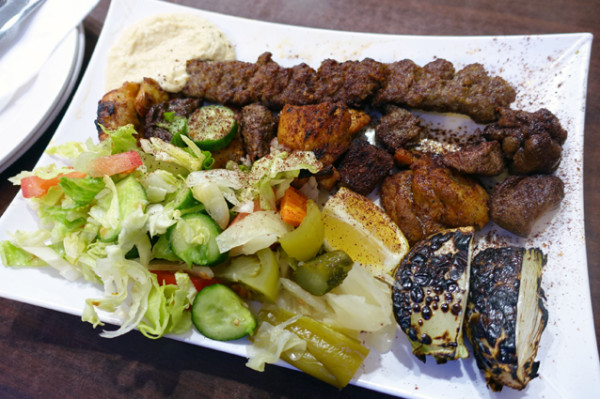 Luckily hot on their tail is a generous platter of sumac sprinkled meats, pickles, hummus and salad. Tika – or barbecued lamb cubes – are well charred on the outside, and still tender and quite juicy inside. There is also chicken tika presented in slightly bigger pieces, and a long tube of kebab that’s been pressed onto a metal skewer giving it the characteristic braid-like shape. The accompanying darkly charred onions are particularly tasty here too.

It’s a good and inexpensive introduction to this long-running Iraqi restaurant that feeds two people quite easily.