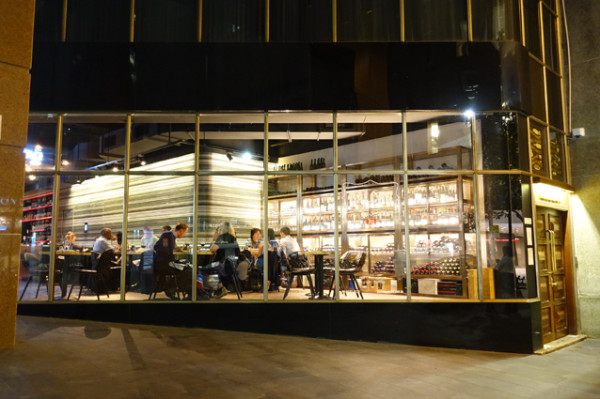 "This is a two visit spot,” explains Lucie Cox, our proactive and very attractive waiter. She’s a career waiter, moving over from neighbouring Chophouse, and she’s excellent at her craft. By taking control of our meal, and quelling our F.O.M.O. (fear of missing out) with her two visit comment, we get precisely the right amount of food because we don’t try to jam in too much. 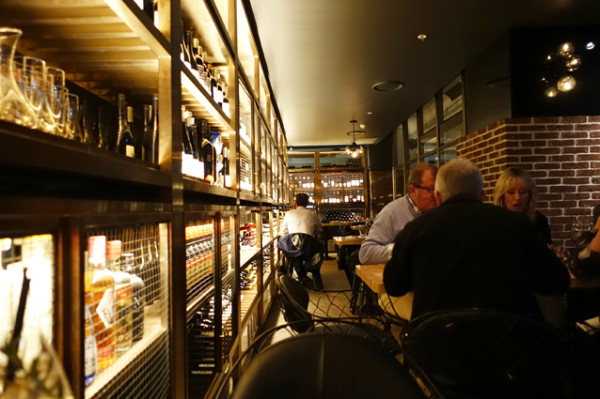 Like the rest of the engaged floor team, Lucie moves quickly and we’re rapidly triple parked and eating in a jam-packed restaurant on a Wednesday night. 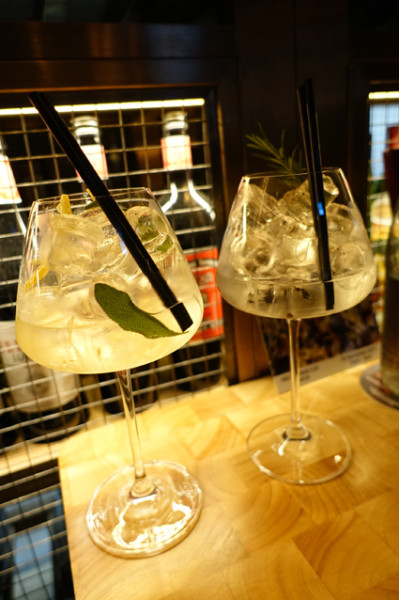 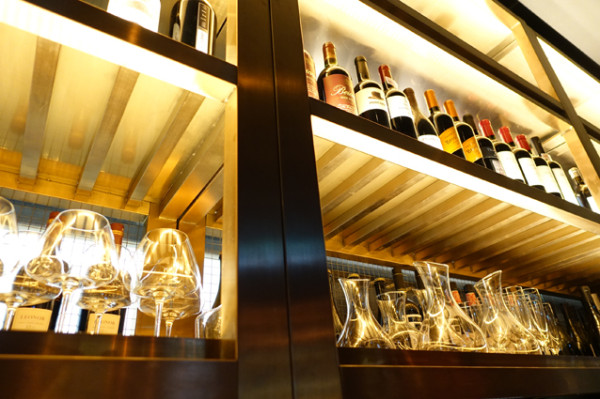 We dull the memory of the busy workday with large icy balloons of gin – Numero O ($22) and an even better Gin Mare ($22). They're each matched to botanicals and presented with Vichy Catalan tonic water on the side. The Gin Mare's accompanying rosemary and whole black peppercorns creates a very classy G+T. 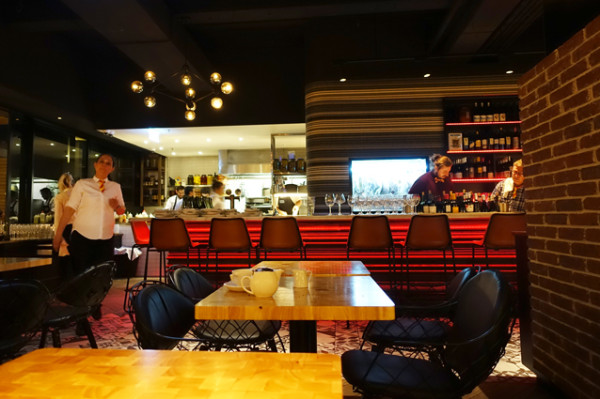 The restaurant we're in is called Balcón, which, along with more recent sibling Born, is an offshoot of the ever-popular Tapavino sherry bar. I suspect owner Frank Dilernia might have got sick of turning people away, for while I returned to Tapavino a number of times after my 2012 review, I got turned away as many times as I managed to visit. 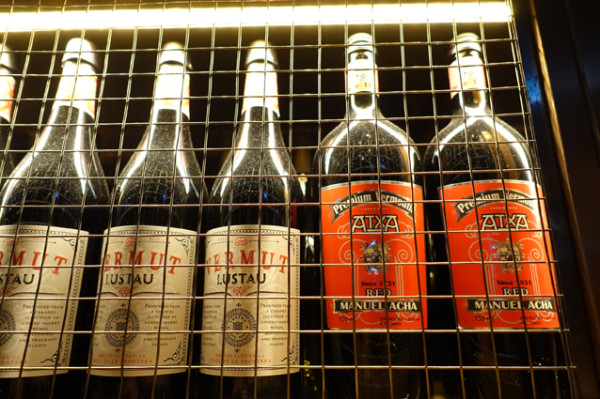 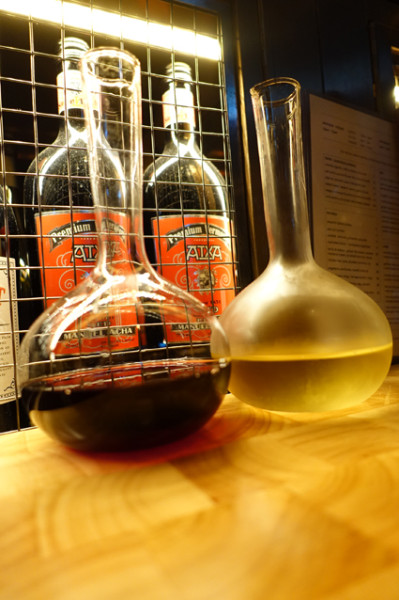 We're seated at the redder end of the restaurant amongst the wine cages, eyeing off orderly rows of Spanish reds. Despite all the clever flavour signposting, the wine list here is still an intimidating tome. It's late and we're starving, so we decide to play Battle Garnacha from the by-the-glass list. We pit the 2013 Purita Dynamita D.O. Madrid Garnacha ($37/375ml) against the 2014 Jordi Miro D.O. Terra Alta Garnacha Blanca ($39/375ml). Lucie endorses the game plan, rustles up an extra set of glasses and our wines in two stylish carafes - no mean feat on a tiny table. 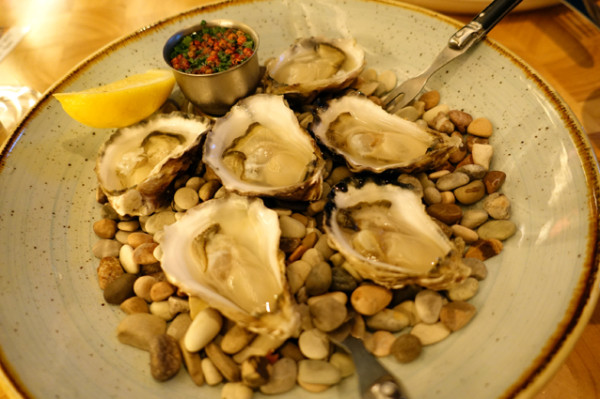 Merimbula Oysters ($28/6) are tiny and beautifully shucked, with the adductor muscles neatly separated from the shells. They eat fractionally creamy, so both the fresh lemon and Cava dressing floating with pink peppercorns, are put to good effect. 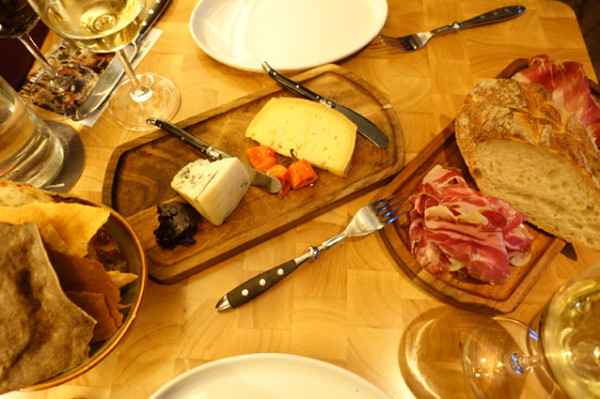 Being seated with the jam-packed ham store (housed inside the attractive striped feature wall) in plain view, it’s impossible to forgo charcuteria. 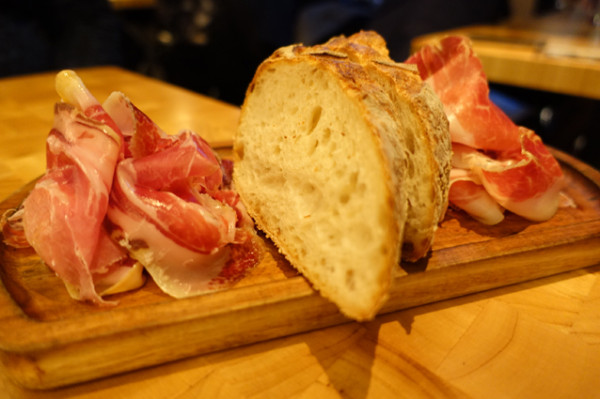 We pit jamon (leg) against paleta (shoulder) in battle Iberico Cebo ($36). It’s won by the shoulder that's cut with ribbons of silky, creamy white fat against our red Garnacha; though, interestingly, the more subtle leg ham goes better with the white grape. 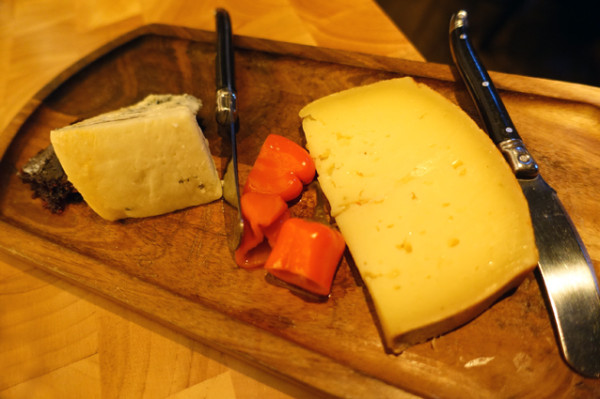 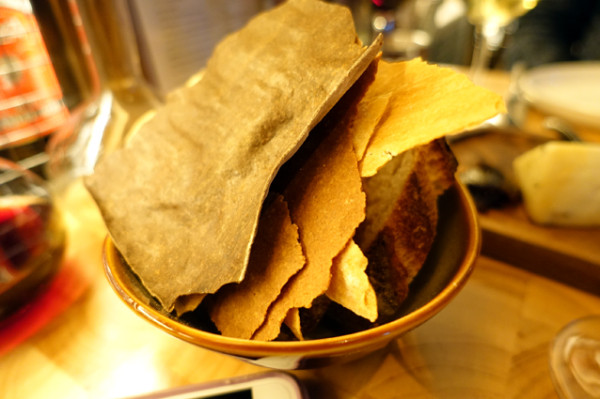 With few matches as pleasurable as wine, bread, ham and cheese, we opt to accompany our cold cuts with a 2 Cheese ($24) selection from their short Aussie-Spanish list. The standout, Los Hermanos, an Australian washed rind cows’ milk cheese, comes from a collaboration between Section 28, an artisan cheesemaker in the Adelaide Hills, and Head Chef Todd Garratt. It’s nutty and creamy with a soft, yielding texture, becoming more pungent as it warms. 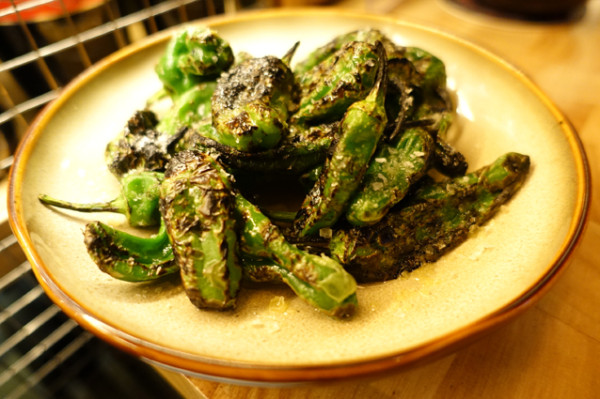 Spying scorched Padron Peppers ($12) on the menu, I can’t resist. They’re well handled with good char, Arbequina olive oil, and crunchy Murray River pink salt, but the peppers themselves are a bit disappointing, with none in our bowl having any of the expected Russian roulette-style random heat. 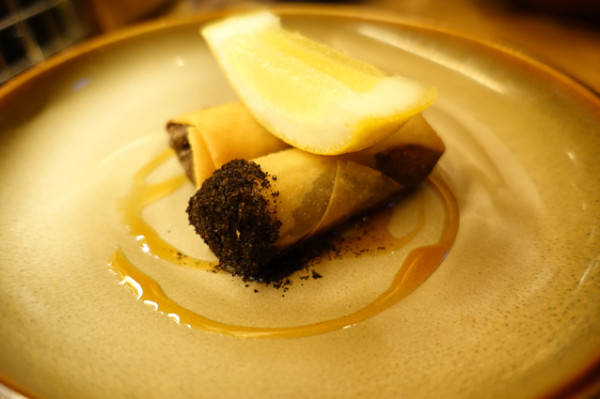 This restaurant really lends itself to relaxed eats that accompany wine. With our noses in our red, we punctuate sips with mouthfuls of crunchy Morcilla Cigarillo ($7/each) dragged through saffron honey and coated in onion ash. They’re earthy, tasty and very more-ish. 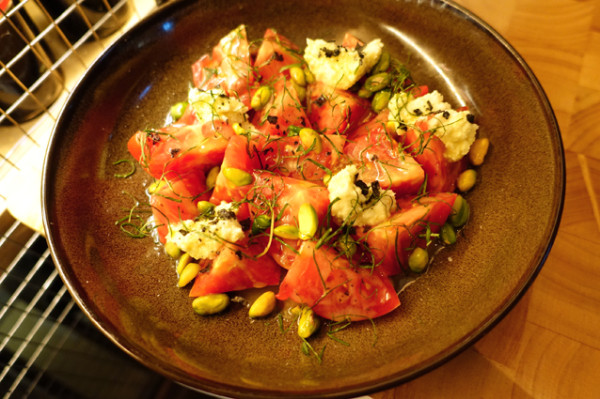 Being adults we don’t order more cigarillo, instead we eat some salad; the Ensalada Del Dia ($16) in fact. This dish pays homage to the beauty of heirloom tomatoes. The wonderfully firm and toothsome chopped tomatoes are treated to a honey-mustard dressing, with blobs of ajo-blanco (a macadamia cream paste), dill and pistachios. 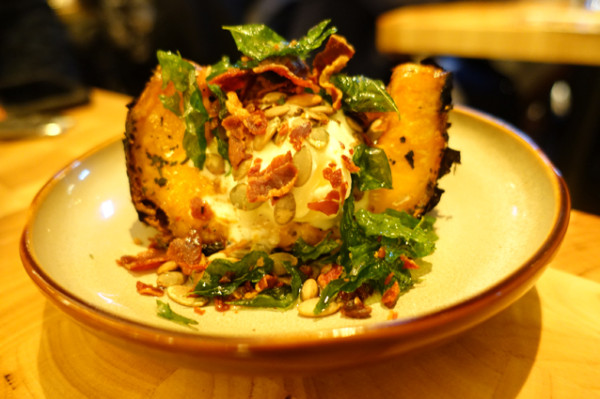 We throw in more vegetables with a Charcoal Roast Pumpkin ($14) side that tarts up the sweet root vegetable with curry leaf, pepitas, brown butter and jamon, then tops it with a dollop of cultured cream. 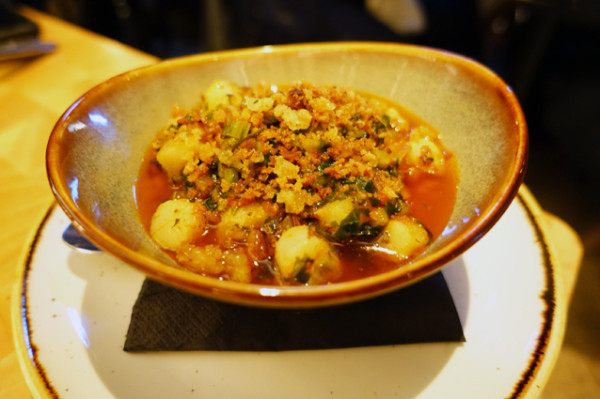 For something left of centre, the Scallop and Oloroso Baked Custard ($21) fits the bill. This baked custard dish topped with scallops reminds me of Japanese chawanmushi, but it has been taken in a Spanish direction with Oloroso sherry, making it more reminiscent of Sichuan-style steamed eggs.

It’s Spanish, but not as you might know it. Come and eat it if you’re ready to break free from patatas bravas.