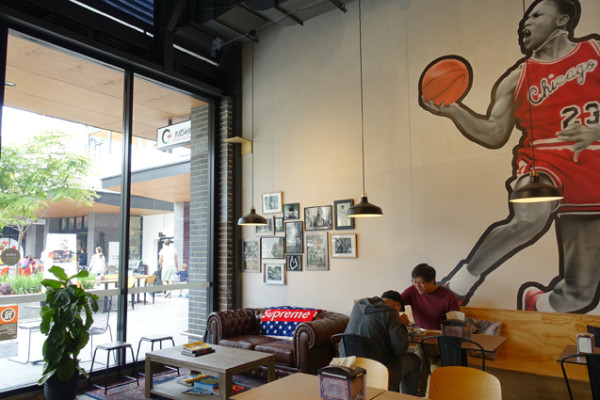 Burgers Anonymous burst onto Sydney’s - possibly saturated - burger scene in early 2016 with a store on Oxford Street, Darlinghurst in the old Wok On Inn site. In a relatively short period they’ve expanded to Balmain, opening an outlet inside the unassuming William Wallace Hotel, and another here in Clemton Park Shopping Village. 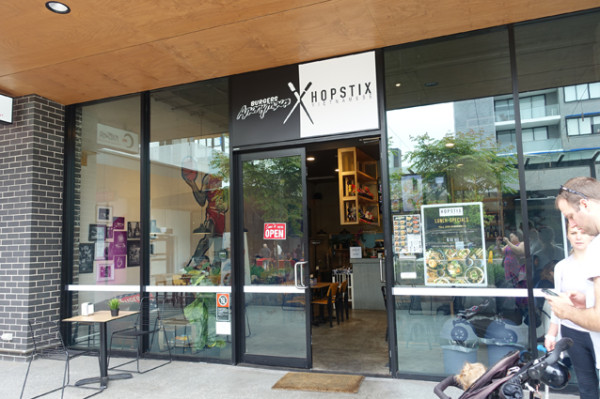 This store is called Burgers Anonymous X Hopstix, and it feels a bit like two stationary food trucks have decided to join forces and get out of the caravan.  In true modern melting pot style, you can get your burger fix alongside fresh Vietnamese dishes running from pho to vermicelli bowls. 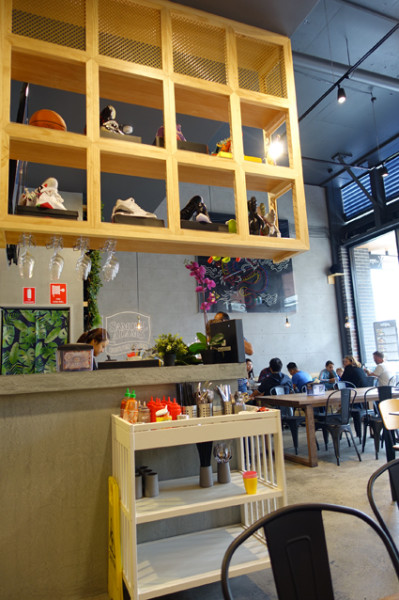 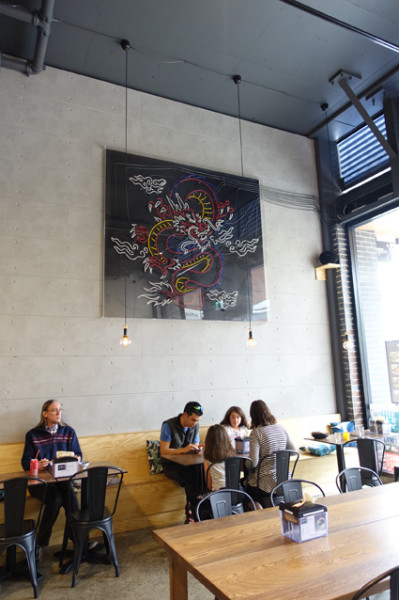 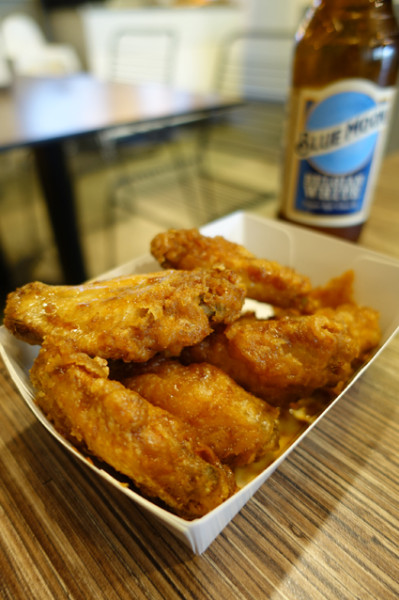 It’s a funky modern space with lots of height that they put to good use with Asian influenced neon on one wall, and a giant Chicago Bulls player on the other, complete with a sneaker collection displayed on the shelves over the counter. 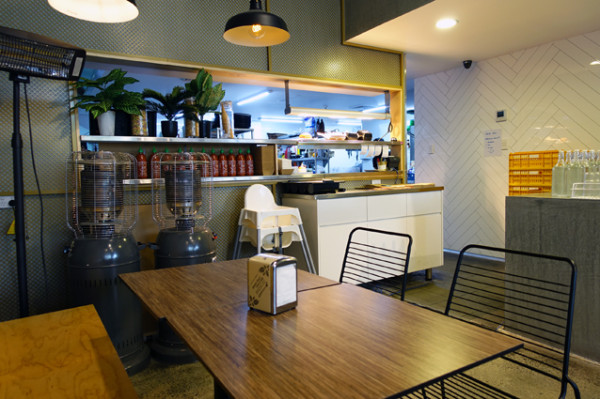 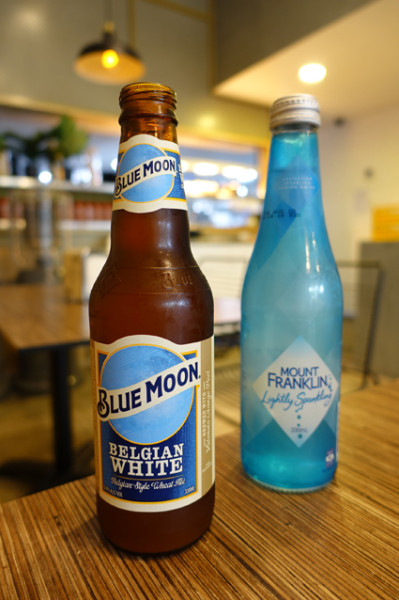 We pull up some plywood banquette and get stuck into a Blue Moon ($8) from their collection of beers, backed up by wines and a small range of spirits. For a drinking snack, the Garlic Soy Wings ($9/6) have got that Vietnamese flash-fried crispness against moist (but not slimy) chook within. 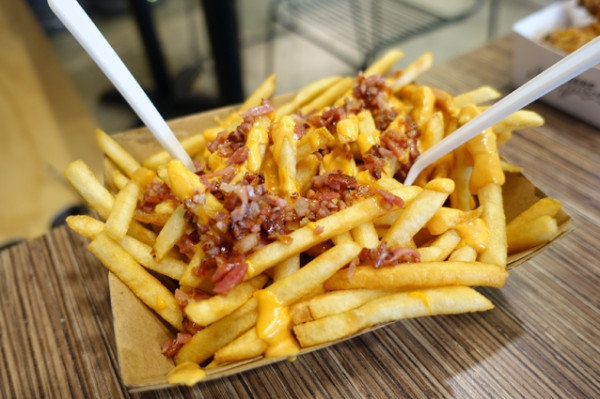 Truth be told, I’d actually skip wings in favour of the Loaded Fries ($6) which are topped with their house-made “crack bacon” - because, you know, it’s as addictive as crack – and their signature Burgers Anonymous sauce. The crisp, non-oily shoestring fries do seem addictive. The sweet maple-glazed diced pig is applied in exactly the right quantity to balance the pickle-like edge of the Burgers Anonymous sauce, and there are plenty of fries left unslathered. It's hard to stop eating them. 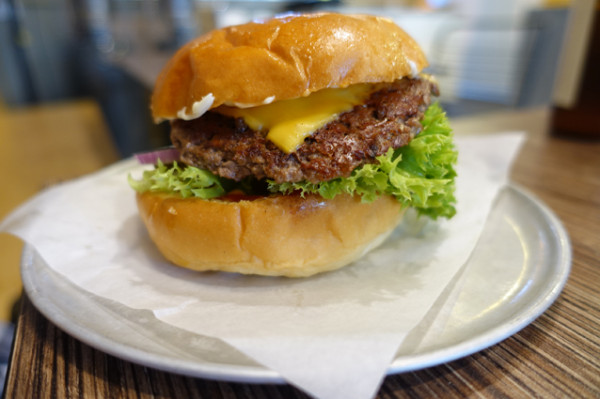 For the main event, as I like heat, I was enticed into ordering the Whole Shebang ($11). It takes a single Hunter Valley sirloin beef patty, and beds it down between two decent, soft buns with a melted slice of American cheese, lettuce (but not too much), tomato, fresh Spanish onion, jalapenos, pickles, ketchup, mustard and mayonnaise. 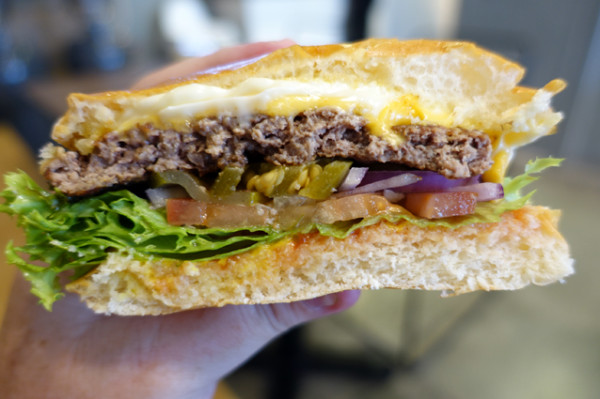 It’s a beautifully balanced burger that eats well without disintegrating or dripping down my arms. The patty in particular is great, but even I – a confirmed single patty burger fan - almost want more of it. This is the first burger joint I’d be close to recommending you double up at, especially if you have a big appetite, though on this particular burger the flavour balance is so good, I’d be wary about throwing it out. 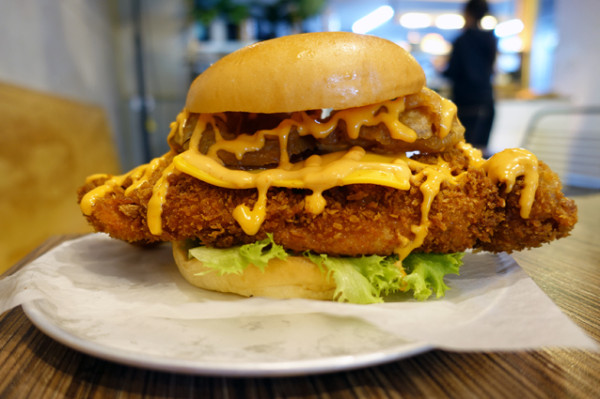 Staying with the spicy theme, I also hit up Harlem Heat ($15). It arrives with enough crisp fried chicken overhang to make you instantly grin. Also sandwiched between this burger’s smooth buns is a slice of American cheese, some battered onion rings, lettuce and jalapeños, all drizzled with sriracha mayonnaise. Eating this one does make me a bit sticky – but it's a small concession for getting all those extra inches of juicy bird. The chilli heat is just enough to get your lips tingling and make you feel alive, without smashing you in the face. 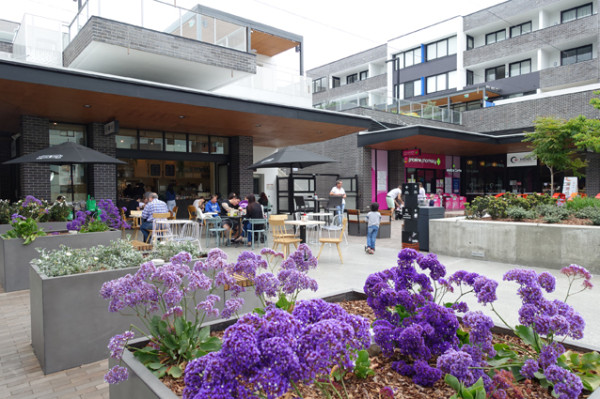 This trip was actually my third visit to Clemton Park Shopping Village, having already checked out Anatolia, Koh Chang Thai Restaurant and Hombre Mexican Cantina. On the Sunday I dined, it was the first time I’ve really seen the site well populated, living up to the developer promise of a vibrant urban village. My only regret from my visit: not being smart enough to order a burger that featured the excellent Burgers Anonymous sauce.