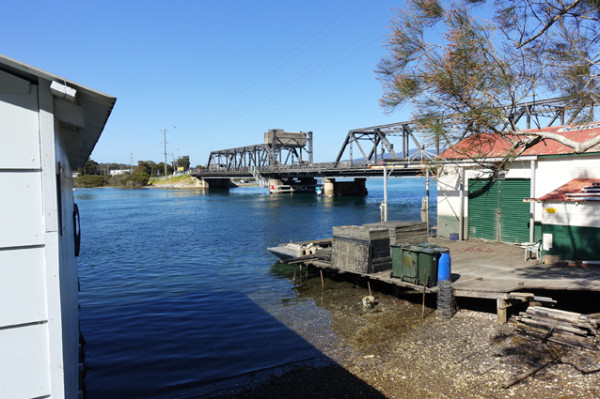 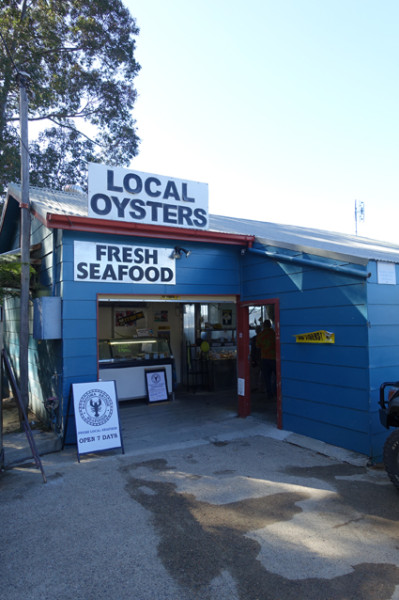 After eating some fabulous Wagonga Inlet oysters at The Whale Restaurant, our first port of call the next morning was at Narooma Bridge Seafoods to collect buy some unshucked oysters to take back to Sydney with us. 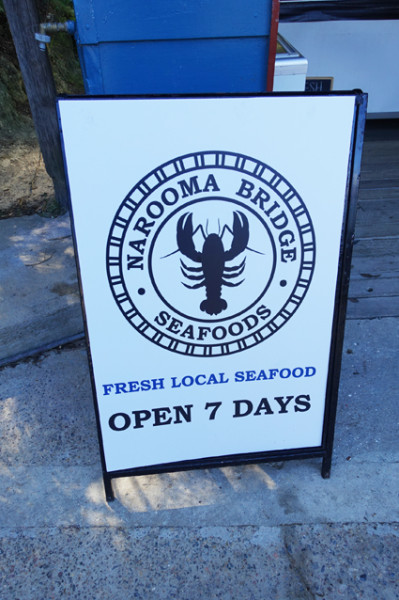 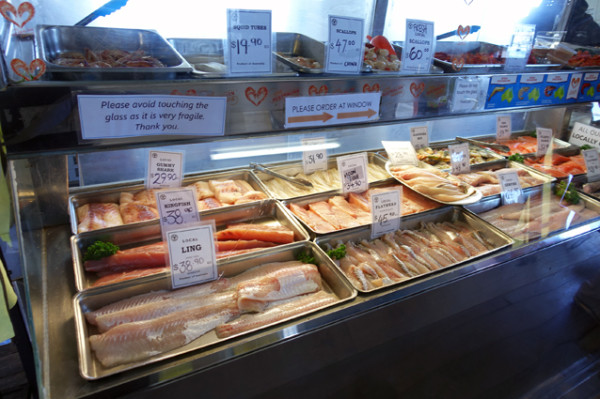 Tucked right under the steel expanse of the Narooma Bridge, the long glass fronted counter is brim full of everything the local trawlers have dragged in, running from flathead to kingfish, moonfish, and compact local scallops. However we had our hearts set on local oysters, but sadly it was not to be – they had sold out completely by the Sunday morning of the October long weekend. 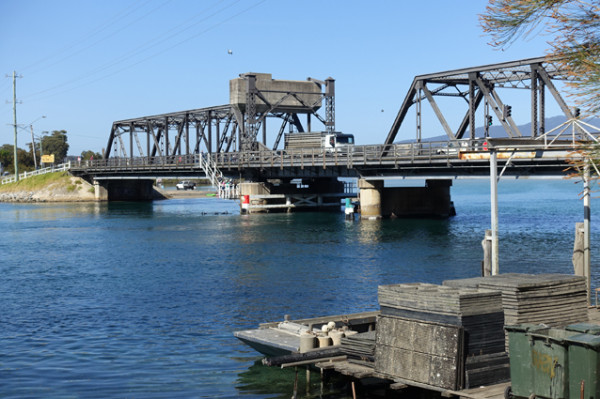 Staring desolately at the water in front of the corrugated iron topped blue wooden shed, we noticed a bit of a commotion at the foot of one of the Narooma Bridge pylons. 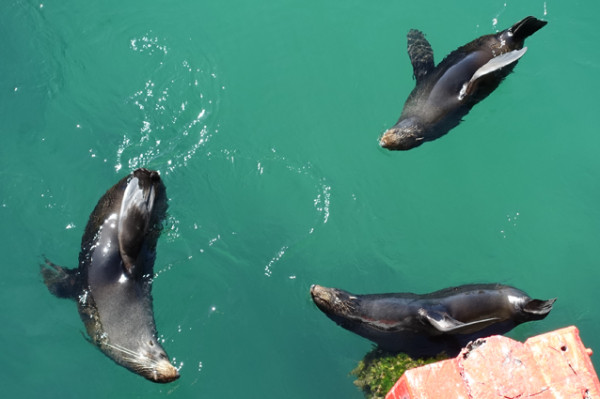 We walked along the pedestrian path and at the base of the pylon found four fur seals. 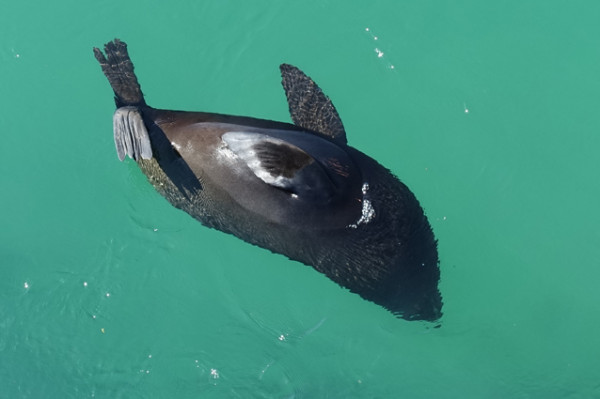 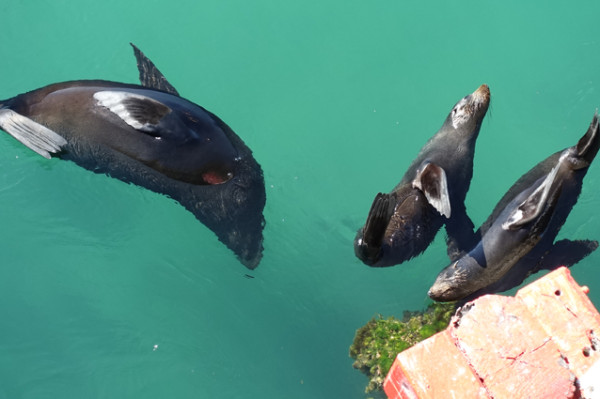 While most people have to make the short boat trip out to Montague Island to see the fur seal colony, it appears we were going to be treated to twenty minutes of up-close observation from the deck of one of the two remaining bascule bridges in NSW. 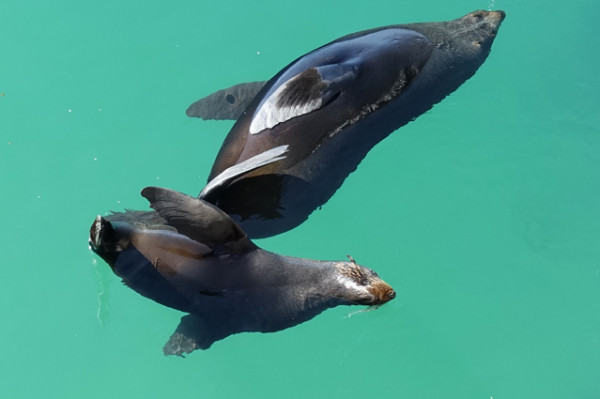 I’m guessing the water must have been cold because most of them were on their sides holding their flippers out of the water in a position known as “jughandling” which helps them conserve body heat. 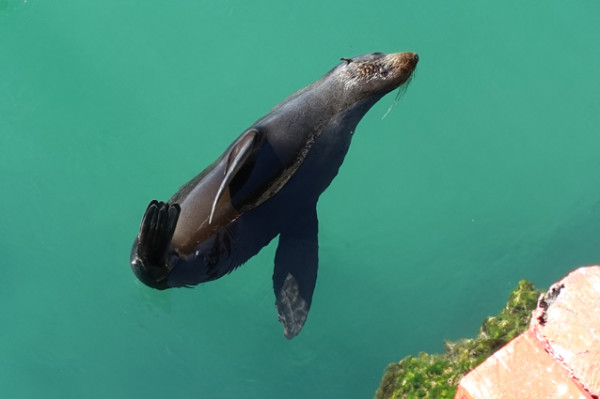 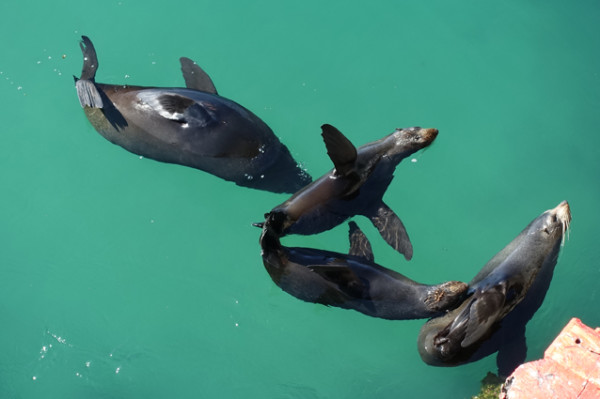 It felt like a bit of a treat to get so close to these beautiful, wild animals; but we had oysters to find. With nothing much open in Narooma on a Sunday, we ventured up the coast to Batemans Bay where we stumbled upon Ralston Bros. The Farm Gate. 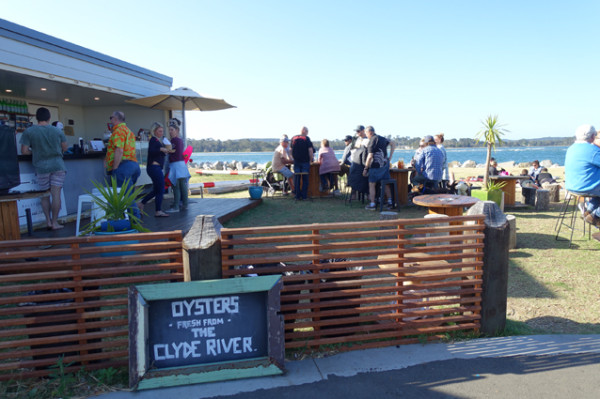 This outdoor oyster bar is located on the edge of Batemans Bay Marina, where the mouth of the Clyde River hits the waters of Batemans Bay. It provides a direct outlet for the local Ralston Bros Oyster Farm, which is family owned and run by fifth generation oyster farmers, Ben and John Ralston. 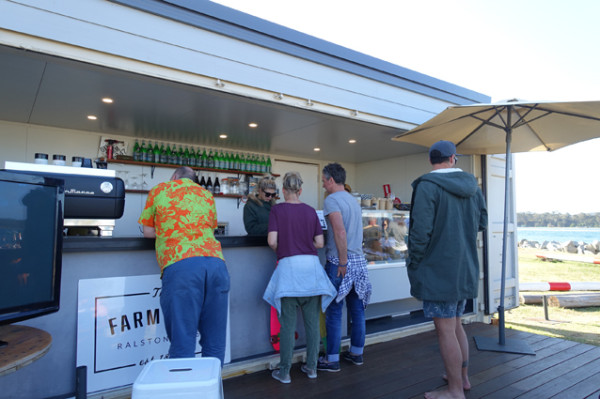 With the sun well past the yard arm, and cool tunes playing, it seemed like the perfect place to pull up a pew and enjoy some Clyde River oysters and a beer. They also offer tiger prawns, spit-roast rolls and specialty coffees. The oysters themselves were plumper and creamier than the Wagonga Inlet ones I was seeking – but any port in a NSW South Coast oyster shortage! They packed us up three dozen unshucked ones to take home without batting an eyelid.