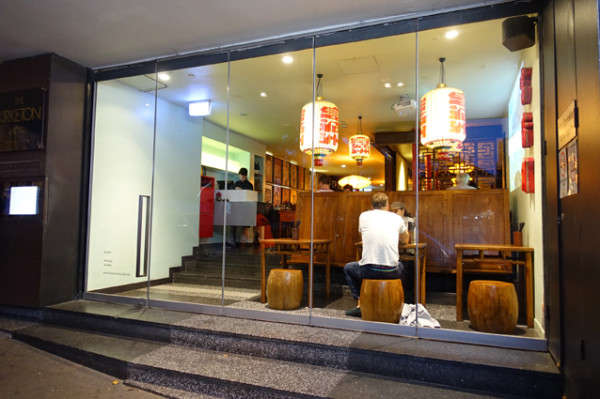 Spending most of my early twenties living in Darlinghurst, my history with Fu Manchu dates back two decades to the mid nineties, a decade before I became a food writer. This longstanding restaurant was once located on Victoria Street, the other of the two streets whose intersection make up the trademark cross a republican like me prefers to imagine as the Kings Cross origin story. Of course that was before the upwardly mobile arrived and renamed everything Potts Point. 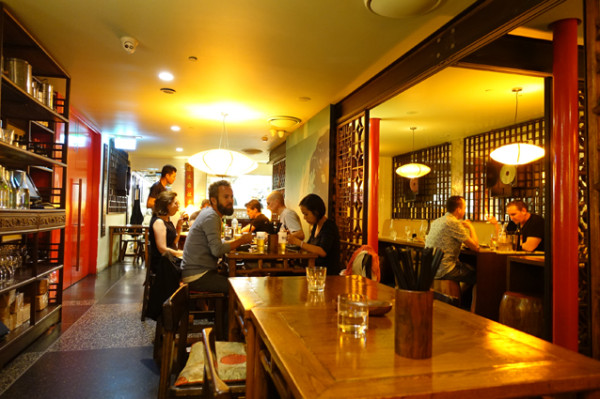 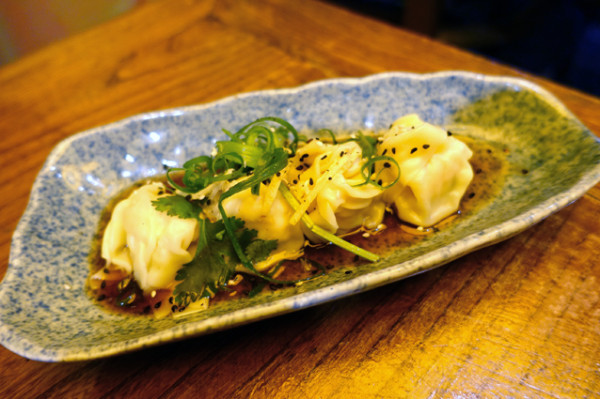 This was one of the first restaurants to put Northern Chinese dumplings onto Sydney’s radar, so we kick off with Fraser Island Crab and Chicken Dumplings ($16/4 pieces) sauced for you with a light, sesame vinaigrette. They have the same gossamer skins I remember, combined with a quality filling, a standard that many Sydney restaurants have attained in the ensuing years. 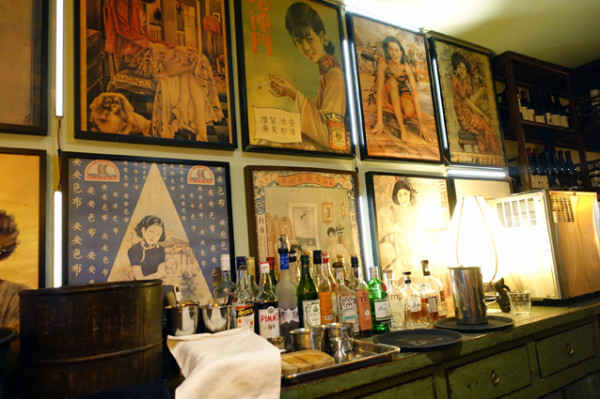 Booze was another high point of my Fu Manchu memories, with their wine list in that time period easily surpassing those at this city’s other Chinese eateries. In this category, they continue to excel, with a wine list that extends to more interesting varietals, as well as cocktails, sake and craft beers. 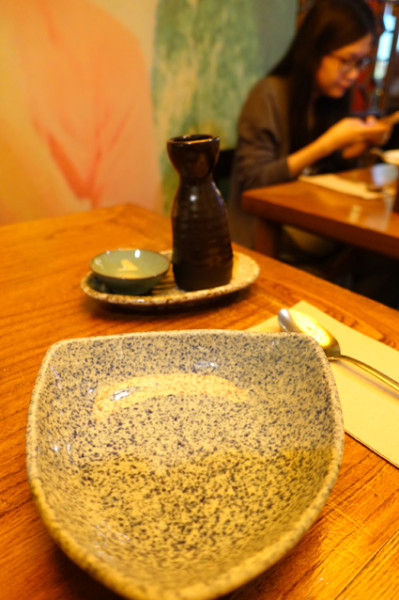 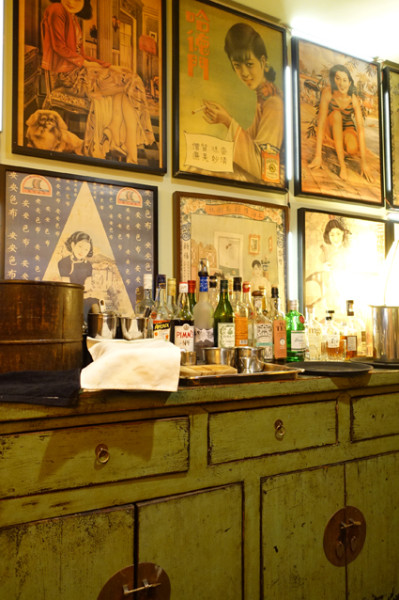 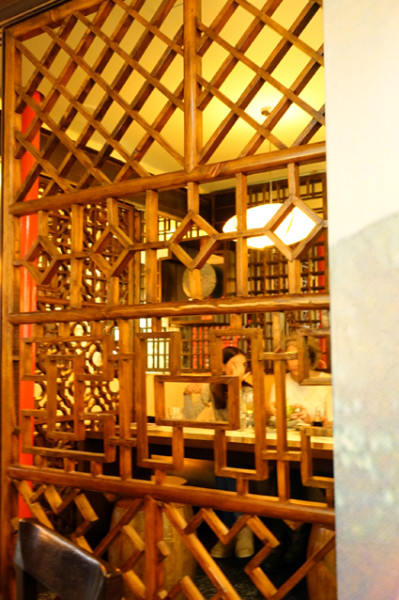 To strip the day off our palates, we opt for the Heiwa Shuzo ‘Tsuru ume Yuzushu’ ($15/90ml) junmai sake and yuzu juice blend, which makes for a fragrant but tart aperitif. The rounder Chiyo Shuzo ‘Moromi Nigori’ ($16/90ml) starts sweet but quickly dries up into a slightly spicy finish. The pours are light, but they're topped up without argument when we query this. 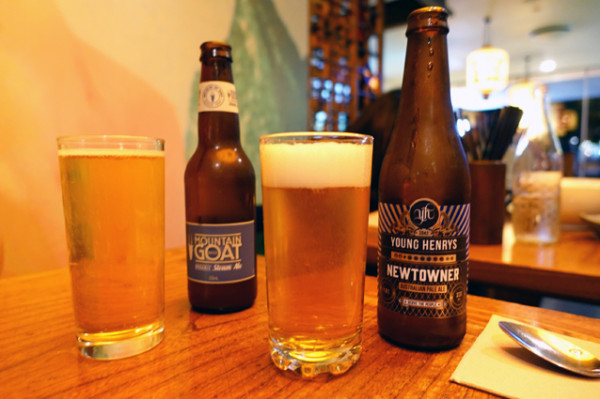 We opt to create our own boilermakers by chasing our sake selections with Young Henry’s Newtowner Ale ($9) and Mountain Goat Steam Ale ($9) beers. 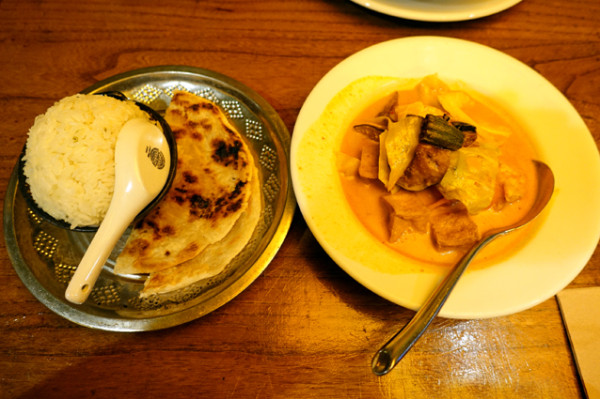 While I don’t remember Fu Manchu’s portions as ever being big, they seem to have shrunk further in the ensuing years. A small bowl of Tofu Curry ($18) arrives looking a little worse for wear, having been sloppily ported to the table. It’s a likeable, semi-sweet, coconut-based gravy, containing a blend of fried tofu, eggplant, okra and crisp cabbage leaves. The sweetness lessens when it’s consumed with savoury Hainan Rice ($4), or the two fairly sad-looking roti which were devoid of the flaky pleasure I was expecting. 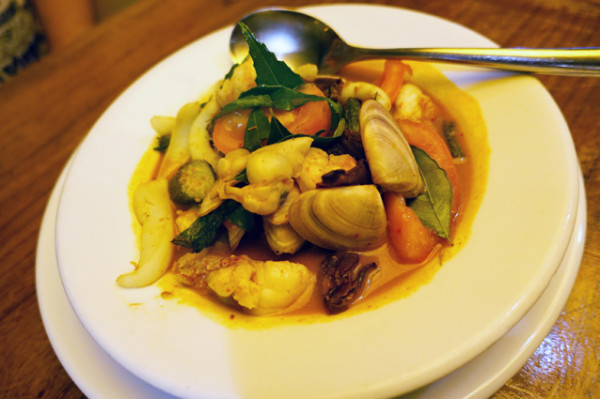 I pass over my usual rendang for the Malaysian sour spicy Seafood Assam Curry ($30), which is the most expensive dish on the menu. It has a good level of heat – spicy without being painful - and is filled with tendrils of cuttlefish, fragrant, fresh curry leaves, hunks of local prawn and red emperor. Covered with telltale red skin, this white-fleshed fish scrubs up well in the curry, holding its shape whilst still absorbing the flavours. We only wanted for a few more pieces of it. 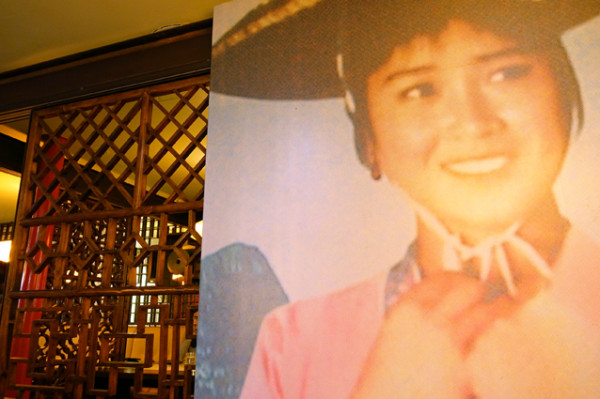 While the low-hanging lanterns add to the atmosphere, their golden-hued light strips the colour from your dishes. It feels a bit like a metaphor, because either I’ve changed in the last twenty years, or Fu Manchu has...