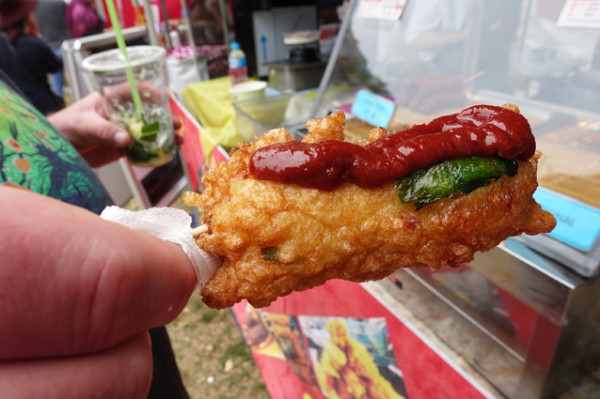 Recently I wrapped my lips around an amazing Korean Sesame Leaf Fish Cake ($5) on a stick at the Burwood Festival. 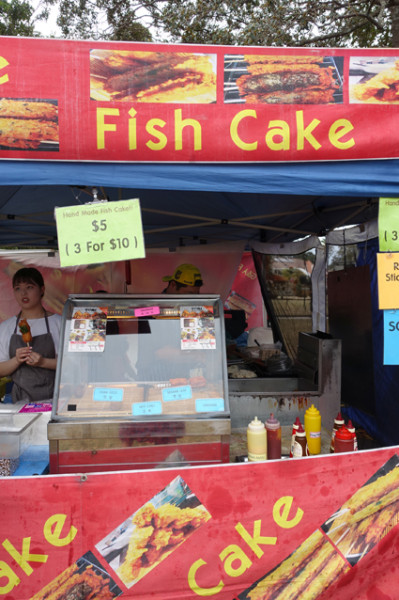 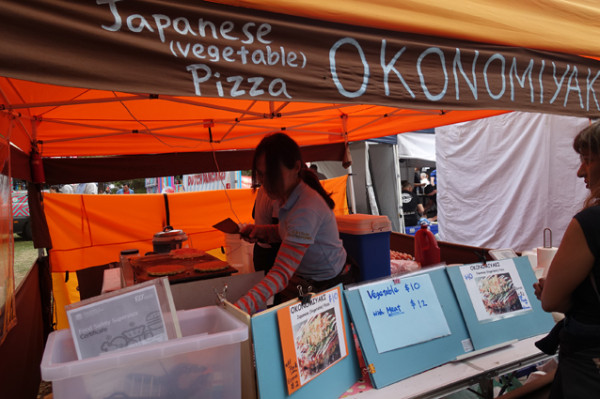 They’re called eomuk, and made from a wet, sticky paste of pureed white fish, sweet potato starch and vegetables, that is spread flat and then expertly rolled using chops of a long, flat metal spatula. 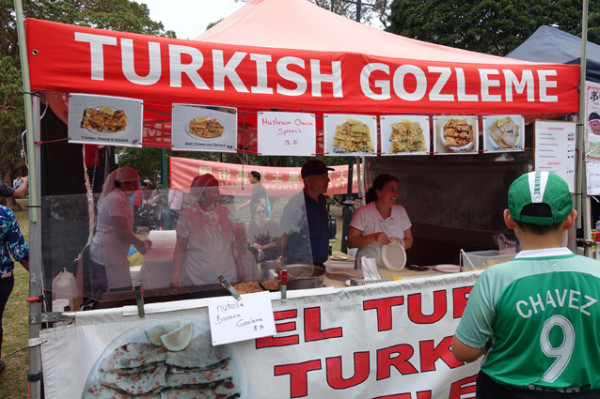 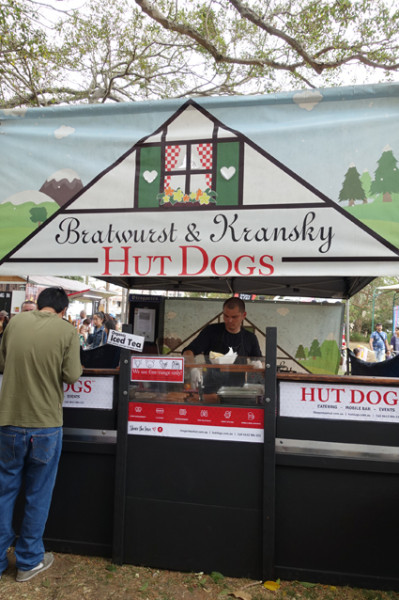 They’re fried off, and with the insertion of a little wooden stick and a smear of gochujang (Korean hot sauce), make for perfect one-handed festival food. 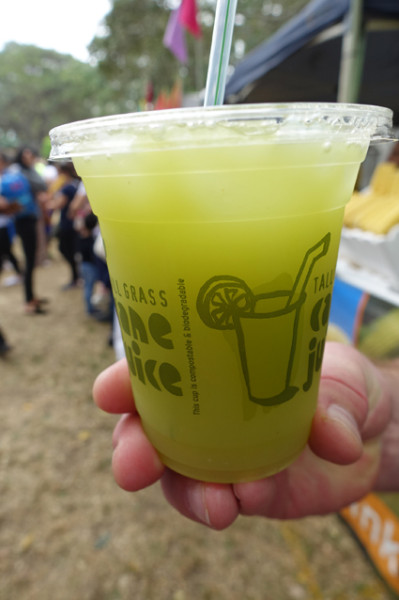 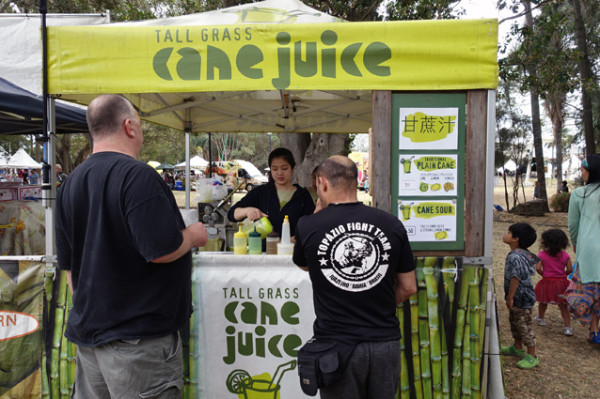 Though you might want to have some freshly squeezed sugar cane juice at the ready, because gochujang sure is hot! 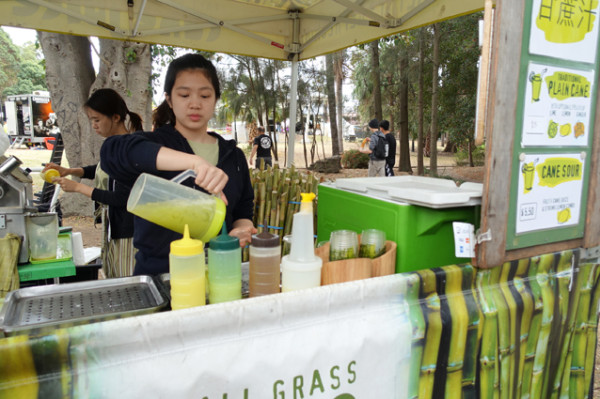 We picked up a more adult version called Cane Sour ($5.50) where the sweetness is balanced with lemon juice at Tall Grass Cane Juice. 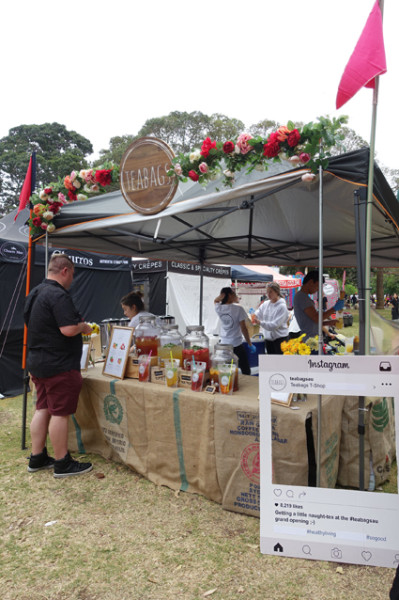 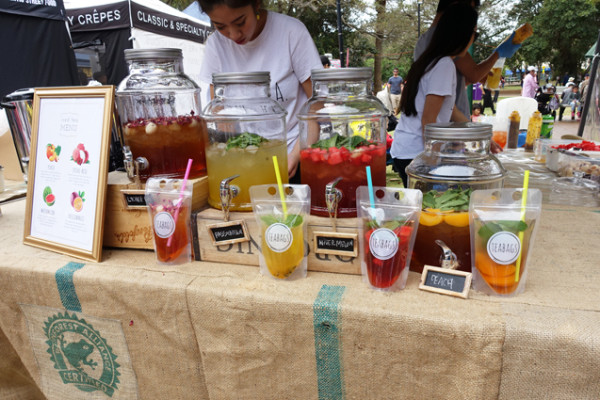 There were plenty of other ways to put out the fire in your hole, starting with cleverly packaged Teabags iced teas, which are made in Canley Vale. 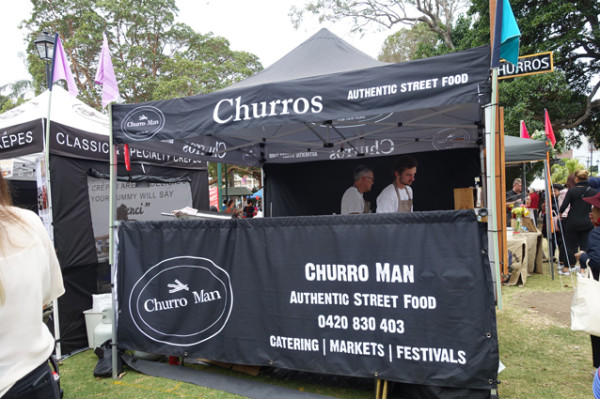 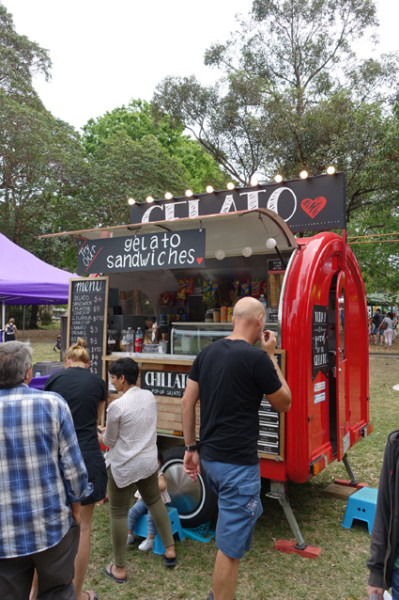 Those with a sweet tooth also had plenty to choose from, with churros and gelato both proving popular. 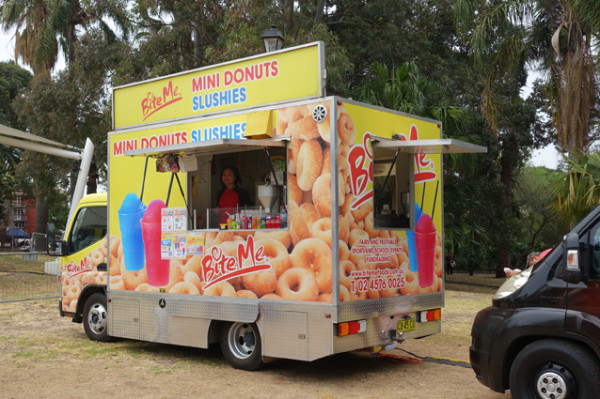 Despite the extensive, global palate of stalls at this festival, as we wandered around the texture and flavour of the eomuk stayed with me, and I resolved to find out more... 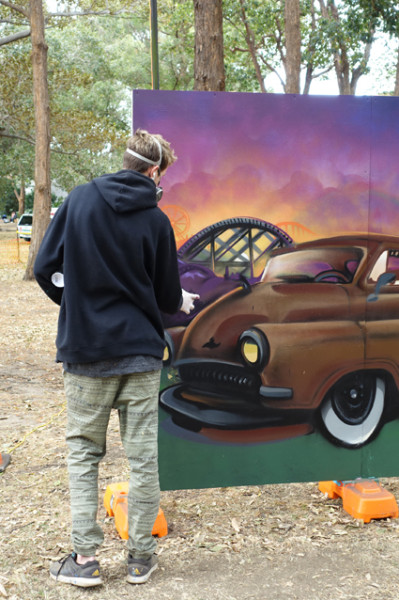 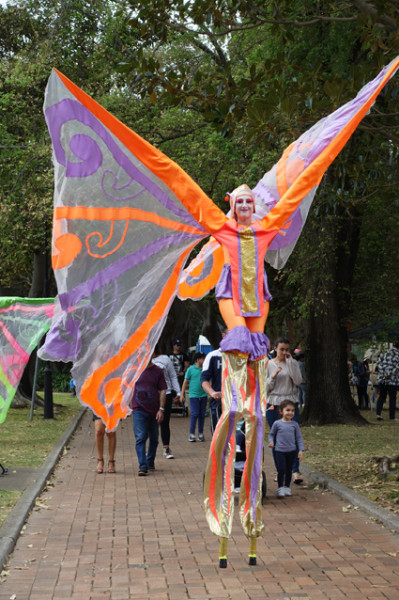 Turns out they’re the work of Sunghwan Kim. After gaining permanent residency through the regional sponsored migration scheme by working as a chef at Ettalong Beach on the Central Coast, Chef Kim returned to Sydney and opened up his own Korean fish cake store. 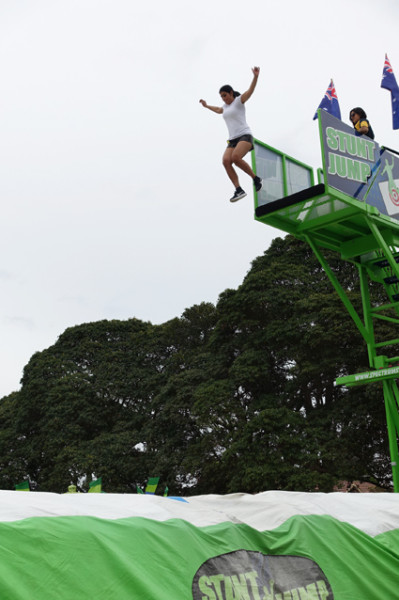 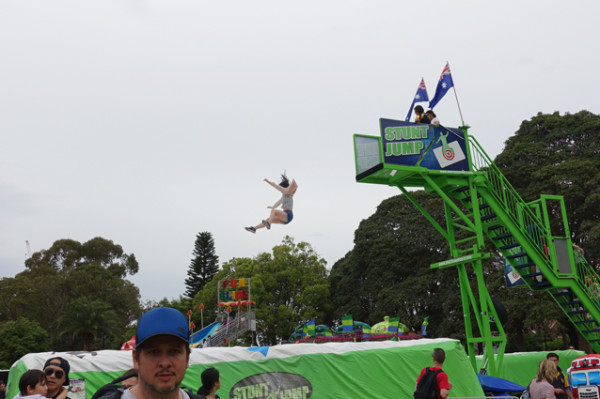 You'll find TORI: Korean Street Food located in a little box on the edge of the Chatswood bus interchange, split down the middle with Celsius Dessert Bar. 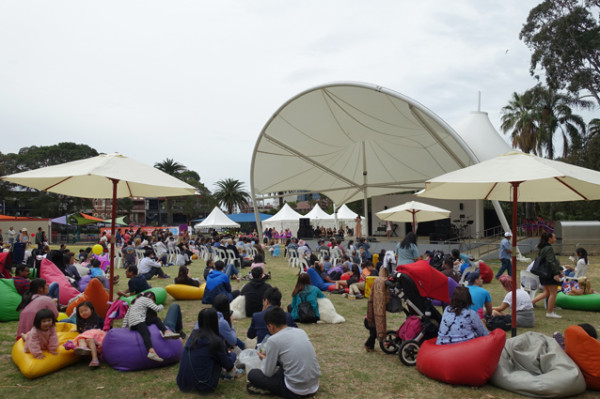 Between the two outlets you can construct an inexpensive al fresco lunch, starting with fish cakes, then moving on to liquid nitrogen gelato.