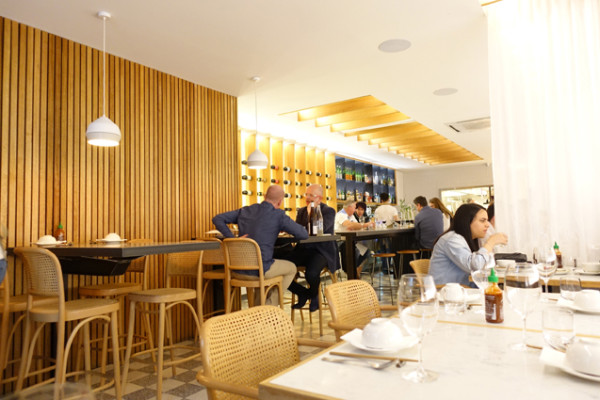 Not being a Canberra local, I’ve got literally no idea where Narrabundah is. To find XO, I rely upon Uber, and my friend’s assurance that nothing in Canberra is more than thirty minutes away from anything else. The restaurant’s straight white neon lights cut an oddly modern swathe through the retro suburban shopping strip. Blonde wood panelling down one side gives the simple, modern fit out some organic form. The same wood is inset into the ceiling horizontally to stop the long, narrow space from becoming too loud. Periodic curtains on the exposed brick side also work to dampen sound, and create a sense of intimacy. 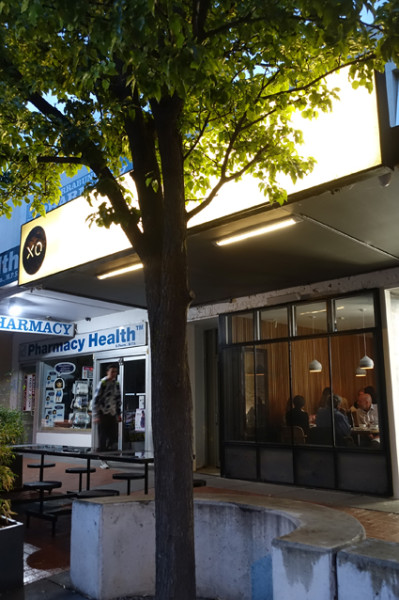 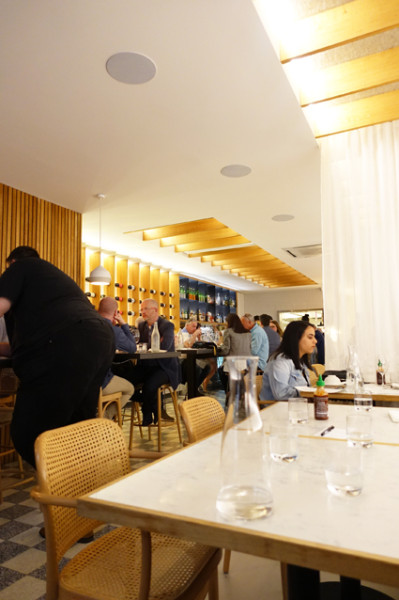 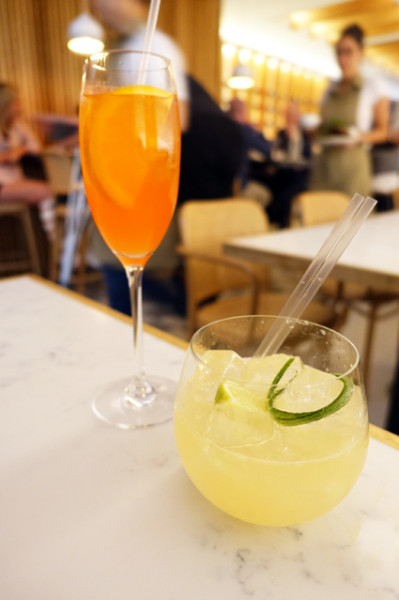 Rudely, we’re early for our busy Friday night booking, but personable co-owner Kent Nhan makes it work without making us feel inconvenient. He even accommodates our preference for a table with chairs, rather than bar stools. We soon kick off our two-night Canberra sojourn with an appropriately named cocktail – The Weekend ($18). It takes Tanqueray gin, lime, ginger and chilli syrup and muddles them into a feisty adventure. The Japerol Spritz ($18) updates the Italian aperitivo with a fifty-fifty yuzu sake blend, and clues you into the XO brief: unapologetically loud modern Asian fusion. 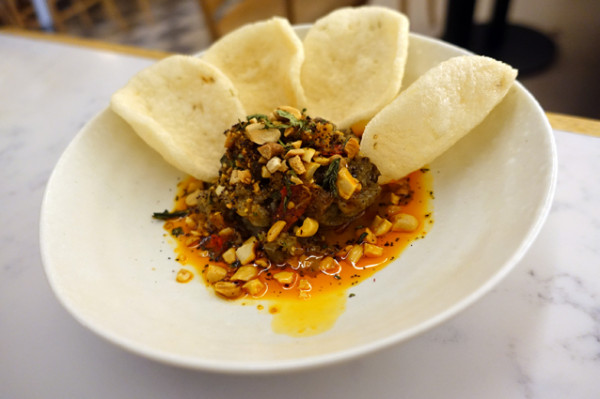 We get our first dish - Strange Taste Eggplant ($17) – almost immediately. It’s fiery and flavoursome, pretty much the opposite of what I was told to expect from conservative Canberra cuisine. You scoop the smashed eggplant, sesame, mushroom relish, peanut and chilli blend up with prawn chips, and wait for the dance party to start in your mouth to the phase-locked nineties soundtrack of Dr. Alban and Prodigy. 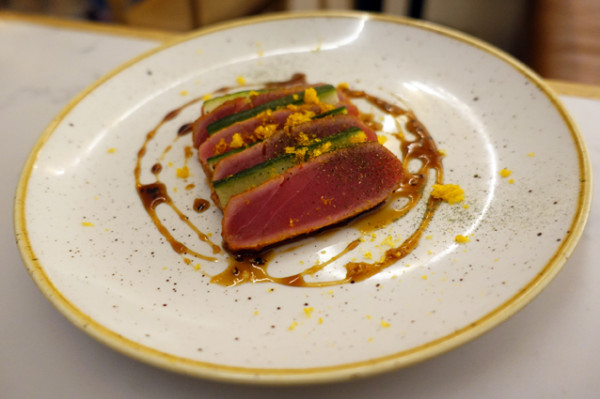 Tuna Tataki ($20) presents five evenly seared slices of ruby red fish separated by cucumber against a caramelised pepper sauce. The serve is small, and to my eye this dish needed something either saltier or tarter than the dusting of freeze dried mandarin to balance the sweetness in the sauce. 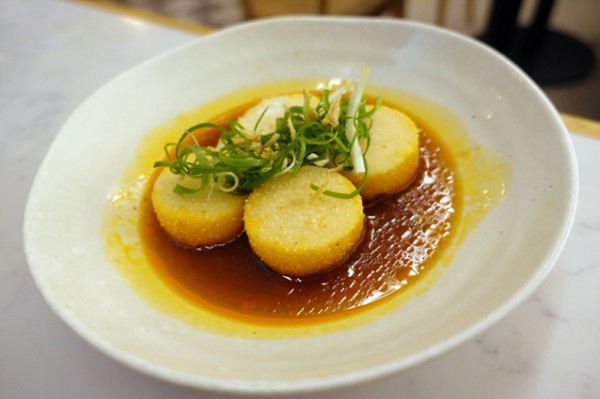 I’ve got no complaints about the four discs of Shallow Fried Tofu ($16). The simple combination kombu soy, candied ginger and shallots keeps your focus on the pleasurable contrast between crisp outside and silky interior. 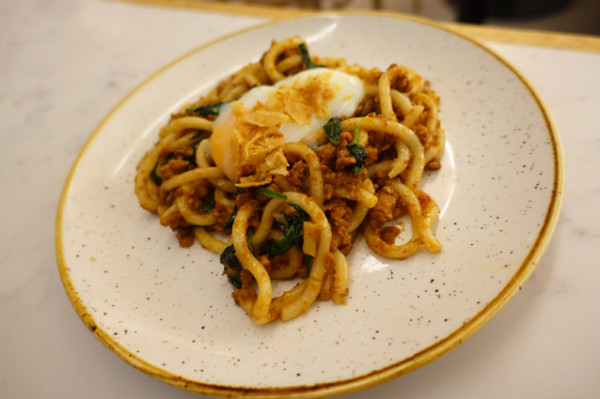 If you want to see what XO is about, look no further than Asian Bolognese ($21). Stir-fried udon noodles arrive well coated in a XO chicken ragout, topped off with a 63-degree egg that you spear then stir through it. It’s hearty, stick-to-your ribs multiculturalism presented in the same tiny, hipster-friendly proportions as the rest of the menu. 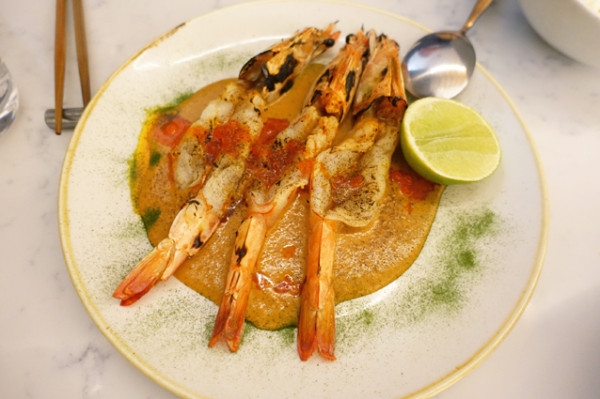 Menu newcomer - Belacan Prawns ($36) - tasted like fish sauce, satay and confusion.  I’d never met a prawn I’d consider undercooked before this dish, but the slimy, raw entrails in their middle of these Yamba beauties were a bridge too far, especially against the shrimp paste and creamy smoky, butter sauce. 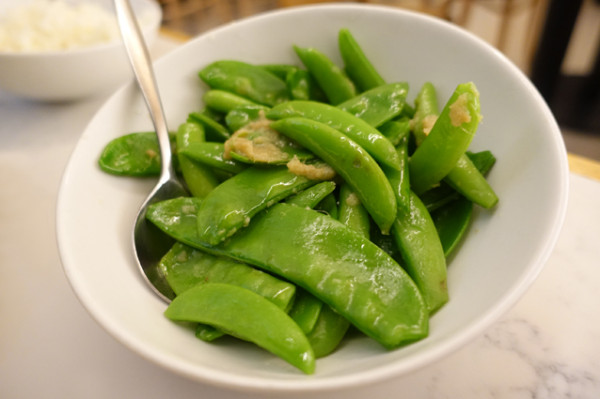 The odd miss is however par for the course when breaking new ground, and I note it was just a badly enacted use of good produce. The emphasis on quality produce extends across the menu, all the way to the lime green snow peas and sugar snaps in our Green Peas ($10) side. 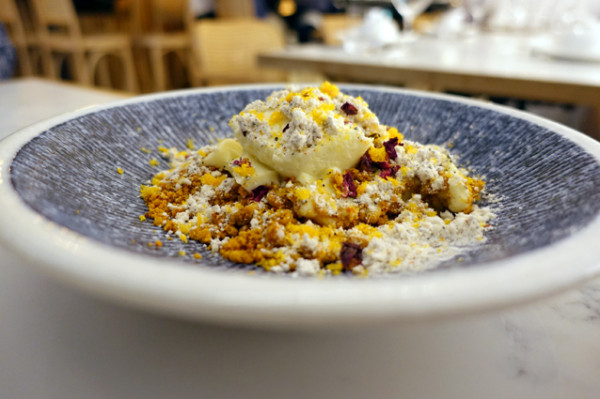 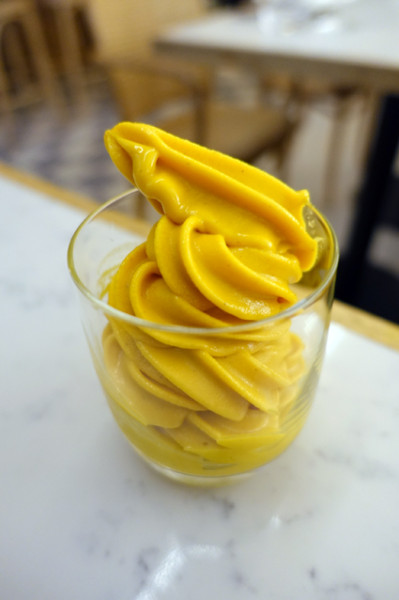 The prudent portioning did pave the way for dessert. While Chengdu Snow ($16) teaming a palate stretching blend of chilli white chocolate mouse with Sichuan pepper, goma (sesame) and freeze-dried mandarin got me interested, it was actually the house-made Soft Serve ($6) that won my heart. The clever kitchen team presented it as a funky, almost savoury, spiced pumpkin kombucha flavour on the night I dined, sending me off into suburban Canberra smiling.

Still bemused by the location, I cornered Kent on the way out. “We thought, if we make a good offering, they’ll come,” said Kent, explaining he couldn’t afford to invest high rent on his first restaurant. Two years on, it looks like his gamble has paid off handsomely.