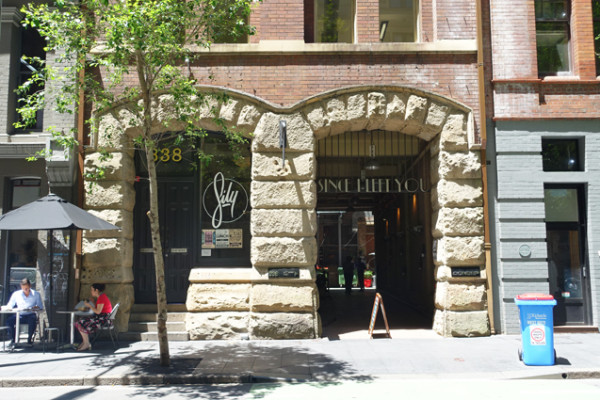 “Fairy lights, a dartboard and a burger served in toast, but somehow it’s better than the sum of its parts,” my dining companion muses. She’s summed up this little bar so perfectly I’m left wondering if she should write this whole review... 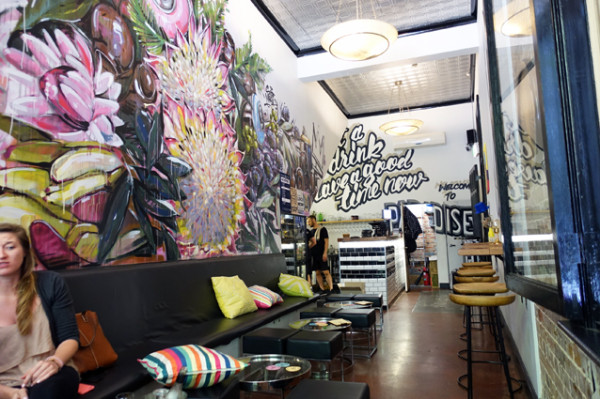 Since I Left You is a six-and-a-half year old small bar by Nick White. It’s named - not for a terrible breakup - but for a track (and debut album) by The Avalanches. The lyrics that inspired Nick to open this bar are painted on the wall, encouraging you to get a drink, and have a good time. 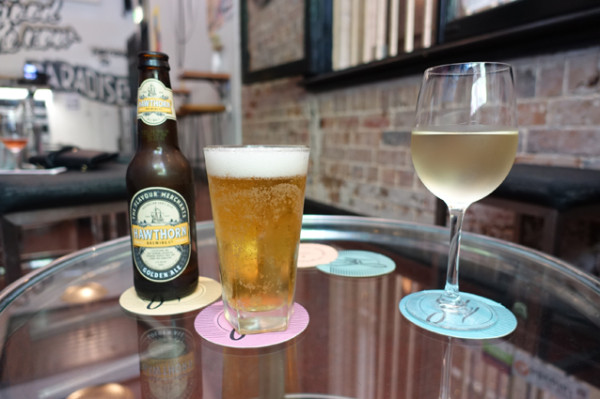 It seemed like sound advice, so we got stuck into some wine, and a lovely Hawthorn Golden Ale ($9). 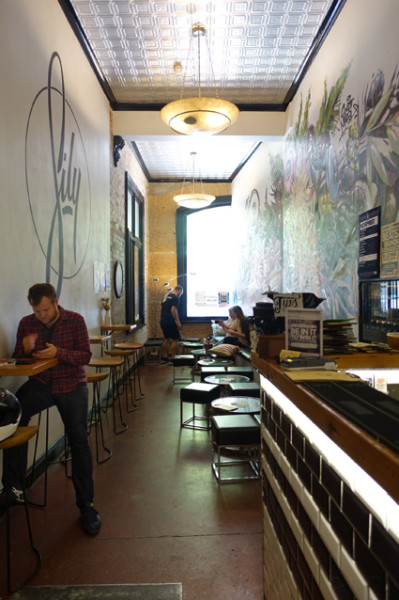 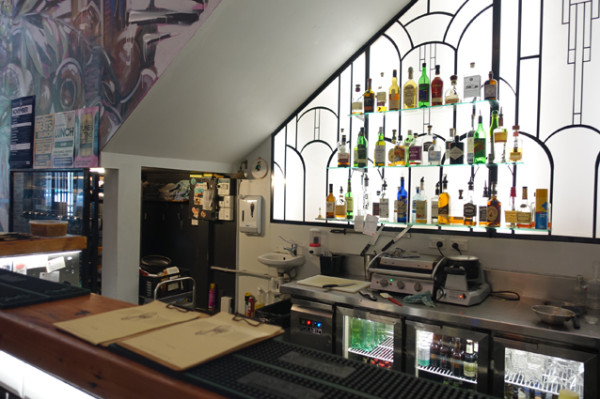 Earlier this year, Since I Left You did a bit of a rebrand, and it’s now affectionately known as Sily. They’ve emphasised the Art Deco connection to the space in their new logo's clever font choice, reflecting the beautiful Deco bar back, and Deco lights dangling from the shiny, pressed tin ceiling. 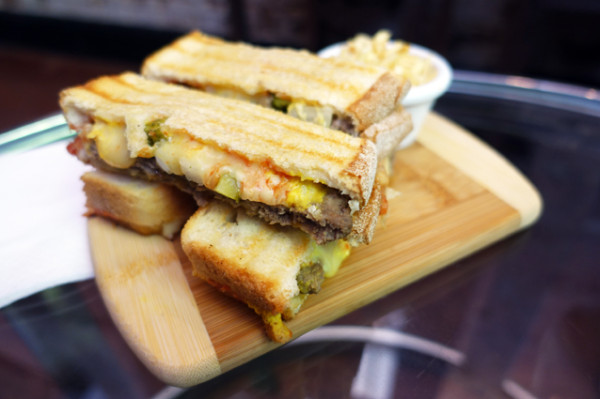 While toasties – like the awesome Cheeseburger Toastie ($16) my dining companion referred to – have long been on the menu, the rebrand called for something new. 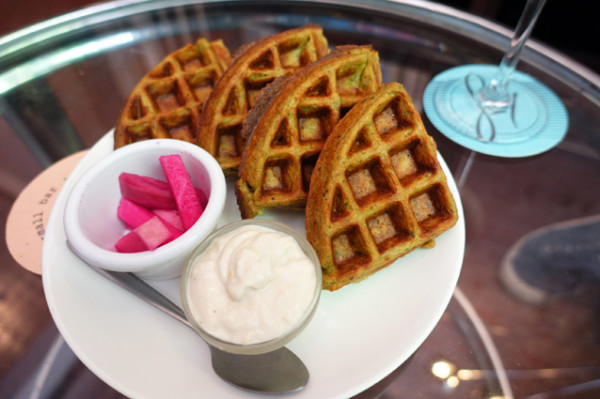 “Flipping through a hospitality catalogue, the first thing I saw was a waffle iron,” explained Nick, who is clearly fond of signs from the universe. So he embraced the waffle, giving it his own spin in curious hybrids like Waffalafel ($10). Served with tangy pink pickles and lemon tahini, this crisp waffle is made from felafel batter giving it a telltale green tinge. 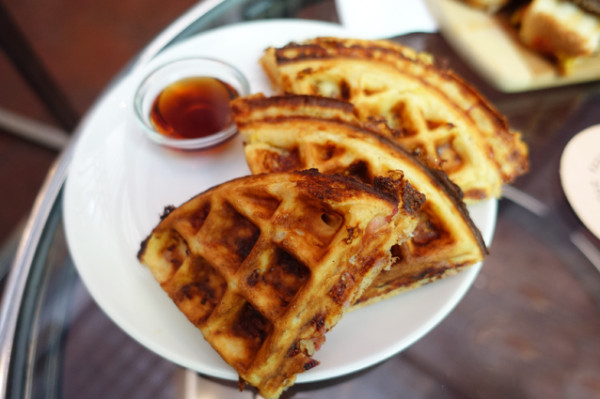 It's clever and tasty, though I must confess to liking Fogcorn Legham ($14) better. Served with maple syrup (don't think, just pour it into the depressions) it's got double smoked leg ham, sweet corn and Gruyere cheese woven into the batter. Just think of it as a late night American breakfast. Since Nick updated his menu, waffles have featured on Masterchef, and the Puffle (a filled, Hong Kong-inspired waffle) became the darling of the Night Noodle Markets; making them very on-trend. 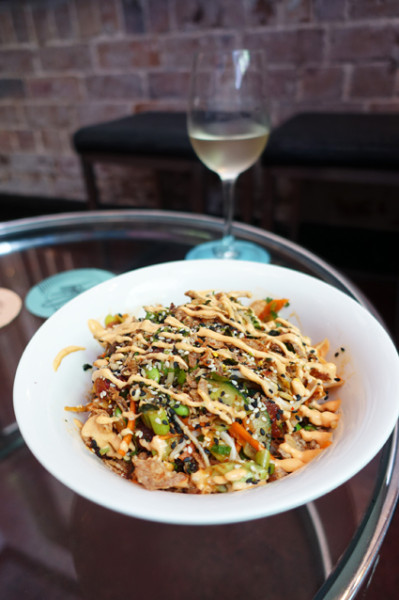 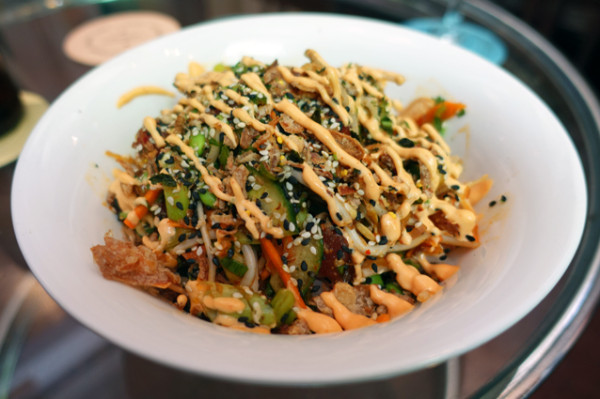 “I’m not someone who particularly pays attention to trends,” said Nick, making me smile a little into my Spicy Tuna Poke ($17). Whether trendy or not, this is one delicious bowl of food, combining fresh tuna with seasoned white sushi rice, and an array of toppings, including bean sprouts, edamame, cucumber, carrots, green chillies, shallots, enoki mushrooms, coriander, and chilli shoyu dressing. It’s stirred – because here it’s all about flavour rather than Instagram opportunities – and given lashings of sriracha-Kewpie mayo. 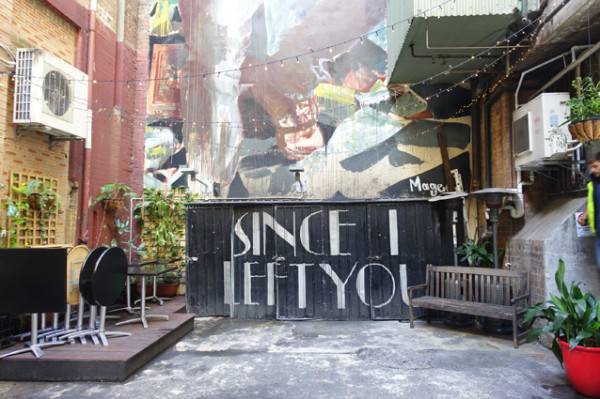 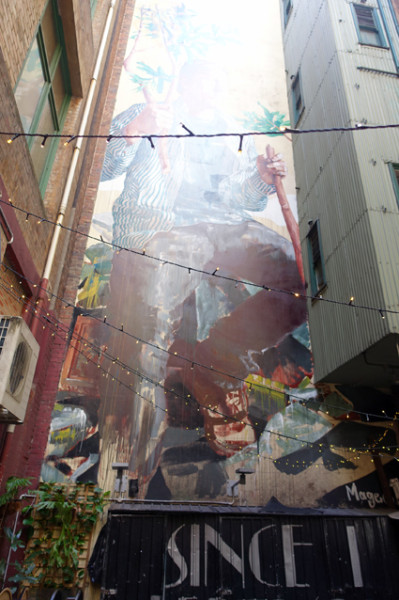 The fabulous Deco font-work can also be found on the wrought iron and sandstone entranceway, which carries you through to the bar’s outdoor space. It was once a loading area taking horses and carriages off the street when they delivered to the three surrounding heritage-listed storehouses. While there are more Deco fonts out there, your eyes will undoubtedly be captured by the five-storey mural. I recognised the artist – Fintan Magee – instantly, from my time exploring the street art of Toowoomba. 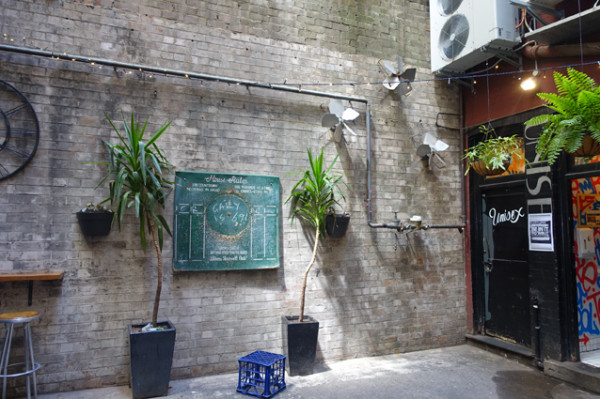 Strung with fairy lights, and featuring the dartboard my dining companion referred to, it’s a delightful easement that they can only use after 4.30pm. 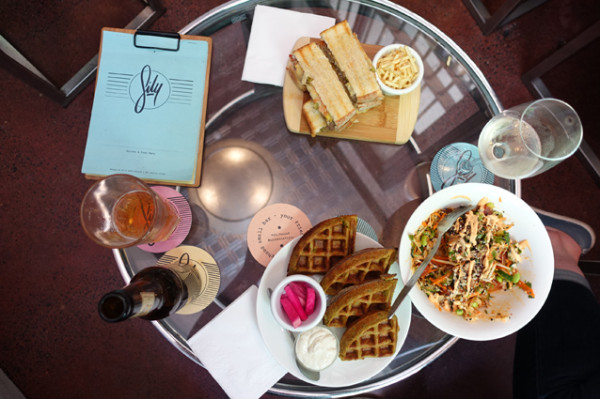 It has me itching to return to Sily at night for more grown-up waffles, and those fingers of cheeseburger toastie that are definitely more than the sum of their parts.