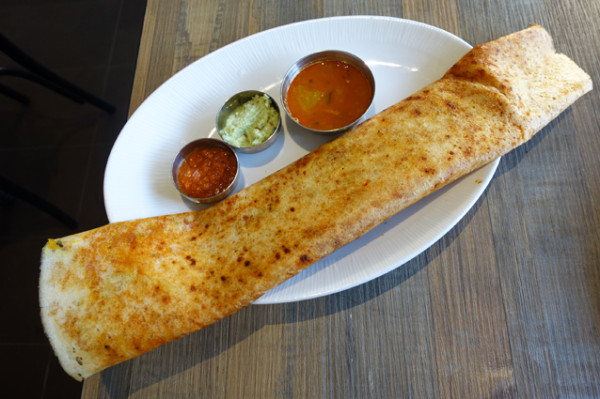 Masala Darbar make one doozy of a dosa. The Masala Dosa ($12) here is nearly fifty centimeters long. The thin crepe is crisp, with semolina giving it slightly more body than most. There’s a hint of sourness from the batter’s fermentation, and a crushed spicy potato interior that’s both salty and savoury. Against a small pot of dhal for dipping, spicy garlic and onion chutney for smearing, and coconut chutney to give it a coastal, Southern Indian feel, it kicks butt for vegetarian food. 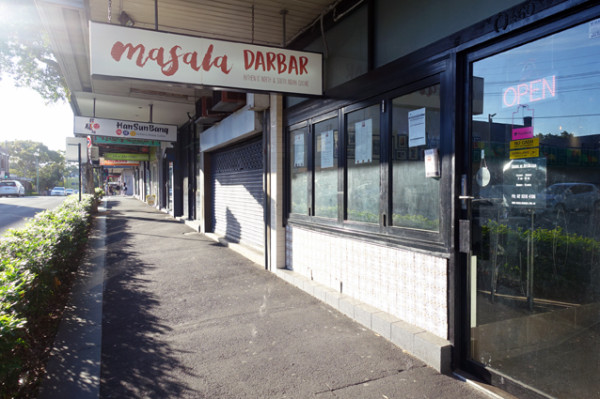 This is hardly surprising though, Head Chef Subramani Kandhasamy has had a small but popular vegetarian restaurant in Liverpool, called Sri Annapoorna, for almost a decade. He has now brought his considerable talent (and 46 years of cooking experience, both here and abroad) to bear in a new entry to Cleveland Street called Masala Darbar. 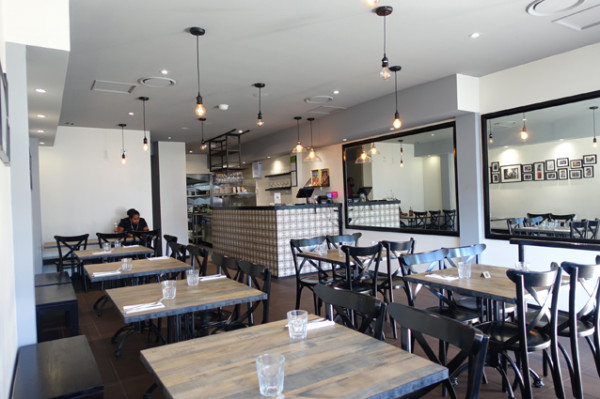 It goes into a highly competitive strip, with a number of established Indian restaurants including the cafeteria-like Maya Vegetarian, Maya Da Dhaba, Lal Qila and the one with the fancy chairs, Holy Cow. While road dust from the heavy traffic makes the front of the restaurant a bit lacklustre, the interior is clean, modern and monotone; lit by dangling Edison bulbs. 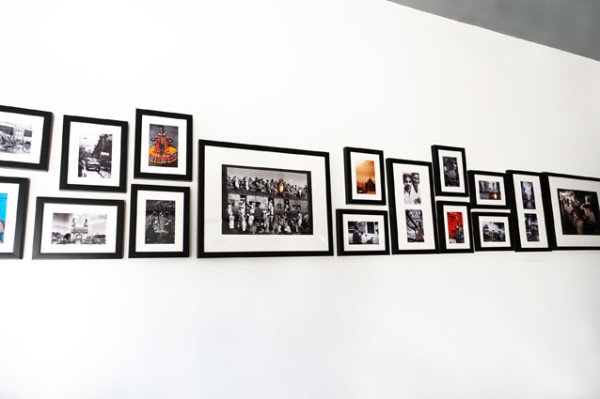 The only colour in the room comes from the occasional colour photo in a tightly packed row of framed photos depicting Indian scenes. 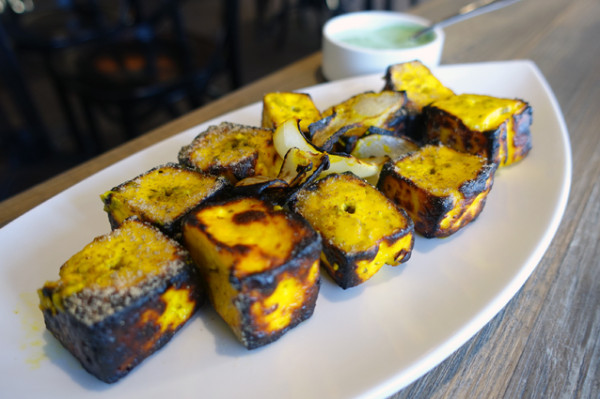 You’ll also find colour on the plates, with bright yellow cubes of Paneer Shashliq ($13.50) charred in the tandoor oven and dragged through mint raita. There’s no heat in this vegetarian dish, making it perfect for those who like to avoid chilli. 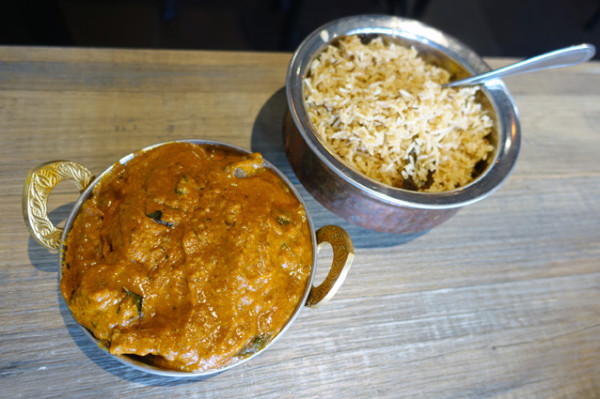 The cow is also sacred at Masala Darbar, so you won’t find it on the menu. That’s not to say it isn’t an extensive menu anyway – spanning 3 pages, there are more than 18 types of dosa, 13 vegetarian mains, 9 chef’s specialty dishes, and 4 South Indian specialty dishes… the list goes on and on. We opt for a South Indian Chettinadu Goat Curry ($17) and are very glad we did. The thick, rich and satisfying gravy clings to plump goat leg cross-sections, which are kept on the marrowbone to add even more flavour. Aromatic curry leaves are the curry’s biggest note, the rest is a well-integrated blend of onion, tomato, cinnamon, fennel seeds, turmeric, coriander, cumin seeds, black cardamom and red chilli powder. It’s got good heat, but leaves my mouth enlivened rather than assaulted when eaten on Jeera Pulao ($4.90), an aromatic rice dish with cumin seeds. 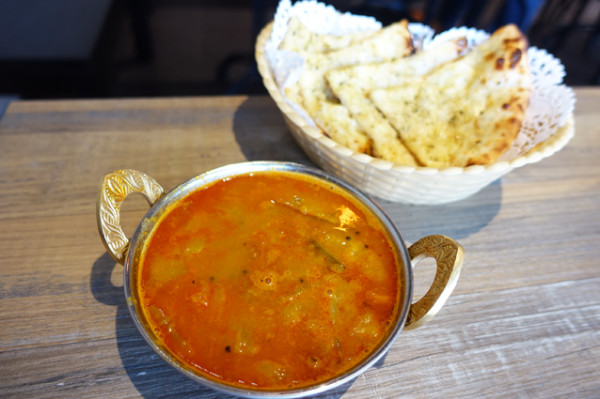 We juxtapose it with Sambaar ($10) another South Indian dish. It’s a summery, light and soupy vegetarian dish that’s a good counterpoint to the richer curry. Tart tamarind is the dominant note, so it cuts the fat very well when you dangle your Garlic Cheese Naan ($4) through it. 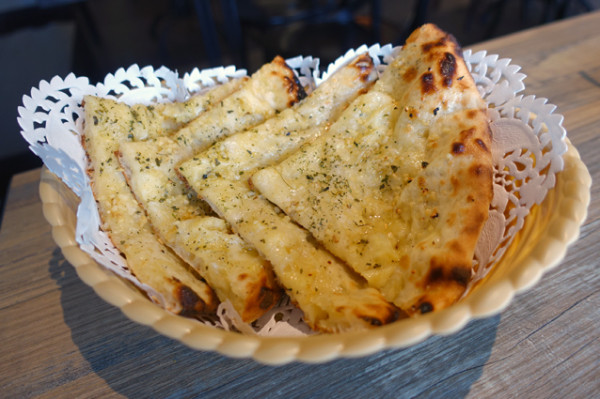 Glistening with a nicely tempered garlic oil, this surprisingly fluffy cheese stuffed naan is the best garlic and cheese naan I’ve tried; and I’ve eaten this naan at nearly every Indian restaurant I’ve reviewed across the last decade.

Masala Darbar proved to be a real standout because of the talented and experienced chef. They're currently BYO as they await our bumbling bureaucracy's liquor licensing approval, so load up on beers and come and enjoy an exceptional South Indian curry.