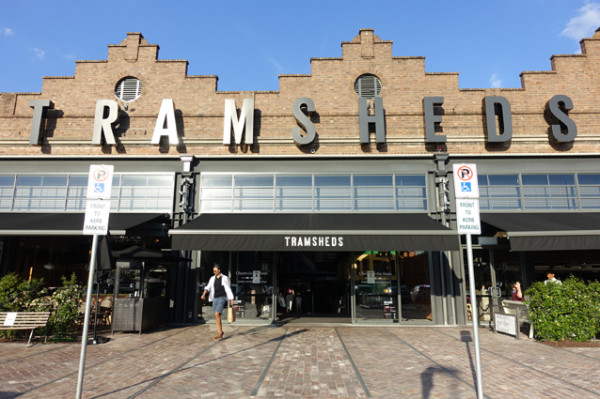 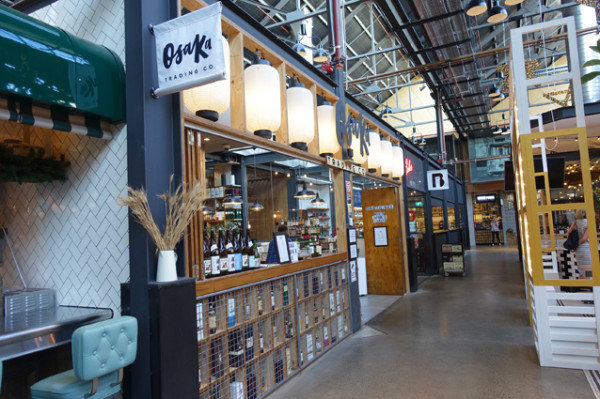 Last week I popped into the Tramsheds offshoot, Osaka Trading Co. to be taken through a bite-sized Japanese Whisky Appreciation ($45/head) class. 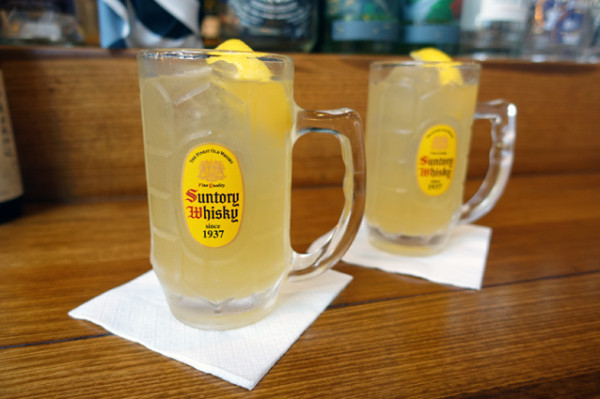 Kicking off with a Suntory Kabukin whisky highball, the class gives you a bit of the story behind the development of Japanese whisky. While you’re not going to come out of this class a Japanese whisky expert, you might walk away with enough knowledge to ensure you’re not just choosing your whisky based on a pretty bottle. 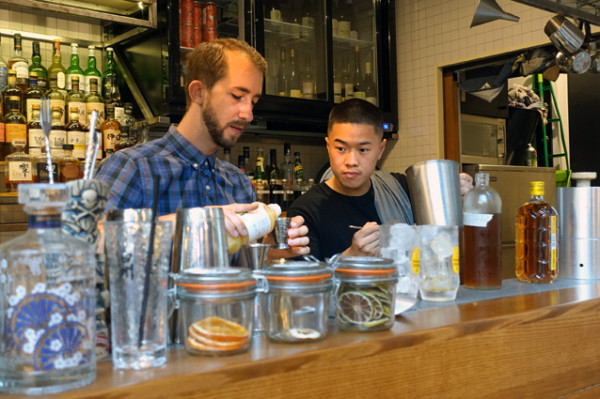 Now that’s not to say that whisky bottles aren’t significant; Suntory Kakubin literally means Suntory “square bottle”. The bottle (like my glass above) is decorated with a tortoise shell pattern, which, being that tortoises live for a long time, implies that the whisky will stand the test of time. It was the second whisky to come out of the Suntory distillery in Yamazaki, and the number one selling whisky in Japan, all thanks to the highball. 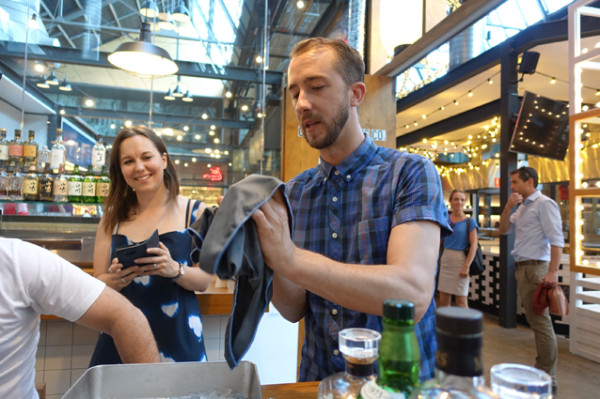 “Instead of going out to dinner and having a beer, you have a highball,” Luke explained, adding that this was the whisky that got Japanese youth interested in whisky. In this cocktail it's teamed with imported yuzu juice and honey they smoke themselves on the robata grill in the Osaka Trading Co. kitchen. 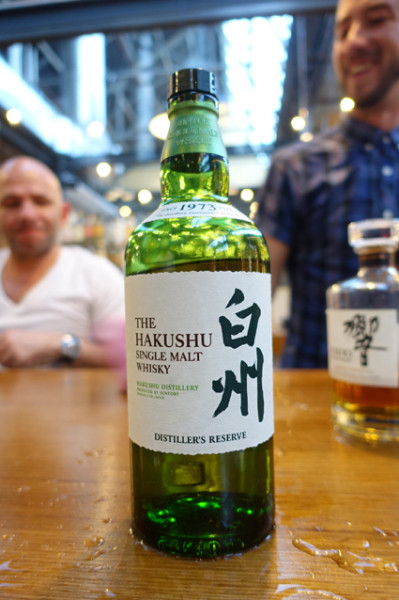 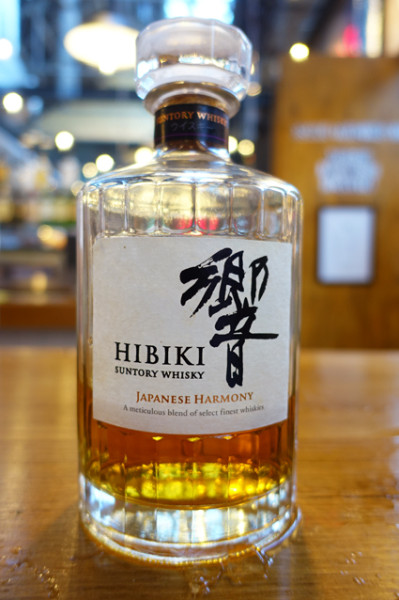 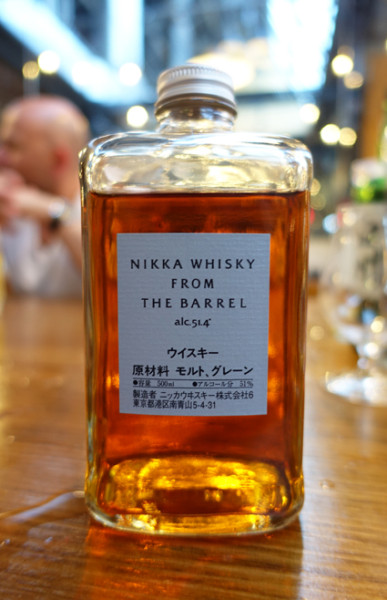 Luke then introduces us to three Japanese whiskies, starting with Hakushu Distiller’s Reserve 43% ABV. Produced by Suntory in the southern foothills of the Japanese Alps, this single malt whisky is bottled in green to reflect the surrounding terroir. The flavours are also quite green, with prominent juicy cucumber, gentle citrus and a hint of mint (that I found harder to identify). 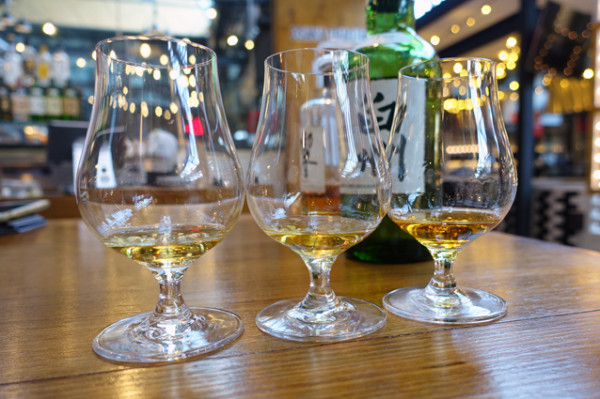 We move through Hibiki Japanese Harmony 43% ABV, which is a blended whisky made from malt whiskies from the Yamazaki and Hakushu distilleries, and grain whisky from the Chita distillery. “The bottle, again, is telling a story,” says Luke who then explained the 24-sided bottle represents the 24 seasons in the Japanese lunar calendar. For me this whisky starts with stewed plums, has a bit of a hollow middle, before a long, driving finish of oak and a hint of peat. We end our tasting on the Nikka From The Barrel, which is surprisingly smooth for a whisky with 51.4% ABV.  It tastes like raisins, oak and toffee, with a hint of spiciness. 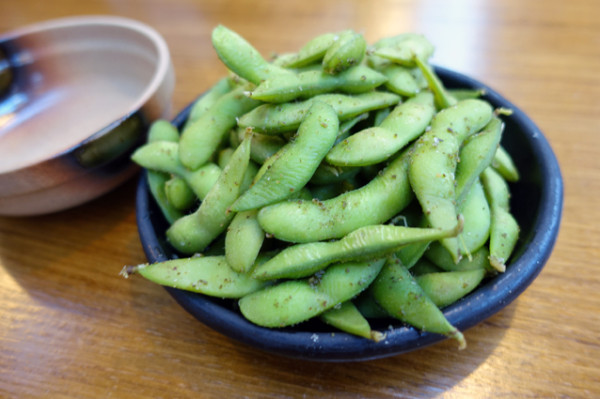 We’re kept from descending into drunken debauchery with spicy bowls of Shichimi Popcorn ($3) and green Edamame ($6) dusted with kombu (seaweed) salt while Luke demonstrates off his skill with an ice pick. 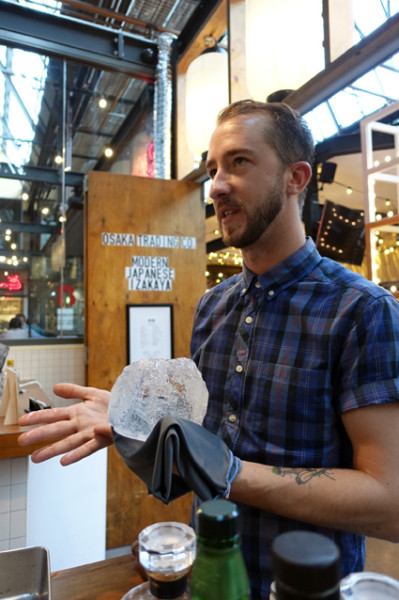 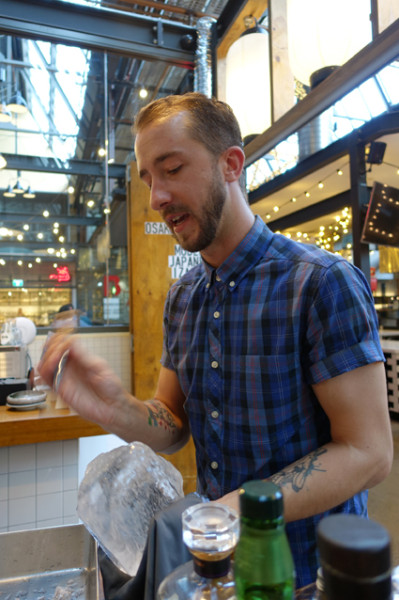 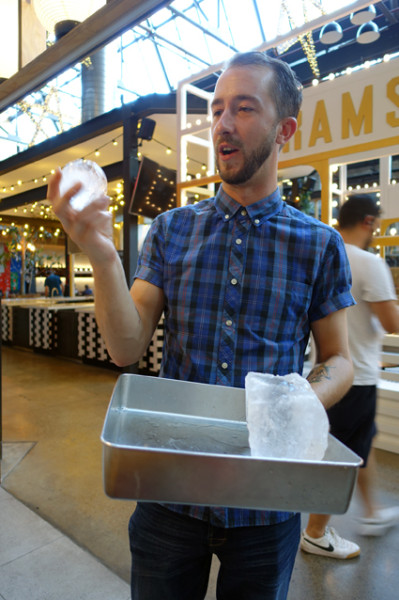 Yes, all the beautiful round balls of ice you see in your whisky, both here and at Tokyo Bird, are hand-chipped! It’s what Luke does after work, while you’re playing games on your iPhone.

This whisky appreciation class lasted an hour, making it a perfect pre-dinner aperitif. You'll find there's a lot happening across the whole Tramsheds dining precinct this summer from workshops, aperitivo hour offers, collaboration dinners and the whole Santa disaster. Find out more details on their website. While you’re there, take the time to enter the CheersToTheHosts competition to win a year’s worth of dinners across the Tramsheds venues and you might score your own Osaka Trading Co. whisky tasting adventure.