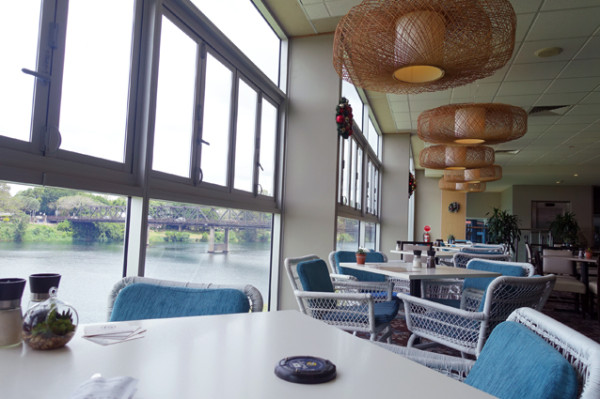 Freshwater Grill was a bit of a surprise! Housed inside the Kempsey Macleay RSL Club, it is yet another example of how, in recent times, clubs across NSW have lifted their dining game. Home to just under 15,000 people, the regional town of Kempsey is tucked inside a long loop of the Macleay River. The surrounding countryside makes for a green and picturesque eight-kilometre drive if quality oysters can tempt you to leave the Kempsey bypass that now floats above the flood plain. Your reward – once you’ve signed in - is a padded, white wicker window seat looking at the meandering river. 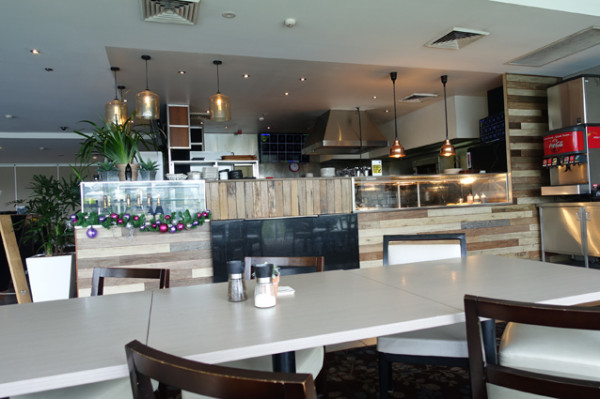 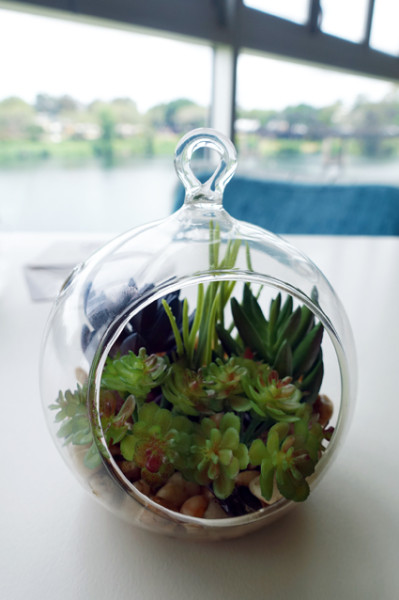 Fishing basket lamp shades and glass terrariums on the tables nudge the empty auditorium feel of the room toward something nicer. For city slickers, and those who don’t dine in clubs very often, while you can eat an entrée and a main, what you order on one docket generally comes together. Friendly staff also let us know that if we head to the bar for our beers, we can get our schooner of Kosciusko ($6) from a tap, rather than in a bottle. 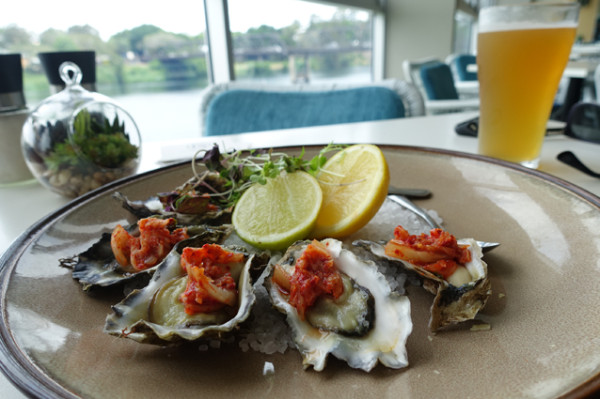 No sooner are we settled into our chairs then our buzzer goes off, and our Kimchi Topped Oysters ($18/6) arrive. Harvested in neighbouring South West Rocks, these briny bivalves are shown off beautifully under the spicy kimchi. 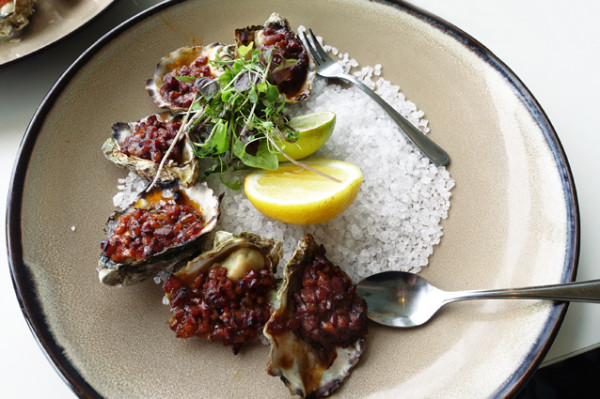 I’m equally impressed with the Classic Kilpatrick ($18). They're well-presented, with the bacon well cooked, and the bivalve gently kissed with heat. I’ve had many worse renditions of this dish in restaurants. 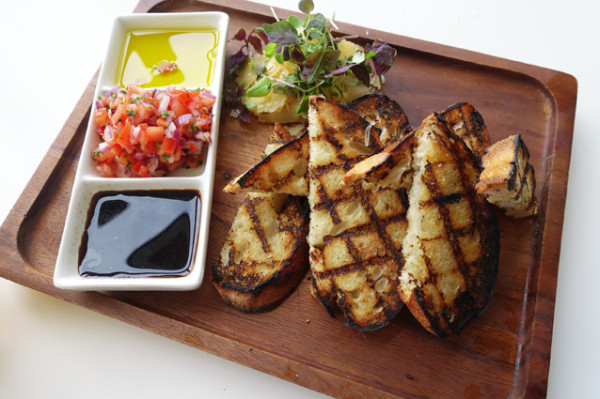 Bruschetta ($13) comes with cross-hatched charred sourdough, shaved cheese, chopped tomato and onion, Pedro Ximenez vinegar and Alto olive oil. The excellent greenish olive oil is the stuff I use at home. Together this dish eats like a ploughman’s bruschetta, allowing you to assemble your own taste adventure. 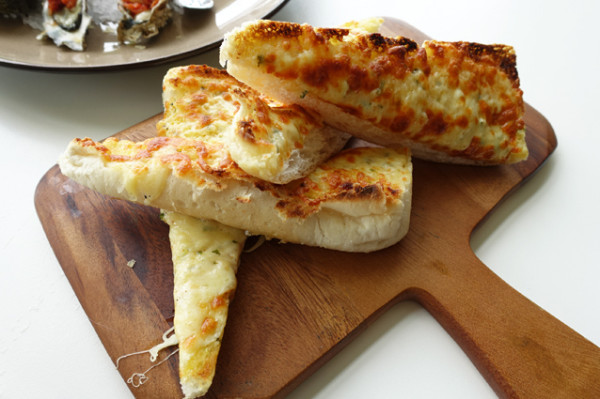 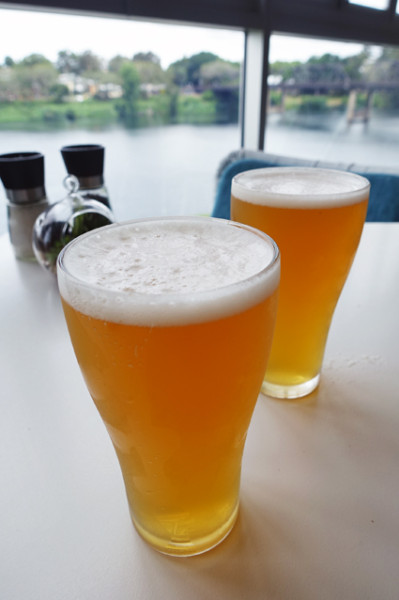 For something simpler, the Three Cheese Garlic Bread ($8.50) here is both generous and tasty. 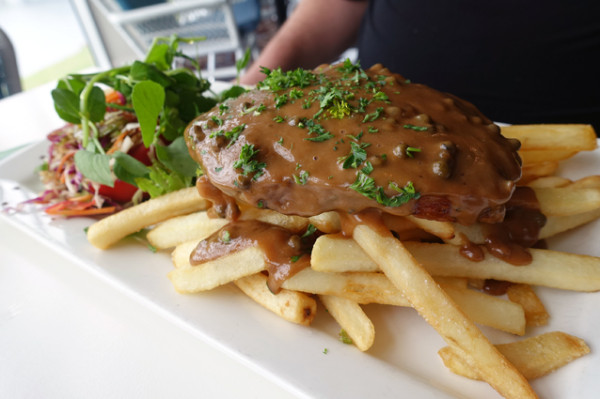 The 300g Rump Steak ($29) is a heaving platter of food. The steak is tender and flavoursome, and our chosen green peppercorn sauce had a nice amount of bite. While some might say the 2013 bypass of Kempsey happened for a reason, Freshwater Grill is a compelling reason to put it back on your map.