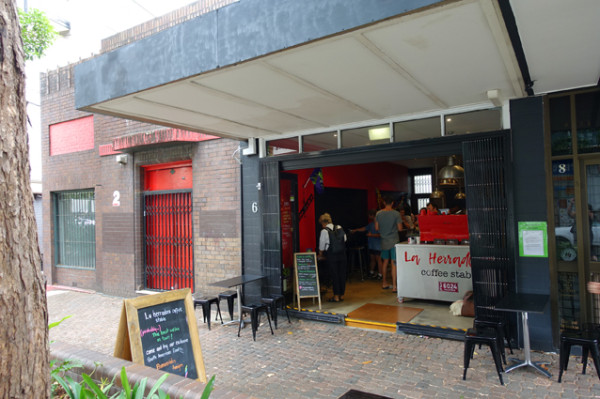 In a little pocket of Chippendale fast becoming a much-needed enclave of wine bars and live music, you’ll find La Herradura Coffee Stable. Opening up just four weeks ago, this tiny cafe is more than just a coffee shop. 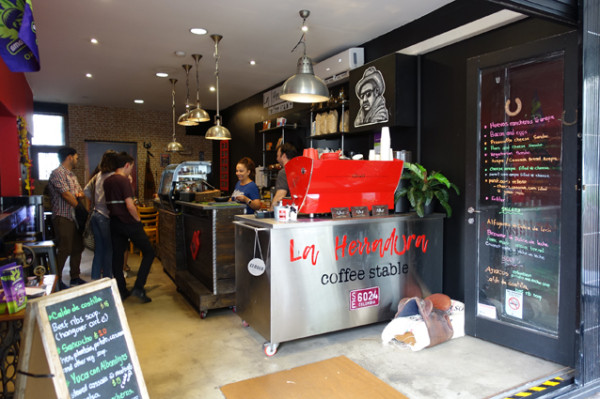 Colombian owner, Zeidy Pena, is also serving up traditional South American food. For me, this meant consuming my second lot of arepas in a month. 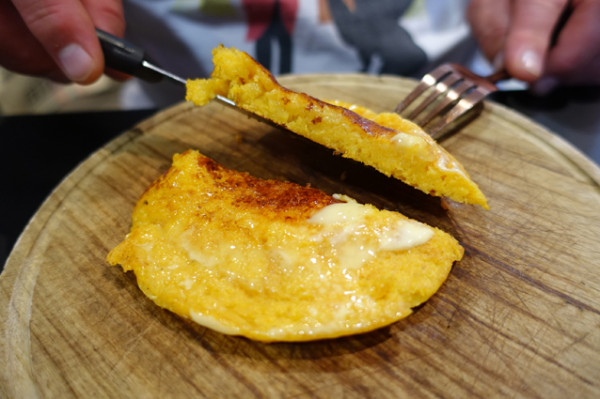 Colombian arepas are served up here as entrees with your lunch, or at breakfast time as a substitute for banana bread. I tried a cheese Arepa ($3.50) and an even more flavoursome Sweet Corn Arepa ($3.50). 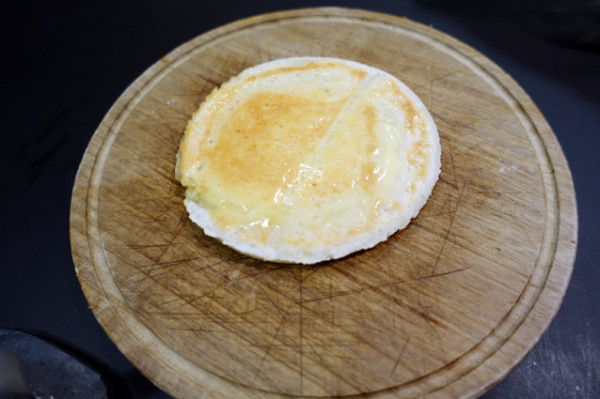 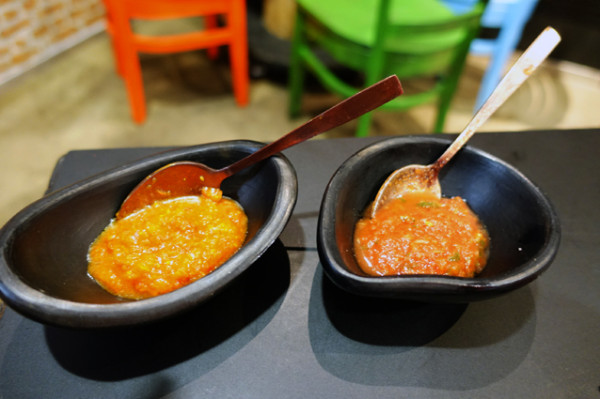 I smeared them both in hogao (a Colombian tomato salsa) and an even better flavoursome chilli sauce that’s made for La Herradura by a Colombian friend. 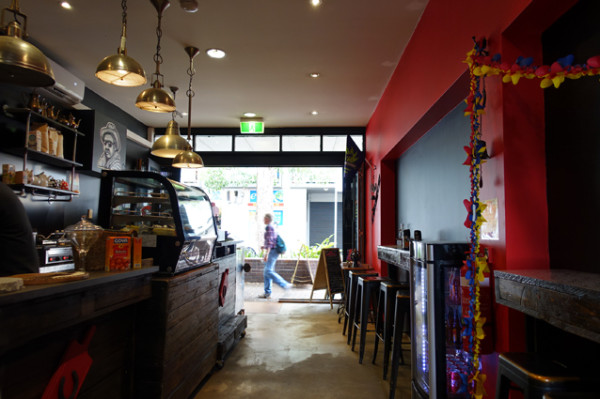 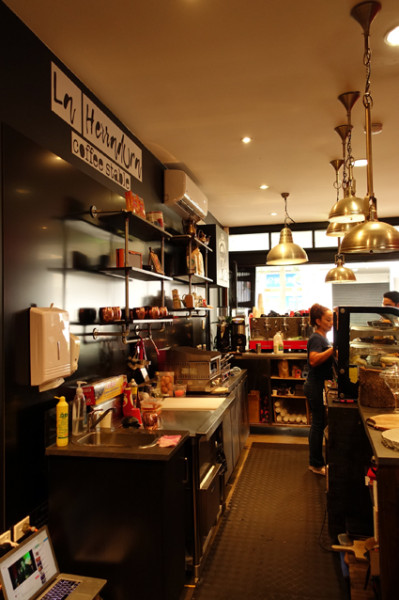 The arepas are so compelling you are going to want to say: “Line ‘em up!” Though I urge you to resist, because the main event here is even better… 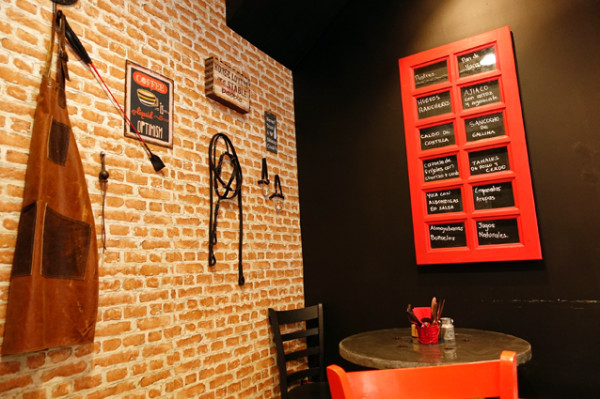 Soups form a huge part of Colombian cuisine, and they’re eaten as breakfast, or in huge pans for lunch or dinner with rice and vegetables on the side. Unlike Australia, where we tend to eat soup in winter, in Colombia, they’re eaten all year ‘round. I was lucky enough to try three different soups, and damned if I can choose between them. 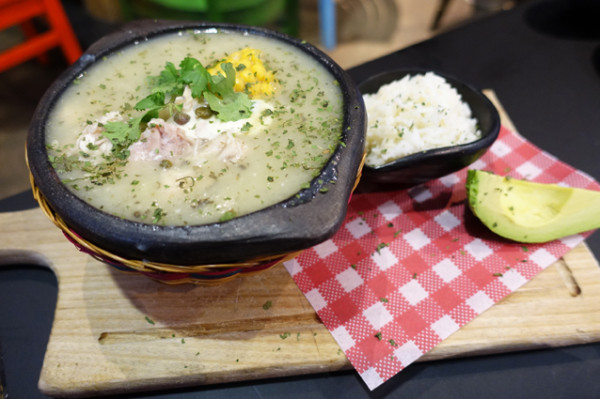 Ajiaco ($18) is a beautiful, comforting chicken soup – think of it as Colombian penicillin – that’s also eaten in Peru and Cuba. It’s made with long strands of chicken, three kinds of potatoes (some of which break down and give the broth more body), corn, and the galinsoga parviflora herb (commonly called guasca in Colombia). It’s presented in a traditional earthenware bowl made from mud, with a segment of avocado, and a small bowl of white rice, which you can either eat separately, or dipped in your soup. 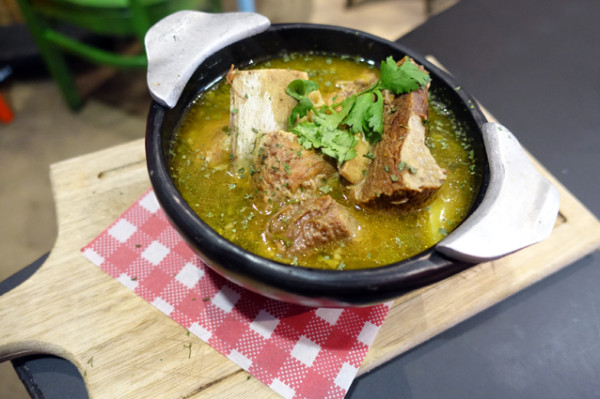 The most broth-like of the three soups, Caldo de Costilla ($18), is dubbed ‘levantamuertos’ meaning it will raise the dead. It’s basically a Colombian hangover cure, from the Andean region, that you’ll find people eating the morning after a big night out. It’s another meaty affair – as Zeidy explains: “in Colombia we eat meat three times a day,” – with beef ribs boiled in water with potato, onion, coriander and garlic. The tender meat simply falls off the bones, and is easily scooped up with the savoury, robust broth. 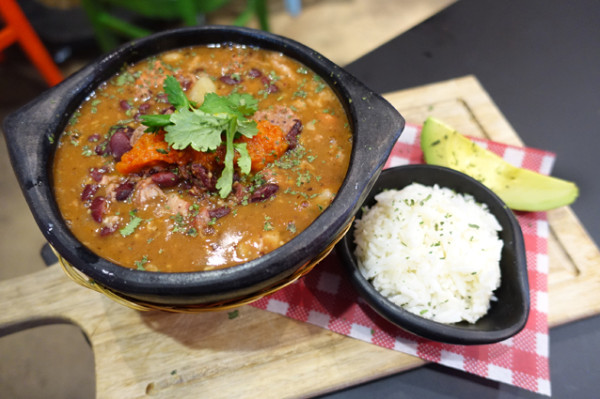 If you see Cazuela de Frijoles ($18) on the daily menu, you should definitely snap it up. “I make with my Grandmother’s recipe. We don’t have it on all the time, but when we do, everyone comes,” explains Zeidy. It’s the thickest of the soups – a smoky, meaty blend of pork, bacon, chorizo and beautifully cooked red beans – that really suits the accompanying avocado and white rice. Zeidy is right too about the South American community coming out - I'm surrounded by people speaking Spanish, and at the next table a mother is trying to entice her young daughter to try the food she grew up with. 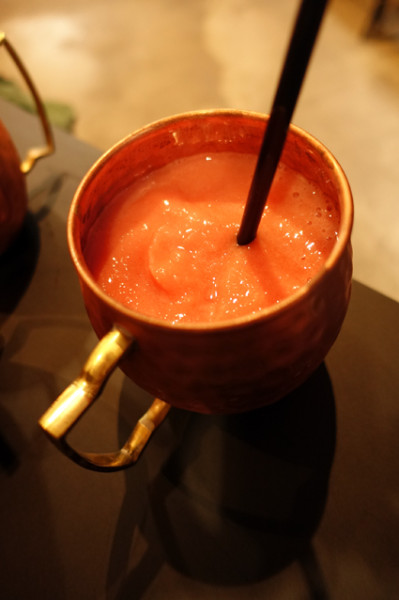 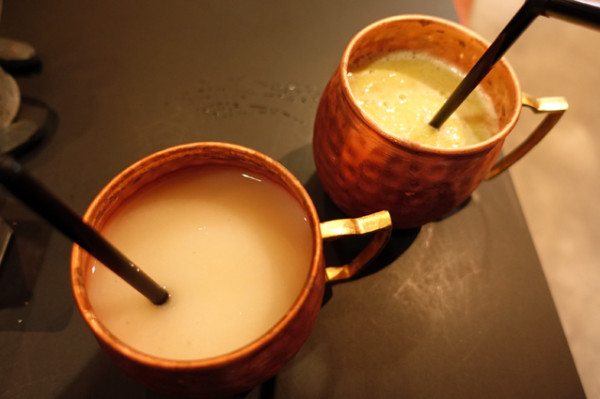 Now if you’re worried about eating soup in summer, the La Herradura team are also making amazing icy smoothies to accompany them. While you can order more usual flavours, I encourage you to give their traditional Colombian fruits a go. Soursop ($5.50) is a delicate, lemony drink; the pink Guava ($5.50) is a bit sweeter (it really wants for vodka); and Lulo ($5.50), which is made from a rare, tangy tropical fruit native to Colombia, has some sourness and a lovely citrusy flavour that makes it a pleasure to drink. 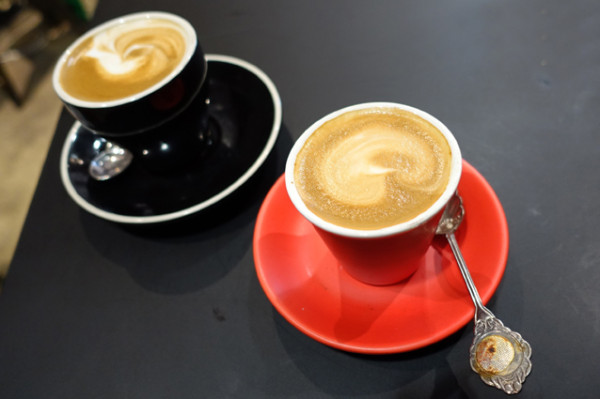 That’s not to underplay the coffee here, either. La Herradura are roasting their own Colombian beans, which I tried out in a flat white and a piccolo latte. They were both so good, it prompted me to buy my own bag of The Smuggler for home use.