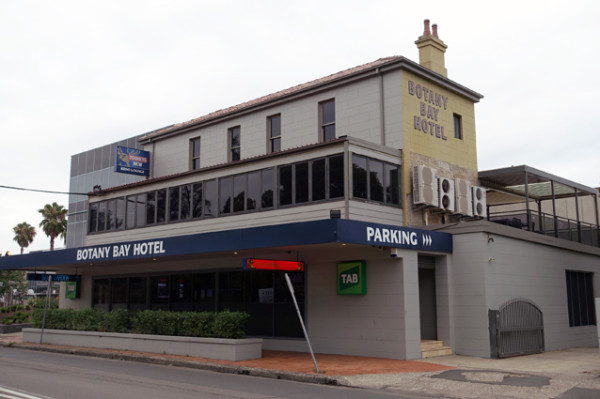 While it doesn’t look like much from the outside, the inside of the softly renovated Botany Bay Hotel is nice. 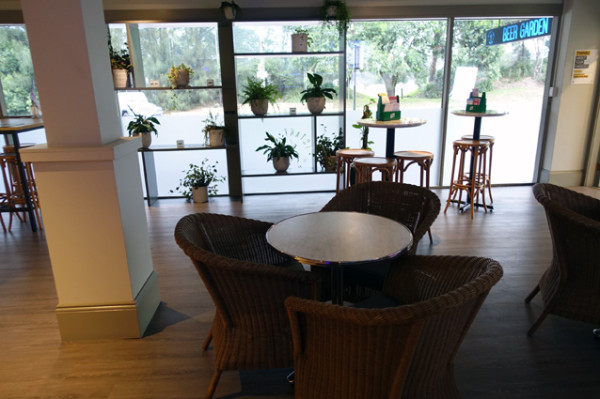 It’s neutral nice, in a way that allows a wide range of people to put their own stamp on it, and make it into what they want it to be. 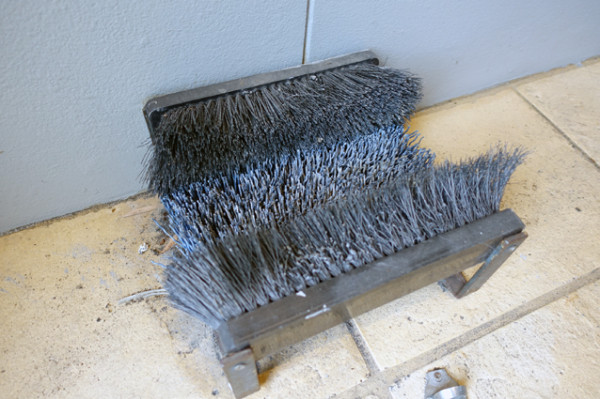 It remains at its heart though, a common (wo)man’s pub; one where you’ll still find boot scrapers at the front door to take the mud off your work boots before entering. 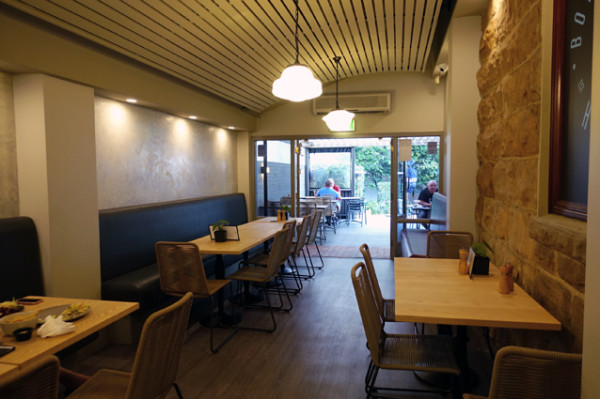 The hotel dates all the way back to 1865, but it was picked up by the Publica Group in October 2017. 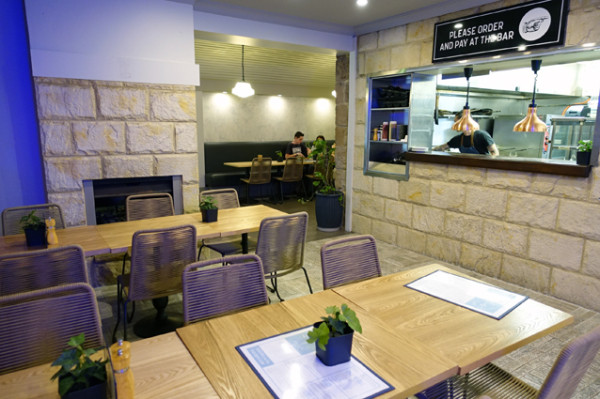 This equates to good news for foodies, because this experienced hospitality group are the same people behind Henrys Cronulla, and former Rosebery star, Clubhouse. They’ve brought across the Clubhouse burger, and their trademark flathead tacos, without forgetting that schnitzels and steaks are the bread and butter of an Aussie pub menu. 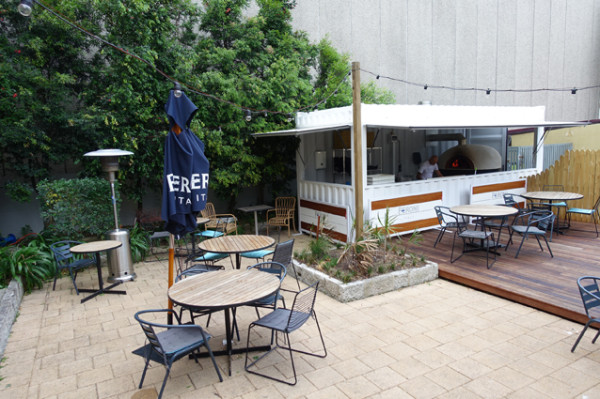 The real star of the renovation is the beer garden. Despite the industrial high-walled surrounds, they’ve made it a pleasant place to dine using timber decking, drought resistant Australian natives, and a thematically appropriate shipping container pizza kitchen. 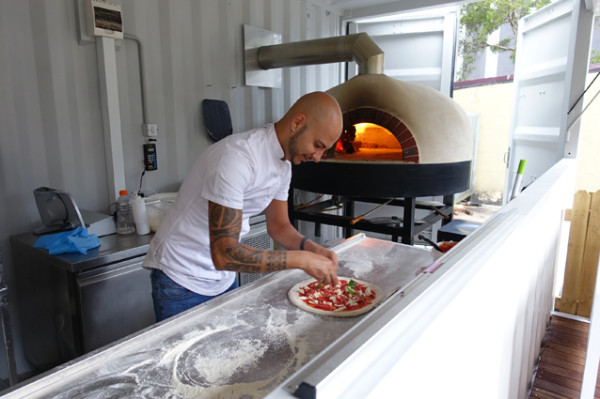 Order a pizza – I hit up Diavola ($22) – and stick your nose over the counter to watch the chef's tattooed guns in action. 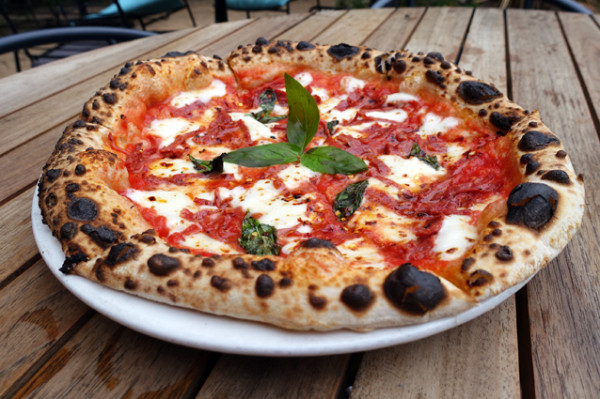 It’ll hit your table pretty soon after, with a nicely blistered, flavoursome, puffy base adorned with a sparing amount of Italian toppings – mozzarella, salami, chilli, fresh basil and tomato sauce. I’m delighted that actual Italian pizza is becoming a Sydney standard, rather than the gourmet rubbish we’ve had to endure for years. 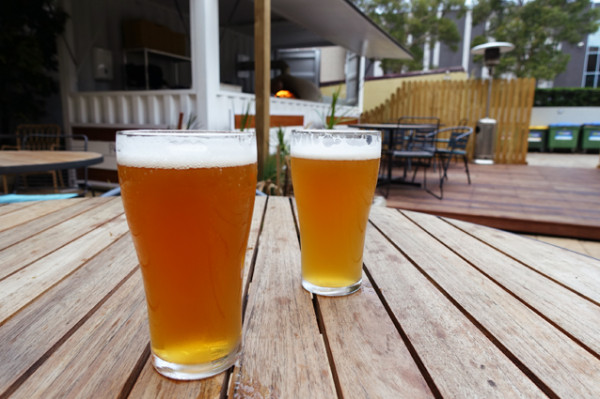 Throw in a beer and I’m pretty much happy. They currently have Young Henrys Newtowner ($7/schooner) and Kosciuszko Pale Ale ($8/schooner) on tap, though I’m assured there will be new lines laid, and more craft beers available in the future. 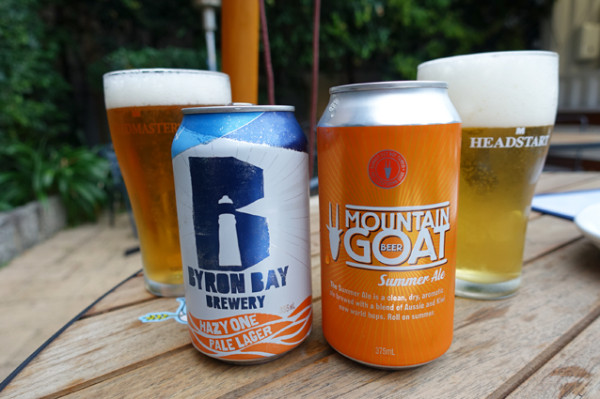 From their canned selection I also try the Byron Bay Brewery Hazy One Pale Ale ($7) and the Mountain Goat Summer Ale ($7) but am less impressed with these beers (who are now owned by Lion and Asahi respectively). 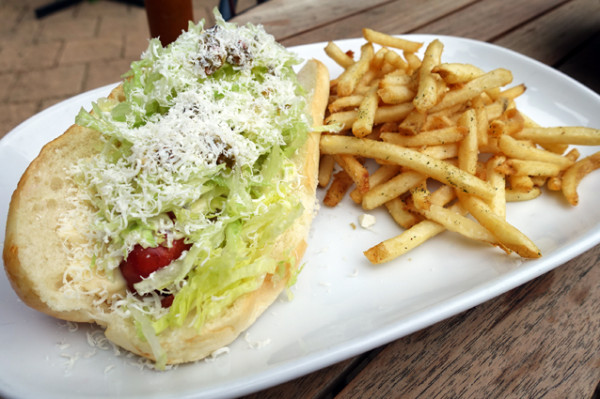 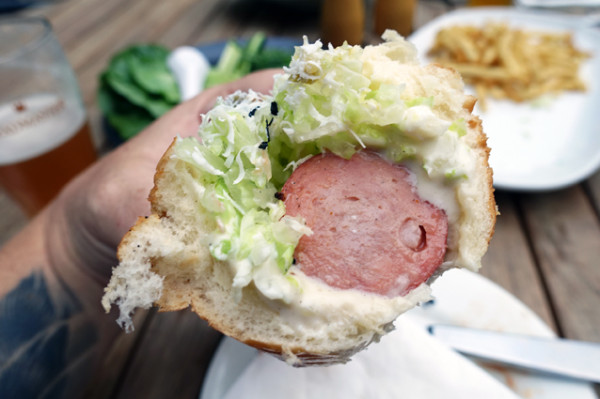 Served with shoestring chips, it’s a credible kransky that makes a satisfying pop (meaning more meat, less water) when you bite into it. 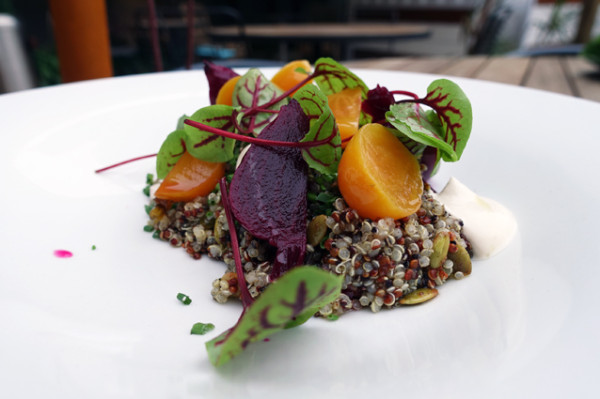 Publica Group Executive Chef Raf Tonon, who was in the kitchen on the night I dined, has also included some decent salads on his menu. The Beetroot, Quinoa and Smoked Goat’s Curd ($18) is an eye-catching plate. The quinoa is enriched with pumpkin seeds and set off by the smoky cheese, with beetroot chunks providing an element of sweetness. It’s all tied together with a burnt onion dressing, and is an utterly pleasurable eat for more than just vegetarians. 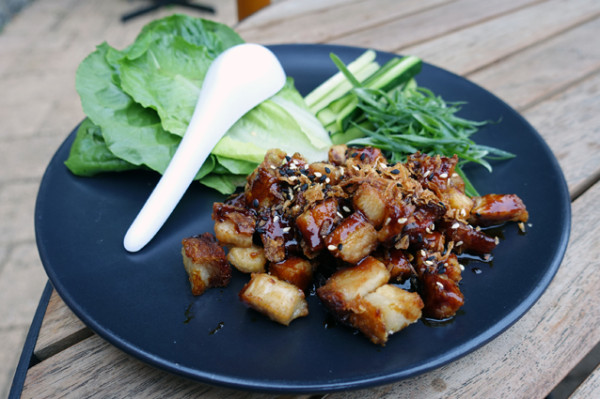 You can also get your greens in the Pork Belly Sang Choi Bao ($16) that I’m slightly less enamoured with. I like the sauce – which is pleasantly not as sweet as I was expecting – but it’s hard to scrape it up into your lettuce wrap. Without it, the pork belly cubes are a bit dry - more crunch than porky flavour.

With the pub closed for eleven months, and neighbouring Pier Hotel, packed, the big question is whether the Botany Bay Hotel can lure back their clientele? A quick drive around the area revealed they might have their sights on some new targets - hip medium density blocks are popping up in droves. We soon won’t know where Rosebery ends & Botany/Banksmeadow begins, but we will know where they should get their pizza...