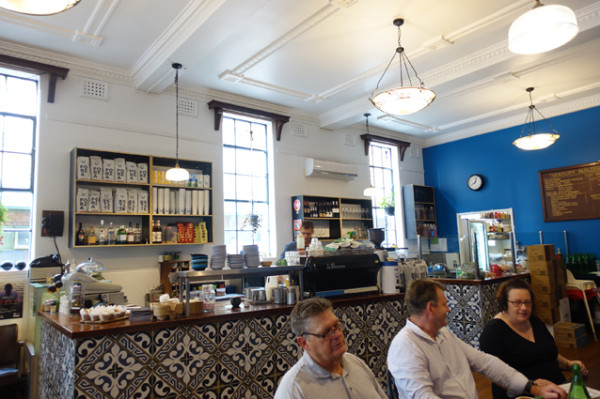 Lismore is a town still orientated towards a flood. Even nine months after the event, time here is still divided into before the flood and after the flood in people’s narratives. The Bank Café was one of the first venues to re-open after Cyclone Debbie, with owner Brad Rickard promising locals affected by the flood “a night to blow off a bit of steam”. The evening was an extension upon their regular Friday night series – Buns & Hops – where live music, craft beer and a clever list of burgers, attract in the crowds. With my dinners sewn up with bookings at the region’s extensive list of fine dining restaurants, I only had time to visit The Bank Café for breakfast... 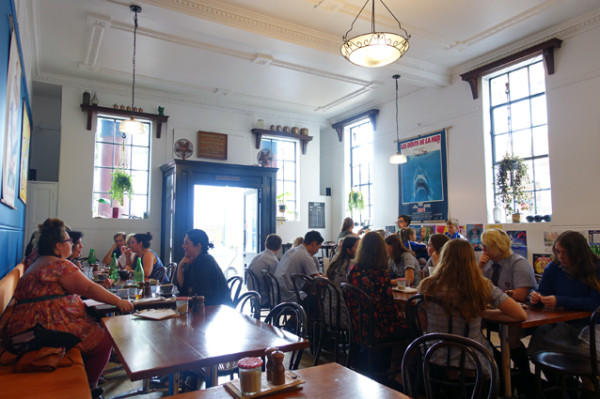 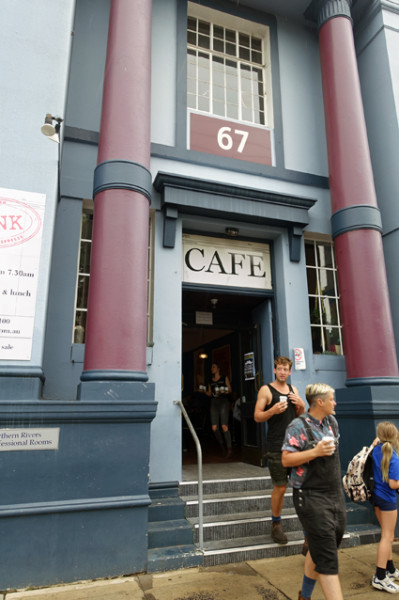 The venue itself is a curious mismatch of styles. Royal blue feature walls, a long orange banquette, and a retro television set in a wooden cabinet help to give it a homely vibe. At the same time, the high Edwardian ceiling and dangling art nouveau lights, give the large airspace space a sense of grandeur. At the rear you'll find wooden signboards for the treasury building it once was (hence the name). 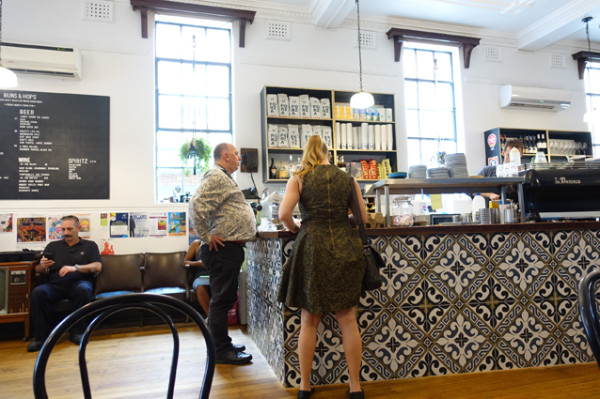 It’s a big space, and packed on the morning I visit, with just one poor waitress on the floor. She’s a little ray of sunshine despite this undoubtedly daunting task. When I ask where I find juices in the extensive menu, she fires back: “I hide them at the back because I like the attention of being asked.” 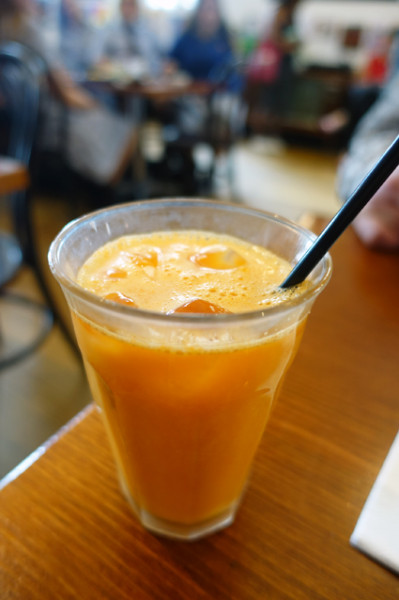 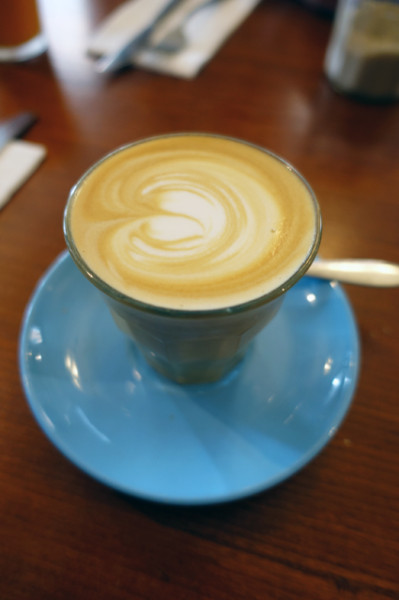 My resulting Orange, Carrot and Ginger ($6) juice comes very quickly, all things considered, but I’m not quite so lucky with my coffee. 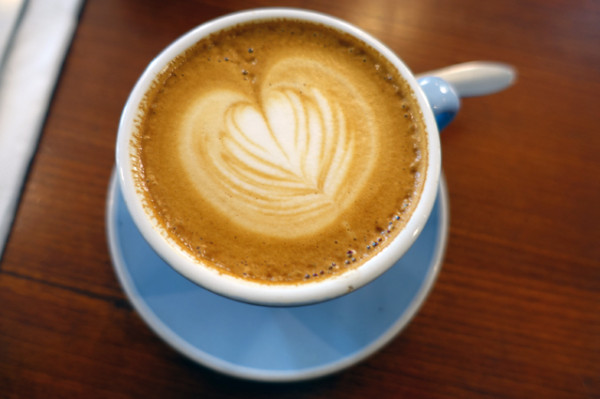 While my dining companion’s strong Flat White ($4.30) arrives in good time, ten minutes passes without the appearance of the other. When we catch her in flight to point out the mistake, it’s quickly and apologetically rectified. The house beans are a bit bitter in the flat white, but scrub up better against more milk in my Latte ($3.80). Both coffees drink a bit thinly, lacking the level of complexity and body we both prefer. 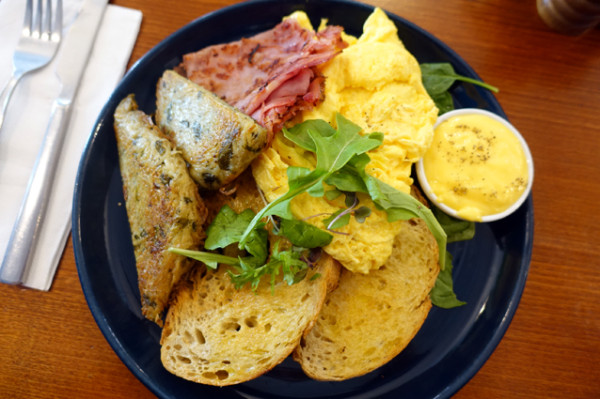 While I stick to a breakfast designed by the café itself, my dining companion builds his own adventure, starting with Scrambled Eggs on Organic Sourdough Toast ($9.50). He adds Bacon ($4) and Hollandaise ($2), though the highlight of the plate turns out to be the house-made Potato Rostis ($3/2). These generously proportioned shredded potato cakes are the best I’ve had in ages. They’re both tasty and super-moist, meaning I'm kicking myself for not ordering my own set. 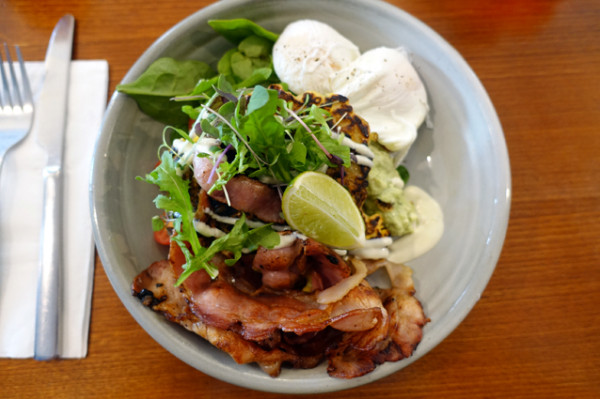 The Charred Corn and Chive Fritter Stack ($13) I did order is a heaving plate of food for the spend. The rustic vegetable fritters are accompanied by two poached eggs, a mound of bacon, smashed avocado and feta, rocket, cherry tomatoes, aioli, Stone & Wood sauce and mixed herbs, under a wedge of lime.

We leave well-fueled after joining the payment queue where a group of school girls each pay separately, adding to the poor waitress’s work load. She handles it with a warm and genuine smile for every paying customer.