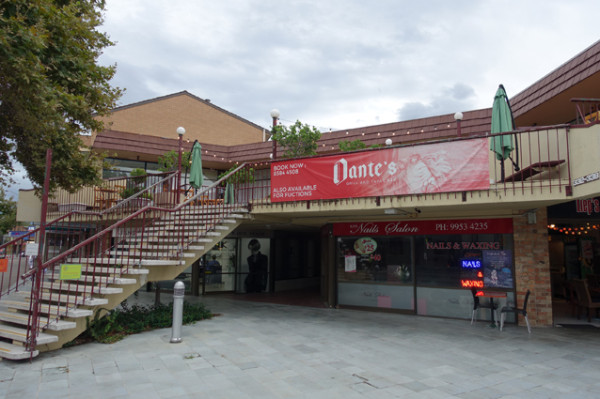 “Abandon all hope, ye who enter here,” my dining companion whispers as we climb the stairs into Dante’s Grill & Tapas Bar. 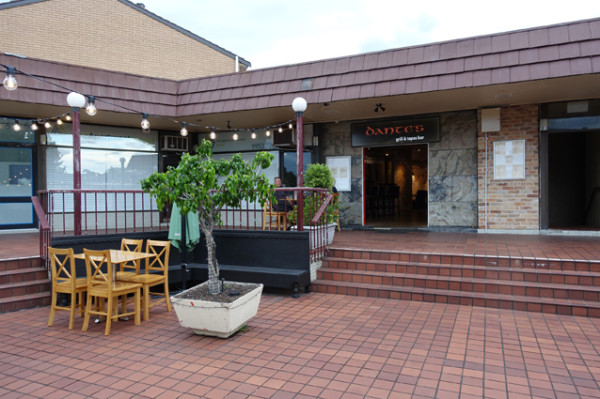 It’s a quote from Italy’s most famous poet, Dante Alighieri, from Dante’s Inferno, the first part of The Divine Comedy. 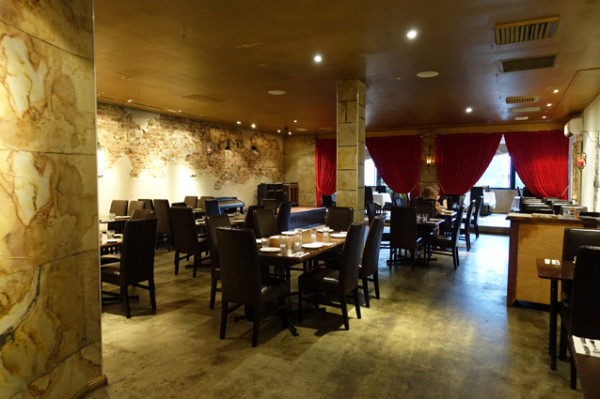 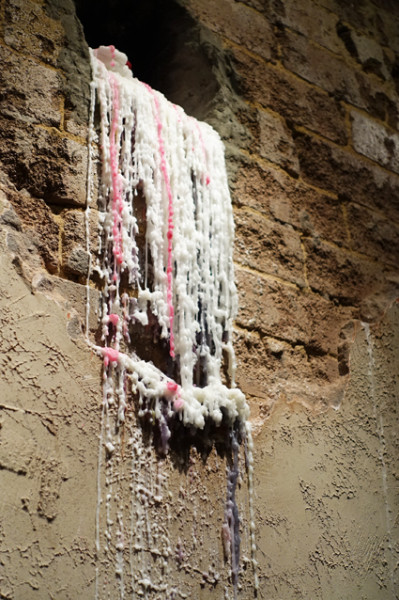 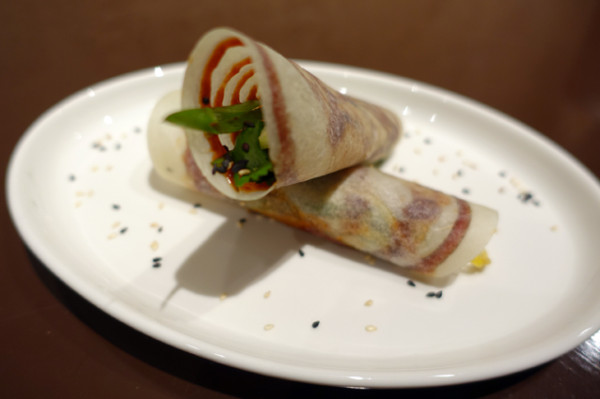 The questions now haunting me are what does an Italian poet have to do with a quasi-Spanish tapas bar in Cremorne; and why are Duck Pancakes ($17/3 pieces) on the menu? Curiosity turns out to be a bit of a theme for the evening... 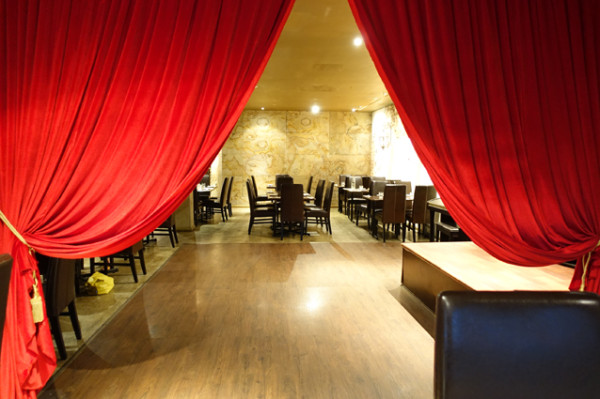 “I was afraid of how hard it might be working in a kitchen, so I went and did it,” explains owner Tae Pang. Two years ago, the former chartered accountant walked past a Spanish restaurant in Crows Nest that was being run by two Nepalese men, and decided to ask for a job. With no hospitality experience he began his journey as a kitchen hand and delivery driver, progressing through fryer and grill before running the whole line. 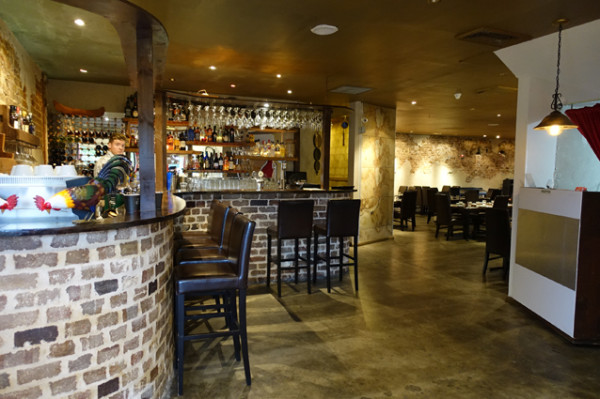 Two years later Pang has segued from cook into restaurateur. He's heading up his first restaurant, with three more in the works, joking he is “still in hell.” Moving out of the kitchen, he's hired two chefs who have collaborated on the menu, under the brief: “What’s a good small plate to have a wine with?” Which is precisely how the duck pancakes came to be... 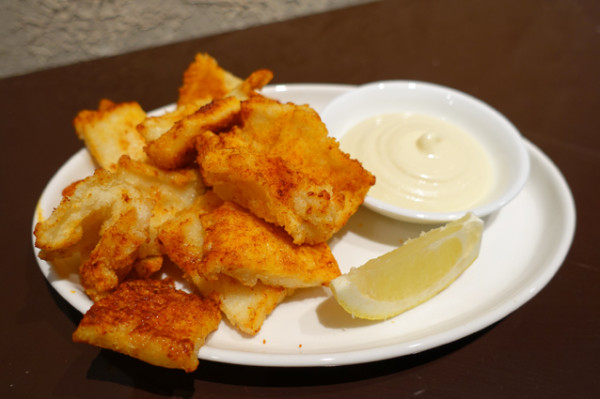 Yet the Dante’s Grill and Tapas menu eats better than it initially reads. Starting with a generous serve of paprika-dusted Calamari Pimentos ($17) the Sharing Banquet ($49/person) lets you avoid making your own selections. 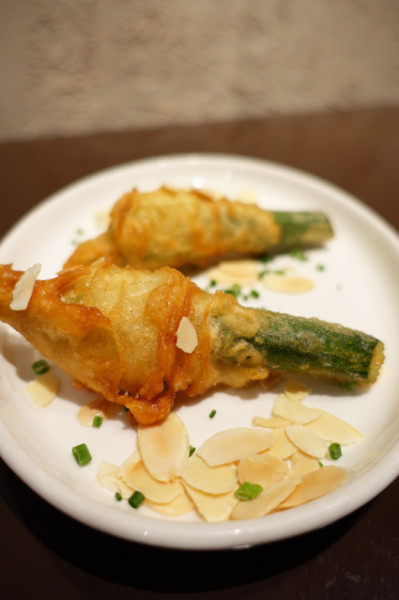 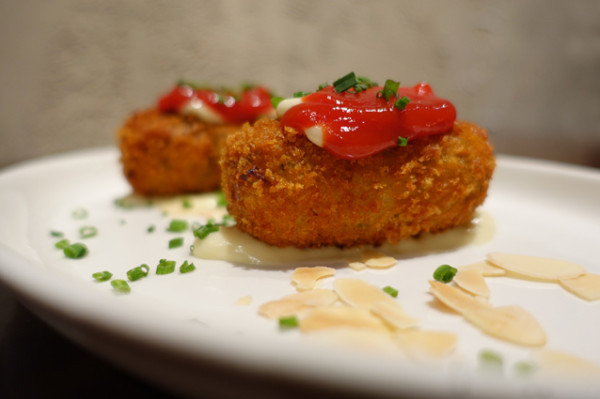 While the opening calamari dish is sized to satisfy (and ensure you don’t gnaw off your leg), most of the following tapas are bite-sized, from pumpkin, sage and cheese-stuffed zucchini flowers, to accessible cod croquettes that are heavier on potato than bacalao salado (intensely flavoured, salted, dried fish). 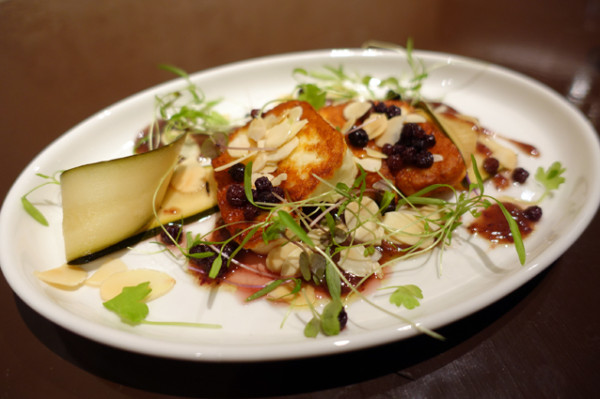 Most dishes seem to come surrounded by flaked almonds, including the Haloumi ($15), which proves to be my dish of the night. It’s accompanied by black currants, green basil oil and house-pickled zucchini – unusual bedfellows, but they work against the golden, salty cheese. 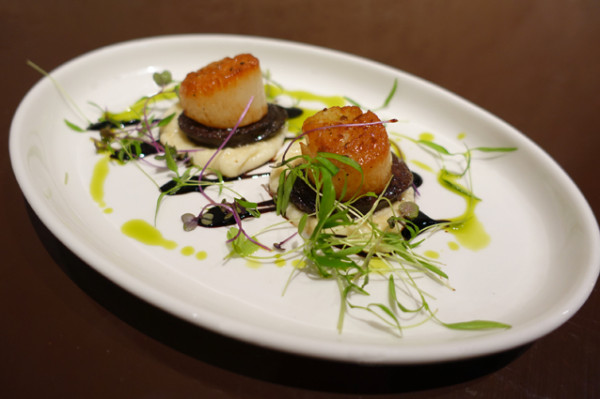 Seared scallops and black pudding served on cauliflower puree is a more usual combination, but it’s well executed and enjoyable to eat. 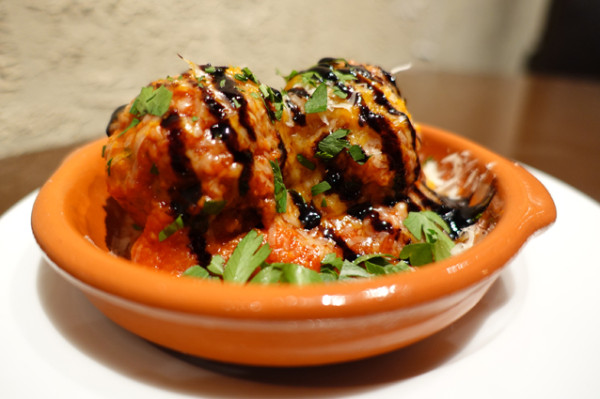 Cheese-stuffed meatballs are lean and flavoursome against a Neapolitan sauce and sticky black lashings of a Pedro Ximinez sherry reduction. 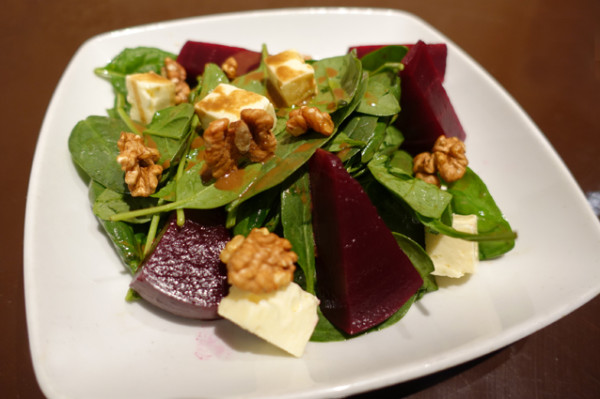 Only a beetroot salad with dry sheep’s feta, baby spinach leaves and walnuts wants for a bit more interest.

If tapas plates and shared meals aren’t really your thing, Dante’s also functions as a grill. The kitchen also turns out well-cooked, high quality steaks. My glistening 350g Rib Eye ($36) arrived with crisp kipfler potatoes, green beans and herb butter, cooked to a perfect medium-rare. The beef is tender, and nicely crosshatched with marks from the grill. 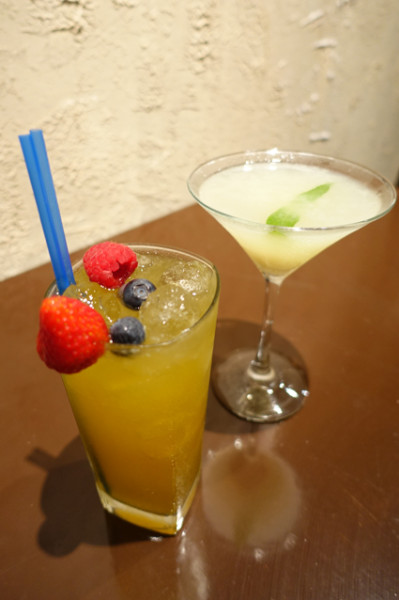 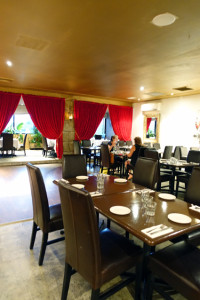 Despite Dante's being a tapas bar, I can’t say the drinks were a highlight. From the combative list of cocktails, I’m stunned into Stupefy ($17), which takes tequila and Midori and then muddles them with strawberry, lime and mint into a drinkable affair. My dining companion stands on Principle ($15), despite it being labeled a ladies’ drink. It’s basically your standard lychee martini, but pleasantly it was balanced rather than over-sweet. From the succinct selection of six wines, the reasonably mainstream Frontera Pinot Noir ($12/glass) was inoffensive and cuisine-appropriate, especially when my usual Spanish mainstay – sangria – was nowhere to be seen.