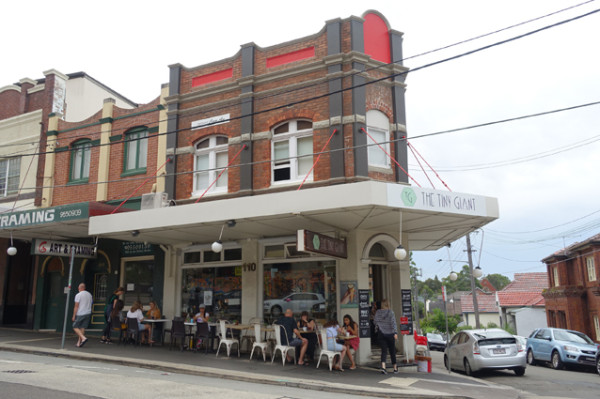 For a platform that only emerged in 2010, Instagram sure has had a big effect on the way we eat. Bringing food firmly into the digital era, Instagram allows its 800-million+ users to carefully construct a curated digital identity. This phenomenon of “eating for the Insta” drives people to venues; and restaurants have answered the call by producing dishes that can favour digital (over literal) consumption. Cafes in particular have risen to this new way of eating, and The Tiny Giant in Petersham is an exemplar of this new breed. 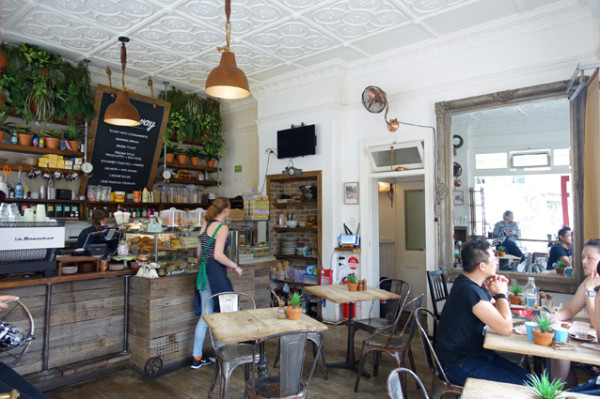 The Tiny Giant’s emphasis upon drool-worthy presentation has taken what would have been a locally focussed corner store café and made it into something with wider appeal. 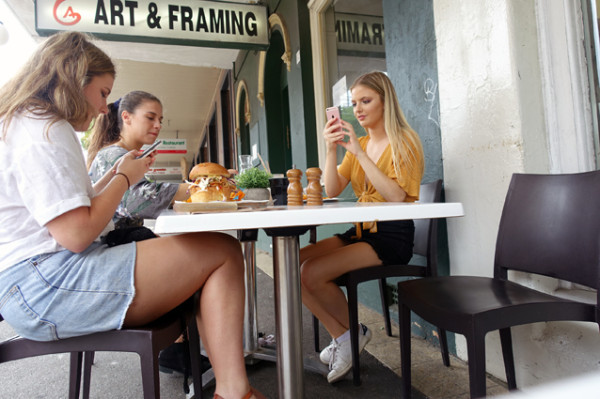 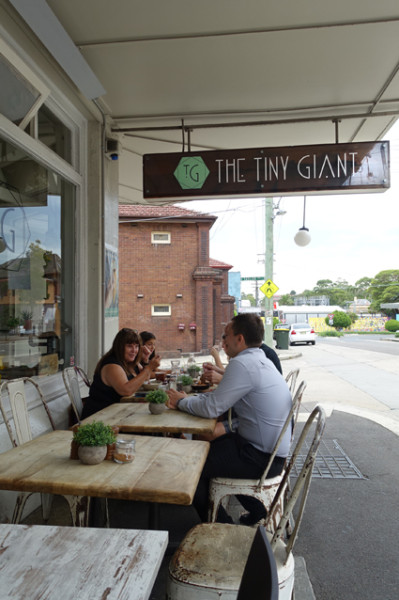 Photo documentation of dishes is (almost) a given, with the next table of young women wordlessly grabbing their phones in unison to capture their brimming burgers as they land. 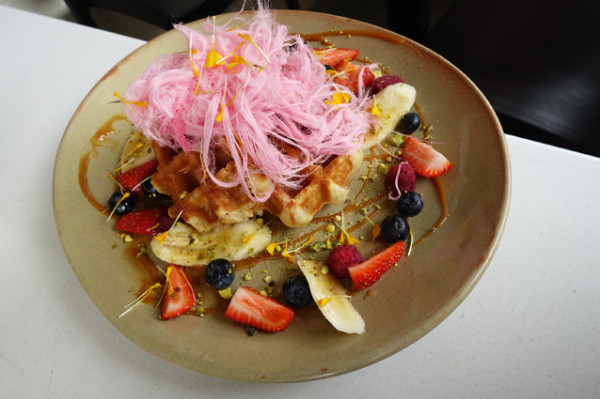 Rather than cursing millennials or bemoaning the loss of flavour, I grabbed a girlfriend with a sweet tooth, and ordered Our Famous Belgian Waffles ($18.90). Arriving under a pink mop of Paskmak, Iranian fairy floss, these thick Belgian waffles have a bit more body than I prefer. (I was spoiled for Belgian waffles in Thomas Keller’s Las Vegas restaurant, Bouchon.) 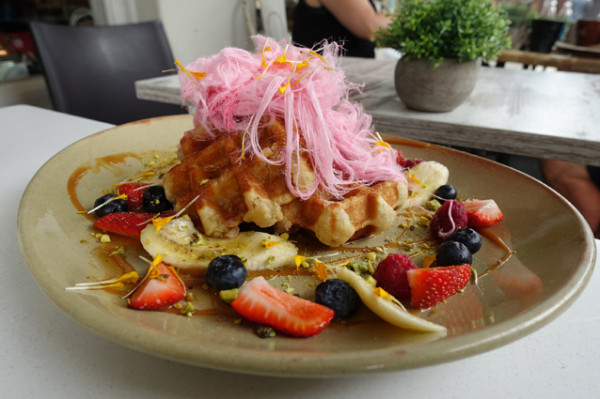 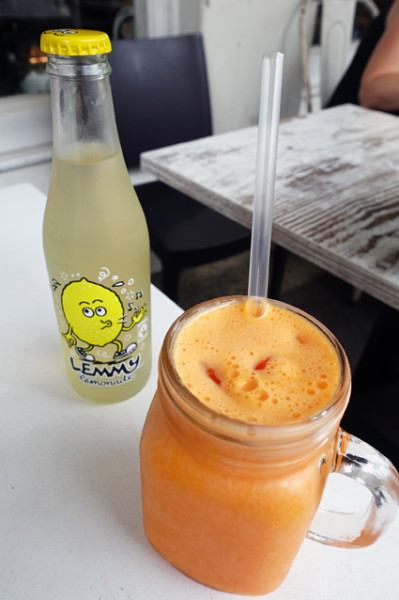 They’re lashed with a fudgy caramel sauce, drizzled with Canadian maple syrup, and offset by a blend of fresh berries, banana and pistachios. The dish is sweeter than I’d like, and even my girlfriend thinks the Insta-worthy Pashmak might be overkill, but the produce is top notch, and the presentation, which includes edible blooms, is certainly inviting. Gulping freshly squeezed Carrot, Orange and Ginger Juice ($7.90) for some acidity, I try to reset my palate to try something else. 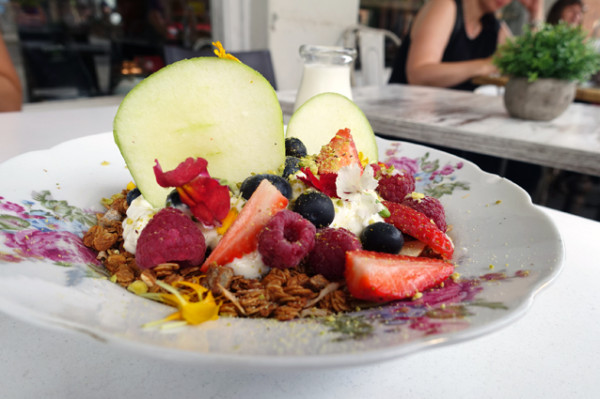 Looking almost as pretty, it’s the Farmer Jo Muesli ($14.90) that wins my girlfriend’s favour. The burnt fig and cinnamon muesli is tasty and avoids the too-hard trap. It’s topped with creamy, lightly tangy yoghurt, with milk passed separately. Honey plus an array of fresh fruit, including freshly cut green apple sails, complete this picture that eats as well as it looks. 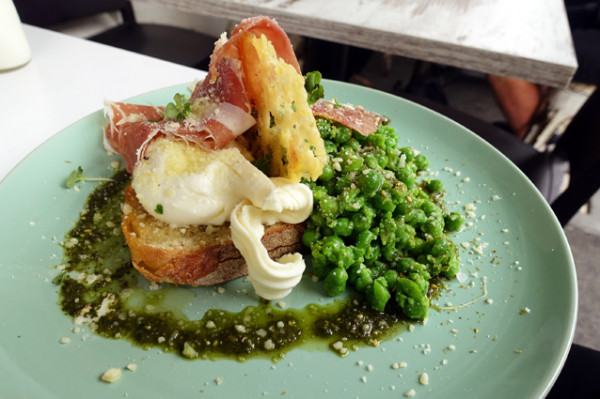 Where The Tiny Giant wins me is with the Pea Smash Parmesan ($18.90) - never have I been so happy to see a tumbling mound of bright green peas. Framed by a pool of basil pesto, they’re served on sourdough with a stringy coil of oozing burrata, sheets of prosciutto, micro mint and a dusting of Parmesan cheese. It’s my kind of breakfast, chosen for flavour, but also for colour - greens make me feel happy and connected to nature. I leave with a smile wondering whether, if you eat on a cloudy day where food photography doesn’t look quite so inviting, do you even eat at all?