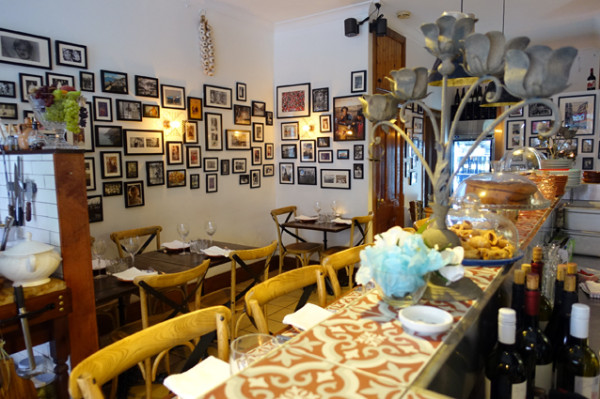 “We like to keep it nice and cosy so we can have this,” Luca Vingiani says, gesturing to the space between him and I. I’m sitting in Nonna Gio, the little Italian restaurant that he runs with his wife, Rosangela (Rosie), on King Street in Newtown. The tiny space feels a lot like dining in their family home. The walls are decorated with hundreds of framed photos depicting their family’s actual history. There are homely lace curtains, and a SMEG fridge in the colours of the Italian flag, and, of course, the highly personalised service. 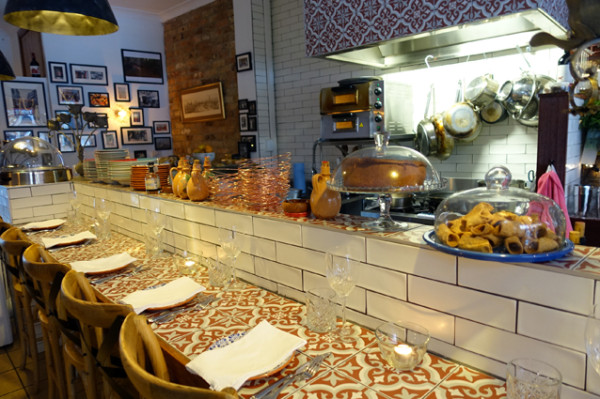 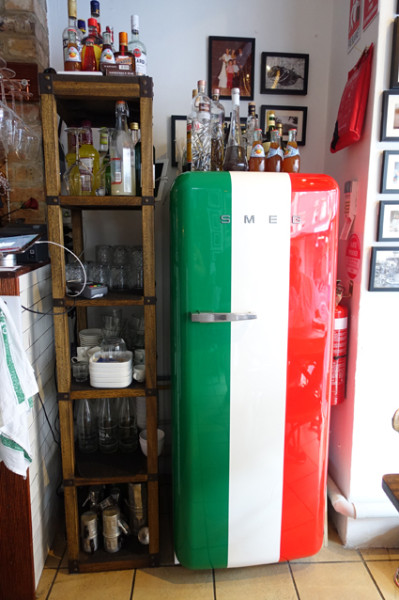 “I’m not a trained chef, so whatever I cook here I learned to make at home,” Rosie explains as she introduces us to the short menu that rotates weekly. The home in question was in a small town called Castellamare Di Stabia, on the road to Sorrento in the south of Italy. Her tutors were her family’s matriarchs, traversing back through nearly one hundred years of home cooking, to Nonna Gio, her great grandmother, for whom the restaurant is named. 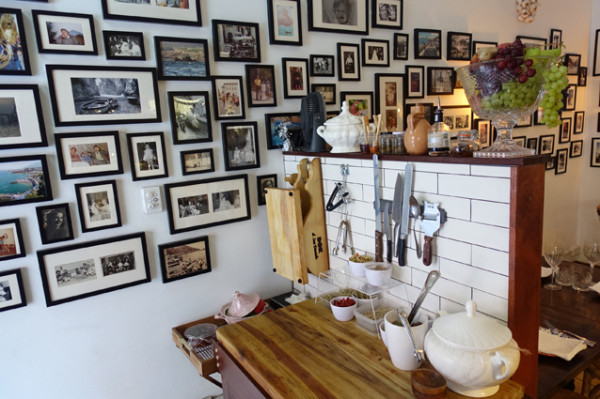 While the seven-item menu is short, the salumi selection is surprisingly extensive, commanding its own page of the menu. 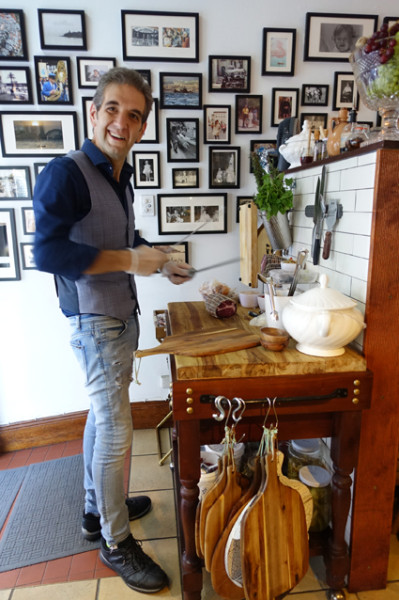 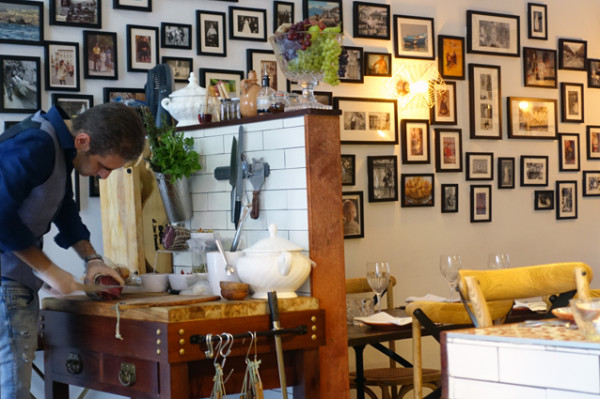 Served individually ($13/serve) or in a trio ($24/person) the cold cuts are well-stored in a dedicated charcuterie fridge, and sliced by hand in the doorway by Luca. 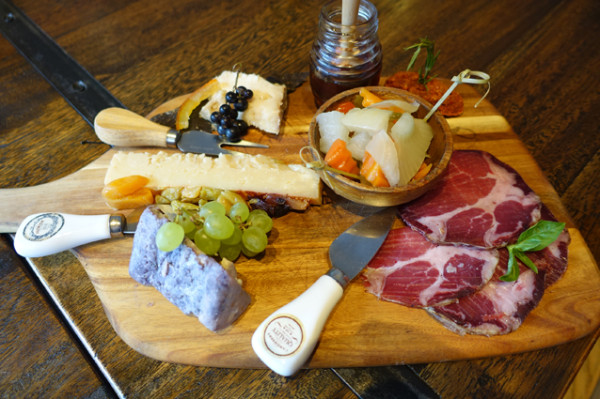 We try a spicy spreadable Nduja ($13), and dissolving rounds of Capocollo ($13), cured pork neck that’s earthy and savoury, presented on a wooden board with our cheese. The imported formaggi menu is equally exciting, producing three cheeses I haven’t tried before. 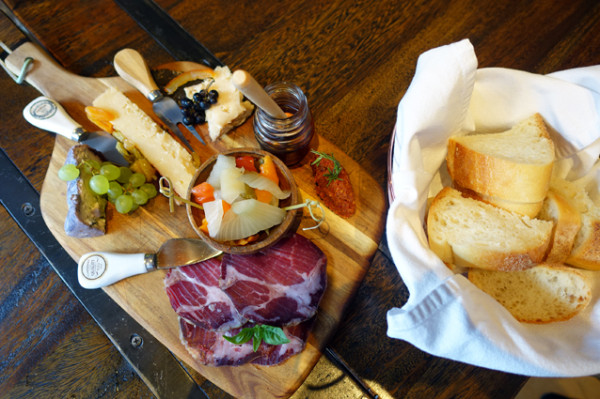 Blue61 ($19) is a gorgonzola-like blue cheese that tastes purple, having been matured in Passito wine and cranberries, giving it a lovely sweetness without the addition of condiments. Equally stand-alone is the Cusie Grappa di Moscato e Frutta ($19) a hard sheep and cow milk cheese that has been enriched with grappa and fruits. My easy favourite however is the Cusie al Castaano ($19), which is crumbly, chalky and smoky, with layers of unfolding flavour. 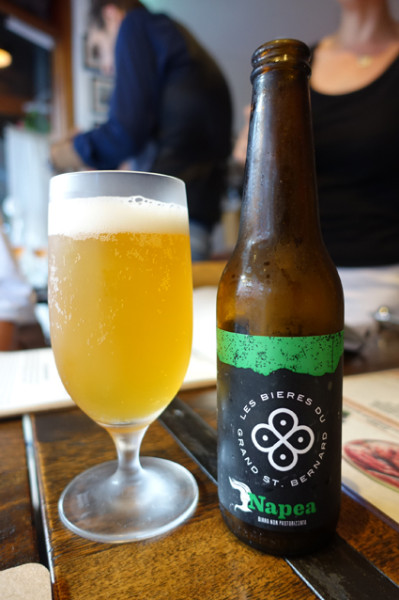 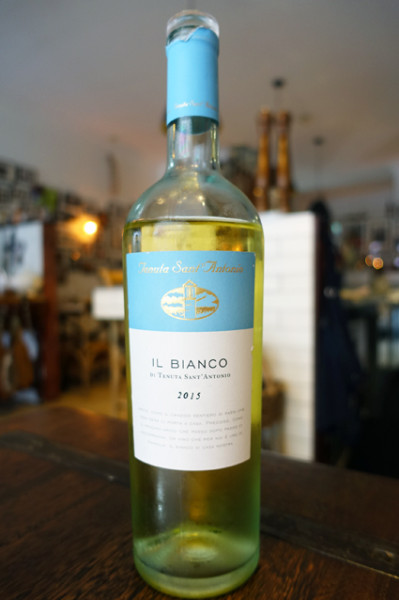 We punctuate our cheeses with sharp house-made pickles, and slurps of artisan beer.  Les Biers Du Grand Saint Bernard Napea ($13/330ml) is a full-flavoured lager made using mountain spring water from the French-Italian border. For such a small restaurant, the breadth of the wine list also surprises me. “I like wines, and I know all the Italian varietals, so it came pretty easy to me,” says Luca. He’s serving wines you won’t find in bottle shops, using his local Italian knowledge to go direct to lesser-known vineyards. We try a tangy almost salty table wine – the 2015 Di Tenuta Sant’Antonio Soave ($62/bottle, $13/glass) then a savoury rose from the all-Italian list, which is arranged geographically from south to north. Privileging Southern Italy is a cheeky bit of “revenge from years of Italian discrimination,” explains Luca. 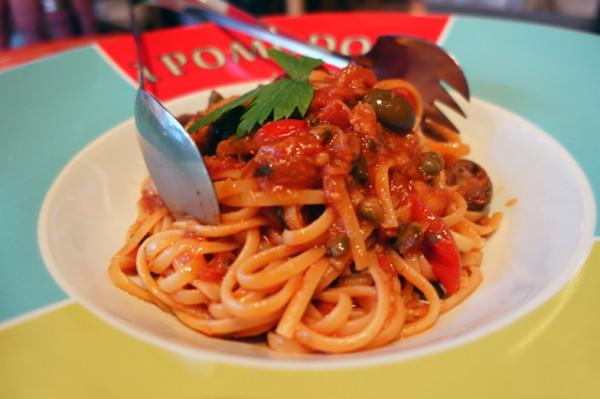 “We don’t serve anything we don’t like,” says Rosie. I like the lack of compromise in her Linguine alla Livornese ($34). It’s a toothsome bowl of pasta that tastes like the sea, with the intensity of shredded baccala (salt cod), meaty olives and bitter capers balanced by the unmistakable sweetness of San Marzano tomatoes. 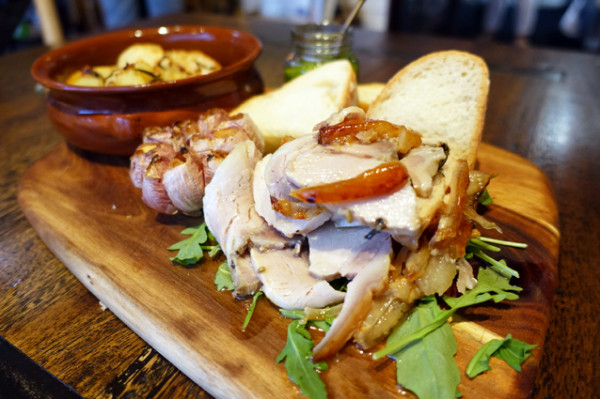 I’m also challenged and impressed by her Porchetta e Patate ($38) served at room temperature where the slippery fat coats your whole mouth. The glistening pork slices are eaten with white bread and rosemary potatoes, with nutty sweet cloves of roasted garlic you pop from the head, or a rocket pesto that I’m less fond of. 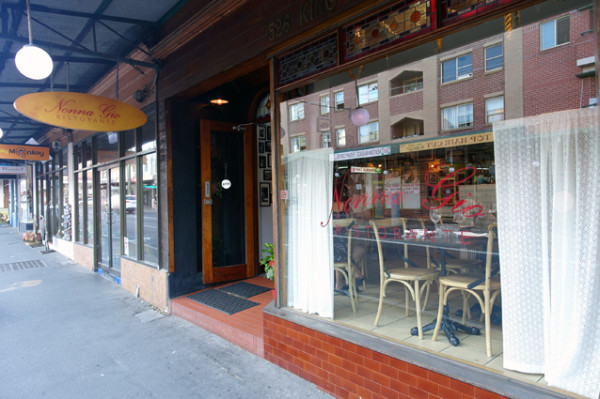 What’s really charming about Nonna Gio is both proprietors’ willingness to talk and spend time at your table, sharing the stories that make the experience bigger than the simple Italian dishes you'll eat. This included a somewhat bashful explanation for the restaurant’s all-Neil Diamond soundtrack: “We saw him about four years ago in Hawaii, and we fell in love,” said Luca. Even I find it hard to argue with that.

Thanks to the Australian Good Food Guide for arranging this visit.
Collapse