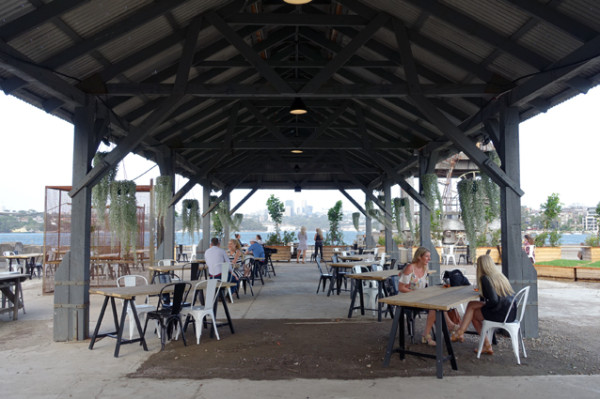 With small houses being all the rage, there's no better time to jump on a ferry and check out Contained. 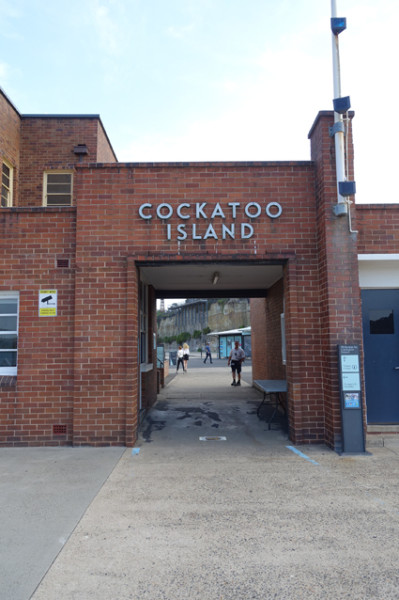 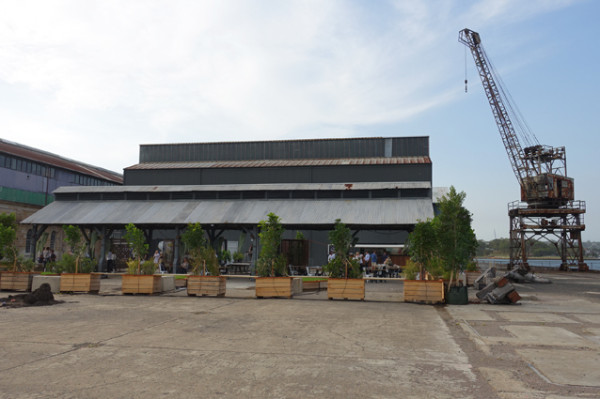 From Balmain Wharf it's a short but picturesque trip out to Cockatoo Island to view this new restaurant, bar and stylish boutique accommodation, all built from repurposed shipping containers. 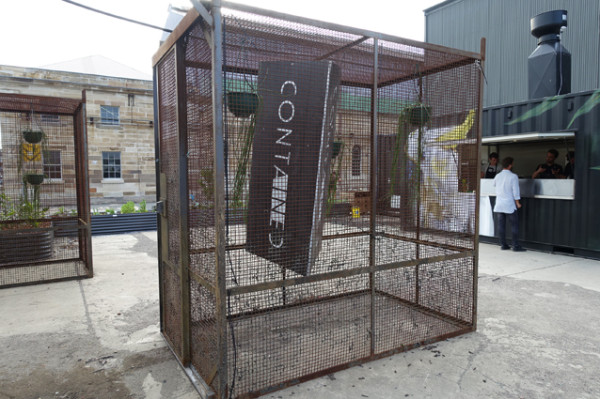 Casually saunter past the glamping tents, and head on down to the water’s edge at the south eastern corner of the island. 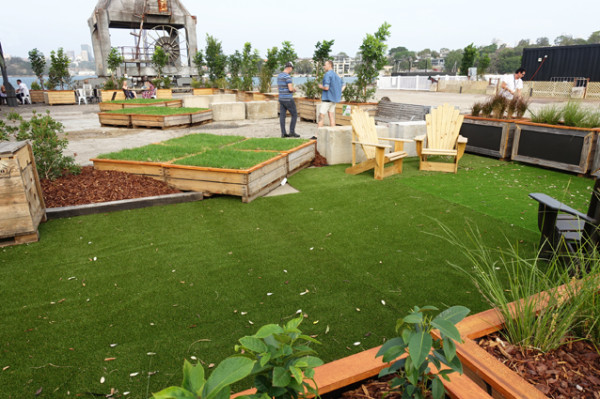 Put together by the folks behind Perth's ‘The Mantle’ - Anatoly Mezhov and his partner Irene Polo - this clever encampment is even serviced by its own urban farm. It's mostly done because supply lines to Cockatoo Island can be a bit shit, but in  time it might even mean you can pick up some surplus vegetables while you're here. The Mantle team have also brought over a restaurant partner from their Fremantle-based, historic warehouse hub. 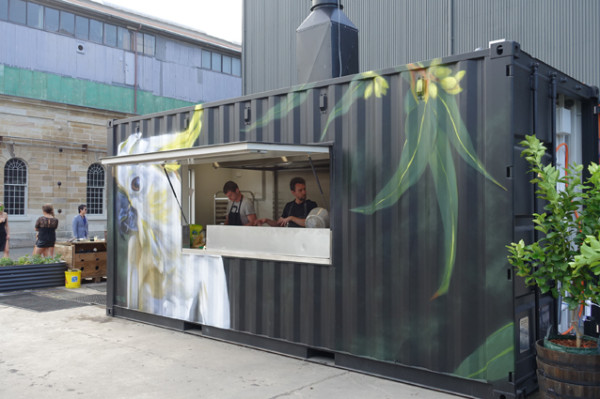 Don Tapa are known for South American fusion cuisine, which takes Latin cuisines as a starting point, and melds in indigenous bush foods that they'll also be growing on the island. 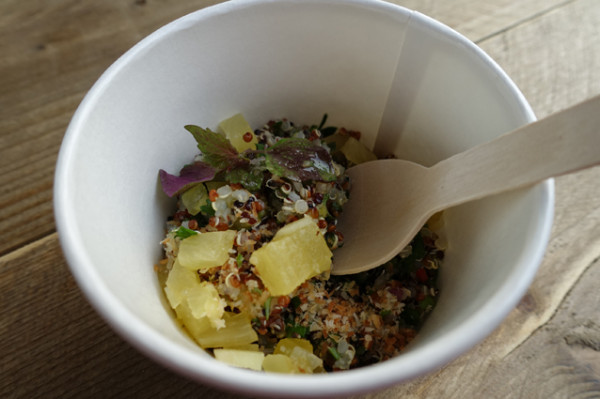 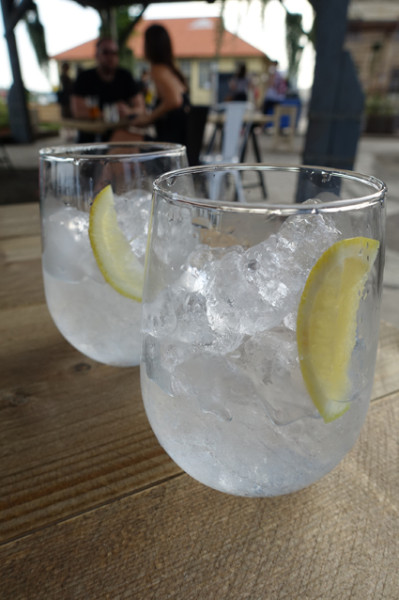 If the Quinoa Ensalada ($18) is any indication, you’re going to be very happy. I tried a sample pot of this salad blending cachaca (white rum) marinated pineapple, quinoa, and smoked coconut, and couldn’t take my fork out of the well-balanced, texturally interesting mix. 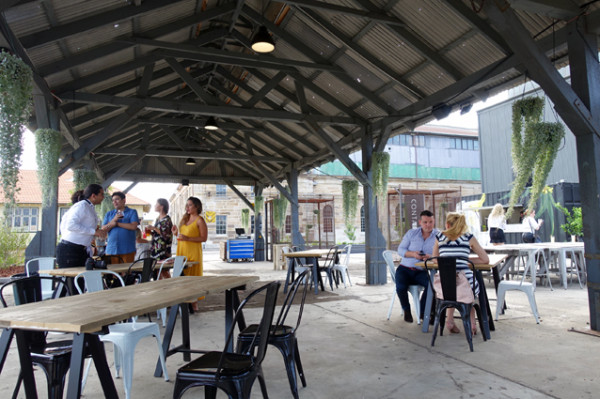 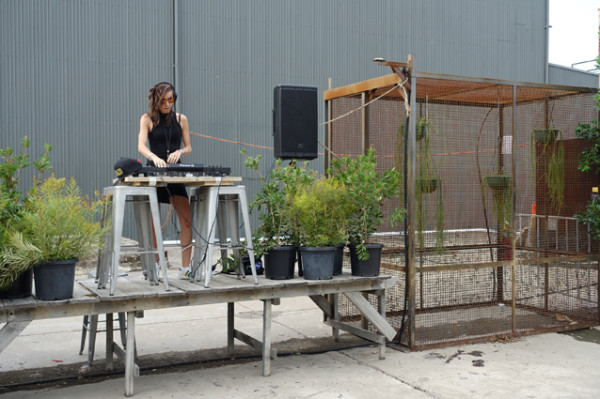 The short but exciting menu contains everything from empanadas to tamales, as well as a Ceviche di Hiramasa ($20) with a good level of chilli against the tender, raw kingfish. 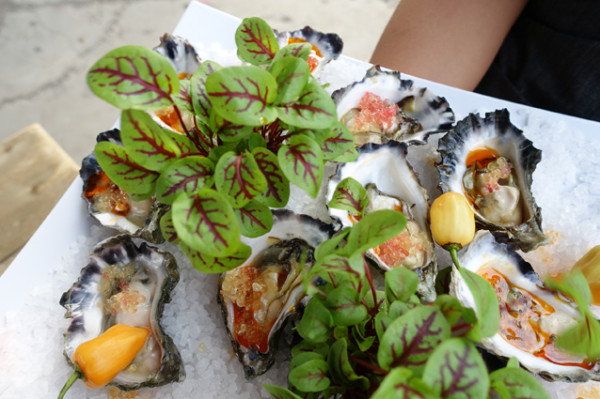 Maybe they breed them tougher in Perth, but this is a far cry from the chilli-light South American food you normally find in Sydney. 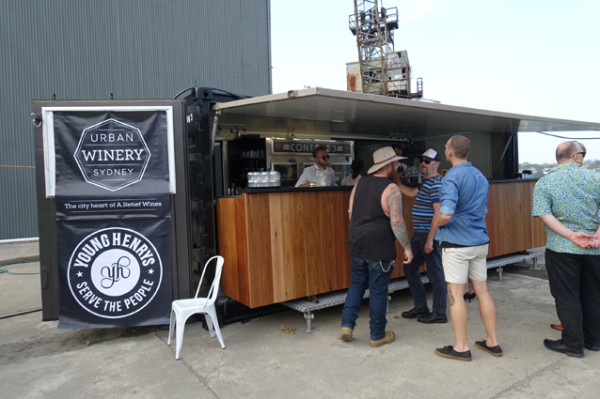 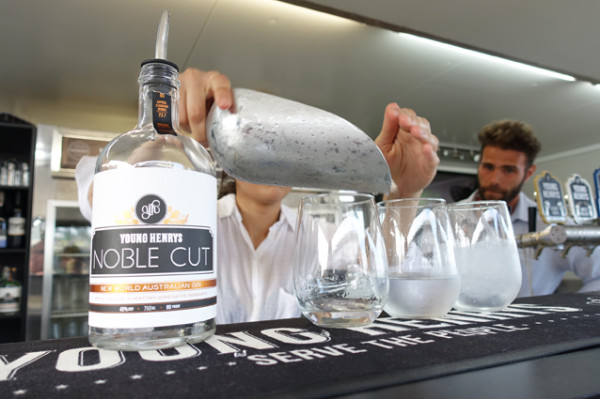 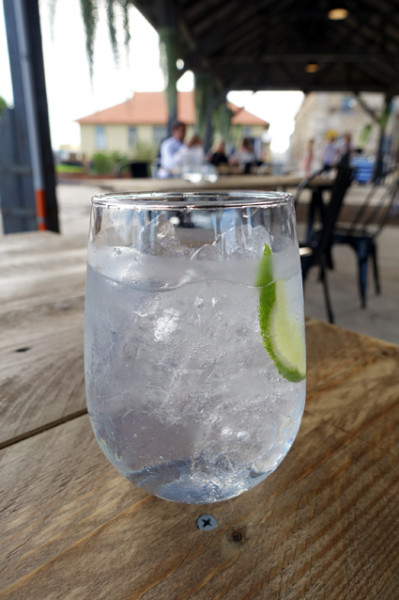 Wines from The Urban Winery will supplement the on-tap beers, and smooth gin and tonics. 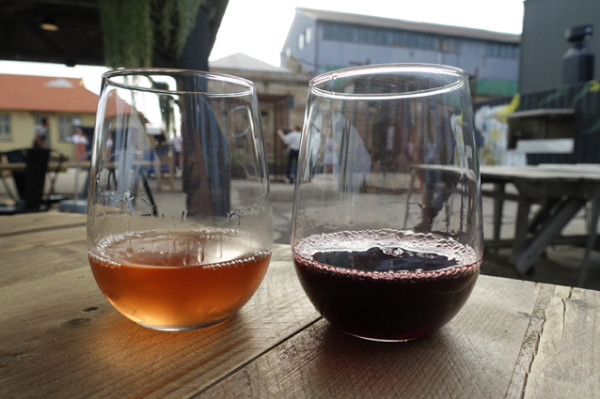 It's okay to sample the whole range, since you clearly won’t be driving to or from the island (just note the ferry times home as you arrive, or you'll be fronting for an expensive water taxi). 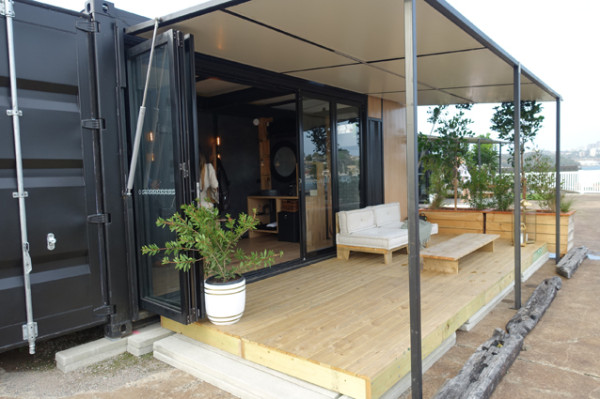 As for the small houses aspect I mentioned earlier, Contained also gives you the possibility to get marooned on Cockatoo Island for a two-night stay inside a repurposed shipping container. 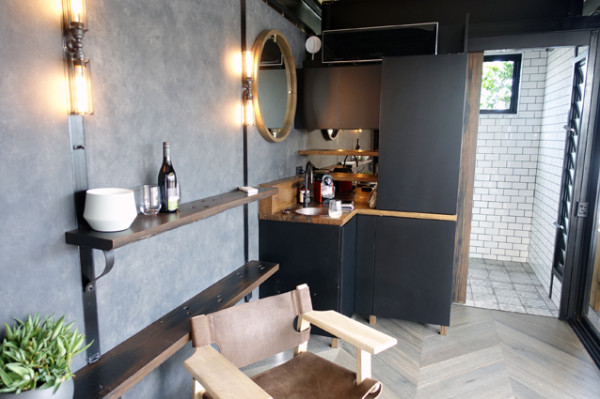 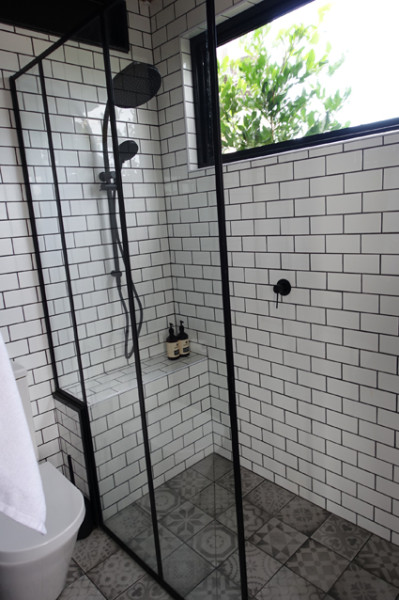 The two suites are both designated adults-only and come complete with everything you’ll need to cuddle up for forty-eight hours somewhere in the middle of Sydney Harbour. 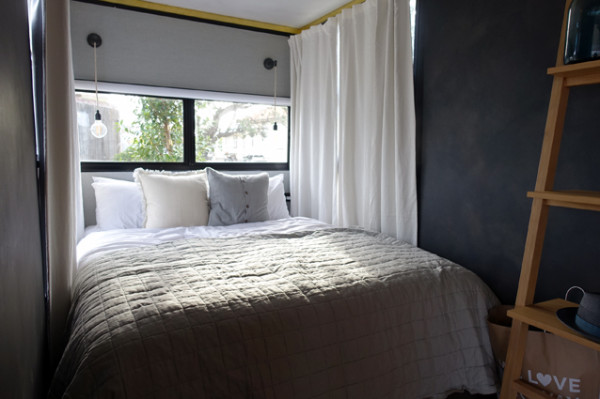 I’m talking a queen-size bed, mini-bar, air-conditioning, coffee machine, wifi, a tablet with Netflix and your own deck pointing at the ocean. 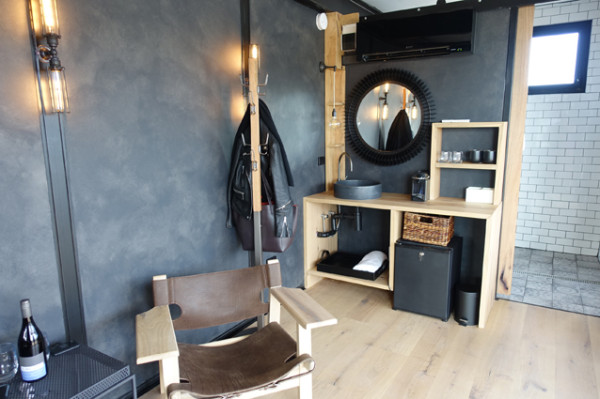 What more could you possibly need? 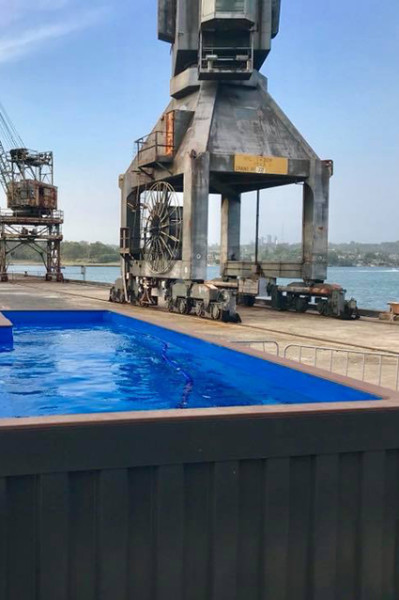 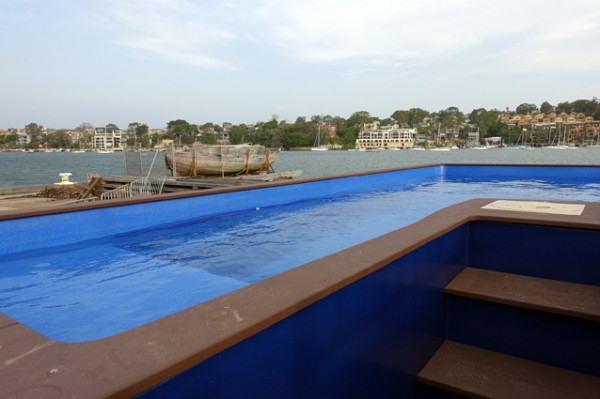 Well, how does your own shipping container pool sound? 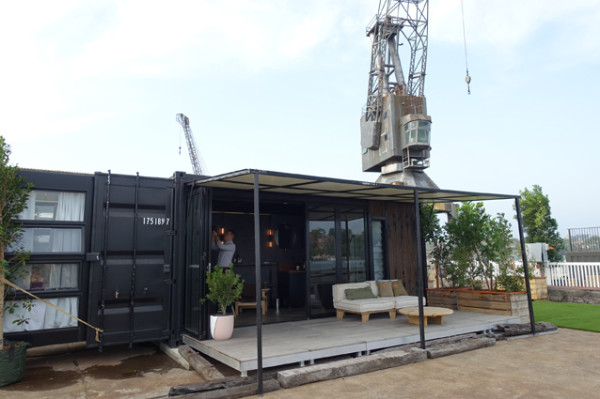 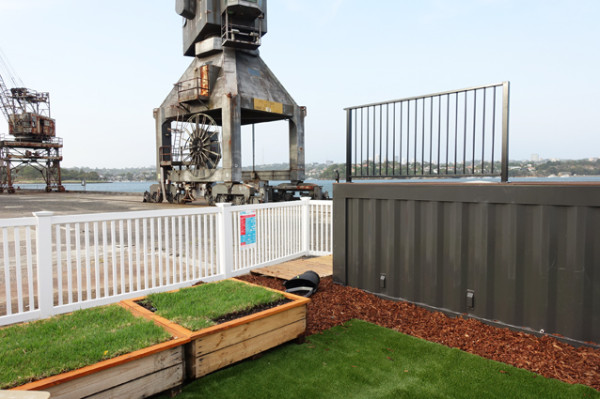 It's easy to imagine kicking back with a cocktail in hand in this private pool (shared between the two suites), enjoying the unmistakably industrial backdrop and tunes wafting over from the Contained bar. And who knows what else you'll get up to once everyone else wanders back to the ferry stop and leaves! 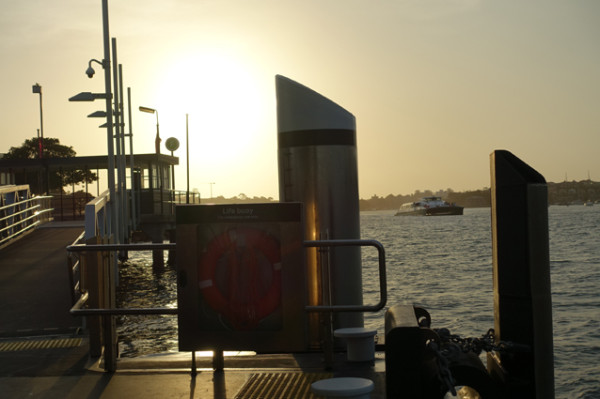 Contained is slated to be a six month pop-up, and these suites will undoubtedly be popular, so I suggest booking quickly. The restaurant will be open for lunch and early dinner Wednesday to Sunday evenings, with Friday and Saturday evenings running until 10pm. 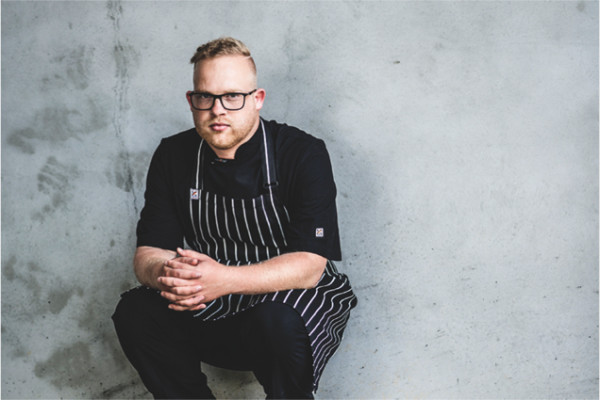 You can also enjoy a special dinner with Darwin chef/restaurateur Zach Green who will be collaborating with Don Tapa on Tuesday 6 and 13 March. The nights are called A Night At Wareamah, in reference to the Aboriginal name for Cockatoo Island, home to the saltwater Wangal clan. At the six-course dinner, the indigenous chef will honour the history and the voice of Wareamah, starting with a smoking ceremony and including stories about how indigenous food is gathered and caught. Tickets will set you back $123.18 and are available on EventBrite.