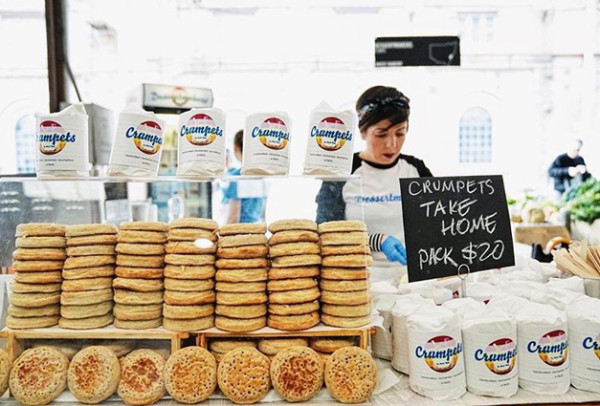 Getting bored with your usual breakfasts? Consider dropping into Carriageworks Farmers Market and visiting Merna Taouk from Dessertmakers tomorrow morning for some homemade crumpets. 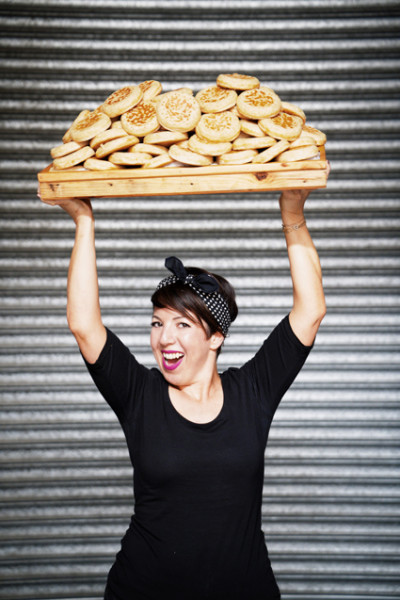 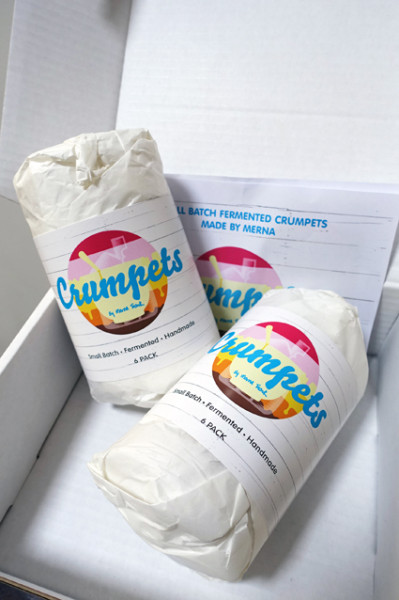 Merna is famous for her homemade desserts, which she first started making with Pierre Issa back in 2008, in a shared company called Homemade Fine Foods. Pierre later branched out into making everyone’s favourite butter, Pepe Saya, while Merna continued making her range preservative free of home-style desserts in Tempe.

In January 2013 Merna launched Dessertmakers, a range of crumbles and puddings that are sold frozen so they can remain preservative free. Merna’s latest initiative is small-batch artisan crumpets. I found them exciting because I’d long given up supermarket crumpets because I don’t like eating a chemical soup of preservatives. 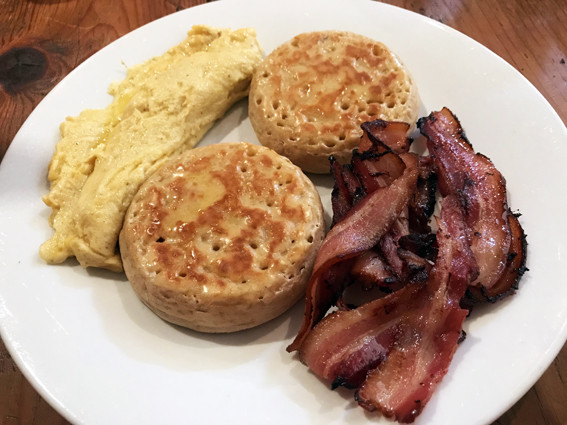 Crumpets By Merna are a little bit doughier than the Tip Top Golden Crumpets I remember, though there's nothing in Merna's ingredient list that your grandmother wouldn't recognise. I road-tested my crumpets in three different ways – starting straight up with Pepe Saya butter and honey. My only disappointment was they didn't fill up with butter and honey, because the holes don't travel straight down through the crumpet’s height in shafts. They worked better in my second savoury attempt, served up with well-charred bacon and gently scrambled eggs. 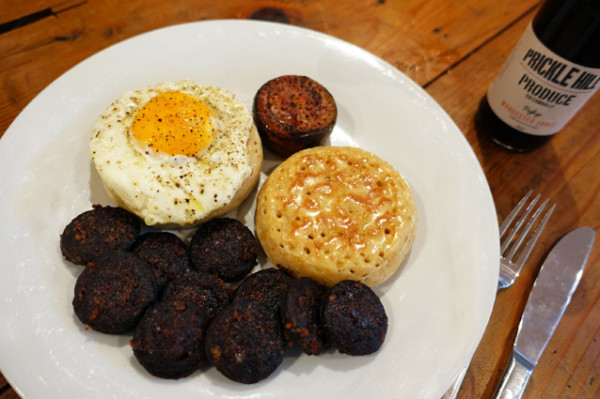 My favourite way to eat these crumpets was as a stand-in for dense tattie scones in a Scottish style fry-up with black pudding, fried eggs and tomato, all doused in Prickle Hill Worcester Sauce. 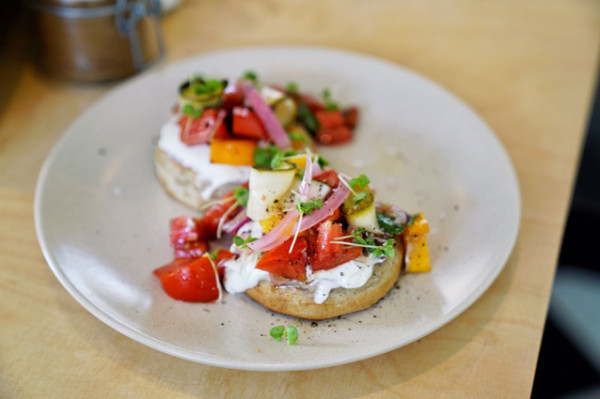 My home kitchen experimentation is nothing on what the experts came up with when they encountered Crumpets By Merna. Trafalgar St. Espresso in Annandale served them under a smear of labna and a vibrant heirloom tomato salad. 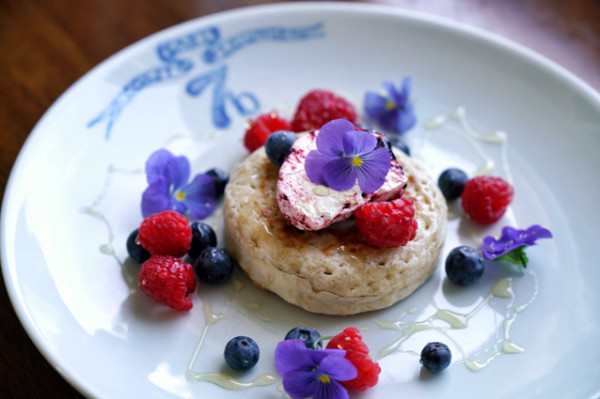 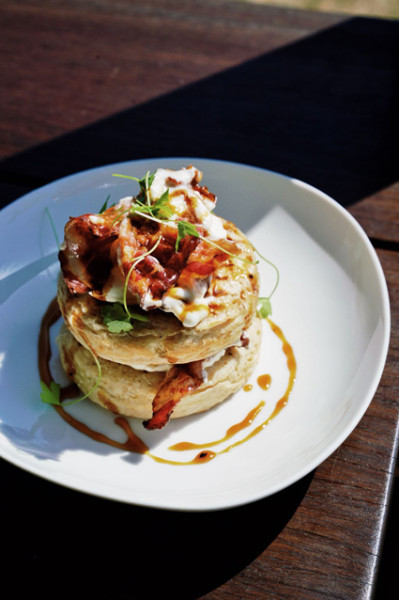 At East Coast Lounge in Chowder Bay, they decked a solo crumpet out with ricotta, berries, honey and macadamias for fifteen bucks; while at Pilu at Freshwater, they’re piled into a stack with smoked pancetta, homemade ricotta and truffle infused abbamele (honey). (Thanks to Rob Locke @foodwinedine for use of these restauarant photos.)

Merna will be dishing up her crumpets with toppings at Carriageworks Farmers’ Market every Saturday from 8am-1pm. You can also pick up a 6-pack of Crumpets By Merna ($20) to take home with you.