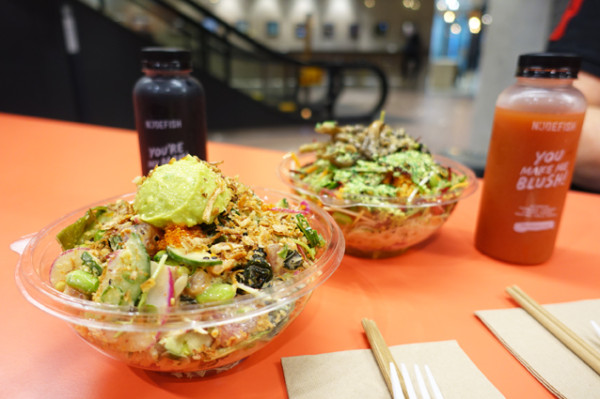 With Hawaiian poké all the rage across Sydney’s cafes, restaurants and bars, it was only a matter of time before a dedicated fast-casual poké chain emerged. That chain is called Nudefish, and I recently visited their outlet in the MLC Centre. 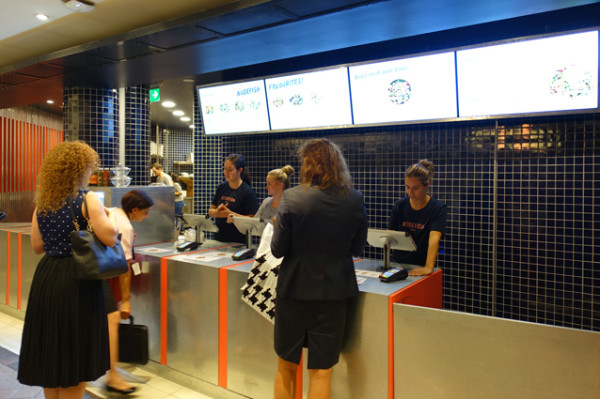 As far as food trends go, poké is actually a good one. It’s light, fresh and climate-appropriate for Australia, suiting our beach culture just as it suits that of the Hawaiian people. Poké has been around in Hawaii in the present form since the 1970s; but the dish started its meteoric rise in popularity in the last five or six years. The increase in popularity widened out the seasonings, which started as native Hawaiian ones – seaweed, roasted, ground kukui nut and Hawaiian salt – then grew to being more heavily influenced by Japanese and other Asian cuisines. While soy sauce, sesame oil, green onions, dried or fresh chilli, seaweed, fish roe and wasabi are all now common seasonings, in recent times you can expect to find everything from avocado to kimchi, sriracha to crisp fried onions, and coriander to pineapple thrown in. 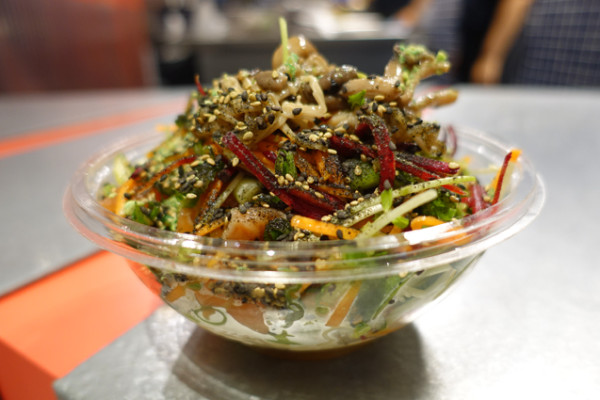 Nudefish is no exception to this new, anything-goes poké benchmark. Their core range of bowls includes everything from shredded kale to cashew coconut crunch, and if you don’t like the traditional rice base, you can swap in rice noodles, zucchini noodles or kale and cabbage salad. While I wouldn’t call traditional poké unhealthy, Nudefish have definitely upped the health ante on their bowls. We tried Wasabi Salmon ($14/small) with raw, sashimi grade salmon mixed with lightly pickled carrot, shredded beetroot and snow pea sprouts. It’s a pretty healthy mix, lightly seasoned with furikake (a Japanese dried fish, sesame seed and seaweed seasoning), wasabi peas and a gentle wasabi ponzu, that eats more like a salad than I was expecting. My dining companion chose a rice noodle base, and an optional Marinated Mushroom ($2) topper that was a tasty dish addition. All bowls have some edamame, cucumber, shallots, sesame seeds and sea salt, which help to keep things interesting. 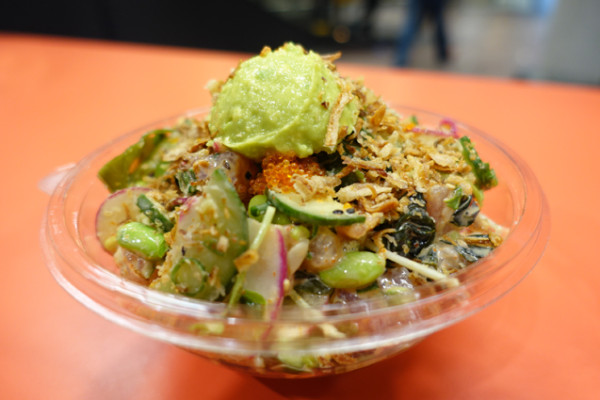 To my palate, the more traditional Spicy Tuna ($14/small) ate better because poké responds well to heat. Here it comes in the form of spicy citrus mayo and some pickled ginger for additional liveliness. Rather than the slightly odd shredded beetroot, this bowl includes seaweed salad, radish and flying fish roe, plus crispy onions that make for a texturally interesting mouthful. These flavours suit the brown rice base, though I could take or leave the visually pretty smooth Avocado ($2) topper. 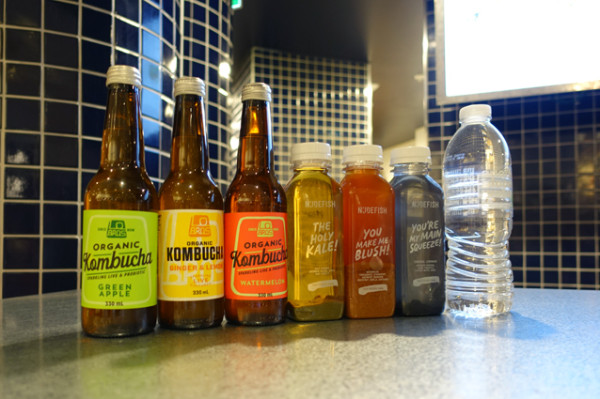 Nudefish also offer a small range of thematically healthy drinks, including You’re My Main Squeeze ($7), a charcoal lemonade that disguises the Stevia-based sweetener, Natvia, using lemon, charcoal and pineapple. For something more summery, You Make Me Blush ($7) is watermelon juice rounded out with pomegranate, strawberry, raspberry, mandarin, grapefruit and vanilla. 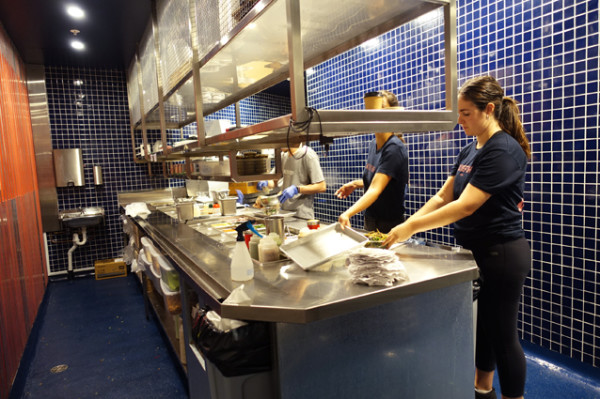 Orders are placed at the busy counter, staffed by three cashiers on the day I dined. The bowls are prepared in a clean open kitchen, with its own counter for collections. 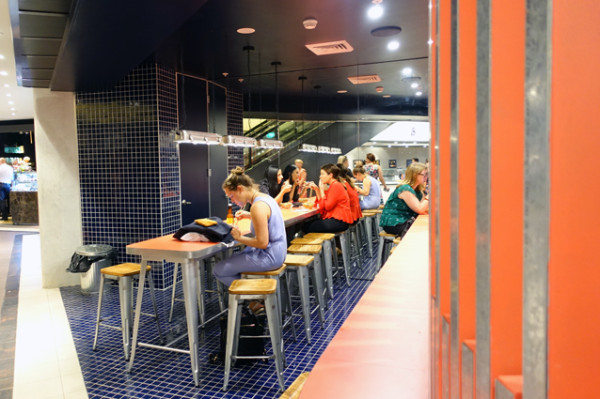 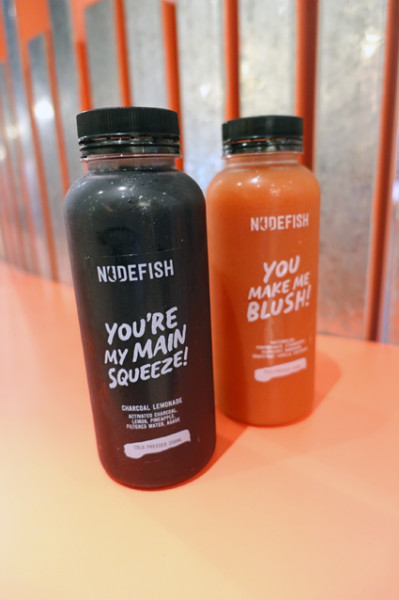 To the other side of the kitchen, there’s a small dining area filled with women. Bowls are automatically packaged up with lids for take away, so if you’d like to save on plastic, speak quickly the second your name is announced. It would be nice to see Nudefish’s Australian-certified sustainable seafood stance extend to using less plastic in the packaging – after all, plastics kill our marine life too.