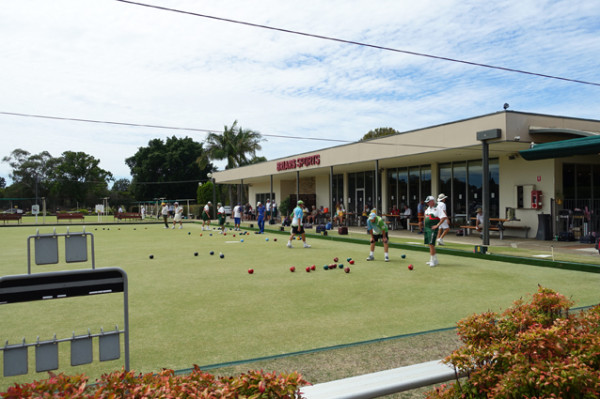 It says something about the demands we put upon those cooking in our upper echelons that they need to have a sea change in order to see their family; yet this is a story I’ve heard all too often over the years. The beneficiaries of this practice are often rural and regional restaurants, where the pace is slower and restaurants can close a couple of nights a week. We’re also seeing chefs shift towards eateries where reasonable hours are more likely, like Federico Rekowski, who jumped ship after twelve years at the hatted Courtney’s Brasserie, to Casula Powerhouse Arts Centre’s restaurant Bellbird. 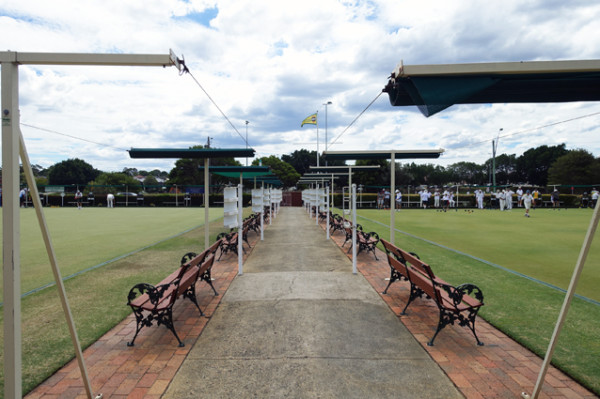 Over at The Backyard in Concord West, Head Chef Nader Shayeb has a similar story.  Kids and lifestyle were his key drivers in moving from Nour in Surry Hills, to this family restaurant tucked inside Briars Sports Club. Shayeb also spent time cooking with the Trippas White Group, taking their Sydney Tower Restaurant buffet to award winning heights. 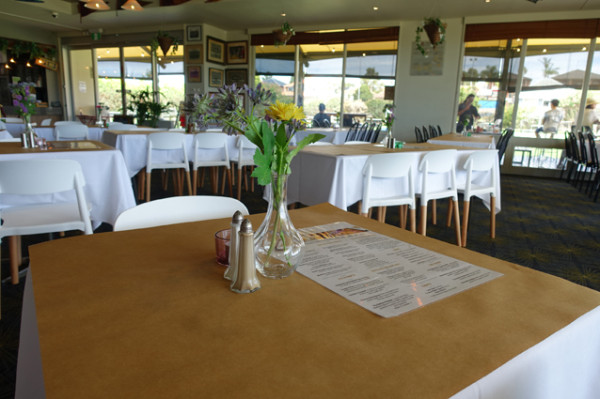 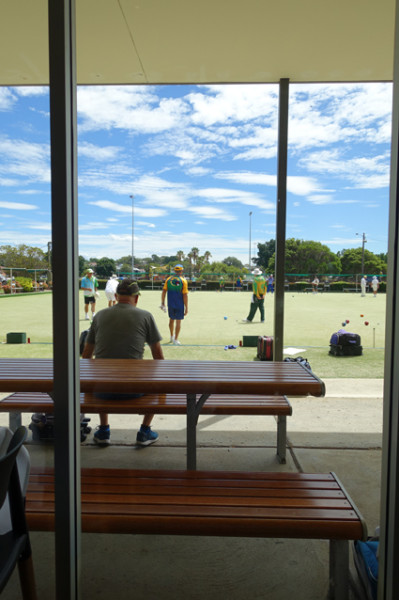 You’ll see this in Executive Chef Nick Whitehouse’s work at Rawsons in The Epping Club; and in the way that Shayeb has designed The Backyard’s menu so as not to exclude the bowling club's traditional audience. It moderates the colonisation of older people’s traditional spaces to see a well-priced Chicken Schnitty ($19) and Beer Battered Fish and Chips ($19) remain on the menu, albeit with updated food values, like house-made cornichon tartare and sustainable fish. 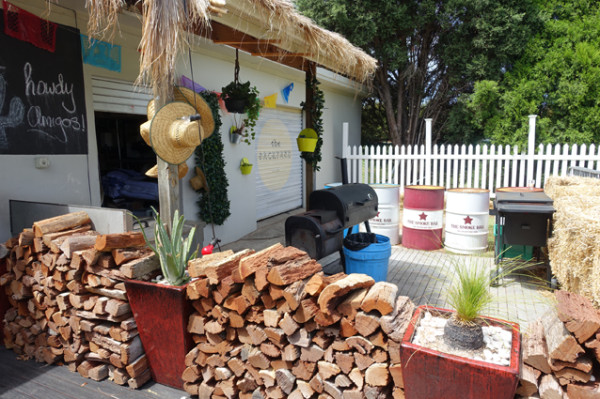 The first thing Shayeb did when he landed here six months ago was put an end to buying in cooked products. So you’ll find him making his own bacon jam, sugar curing his own salmon, and making plans for making his own charcuterie, including kangaroo jerky in the next few months. If you walk outside – and you should – you’ll find Shayeb smoking his own meats using ironbark wood and a Texas smoker. 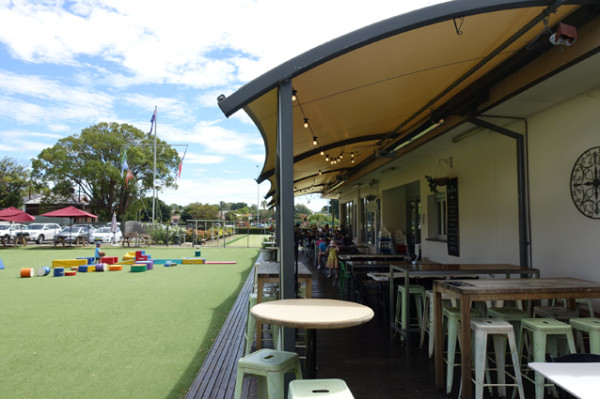 You’ll also see kids running wild. While the front competition standard greens are full of very serious lawn bowlers from across the state, the second public field has been converted into a well-fenced kids’ playground. 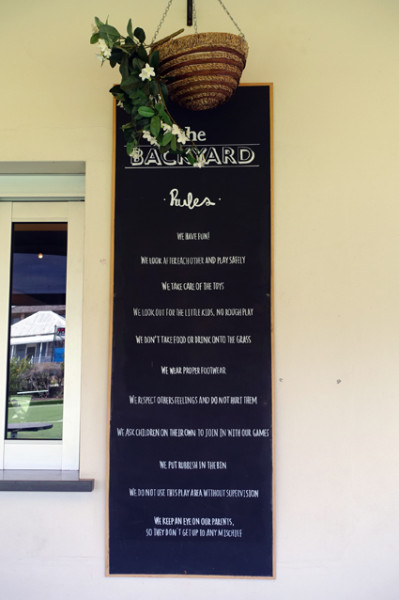 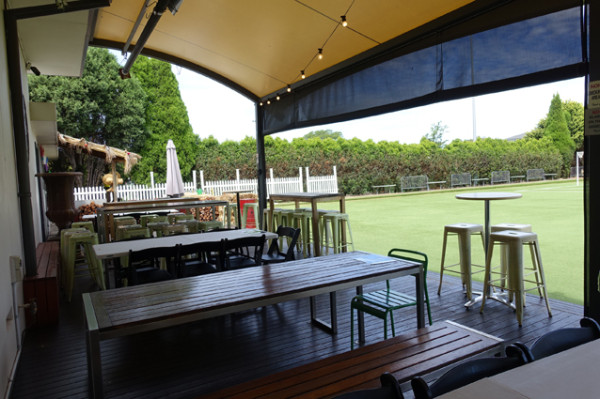 On the wall you’ll find a very nice set of rules, with inclusive values that would serve us all well if we followed them in life. 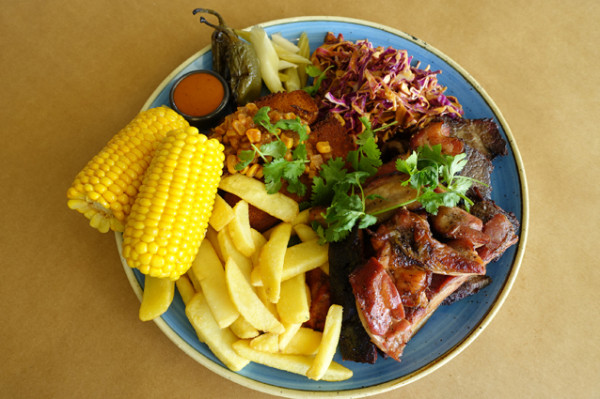 We leave the large outdoor tables to the young families and children’s birthday parties, and duck into the air-conditioning for a House Smoked Meat Platter ($55). It feels a bit like a middle class backyard barbeque where Dad recently bought a smoker, though the clincher is, Shayeb really knows how to use his smoker. He gets excellent smoke into the pork belly and chicken thighs. The charred slices of beef brisket are presented with a small ridge of fat, keeping them nice and juicy. 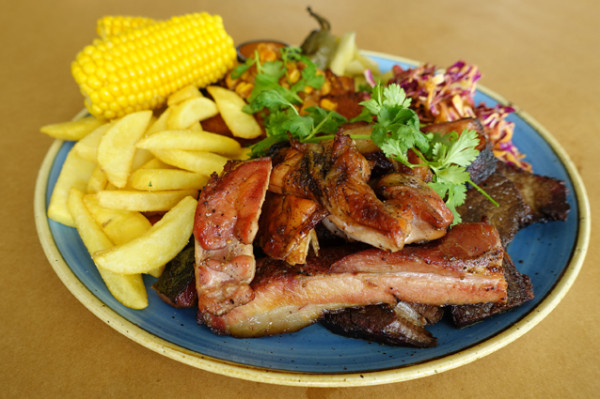 Where Shayeb hits it out of the park is with his cornbread – presented under corn and ancho chutney, the individual slices have been fried off in butter, making it the best and moistest version of this (often dry and crumbly) dish I’ve tried. I’m also a big fan of the smoked jalapeños, which surprised with sweetness from being pickled after being smoked. House pickled celery has a whisker of fennel, and nice acidity, giving the palate a break after eating the intensely smoky meats. There’s also a good coleslaw, juicy corn cobs, and an intriguing smoked tejano aioli that works best on pig. 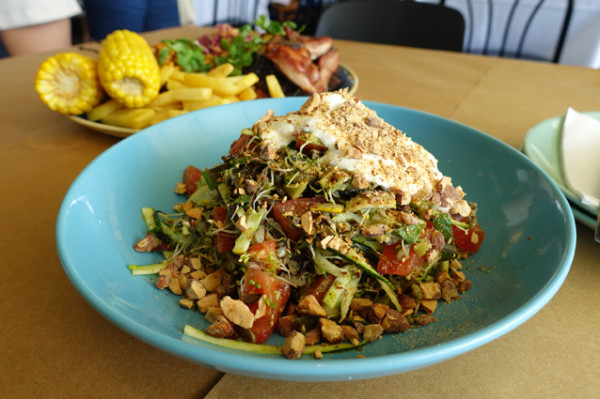 We threw in a Wild Rice Salad ($22) but to be honest, we didn’t really need it - the platter for two had plenty of food to share. Combining wild rice, tomato, ricotta, zucchini, alfalfa, green olives and chopped almonds with oregano for seasoning, this salad was probably a bit healthy and lacking in olive oil, for my personal dining proclivities. 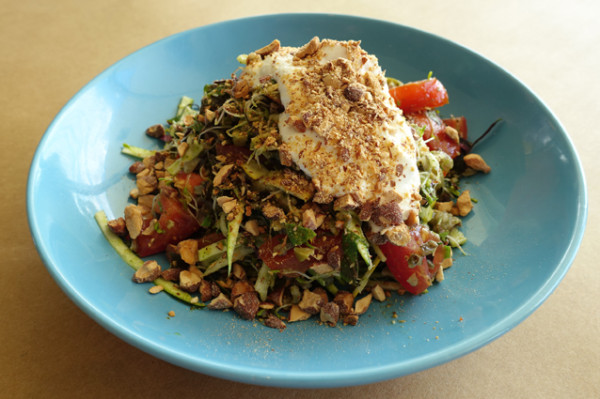 However looking at the crowd of attractive young Mums, I suspect the chef has pitched it just right. 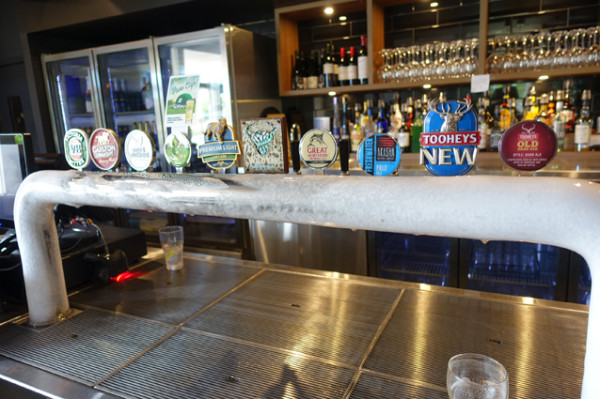 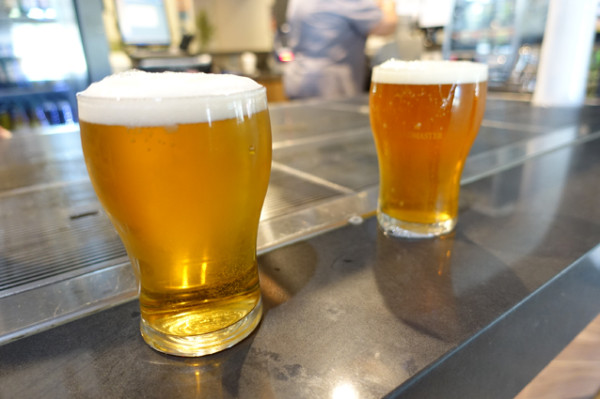 The only place this venue falls down is in the beverage offering, which is a Briars Sports failing, rather than the fault of The Backyard. Schooners of beer are cheap but mostly mainstream, with the Akasha Brewing Company’s Freshwater Pale Ale ($6.60) scrubbing up best. 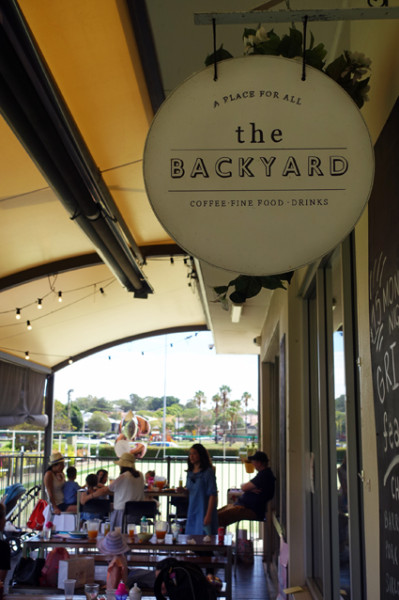 At the 250ml size, wine pours are big and reasonable value. The Leo Buring Clare Valley Riesling ($10.50/glass) is quite drinkable, though I struggled to like the Fifth Leg Rose ($9.50/glass) until I started eating. 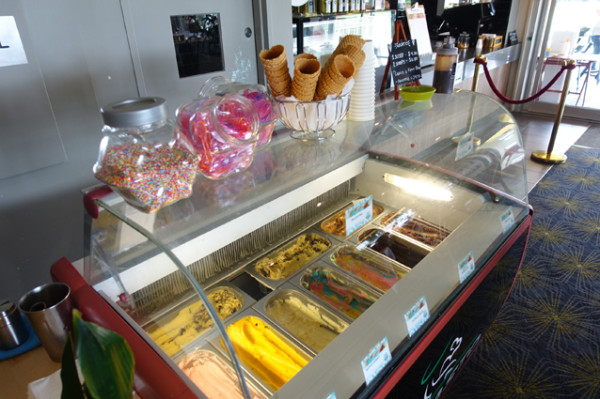 This outdoorsy space just screams out for generous jugs of Pimms and summery cocktail mixes. They only need to look to The Greens North Sydney to see what’s possible to ensure the drinks match the updated food.