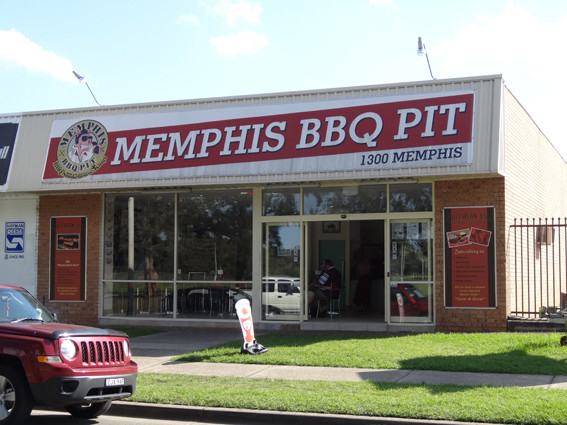 Way back in 2014 I discovered Memphis BBQ Pit in Jamisontown out near Penrith. 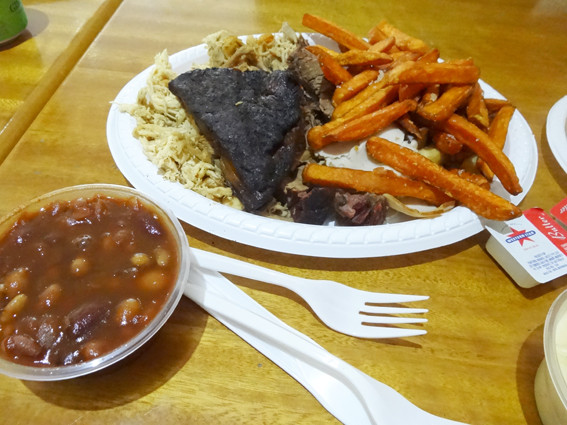 In a light industrial, fast-casual setting they put out smoked American ribs, pulled pork, sliced brisket and the best smoky pit beans I’d found in Sydney. As you can see it's a plastic plates, no frills kind of affair, but the food is so good, I've made them a permanent pit stop on the way home every time I find myself driving back from the Blue Mountains. 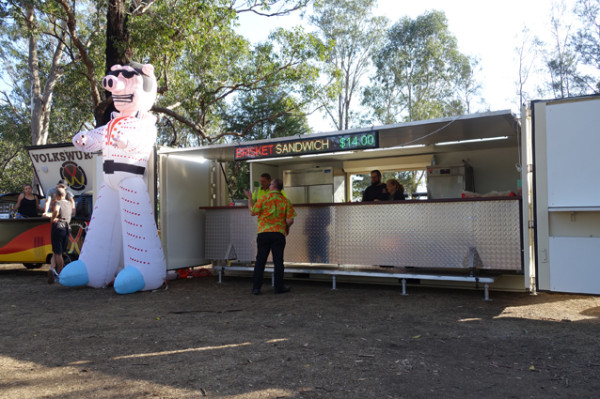 With trips over the Mountains few and far between, I was super excited to discover the Memphis BBQ Pit crew at Tropfest. Held in the expansive surrounds of Parramatta Park, Tropfest's new location certainly had plenty of space for food trucks. Lucky, because rather than just a truck, Memphis BBQ Pit brought over a mobile kitchen, along with their trailer-mounted smoker oven and their blow-up Memphis Pig. 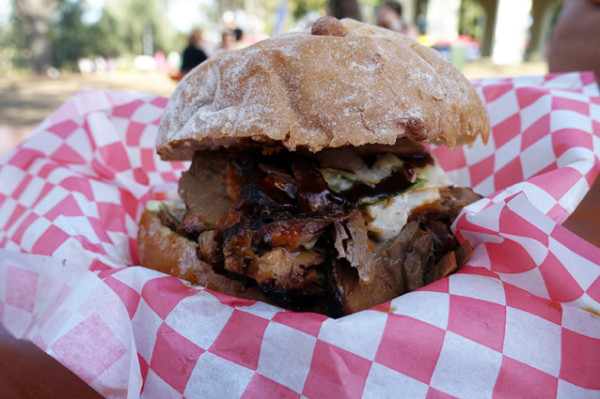 You could smell them half a park away, and by the time I slowly walked across the hot, dry ground, my mouth was wet with anticipation. The Brisket Sandwich ($14) sure delivered. The brisket was thinly sliced but plentiful, with excellent smoke. The hot sauce dripped over my fingers, enticing me to lick it back off. The floury bun was structurally sound  - able to contain the heaving pile of stretchy brisket without dissolving. I would argue this sandwich was the best brisket sandwich I've ever had, and even better than the items I ate in situ at their restaurant. Maybe I need to go back there and check again though...