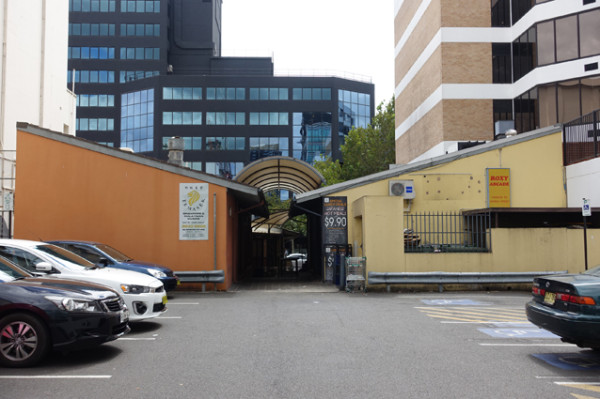 As we walked through parts of Parramatta I’d never seen before to our next Taste Food Tours destination, Reza continued relaying his story of coming to Australia. After arriving by boat, Reza’s family was detained on Christmas Island for five long months. “The worst thing about it was the food, six days the same only one day different, Saturday when we got lasagne, the only decent food,” recalled Reza. It also might shock you to hear that Reza, who was twelve at the time, wasn’t offered any education on Christmas Island. 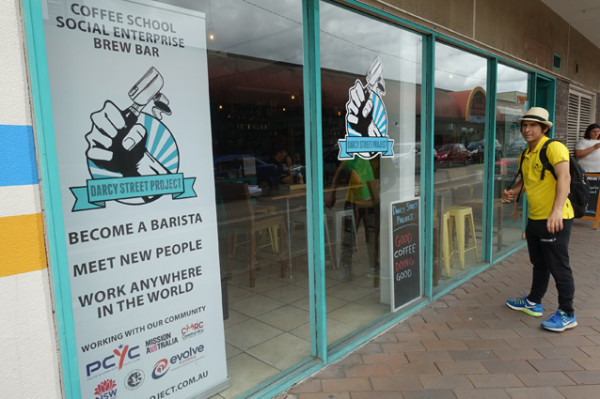 Reza's family was then moved to Melbourne for another four months in detention, though he assures me it felt like longer. They moved to Sydney shortly after being granted residency, because, as Reza explains: “My mother hated Melbourne – it felt like being in gaol.” By the time Reza finally returned to school, it was the last term of Year Ten, without him having completed any of the preceding three years. It feels like our Government fails children in detention, though to Reza’s personal credit, he managed to finish Year Twelve and is now studying IT at TAFE. Reza winds up his story at the doorway of Darcy Street Project... 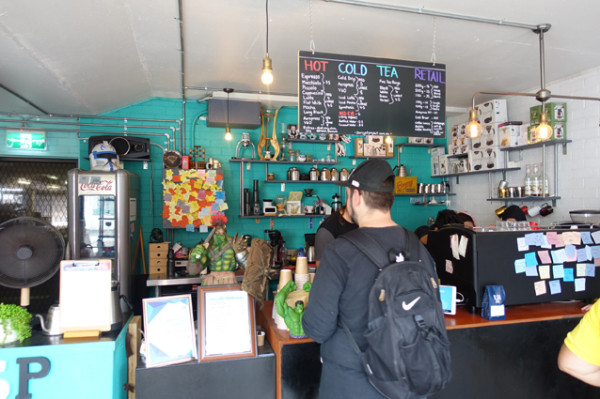 On the edge of a car park, Darcy Street Project feels like a part of Parramatta I probably wouldn’t have found without the tour – especially because, despite the name, they are located on Horwood Street (they moved from Darcy Street). 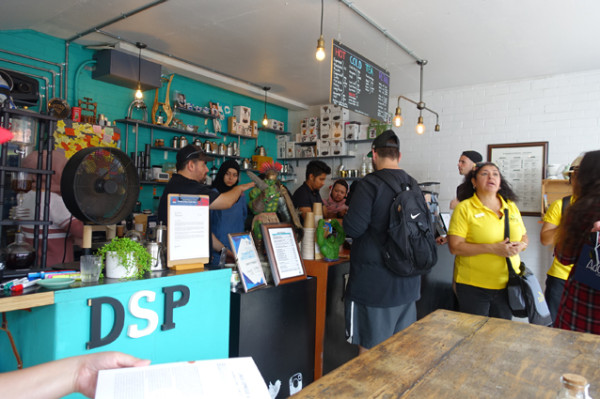 Like Taste Food Tours, Darcy Street Project is a social enterprise; meaning their profits are redirected into doing something good for the community. 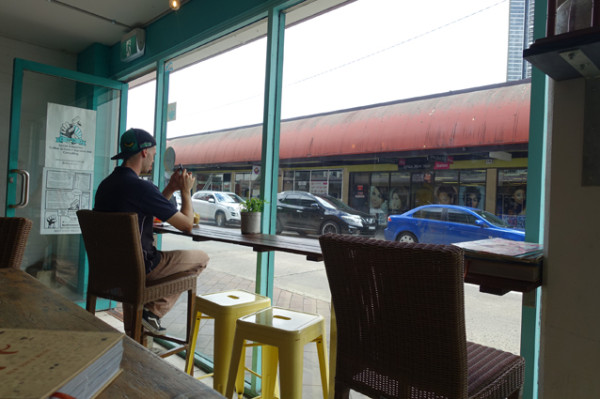 In this case the good – besides making great coffee – is increasing the employment prospects of people who might find it hard to find work by training them in their coffee school and espresso bar. They work with young people, Aboriginal people, early migrants and refugees, homeless people and mature age people. 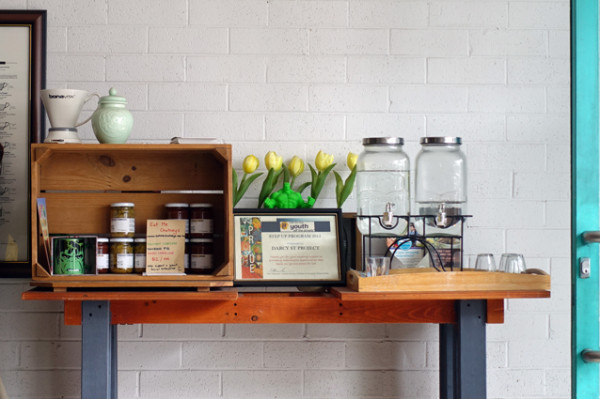 They also support other social enterprises, like Eat Me Chutneys, which you'll find for sale in a little wooden box next to the water. This business turns food waste - damaged, wonky, bruised or simply unsold organic fruits and vegetables - into chutneys. 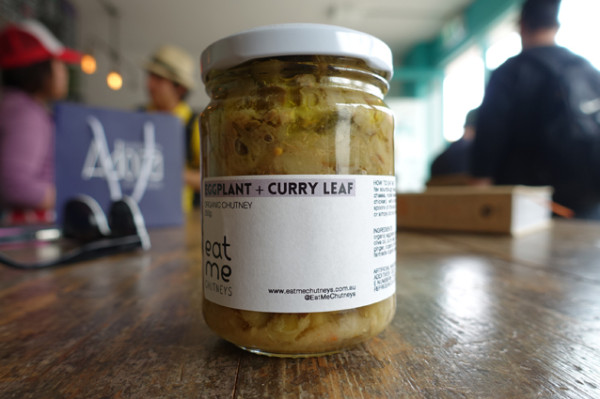 Led by a mother and son team, Eat Me Chutneys provides employment to women who are disadvantaged job seekers. Combining their rescued organic produce with Fairtrade spices and sugars also makes for excellent chutney - we picked up Eggplant and Curry Leaf Chutney ($12) to take home. 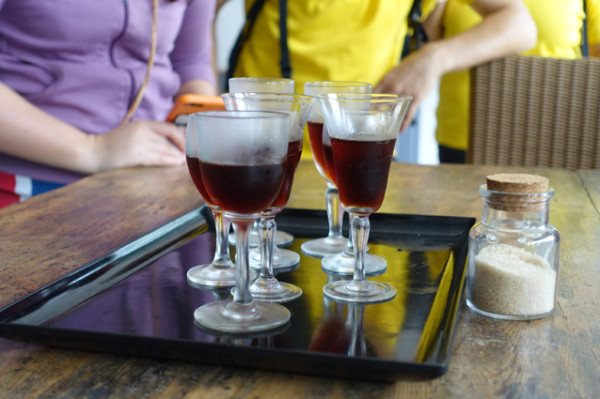 As for the coffee, I tried their house beans across three different drinks. We began with Cold Drip ($5/regular) which shows off the fruity notes in the house roast. 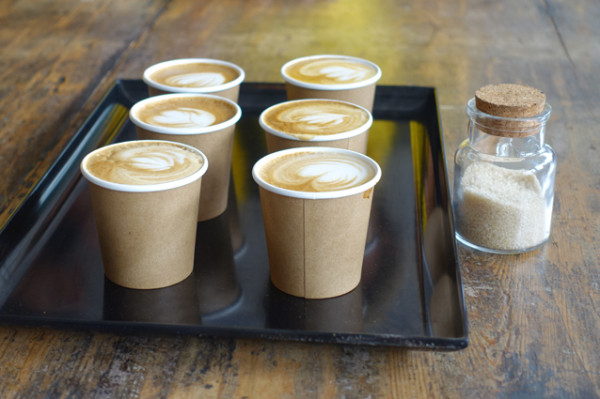 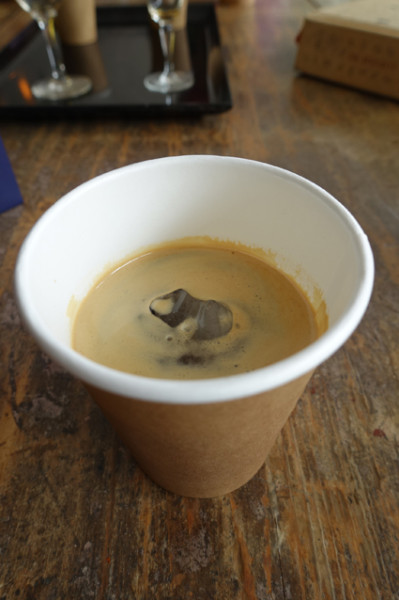 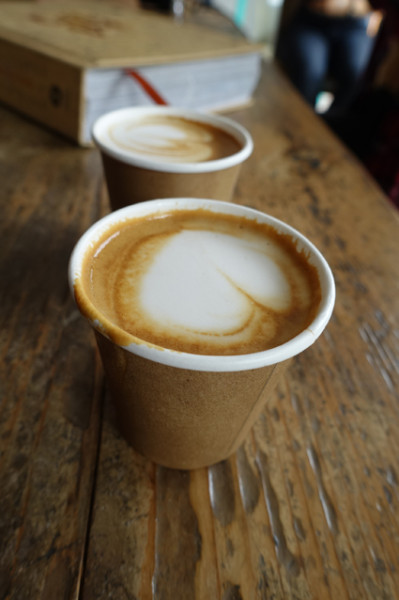 I also tried my first Sprotonic ($4/regular), a drink that combines espresso and tonic water into a foamy, cold drink. I was surprised to find the coffee mutes the bitter quinine notes of tonic water completely. Being built over ice, this caffeinated beverage is cool and refreshing, and well suited to the Australian climate.

Suitably recharged, we’re soon back on the pavement walking our way towards our next destination…


NOTE: This story began here, continued in my last blog post, and will continue into my next blog post.