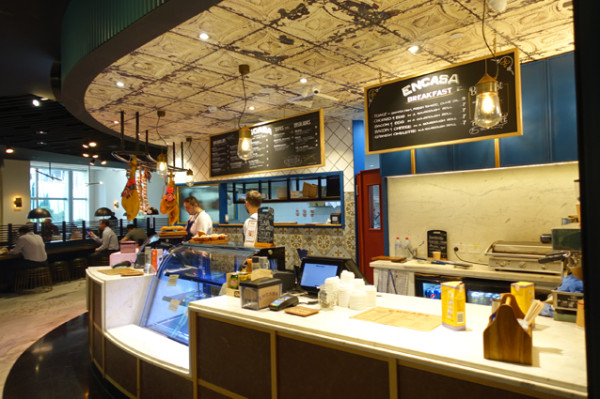 Encasa Rapido probably isn’t the right lunch spot for those of you who, like myself, prefer to avoid crowds by eating a late lunch. 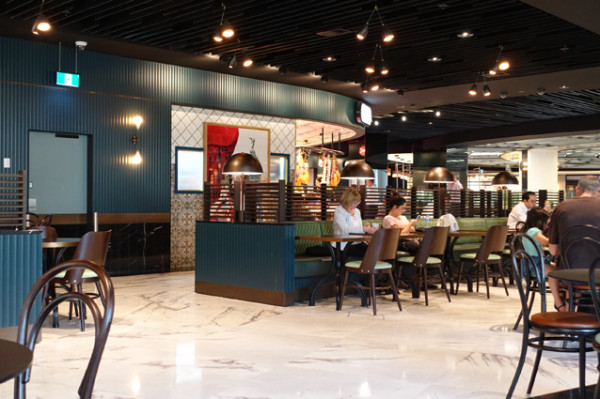 When we arrived at 2pm into Chifley Plaza’s well-appointed food court, Encasa Rapido’s trademark empanadas were sold out, and the counter was devoid of bocadillos. Luckily their kitchen was kind enough to rustle us up a pair of their popular Spanish sangers. 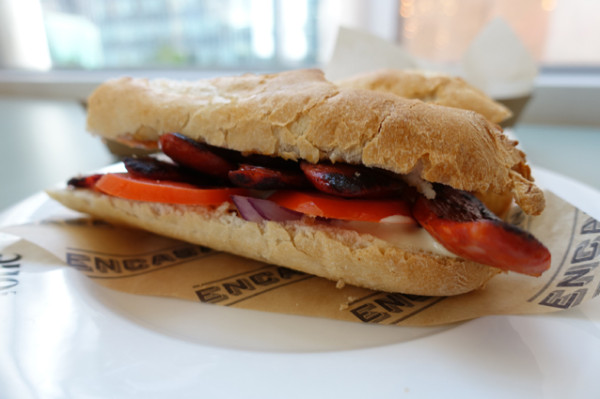 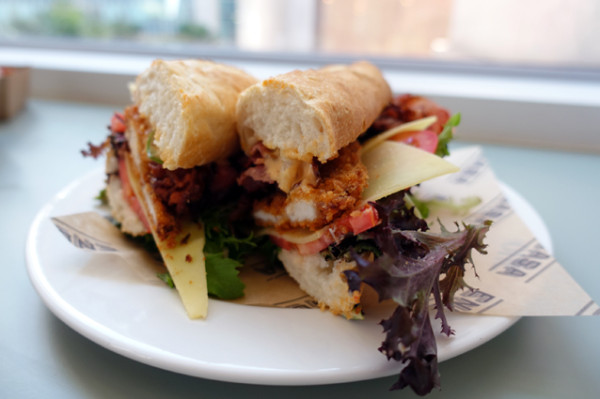 While it felt less Spanish in conception, the Pancho ($15.50) with crumbed chicken tenderloin, bacon, cheese, lettuce and tomato, bound together with chipotle mayonnaise, ate very well - probably in part due to being freshly made to order. 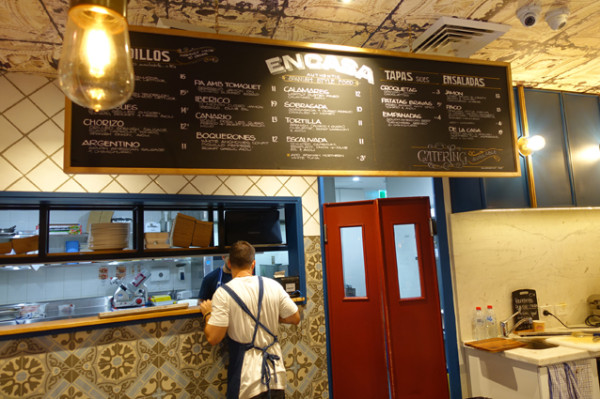 While the sandwiches feel relatively expensive – this is a food court in the fancy end of town - you can add on tapas sides relatively cheaply. 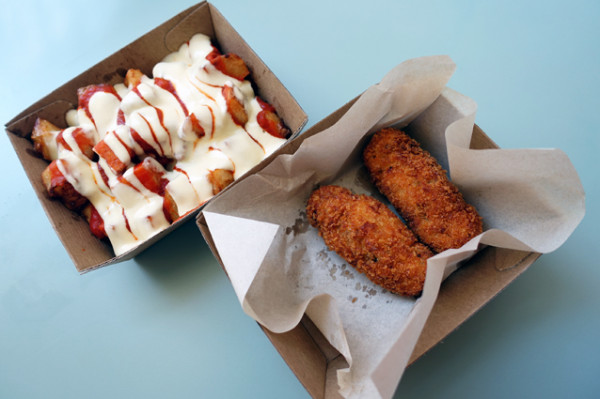 We threw in Spanish jamon Croquetas ($3/each) that were super-creamy inside, but their crumbed exteriors lacked the crispness I’ve experienced at Encasa’s restaurants. Everyone’s favourite tapa – Patatas Bravas ($5.50) – came drowned in spicy tomato and aioli but they did make a nice change from chips regardless. 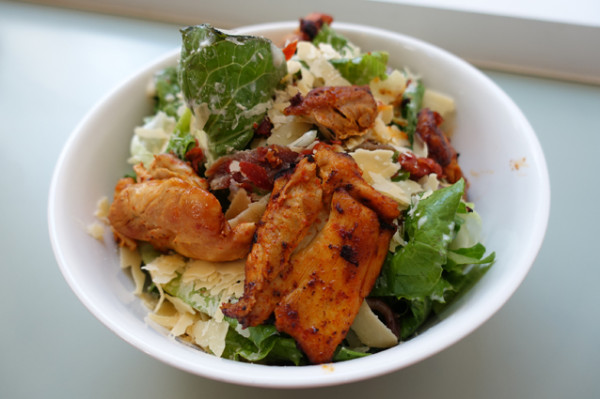 For those wanting something healthier, the Paco Ensalada ($13) is a Spanish style Caesar salad with whole, strongly flavoured Cantabrian anchovies, large hunks of chicken, crisp jamon, shaved Manchego cheese and limp leaves drowned in Paco’s dressing. It may have been dining later in their lunch service period, but this salad didn’t really sing for me. 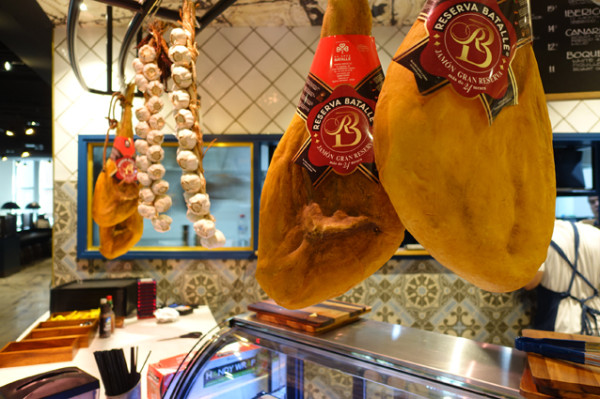 Overall the experience at Encasa Rapido isn’t the same as dining in one of their restaurants, despite the branding of the little outlet being very similar with hanging hams and a distressed pressed tin ceiling. 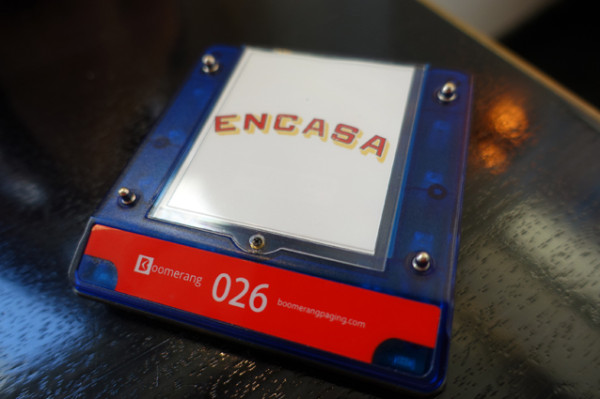 While the buzzer system that alerts you when your order is ready does go some way to improving the quality of tapas offerings, they’re of course going to be better when presented on paper covered cast iron skillets than in a cardboard box (which I did appreciate for being biodegradable). 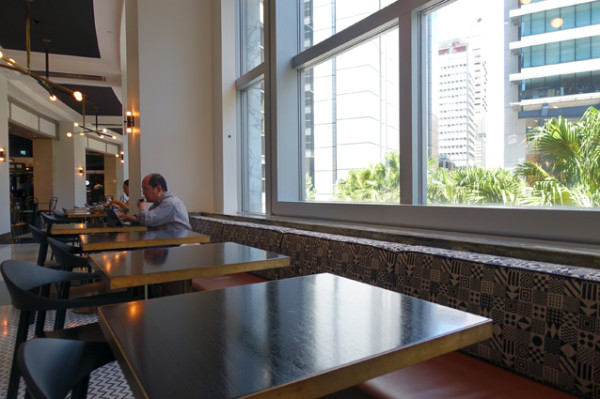 For a fast sandwich-based lunch, it would excel, and you get to dine in very civilised surrounds that seem more hotel lobby than food court. 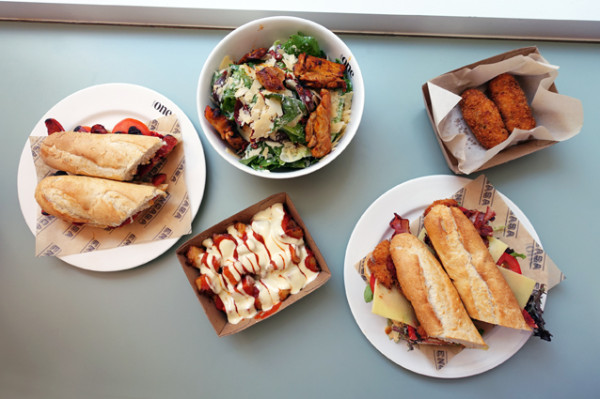 Our food court meal for two without any drinks came in just shy of sixty dollars. You can check out a similar meal in one of Encasa's restaurants back HERE or HERE.