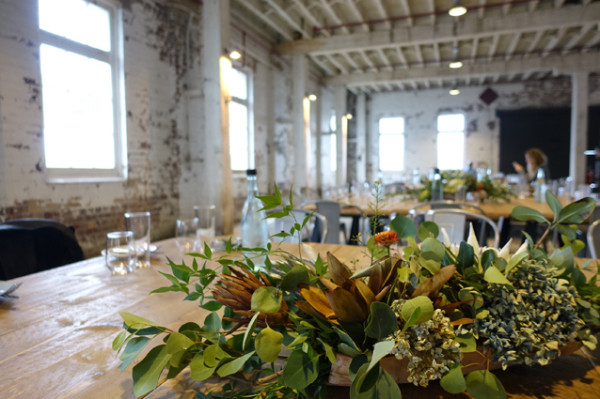 “Life actually started for me when I was 12 years of age,” said ginger-bearded Darwin chef, Zach Green. He went on to explain that he was that age when his uncle rang his Dad to come home to Bacchus Marsh in rural Victoria. When they did, he met his grandmother – "the first black person I’d ever seen" – and his aunty told him: “Zach you’re Aboriginal.” For Zach this was a life-changing event, and the start of a difficult journey that passed through acceptance, shame and pride. 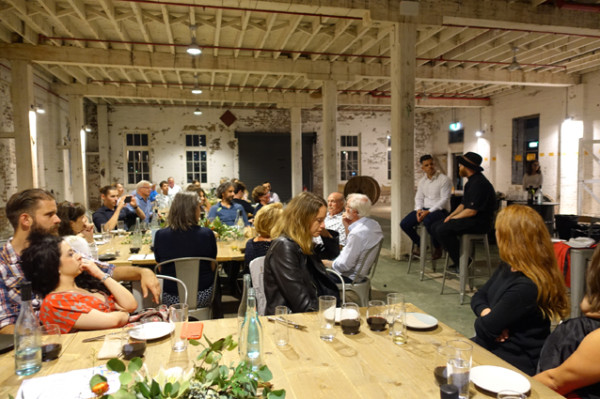 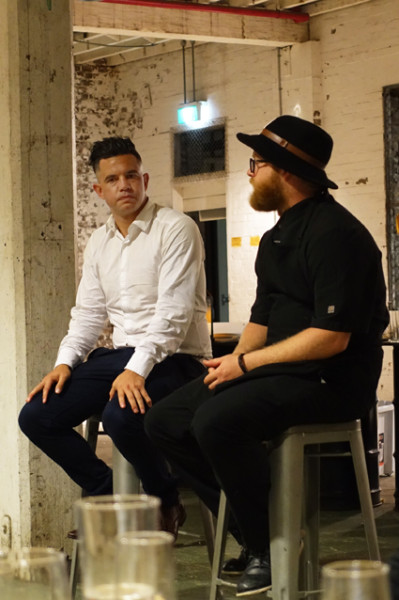 We’re sitting in a historic warehouse on Cockatoo Island at an event called A Night on Wareamah. The event name pays homage to the island’s traditional name in the language of the Gadigal, Wallumedegal, Wangal and Cammeraygal people of the Eora nation, whose land surrounds the island. Wareamah was a significant place for Aboriginal people, and is bound up in the cycle of life and death. On one side of the island, women would come to give birth, while on the other side of the island, people would come to die. 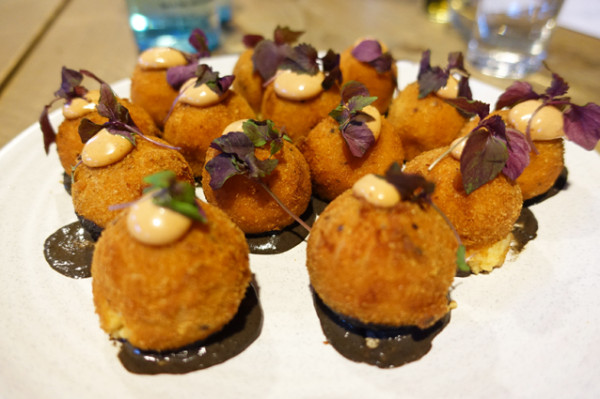 The night’s menu – which starts with compelling mud crab croquettes with smoked paprika – is a collaboration between the Darwin restaurateur and chef, and Fremantle's Don Tapa, who are in residency on the island for the next few months as part of Contained Sydney. Their collaborative menu fuses indigenous ingredients with South American flavours, and celebrates the indigenous culture of the island upon which we’re situated. 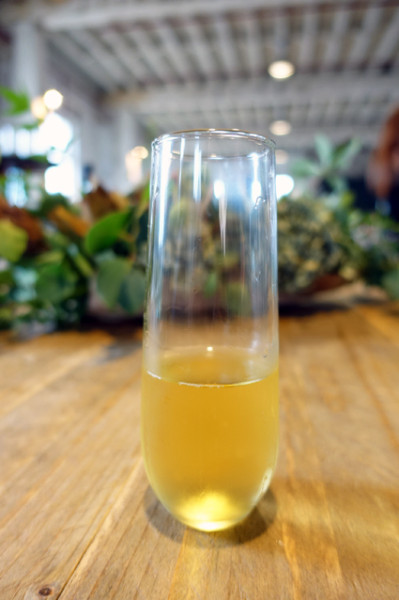 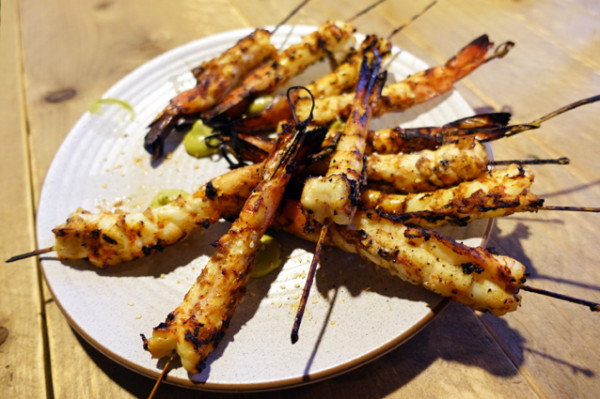 As we tuck into skewered prawns treated with bush tomato and saltbush dukkah (a lovely combination that gels beautifully with the crustaceans) Zach explains that his story is one of intergenerational trauma. His grandmother was not able to tell him he was Aboriginal because of a violent husband, so Zach only found out his heritage after his grandfather died. His grandfather's brutality about mentioning his Palawa heritage stemmed from having been taken away from his Aboriginal family as a baby, as part of the Stolen Generation. 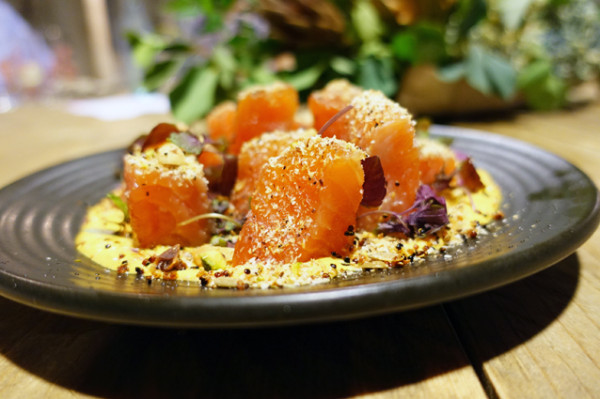 After an initial period of enthusiasm about his heritage, Zach explained school beat his newfound pride out of him. Constant racist taunts of “petrol sniffer” and “your mum & dad got money from the Government to send you to this school” made Zach stop saying he was Aboriginal for five years. It was cooking that turned things around for Zach: “Cooking gave me an outlet to my life.”

We’re eating cured confit salmon with coconut crumble and Tasmanian pepper berries. As Palawa (a Tasmanian Aboriginal), Zach likes using pepper berries because using them connects him to his ancestors and family who used them as well. The dish also has a tropical feel, which is another part of Zach story. He's learned the most about his culture through his fiancé, Leila Gurruwiwi, from The Footy Show, who grew up in north-east Arnhem Land. 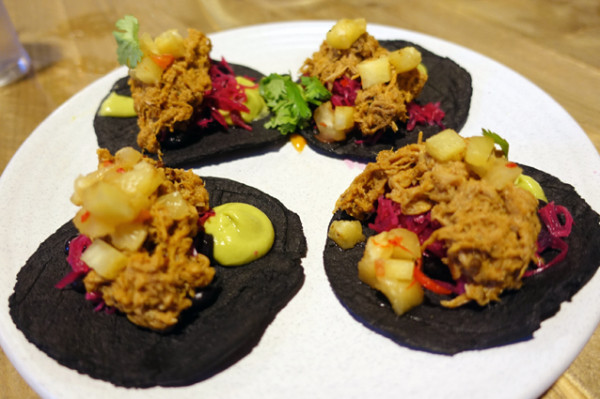 As his cooking progressed, the fusion of indigenous ingredients helped Zach build pride in his culture, something that he’s keen to pass on to the next generation. “I’m literally doing this for my people,” he said, explaining that by showing young people how to succeed and build culture through pride in cooking their own ingredients, and later in themselves. This mentoring is formalised through the Elijah Foundation, something Zach established to encourage more indigenous chefs to enter hospitality by paying for their school fees, knife kits and uniforms. As fuel for our thought, we're eating pulled pork dressed with avocado, frijoles and pineapple salsa in tortilla negra (soft, black tortillas) fron the Don Tapa crew. They’re easily one of the best tacos I’ve tried. The flavours are bold, and the blue corn makes for a more authentic tasting tortilla than flour. 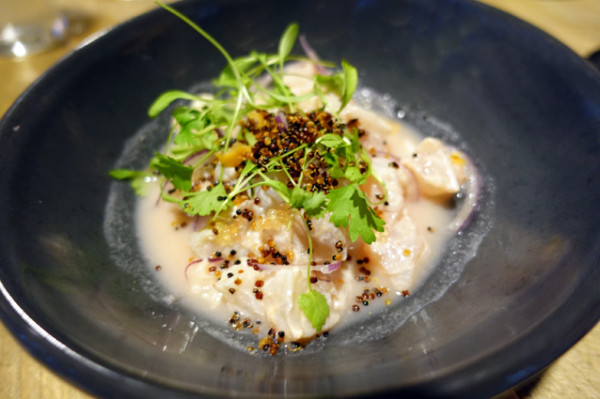 It’s the second time I’ve tried Don Tapa's Peruvian ceviche, and it still ranks as one of the best Latin dishes I’ve eaten in Sydney. Made using tiger’s milk – guava juice – the dish absolutely transforms Spanish mackerel. On this evening it's dressed with crisp quinoa for the South American connection, and lemon myrtle and finger lime for the indigenous Australian one. It has a wonderfully unrestrained use of chilli. “We don’t have recipes, we have memory taste. We grew up with the balance in our tongue,” one of Don Tapa’s chefs explains. This dish - also touted as a hangover cure - is worth a visit to Cockatoo Island alone. 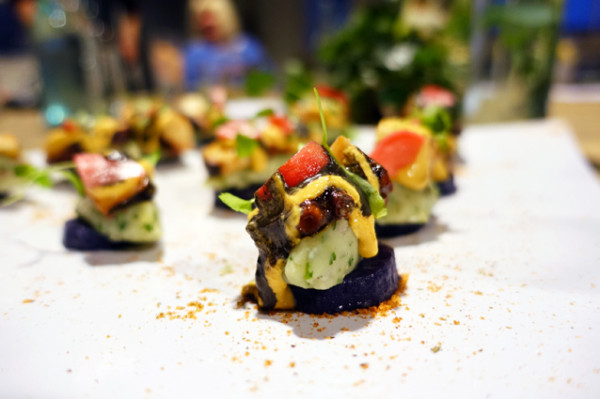 As our night of storytelling winds toward a close, we pop morsels of Don Tapa's octopus causa into our mouths. It literally means octopus “for the cause” and is a riff on the meat and cold potato salad made for Peruvian soldiers by their wives during war between Peru and Chile when all that was left was potato. Tonight’s dish comes with Huancaína potatoes, squid ink and olive emulsion with ‘outback prairie dust’, garnished with a South American herb called Stinking Roger (despite the name it’s delicious). 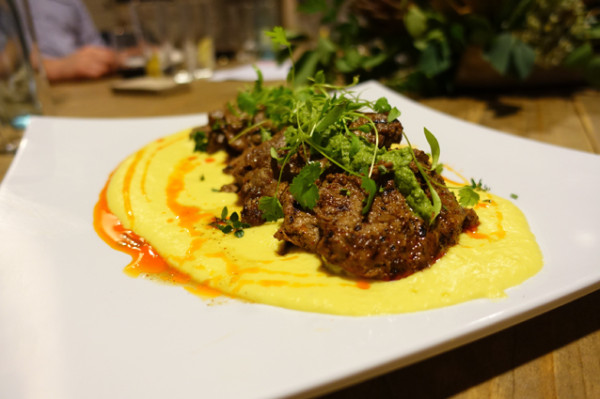 The last dish I eat is Zach’s tender Jamaican jerk beef served on a bed of creamed corn with a fresh salsa verde and native shiso. Like so much of the food it’s exciting and flavourful, making me keen to see more from this chef. “Crocodile laksa is one of my signature dishes, but there’s no crocodile here so you’ll have to fly up to Darwin for that one,” quips Zach. You know, I just might. And in the mean time, I’m going to try to get back out for more of Don Tapa’s accessible Latin street food on Cockatoo Island. You make reservations HERE.