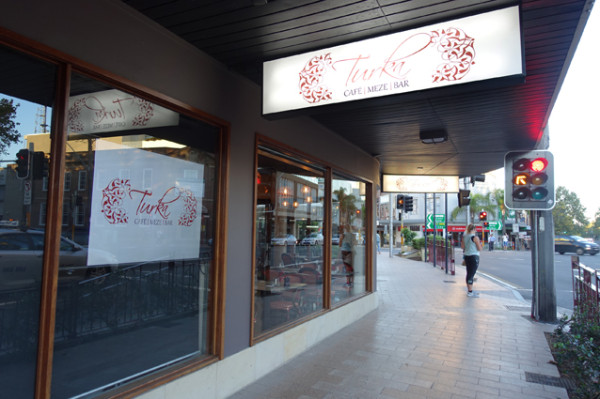 It would probably be quicker to list the types of hospitality experience that Alex Buharali does not have, rather than the places he’s worked. Suffice to say, his restaurant experience stretches far beyond his original homeland, Turkey, across Australia, and the United States; and ticks off many different cuisines. At Turka, Buharali is focused upon Turkish food, as you'd find it in Istanbul, the city where he was born. 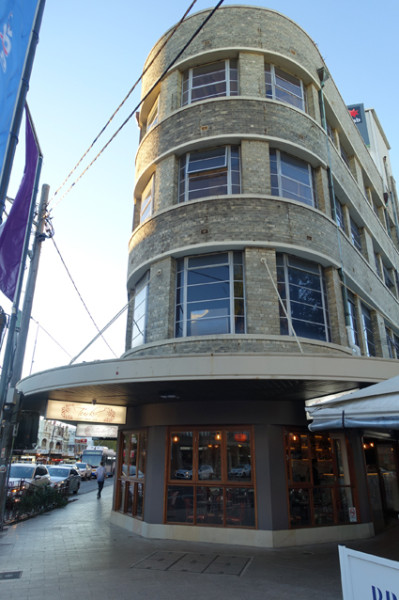 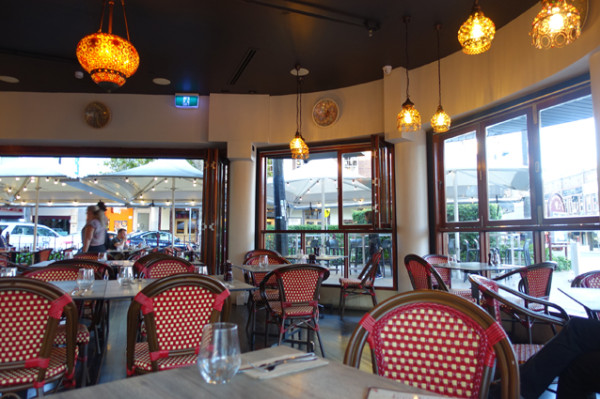 Buharali is bringing his vision to life inside a beautiful Art Deco building in Crows Nest. Cajun foods fans might remember it as the former home of the New Orleans Café. While the building itself occupies a narrow strip of land between Willoughby Road and its five-way intersection with the Pacific Highway, from curved window-lined interior, the 240-degree view makes it feel expansive. 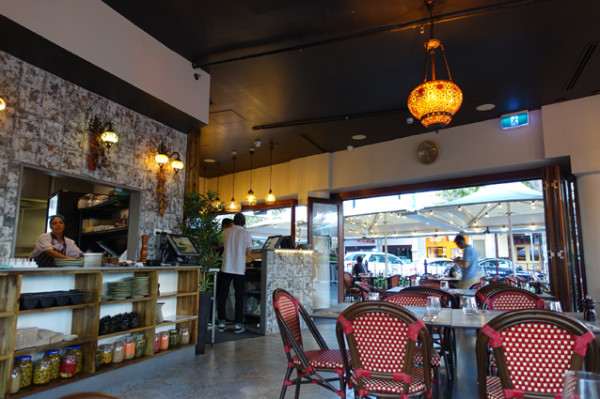 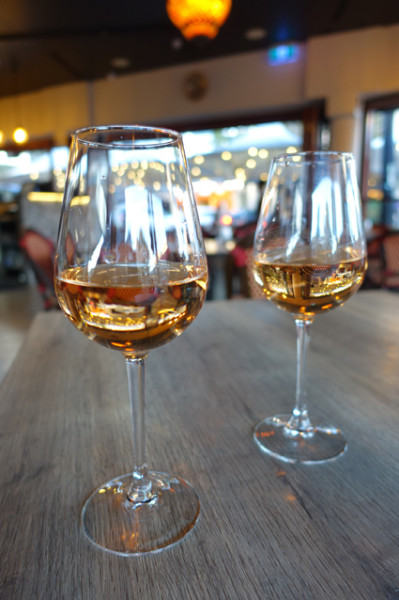 It’s just the place to pull up with wine and cold meze; grazing across them slowly as you would in Turkey while the light fades from the sky, and the room’s golden lights grow brighter. 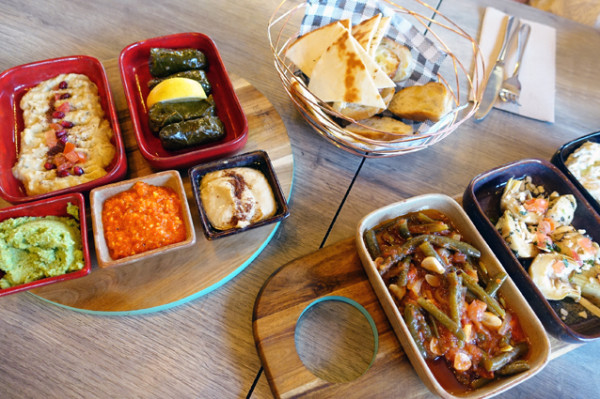 Meze Star ($39) will set you up with five generously proportioned cold dishes, or you can buy them individually. 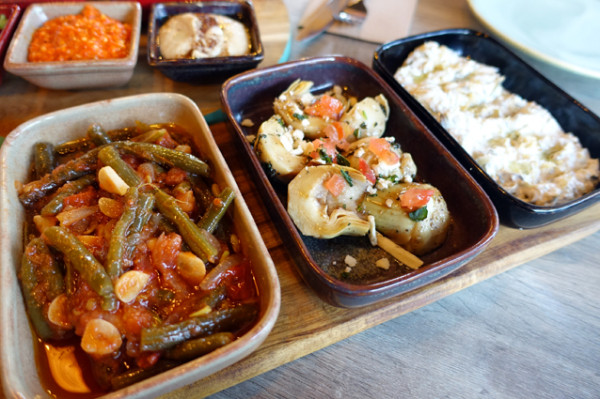 While there’s literally nowhere you can go wrong on Turka’s cold meze menu, the sweet and savoury, garlicky Aegean Green Beans ($10) are the best version of this dish I’ve ever eaten. Eaten with the Suvla Kinali Yapincak ($11/glass) from Gallipoli (an indigenous grape variety that drinks like a high attitude Chardonnay) the beans bring out the wine’s soft buttery, pastry characteristics. Annemin Sarimsakli Kabagu ($10) (Mum’s garlic courgettes) created into a compelling dip with garlic, yoghurt and walnuts; show off the wine’s austere side. 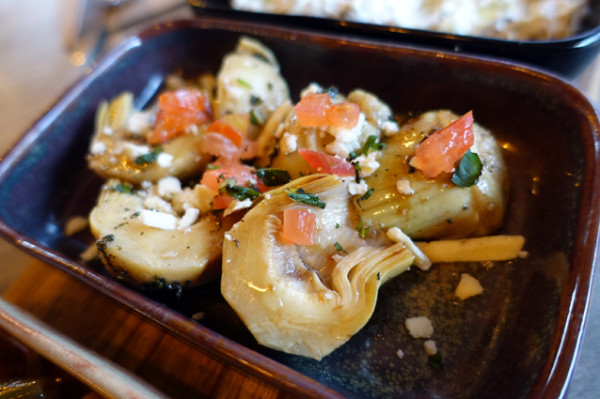 Turka’s Enginar ($9), or marinated baby artichoke hearts, will make an artichoke convert out of anyone. They’re treated with pomegranate molasses and olive oil, then topped with fresh tomatoes, feta and fresh mint. 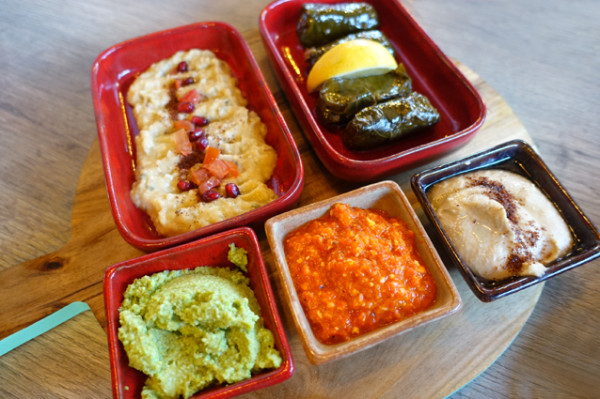 Popping Finger Dolma ($9) into my mouth was another revelation. While the rice and herb stuffed interior was pretty standard, the quality of the vine leaves themselves captured my tastebuds’ attention. We worked our way through an array of dips on a basket of lightly toasted breads. 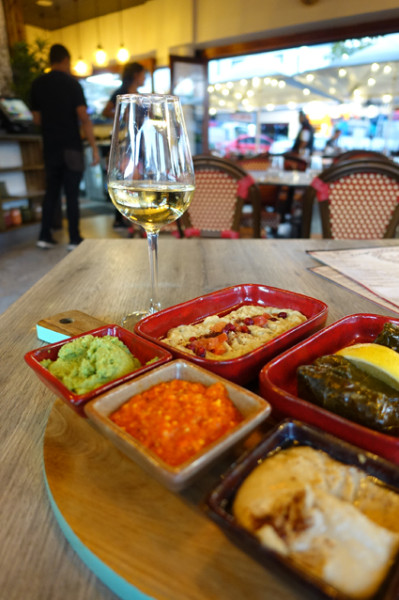 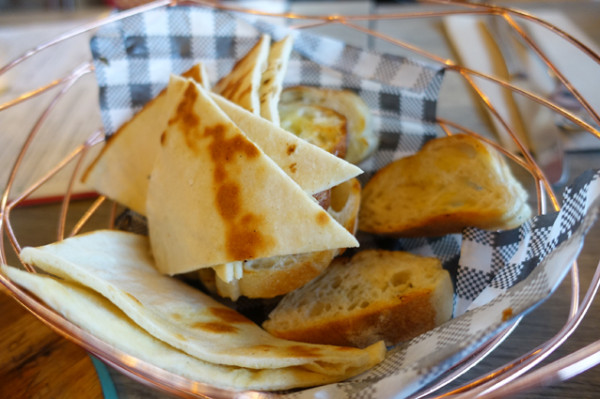 “The Turkish bread you eat here doesn’t exist in turkey,” chuckles Alex. His breads come courtesy of a local Turkish baker, though you’d be advised to eat lightly if you intend to follow your cold meze feast with hot dishes. My pick of the Dip Trio ($19) that traversed through green olive, capsicum, eggplant and chickpea, was actually the non-Turkish interloper, Hummus ($8). It has an intensely nutty chickpea flavour, with just a hint of tahini. 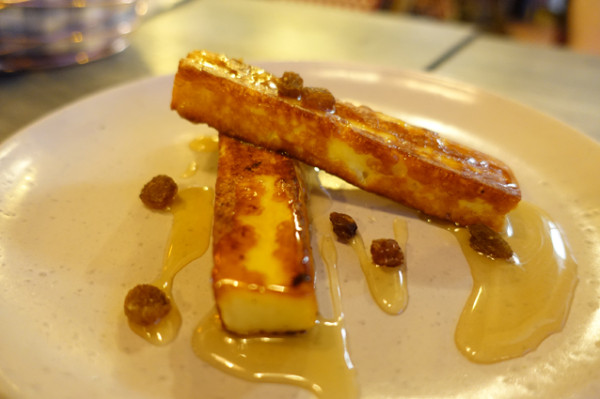 We make the shift to hot meze with Kibris Izgara Hellim ($17), well-caramelised batons of pan-fried haloumi from that are drizzled with honey and dotted with raisins. The creamy Jersey milk cheese is produced in Tilba, on NSW’s South Coast, and is a good reminder that this Turkish restaurateur is working from memory-taste rather than simply using imported Turkish produce. As Alex summons the home-style Turkish meals of his memory, his on-the-phone consultant is his mum. Both of Alex’s parents hail from the province of Bolu, where the main town, Mengen, is famous for training chefs. “It's known as the town of cooks, where a lot of good chefs come from,” Alex said. 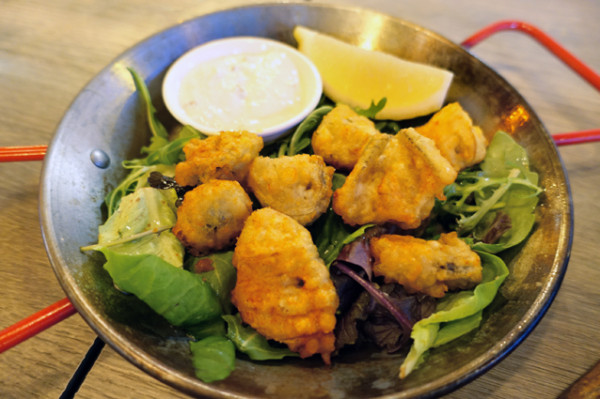 Alex is a charming restaurateur who can conjure up vivid imagery of bars on the banks for the Bosphorus that only serve mussels, right as you're popping his Istanbul Midye Tava ($19) into your mouth. The deep fried mussels are New Zealand’s finest, cut in half to make the size of them match Alex’s memory-taste. They’re dragged through a simple homemade tartare involving vinegar, white breadcrumbs, salt and pepper. Alex explains the Turks won’t eat them without this sauce and an EFES Pilsen ($10) beer; and his menu affords you the same opportunity. 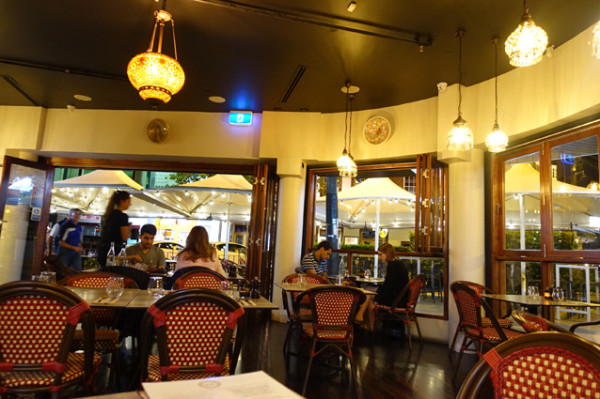 While we’re enjoying Alex’s storytelling talent in the dining room, laughter rings out from inside the spotless kitchen. 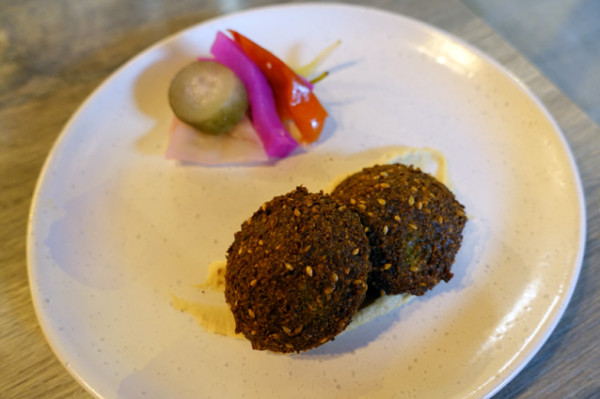 His all-female kitchen team are smiling and telling their own stories, which are also reflected on the plate with Iskenderun Falafels ($18). With vividly green interiors, these Iraqi-style falafels are second only to my current favourites at Hammoud 1 in Liverpool.

The kitchen doesn’t miss a beat across Sultan’s Lamb ($19) and Izgara Kofte ($18). The tenderly spiced lamb back-strap is presented pink in the centre with a nicely charred exterior. 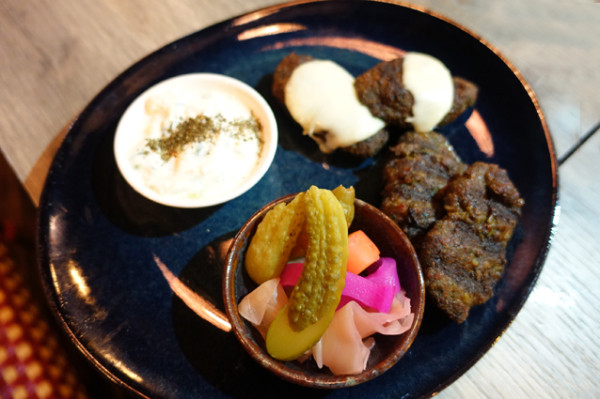 The hand-shaped lamb and beef mincemeat balls are great alone, but even better under a melted blanket of Turkish Kashar cheese. Both dishes come with pickles to help aid digestion, but I'm groaning from the sheer amount of food we’ve consumed in a short Sydney-style dinner. 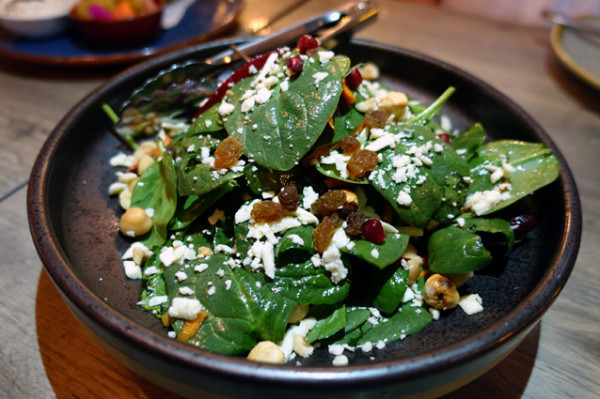 With our char grilled meats and Divan Spinach Beetroot Salad ($18), we also moved onto two Turkish red wines; Kayra Bogazkere ($11/glass) from Diyarbakir; and Vinkara Doruk Kalecik Karasi ($12/glass) from Ankara. It’s here that Alex’s restaurant experience shows, as he explains relative to familiar Australian grape varietals. The first wine drinks like a Shiraz, with dark berries, mint and roasted coffee flavours; while the latter throws raspberries and strawberry with the palate weight of a quaffable pinot noir. 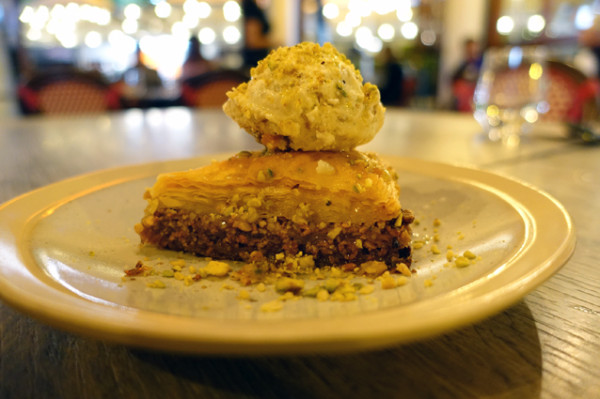 Toasty Baklava ($12) is a given, especially when they’re making the Maraş dondurması – stretchy mastic ice cream - right here. With my stomach overtaxed by our onslaught of meze, I don’t wolf down as much as I want to, resting secure in the knowledge that I'll definitely be coming back.