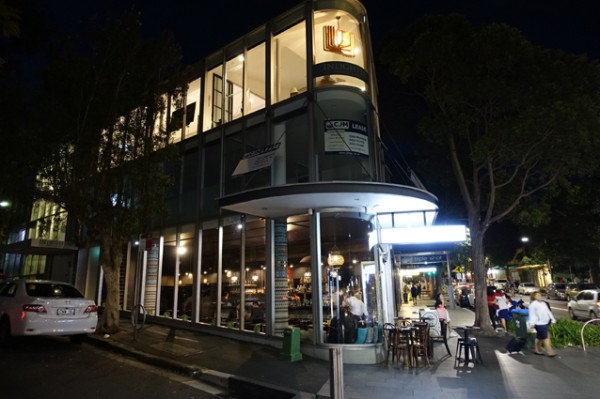 We eat Lebanese food a lot in my household. Not only is it our go-to cuisine for whenever we order takeaway, we’ve also managed to hit up Lebanese restaurants across the Sydney metropolitan area. 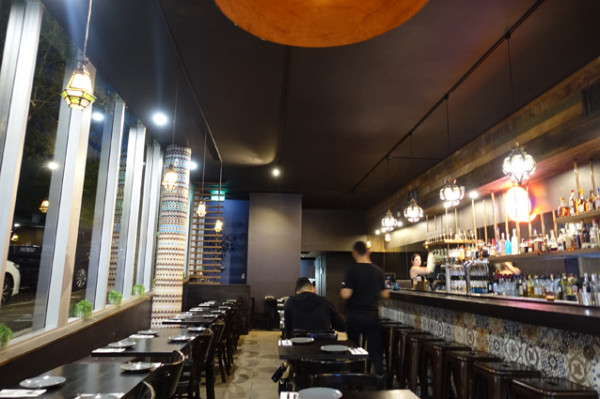 While many of my favourites are Western Sydney cheap eats, like El Jannah in Punchbowl, Al Aseel in Greenacre and Jasmins in Lakemba, we’ve also eaten plenty of more modern Lebanese interpretations, from Nour in Surry Hills, to Thievery in Glebe, to El-Phoenician in Walsh Bay. 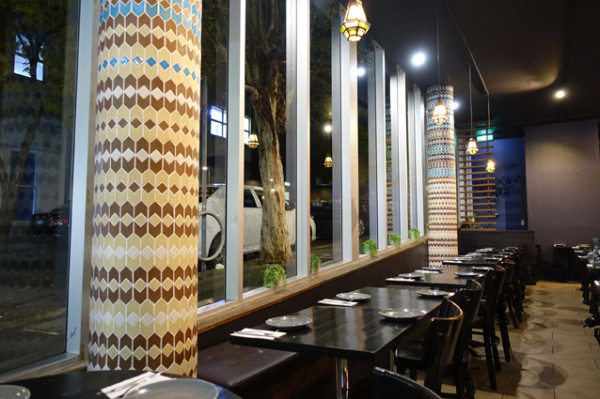 All this eating probably predisposes me toward liking Lebanese restaurants, which is why I gave SaltVine a second chance just a few months after a lacklustre first visit. With 50%-off Dimmi offers still putting bums on seats, service remains well intentioned but insufficient for the number of people. 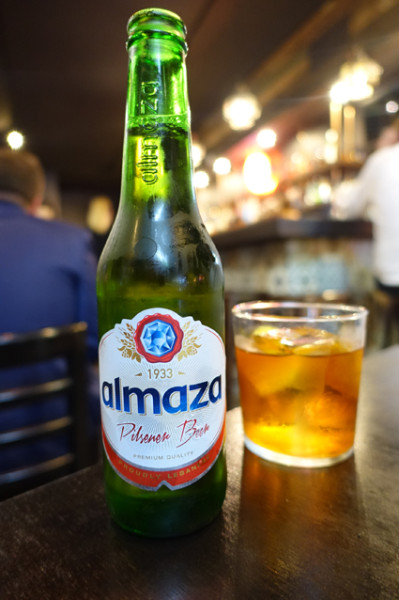 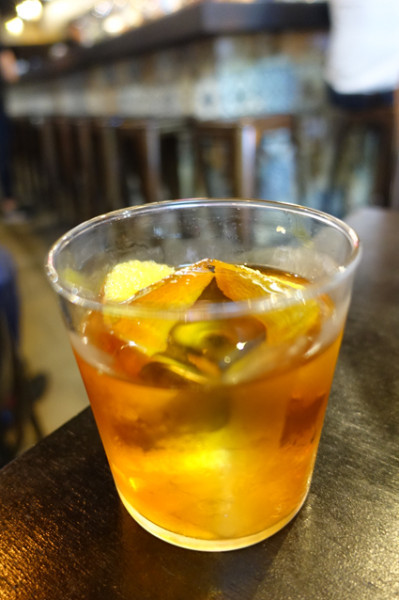 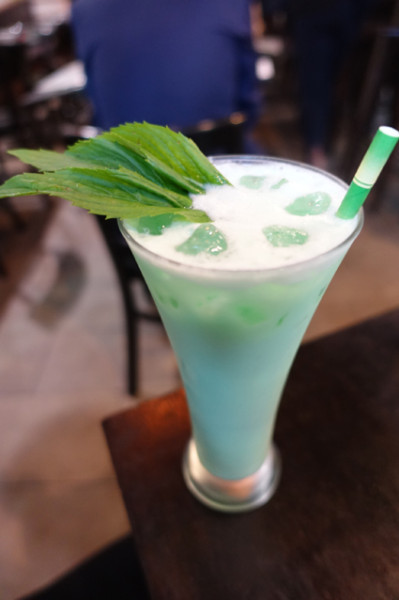 On this visit Almaza Beer ($8) was actually available, though it turned out to be a fairly uninspiring pilsner. Cocktails have also come online at SaltVine since my last visit. The Seven Spice Old Fashioned ($18) doesn’t look like much, but drinks alright. The Beirut Fizz ($18) looks more impressive in the glass, but the mix of gin, mint, labneh, cucumber and dry ginger has my dining companion whispering Toilet Duck. While it doesn't drink well, I suspect he was referring to the colour. 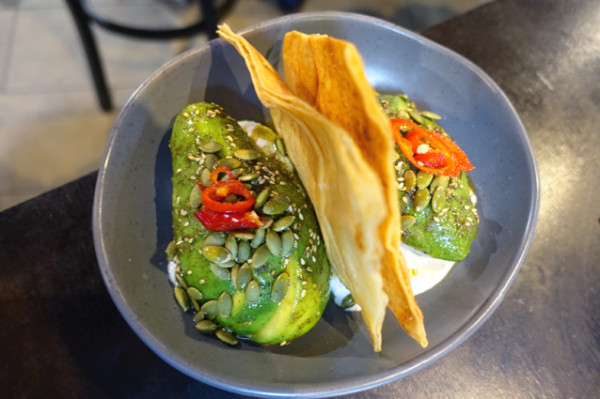 Avocado Labneh ($14) takes a whole avocado, slices it up, and perches it upon strained yoghurt dip with a dusting of zaatar, toasted sunflower seeds and a drizzle of olive oil. It comes with two sails of crisp Lebanese bread, which are wholly insufficient to eat a dip of this size with; despite this, we still have to flag down the waiter for bread. When our bread does arrive, it lacks the compelling softness that usually has me reaching for more. 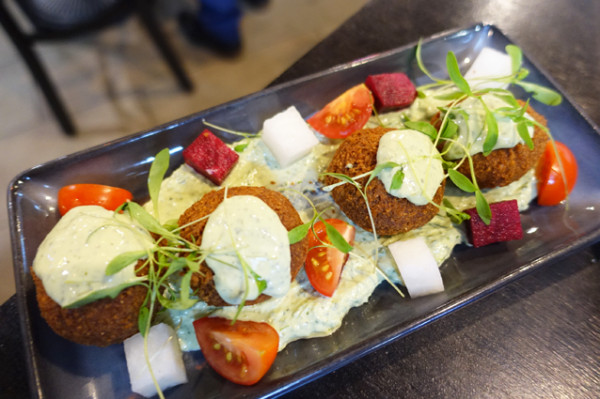 Drizzled with herbed tahini yoghurt, Felafel ($12), look modern but lack anything to separate them out from countless other chickpea balls. The daikon pickle is tart and satisfying, but the beetroot needed more time in the pickling liquid to soften. 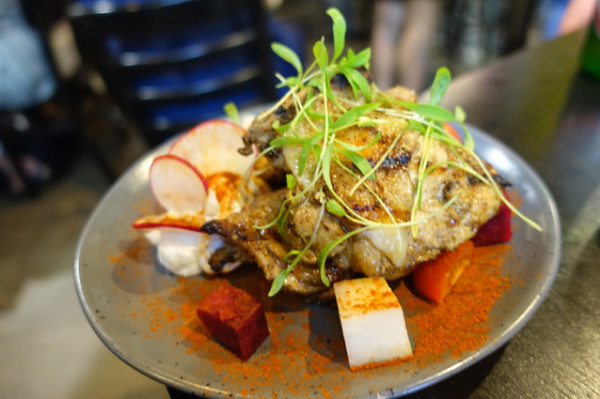 In a bit of a lazy kitchen move, you’ll eat exactly the same pickles with your Grilled Chicken ($20). The chook lacks the char and smoky flavours that makes Lebanese chicken stand out from its global counterparts, and the red dust is dull and lifeless. 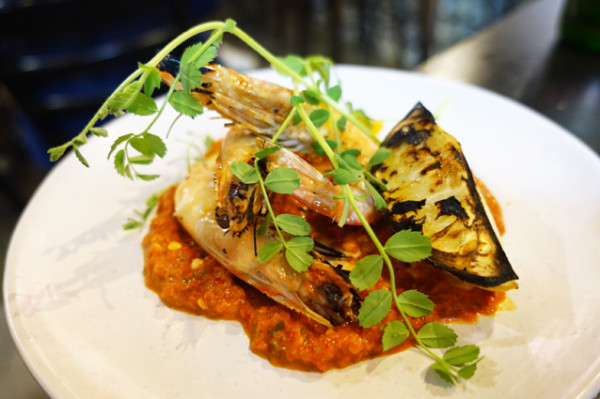 To my mind, it's more kitchen laziness not to serve King Prawns ($8/each) elegantly split. Our three crustaceans  arrive overcooked and completely baked into their shells in a thick red sauce, making them a messy pain to shell and eat. The pain is intensified when I drag the shreds of dry prawn meat through the accompanying chilli sauce. After the relative blandness of everything else, it’s a shock to eat something so intensely hot. My guess is, the kitchen failed to taste it before sending it out. I won’t be making that mistake again...

NOTE: See my previous review of this restaurant HERE.