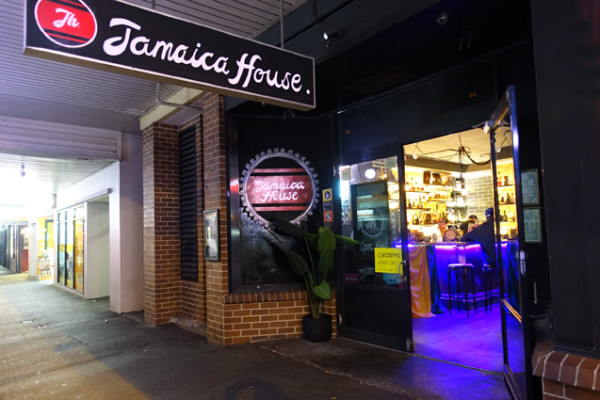 Spying a sign for a Jamaican bar on a drive along King Street, Newtown, I made a mental note to back there to try it out. The stars aligned for me the very next week, when I was invited by Jamaican Delight to partake in a traditional Jamaican dinner held inside that very bar... 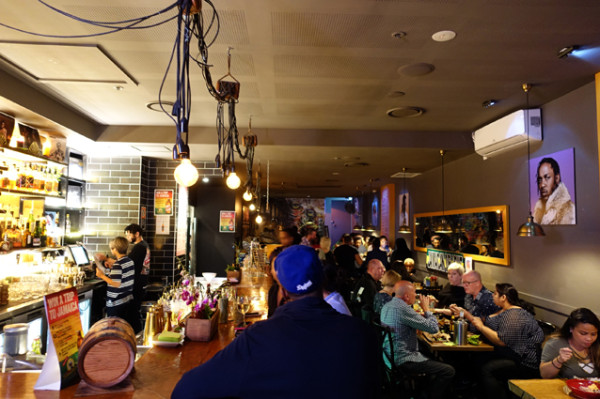 When I arrived, Jamaica House was jammed. A live DJ was laying down thematic reggae and dub; cocktails were being shaken; and a Caribbean link-up had the far reaches of the bar energetic and bubbling. Clad in a stylish array of bold patterns, hair wraps, and hooped earrings, the Caribbean expats were busy enjoying each other's company, busting out the occasional bit of dancehall whining, which easily surpassed anything I’d previously seen on an Aussie dance floor. It might have just been this particular night, but Jamaica House really made me feel like I'd taken a holiday from my everyday life. 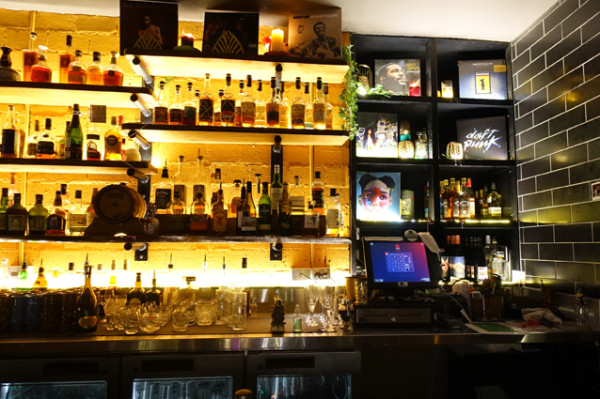 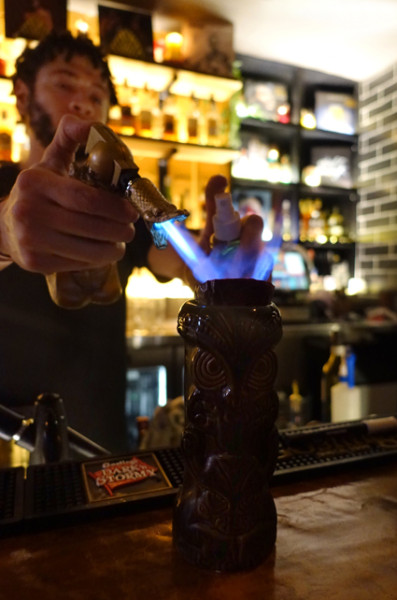 Not wanting to do anything that would distract from the action, we ordered a couple of cocktails, forgetting the blowtorch's role in a Zombie ($20). While the flaming blend of white and dark over-proof rum, orange, pineapple, lime and pimento caraway syrup is perhaps ostentatious, in the hands of Jamaica House staff, this ceramic tiki mug houses a very well-balanced drink. It blew my gin-based Montego Days ($18) out of the water, despite it being teamed with an agreeable blend of lime, white grapefruit soda and cinnamon syrup. 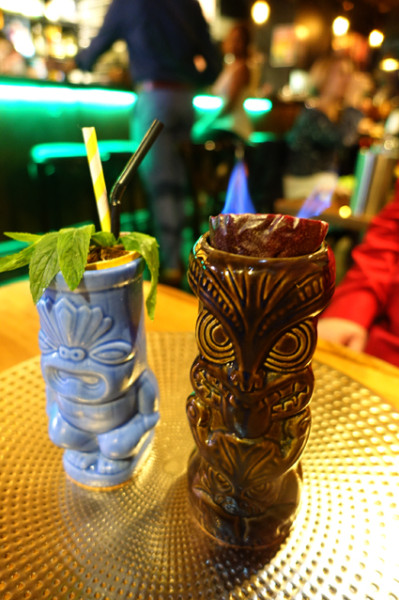 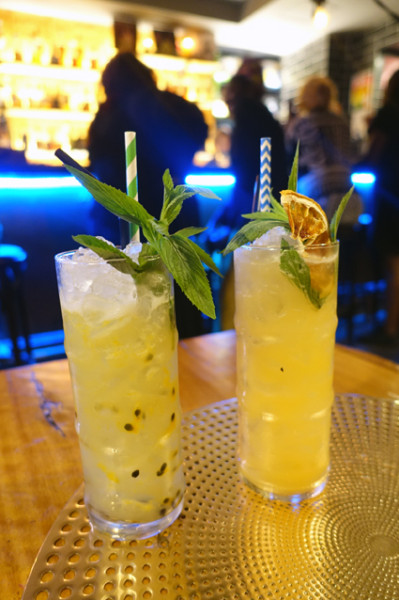 With Amos Milburn crooning One Scotch, One Bourbon, One Beer, we’re easily enticed into a second round. Here my quaffable punch of rum, Aperol, citrus and Cointreau called Clockwork Orange ($18) won out over the rum, passionfruit, apple, citrus and sugar concoction that is the London Fog Cutter ($18). My only complaint is that cocktails here are so easy to drink, they're over all too quickly. 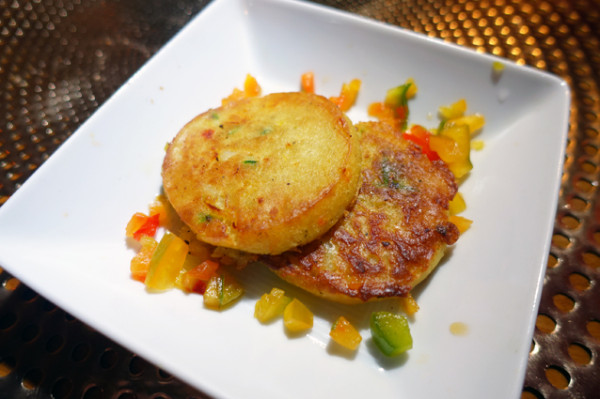 Suitably limbered up, we were ready for the main event – a traditional Jamaican dinner – in this gloriously appropriate environment. Put on by Jamaican Delight a catering company run by Anna and Wayne Chambers, the two-course meal sold out three sittings at the bargain price of $35/person.

“We first launched our catering business in Darwin. We were very well received as we were the only Jamaican catering company in the Northern Territory at the time,” said Anna, who went on to explain that the couple have lived in Australia for six years, starting off in Darwin before moving to Sydney in 2015. They kick us off with saltfish fritters, compelling simple patties cooked with salt cod, onions and scotch bonnet chillies. They're sprinkled with a crisp salsa that has just enough chilli to enliven your mouth. 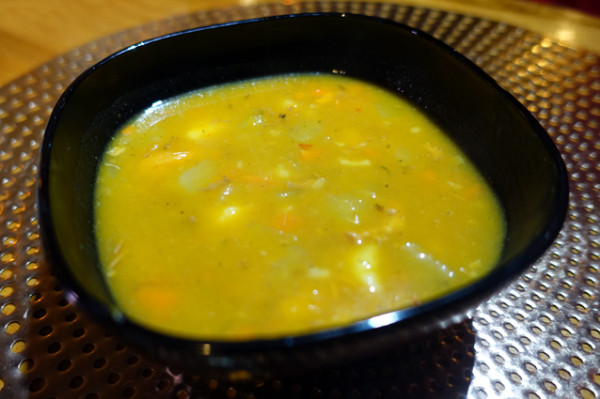 The alternate entrée, a hearty Jamaican beef soup, is comforting and rich with a satisfying tingle of heat - well unless you find a whole scotch bonnet in it, as my dining companion did! 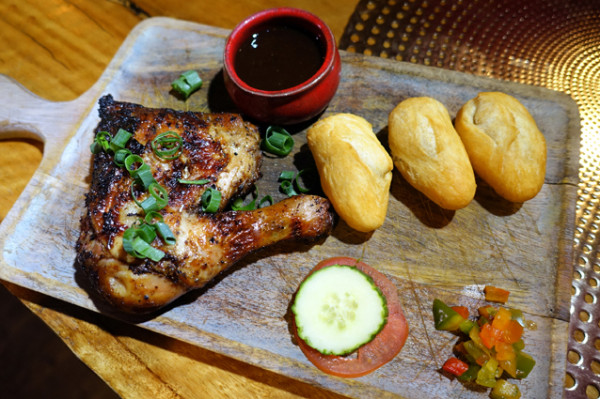 “We are very passionate about our culture, food is an integral part. We noticed that whilst there were some Caribbean inspired restaurants in Sydney, we did not feel that they were a true representation of brand Jamaica. We wanted to fill that gap and share our love of our food with Sydney,” said Anna as she delivered us her jerk chicken. The spicy marinated chook was char grilled over coals, and presented with a trio of fried cornmeal dumplings. The chicken is well rendered and tasty, though both it and the semi-sweet dumplings, seem to be delivery methods for more of the amazing barbeque sauce. The sauce's secret ingredient is – you guessed it – scotch bonnet chillies, though rather than adding fire, they sit in perfect harmony with sweetness and tang. I would buy a bottle of this sauce! 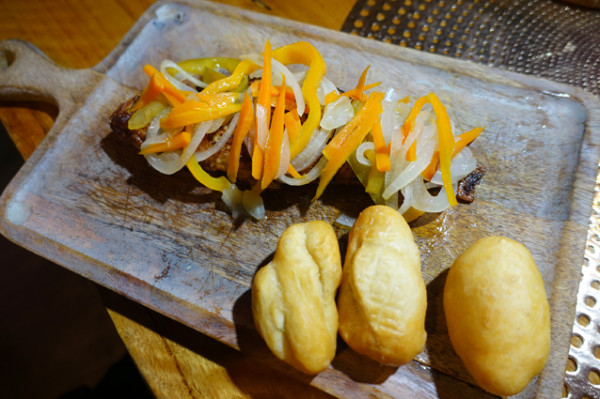 We also try escovitch fish, a seasoned, fried whole snapper, balanced with a colourful vinegar-based topping of capsicum, carrot, pimento and onions. The flavours are gentle, but with Bondamanjak French Creole Chilli Sauce on the table, we were able to hype up the heat ourselves. The name of this locally made sauce is a French Caribbean term for scotch bonnet peppers. 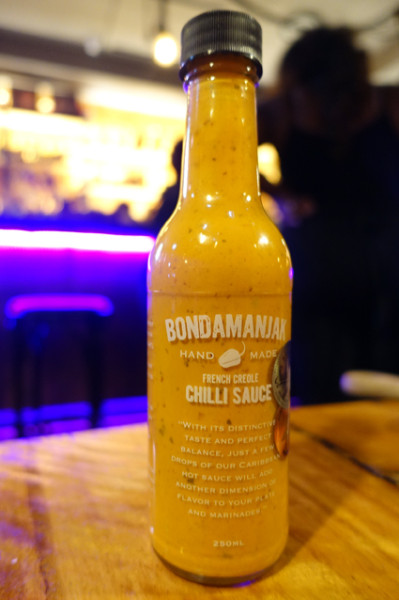 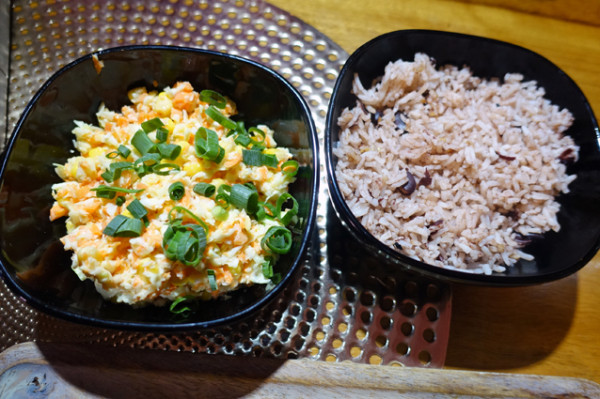 To quell the fire of our own doing, bowls of coleslaw made with seasoned sweet corn and carrot and cabbage, were passed separately. This sweet but compelling, finely diced coleslaw would give Colonel Sanders a run for his money. There was also rice and peas – a dirty pink rice made using coconut milk and kidney beans - a bit light on flavour by the last sitting of the night. We left the bar smiling and plotting an imminent return.

If you're keen to catch Jamaican Delight yourself, you'll find Anna and Wayne cooking jerk chicken wings, jerk corn and a hearty "Saturday soup"  (Jamaicans eat soup on Saturdays) at the Addison Road Street Food Market this Saturday 19 May from 4pm. Jamaica House is open Tuesday to Saturday, and offers their own Caribbean menu when they're not running a pop-up.