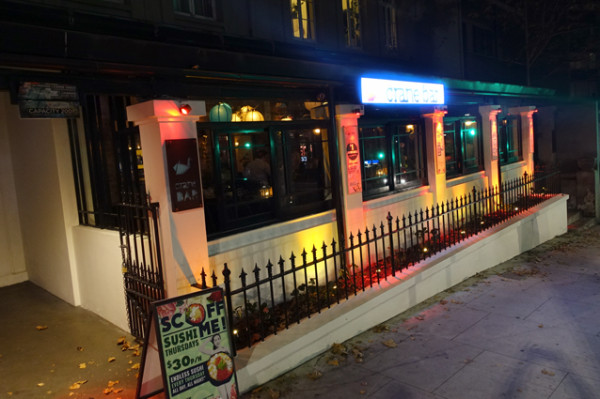 From the outside looking in, Crane Bar reads as a youthful haunt, with sidewalk A-frame menu specials that shout bar snacks louder than dinner. 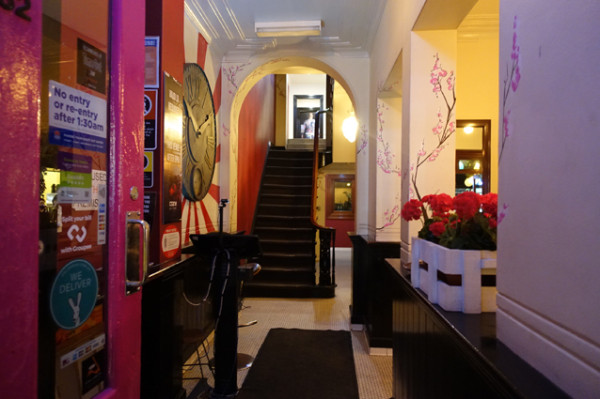 However what you will find if you venture inside, is something else entirely… 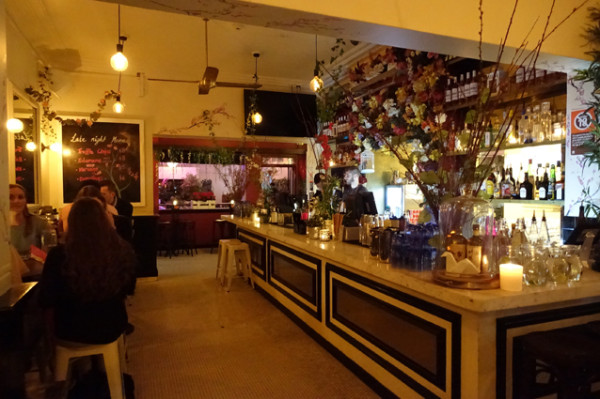 The building itself is owned by infamous Kings Cross identity, John Ibrahim. It’s the site of the former Bayswater Brasserie, a restaurant that really launched modern Australian cuisine when it opened back in 1982. 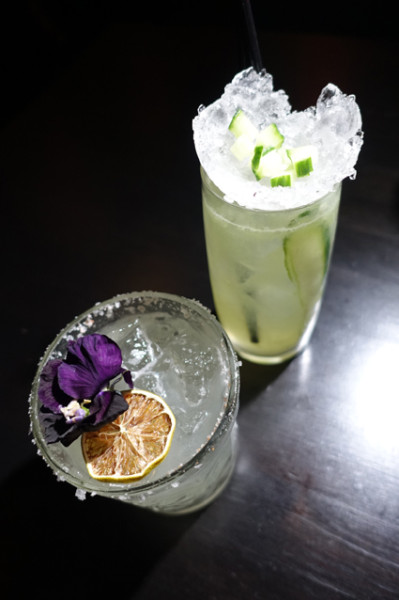 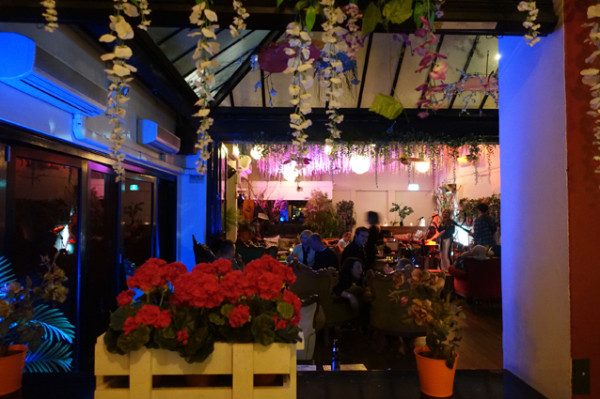 Being here brings back memories of the onsite wedding of media identities and mates, Neil Mercer and Rebecca Le Tourneau, so we’re pleased to see the Miyagi Mule ($17) still gracing the cocktail menu. With Zubrowka Bison Grass Vodka, wasabi, cucumber and house-made ginger beer, this classic drink is all memory taste, though the eye-catching presentation provides a stylish update. We also enjoy the Tommy’s Margarita (19), a popular margarita update that switches out Cointreau for agave syrup, and ends up better than the original. Here it's well-balanced, salty and appetite-inducing. 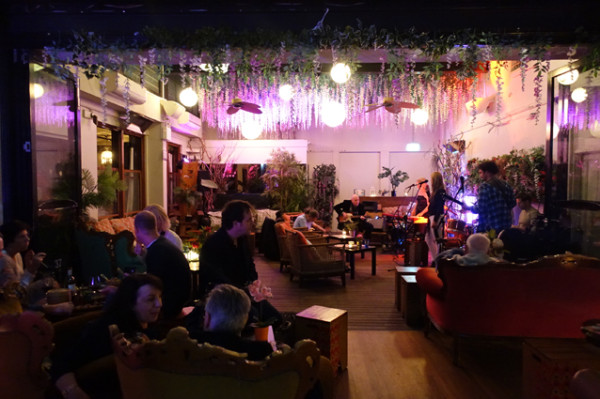 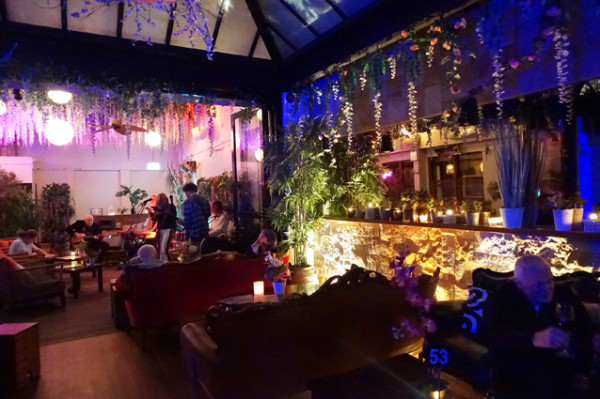 Cocktails in hand, we take a spin around the venue, which has more been decorated than seriously renovated. Dripping in fake flowers and vines, the back bar plays host to cosy couches and live music targetting people of a much wider age range than I was expecting. It’s got a really bohemian old Kings Cross feel, which reminds me to feel angry about the decimation of Sydney's nightlife due to the Liberal Party's Lockout Laws. 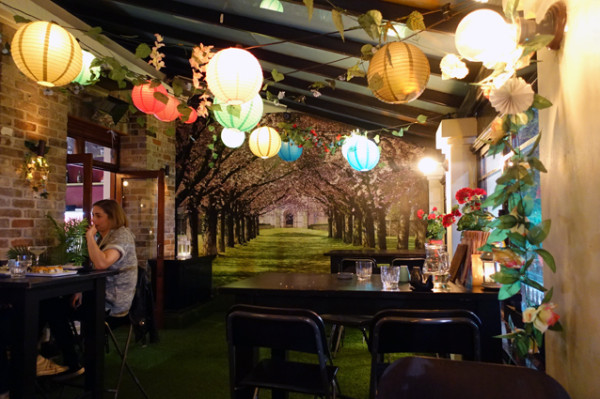 We settle under the paper lanterns in the front room to tackle some food. 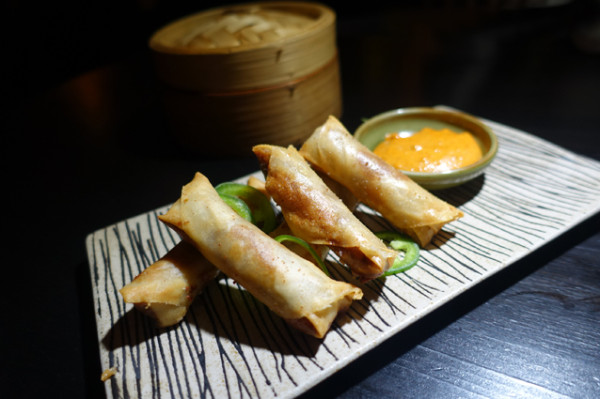 Despite the tongue-in-cheek feel of the menu, which allows you to steam it, hook it, meat it, and scarf down the most credible version of Cheeseburger Spring Rolls ($12/4) I've eaten (the Golden Arch sauce is amazing), Crane Bar actually put out some serious dishes. 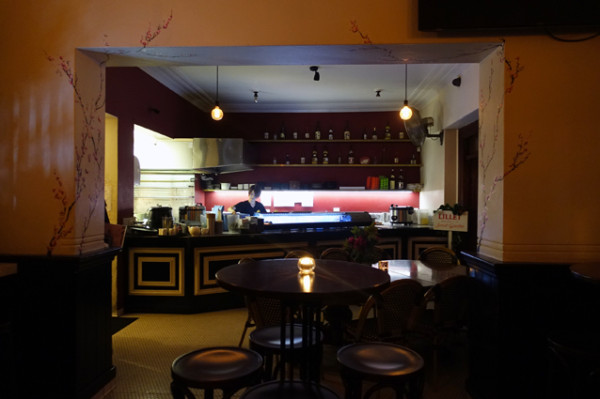 From the sushi bar you’ll find well presented Fresh Grazing Boards ($30/each) flying out on Fridays. 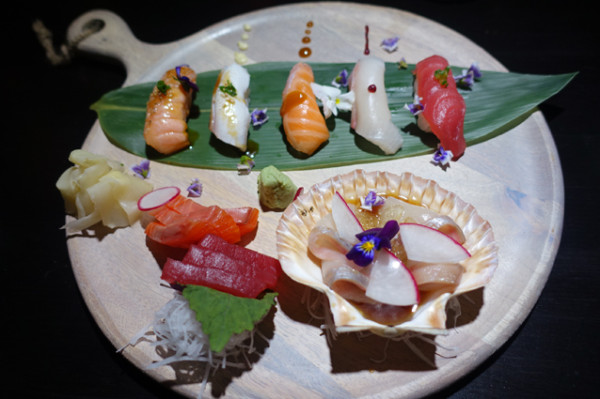 Along with nigiri sushi in ocean trout, kingfish and tuna, you’ll also get sashimi, and a scallop shell of kingfish slices marinated in ponzu, garlic paste, jalapeños and tosazu (vinegar) jelly. 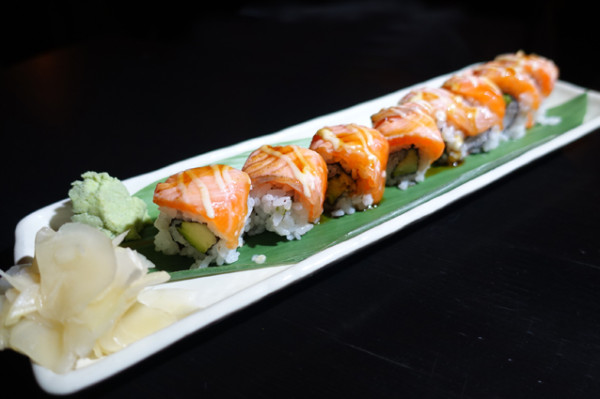 Ocean trout picks up the blowtorch very well both on the platter, and in a subsequent, slightly messy Aburi Roll ($17.50) with avocado, sweet soy and mayonnaise. I found it to have more flavour than the more conventional salmon it was replacing. 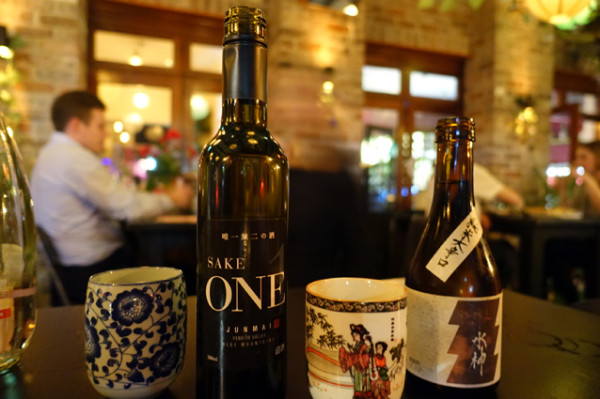 We matched our meal to two competing sakes, an Asabiraki Junmai ($30/300ml) from Japan, and a Sake One Australia Junmai ($30/360ml) brewed in the Blue Mountains. With the sushi and sashimi, it was the round, soft, homebrewed sake (well, it still is made using Japanese rice) that came up best – it’s a very coherent sake that smells much like it tastes. 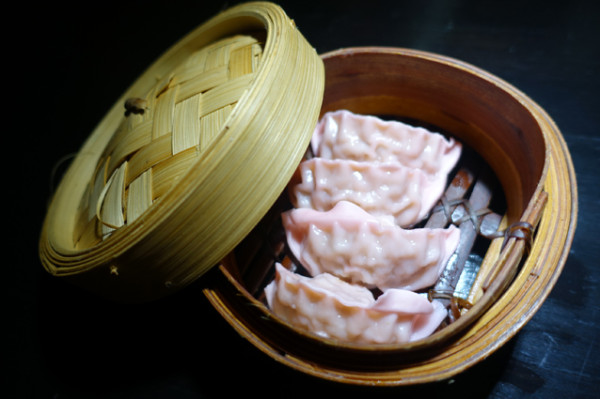 Despite the beautiful nose, I found the Asabiraki a bit high in alcohol (16.5%) with a dry, almost acidic end. However it was good with bamboo steamer baskets of Spicy Pork Dumplings ($6.50/4 pieces). The dumplings were lean and well formed, though they could have done with more spice to really live up to their name. 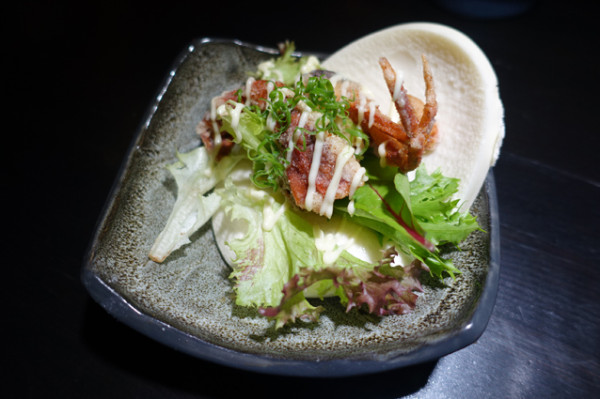 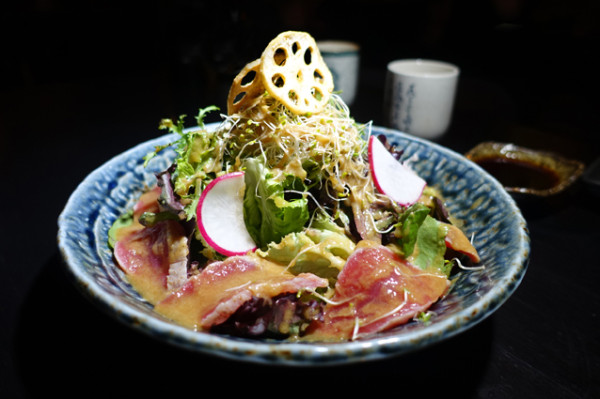 Equally attractive, the Tuna Tataki Salad ($23) will give you a light meal for one in a single bowl, though it borders upon being overdressed. 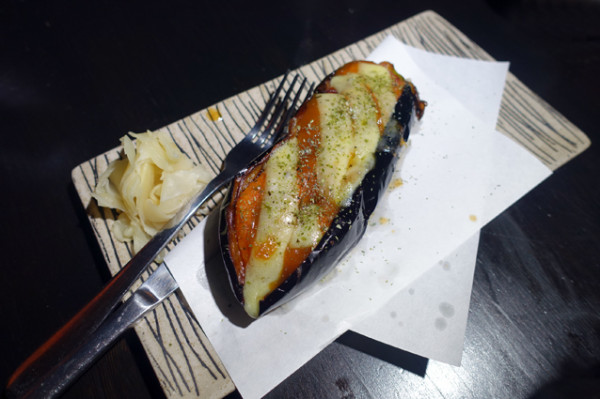 As we unwind to ambient world music that would be at home in Café del Mar, Ibiza, you can colour me impressed. The only dish I tried at Crane Bar that didn’t appeal was Nasu Miso Cheese ($16.50). It turned my favourite Japanese miso eggplant dish into something resembling an over-sweet Parmigiana. However it’s not a bad batting average for a venue I’d written off as a young person’s bar with snacks.

NOTE: You can see a previous review for this venue HERE.