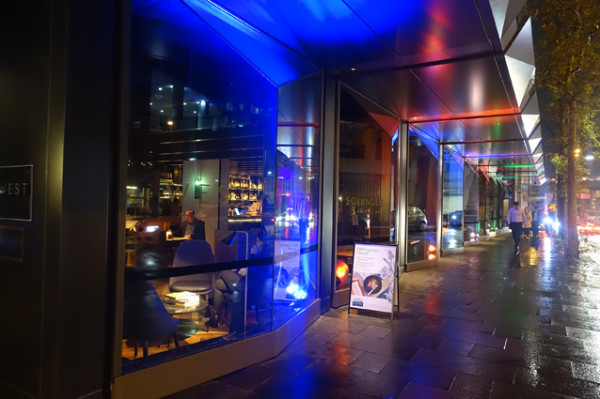 Even with the addition of coloured lights, the West Hotel Sydney cuts a modest profile on Sussex Street. Despite being a Hilton property, it doesn’t immediately shout hotel. Part of that is the property's size – at just 182-rooms, it’s not huge – and part is attitude. Opening in January this year, West Hotel Sydney is the first of Hilton’s Curio Collection properties to open in Australia. It forms part of a global collection of more than sixty hotels that have been assembled with an emphasis upon personality and unique character. 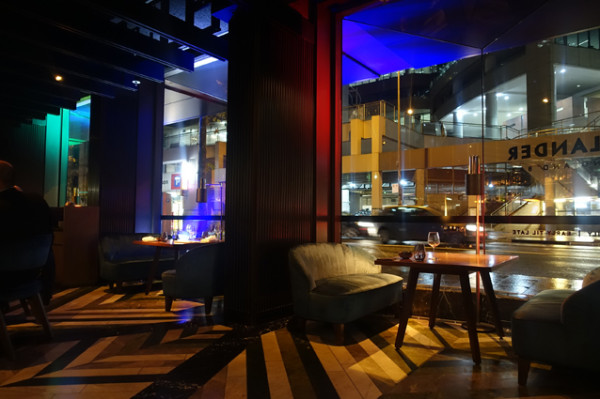 At the front of the hotel you’ll find Solander Dining and Bar. It’s a dark and moody space that really belies being a fancy hotel’s lobby bar and restaurant. The Woods Bagot interior is inviting, offering up plump, solo settees for a spot of window-side drinking, or comfortable, round-backed chairs, tables and banquettes where you can engage more deeply with Head Chef David Vandenbeele’s menu. 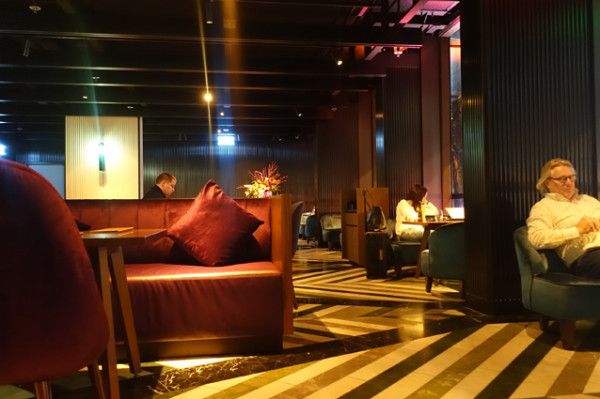 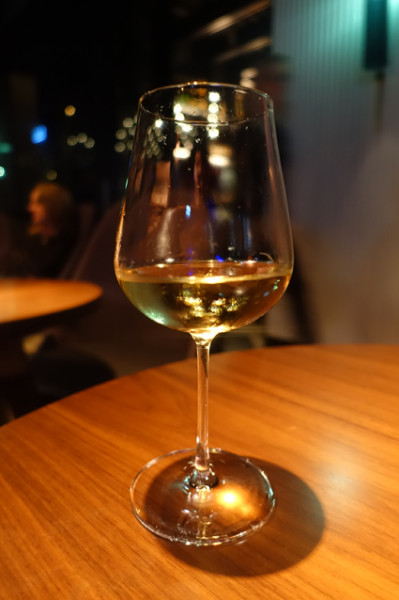 In my case, the well-cushioned chairs were just the ticket for escaping the rain, and unwinding into a glass of the 2016 John Duval Marsanne Viognier Roussanne ($13). 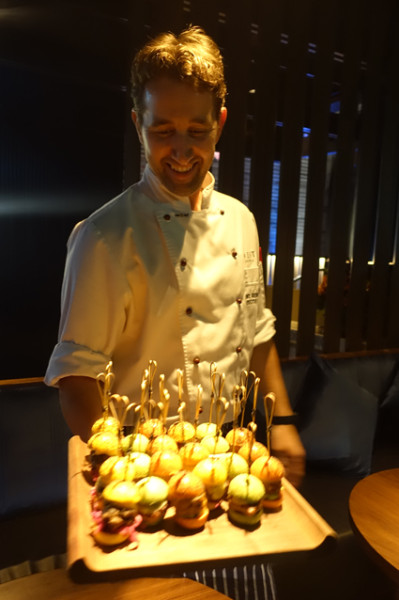 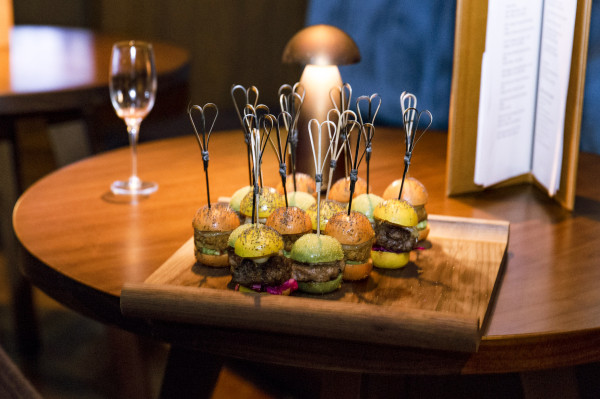 The restaurant is named for the first fleet botanist, Daniel Solander. In coming weeks Vandenbeele intends to incorporate botanicals into his winter menu. On this rainy night, I suffice with some sliders. Vivid Sliders ($16/3) is a special running until the end of the twenty-three night light festival, which happens this weekend. Each burger has a different coloured bun and filling. The best of them is called The Roo, and contains a kangaroo patty decked out with beetroot relish, blue cheese and pickled cabbage ‘slaw. You’ll also get a pork and chorizo slider with spice barbeque sauce, Swiss cheese and caramelised onion; and a slightly less inspiring chickpea burger with avocado salsa, cheese and pickles. 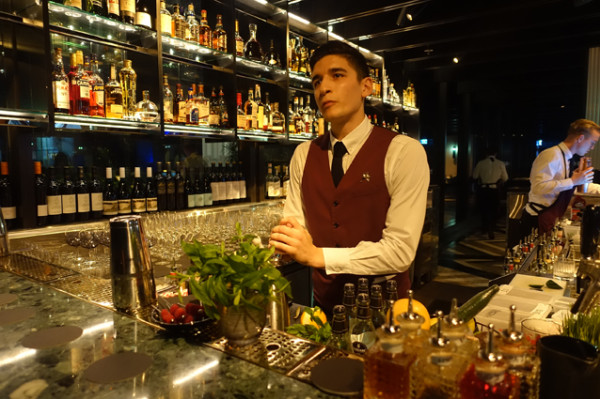 Behind the bar, Matteo Rosini, is already playing with plants. While obviously also a star behind the bar making cocktails, Rosini explains: “I prefer to be in the back room experimenting and making things.” 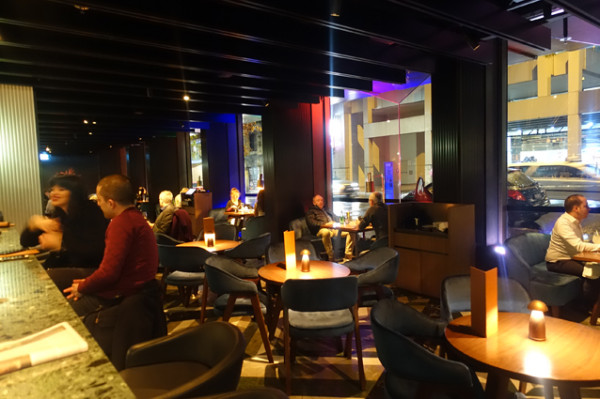 That's not really surprising; the Solander kitchen has some whizz-bang technology, including sous vide and a Polyscience Rotary Evaporator – that allows Rosini to create fresh concentrated essences out of herbs, fruit and vegetables. 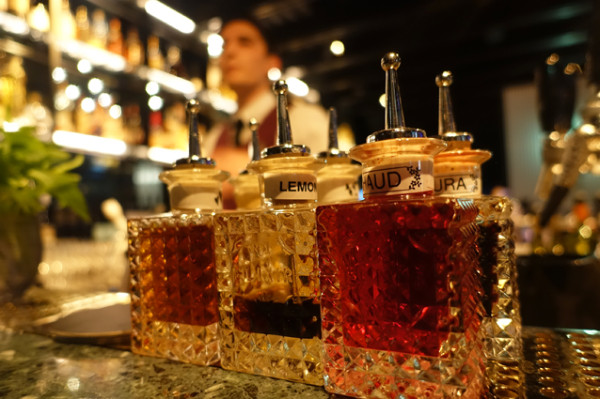 Rosini explains excitedly that he can even distill chillies so that the hot part – capsaicin – is left behind, providing an opportunity to really appreciate the chilli’s flavour. He slips me a macadamia essence to try, that has been made on Spirytus, a Polish pure spirit, before we get into the real business at hand - road-testing two cocktails inspired by Vivid Sydney. 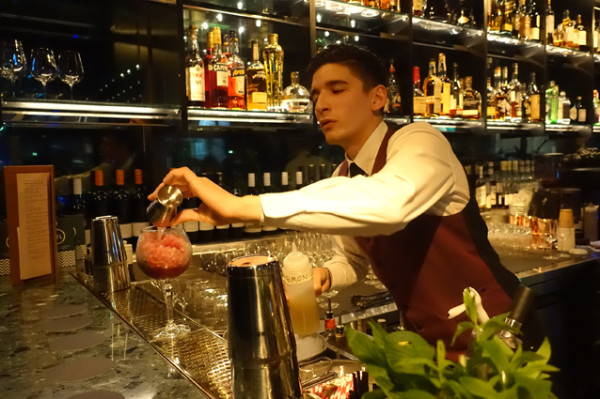 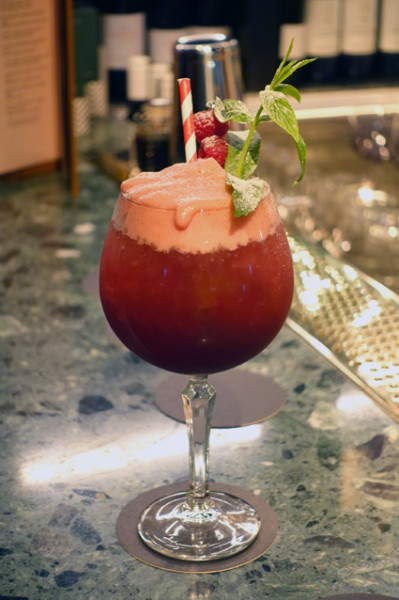 We start with Purple Reign ($16), a cocktail made using 3-year-old Havana Rum. “We decide to make a Mojito profile but with blackcurrant,” explained Rosini. He’s kind of underselling the icy purple cocktail garnished with mint leaves and fresh raspberries. The rum is blended with blackcurrant cordial, fresh lime, mint leaves, soda water and topped with a foam kept stiff using blackcurrant and thyme syrup, egg white and lemon. It's a bit more interesting, and lot less acidic, than a summery mojito. 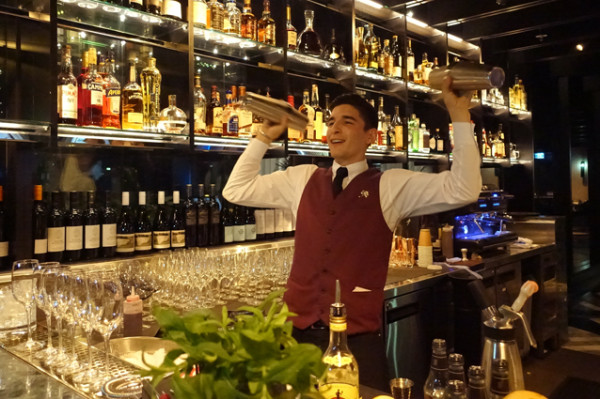 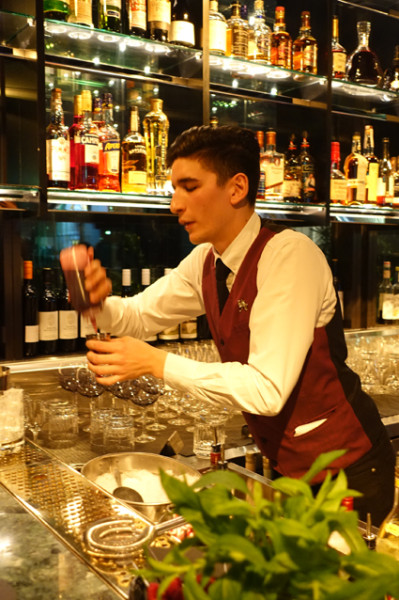 More to my personal taste, The Nebula ($16) is a Beefeater Gin affair. 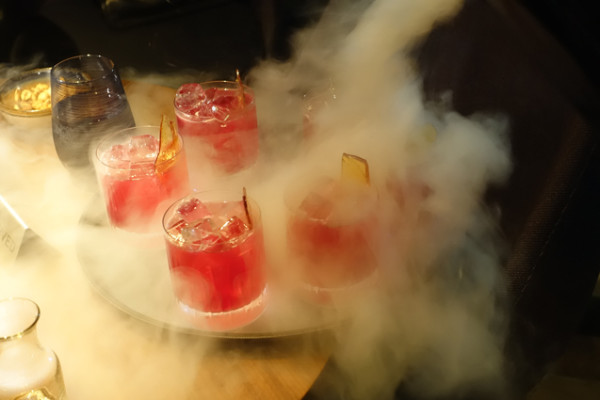 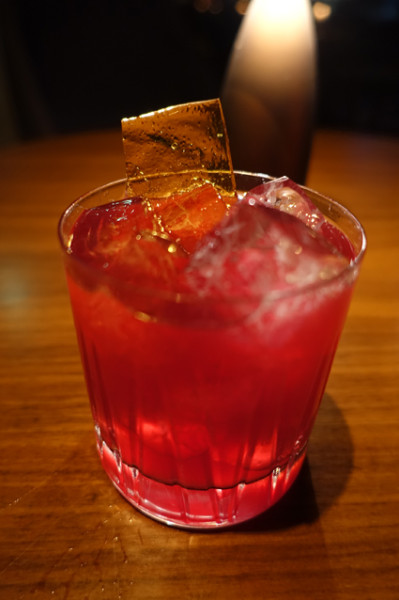 The drink is shrouded in a cloud of rosemary fog (poured at your individual table) and garnished with a beetroot and toffee shard. It drinks very coherently, and makes me want another. It also makes me want to explore their regular cocktail list.

With Vivid Sydney ending on Saturday 16 June, you've only got a couple of days to get down to the West Hotel Sydney to take advantage of these specials. I'll be heading back to give the Solander menu a good going over soon.