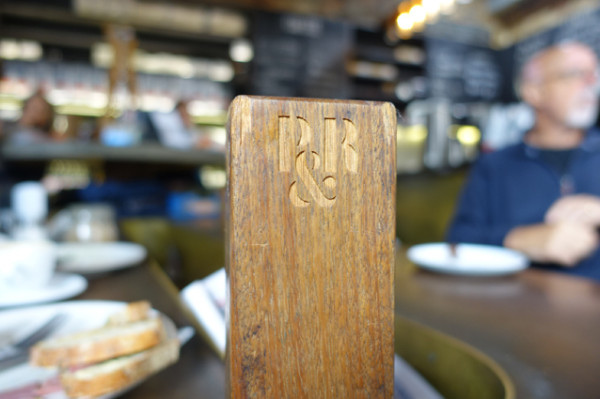 The P&R logo remains etched into the wooden table numbers; and bags of Pablo & Rusty's coffee still line the shelves at The Junction Coffee Co. It’s refreshing to see the new owner, Pritesh Patel, only changed the things that needed changing, after taking over this former Pablo & Rusty’s spot. 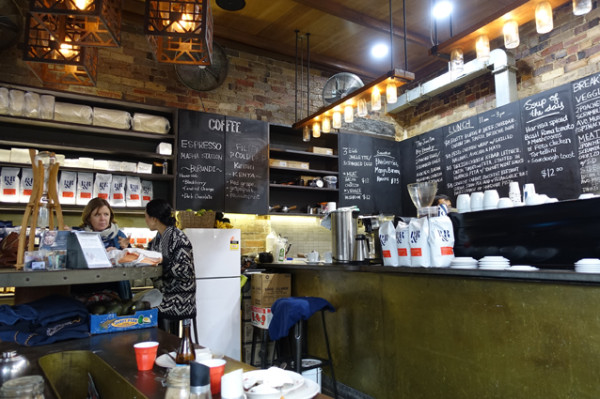 The hip, mock-industrial surrounds have also been left unaltered. Don’t scratch your head too hard about what repurposed industrial items you’re dining on when you sit down at the communal table inside the small space. 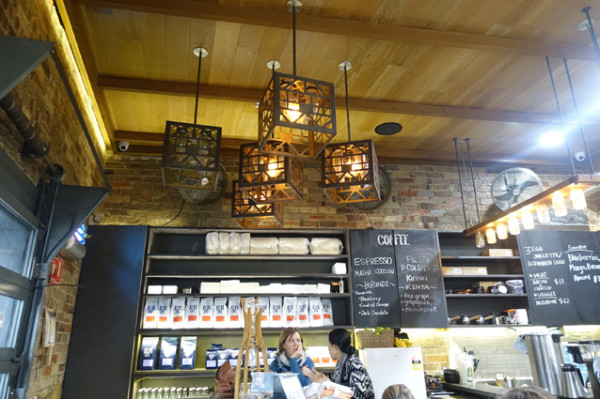 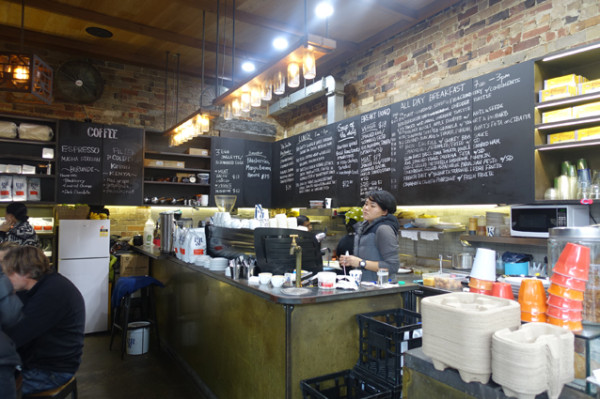 The two level zinc-clad table is actually a custom-build by Contempo Furniture. Designers Giant Design clearly didn't want to trouble themselves with the whole repurposing caper. I will say that the warm orange glow emenating from inside the  dangling rusty metal milk crates, and rows of custom-made milk bottle lights, do give the metallic workshop-like interior some warmth on this cold, wintery day. 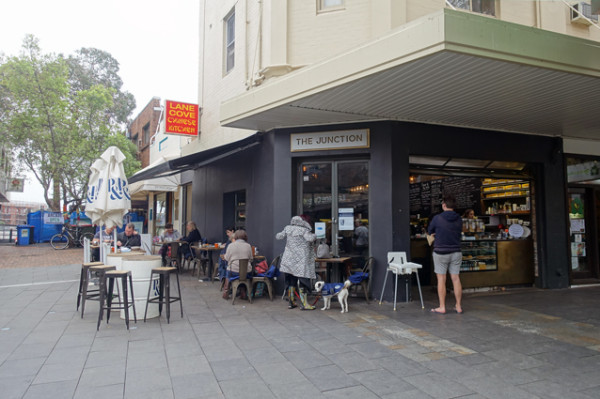 With the strong emphasis on takeaway - the café sits in Lane Cove’s popular outdoor plaza which offers up plenty of places to dine – The Junction Coffee Co. operate with an order at the counter system. 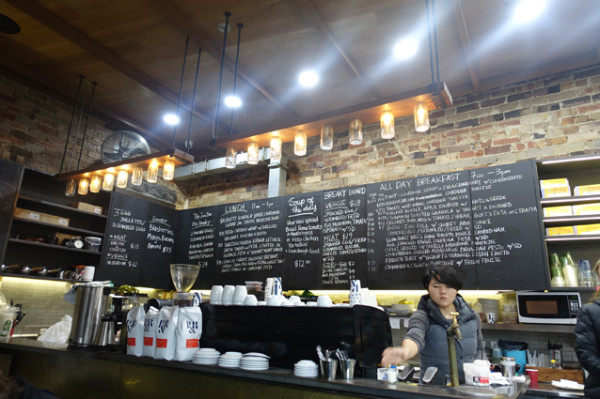 While you’ll find the bulk of the café’s menu written on chalkboards over the counters, you'll find the daily specials seem to be only written onto plates located on the front counter. 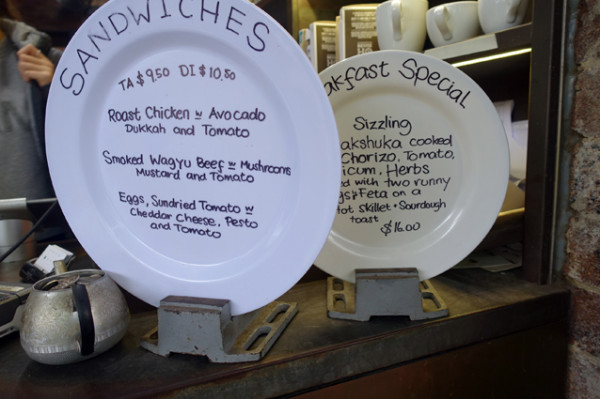 With the temperature low, the Shakshuka ($16) special proves irresistible, before I remember I actually came here to eat one of the café’s abundant breakfast boards. Having only seen them in photo form, I take a stab and order the Meat Board ($19), but it’s curiously disappointing. 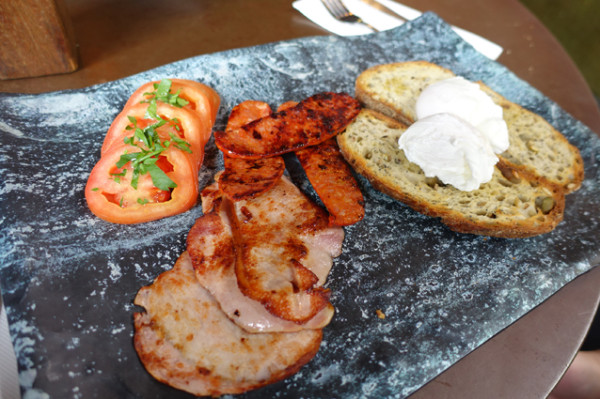 “I feel like this would be better served on a plate because it’s a pretty standard breakfast,” my dining companion says with a slight frown. She’s on the money – the unused real estate of the platter takes away from generosity, despite it containing a decent amount of bacon, mild chorizo, freshly sliced tomato, and pair of poached eggs on twin slices of unbuttered toast. Even our communal table neighbours break the social contract to exclaim surprise on the sheer size of the plate. 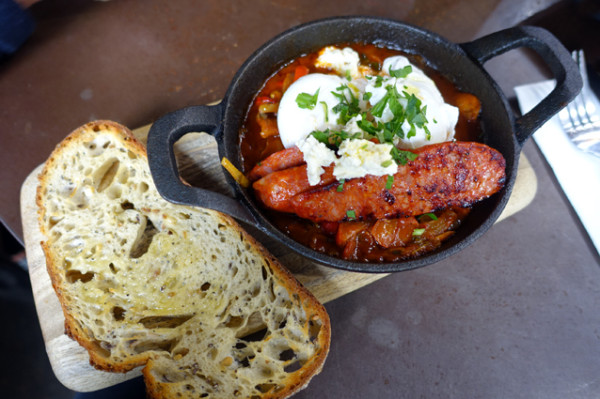 The shakshuka on the other hand, served in a two-handled cast iron pot on a much smaller wooden board, is much better. It’s with a single slice of toast that someone’s whispered the word butter to, but the spicy tomato stew is well balanced and compelling. I get harissa and a hint of cumin, plus the more obvious onions, garlic, capsicum and – a bit left field – mushrooms (but they work). There’s also more grilled mild chorizo (I mind it being mild less in this dish because the underlying stew has some spice), feta, and a pair of poached (rather than baked) eggs, which is also non-standard. I suppose it does ensure those yolks stay runny. Authentic or ad-lib, it is a tasty, winter appropriate breakfast dish. 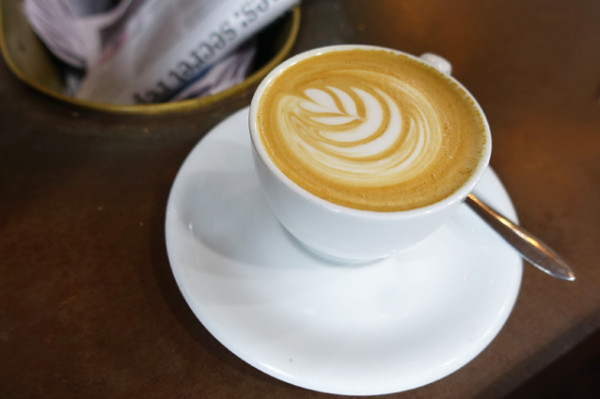 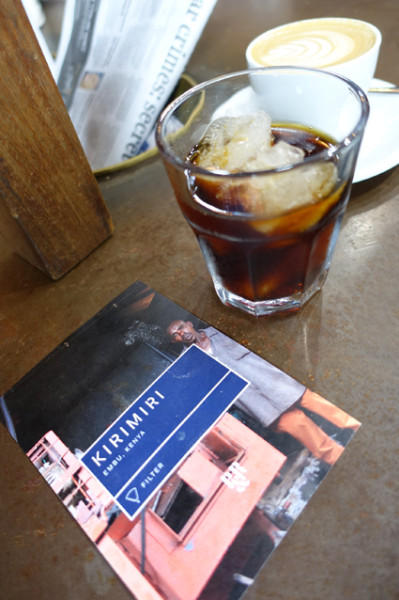 As you'd expect, the Pablo & Rusty’s coffee, across both a standard Latte ($3.50) and an 80g Cold Drip ($5) sourced from Kirimiri, Kenya, continues to drink well.