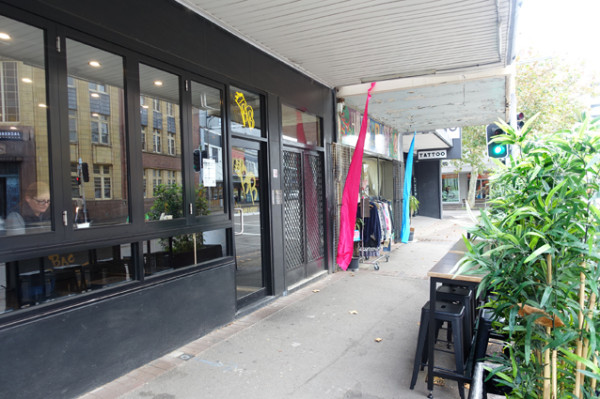 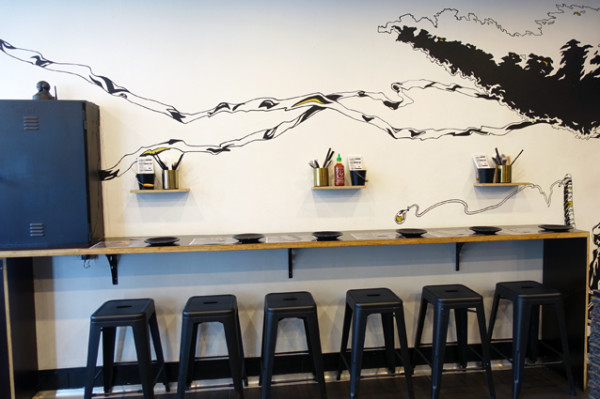 It’s at the western end of the central business district in Newcastle West, where street parking seems a bit easier to come by. 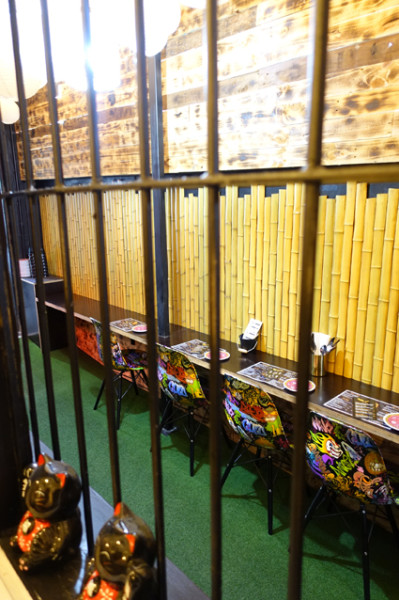 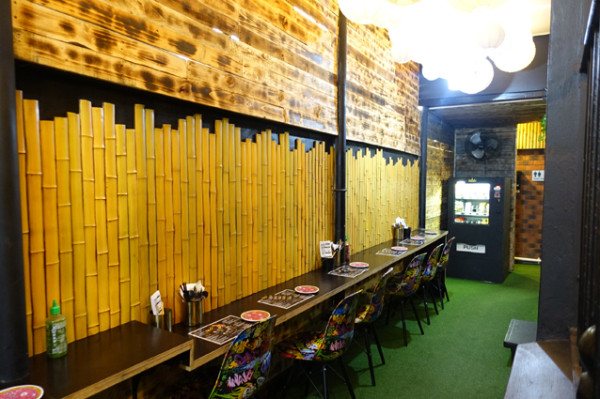 While the front room feels a bit fast food - dominated by a counter, and encircled by stools facing a narrow eating trough; there’s also a long bamboo and Astroturf corridor, and a booth room, that both have a bit more atmosphere. 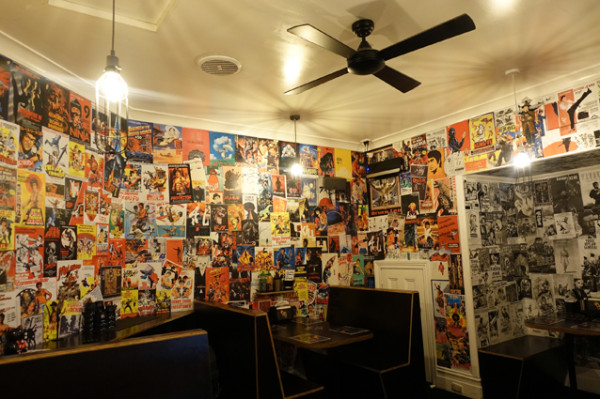 We opt for the latter, and are soon tucked into a low-lit booth in a small room that has been given a nicely lowbrow makeover with exploitation film posters. 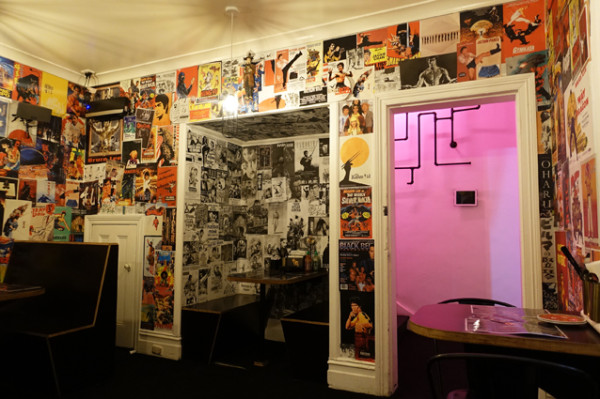 While I was surprised to not be able to order an alcoholic drink, it does make sense that the city that first instituted lockout laws a decade ago, also handicaps new businesses with the same slow licensing approvals we have in Sydney. The ‘Newcastle solution’ is after all, what Sydney’s unjust lockout laws were based upon. 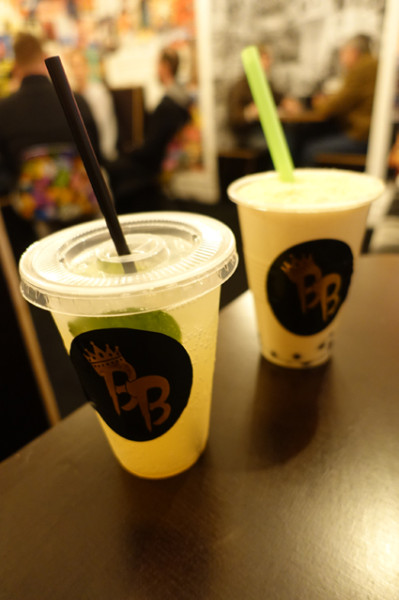 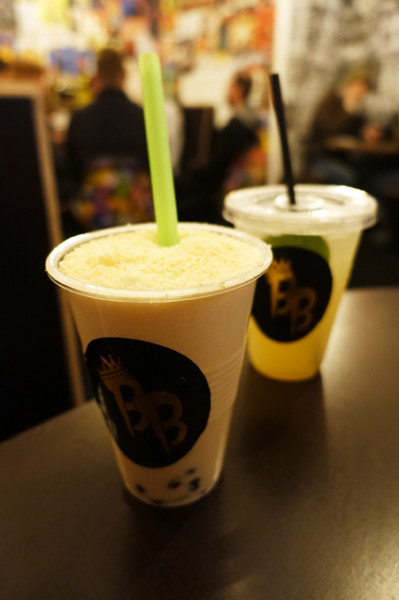 Despite this, local lads David Griffin and Nathan Martin have tried to keep drinking interesting, offering up tart House Ginger and Kaffir Lime Soda ($6) and a Bubble Shake ($7). The shake is milky, creamy and big on vanilla, with caramelised white chocolate, super soft tapioca pearls and miso. I just would have preferred it to arrive a lot colder, and not in disposable packaging when I'm dining in. 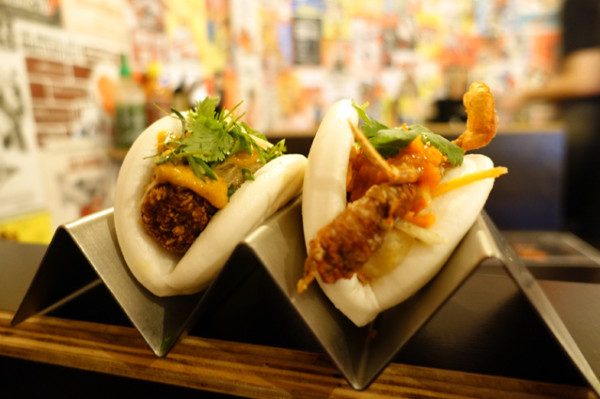 The menu is short, and obviously centres upon Taiwan’s most famous street food – gua bao. While bao may be well on the way to replacing the taco on Sydney menus, not all bao are created equal. You’ll find the steamed buns here to be softer than most, and wrapped around an interesting selection of contemporary fillings. Soft Shell Crab ($8.50) teams crisp crab with fermented chilli jam, pickled green paw paw and Kewpie mayo. It’s good, but the Beef Rendang Croquette ($7) from the daily specials list is even better. Inside the crumbed croquette, you’ll find long strands of tasty, pulled rendang beef. It's nicely accentuated by charred onion puree, fermented sambal and fresh herbs, but if you want more heat, you’ll also find two types of sriracha on the table. 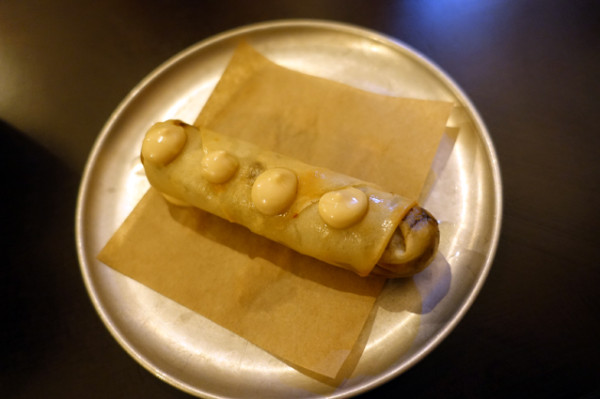 You probably want at least two bao per person, and you’ll still be able to handle some snacks. The Woodear Mushroom Spring Roll ($4/each) is a particular winner. The soy mayonnaise has a nice savoury middle, and wood ear fungus scrubs up as a flavoursome treat inside. 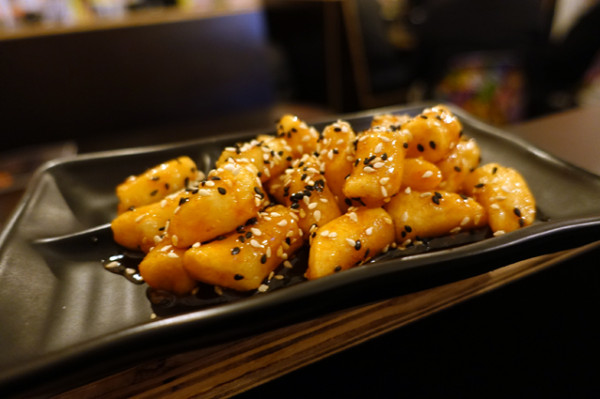 Crispy Korean Rice Cakes ($7), or tteokbokki, are coated in a watered down version of gochujang (red chilli paste). While they have the same compelling texture (the rice cakes are chewy) they lack the spicy interest of the Korean original. You’ll have to lift your game, Newcastle, and allow Bao Brothers Eatery to make them much spicier!