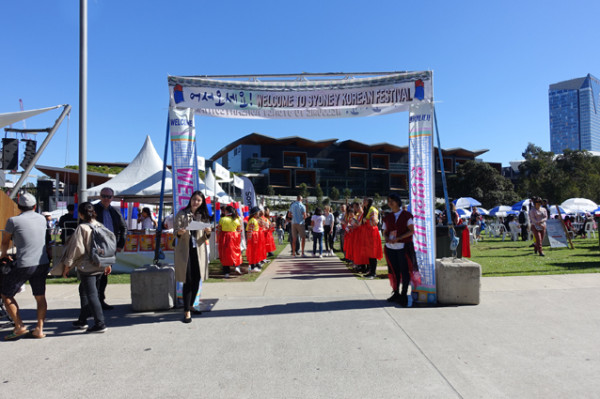 There sure were a lot of politicians in attendance at last month’s 2018 Sydney Korean Festival. Representatives from all tiers of Government flocked to Tumbalong Park to pledge allegiance to the importance of Australian Korean business relationships. I just went for the snacks... 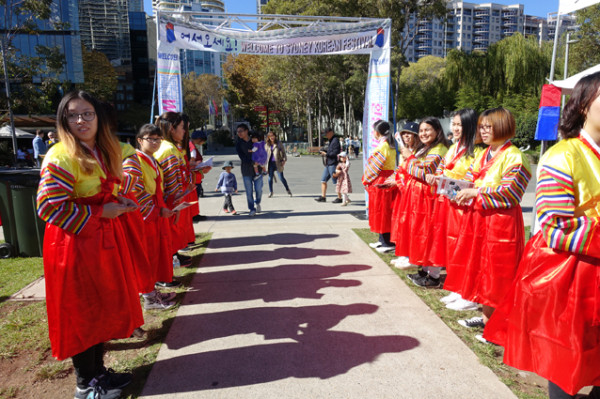 Well, to be fair, I’m actually fascinated by Korean food and culture, and have been a regular attendee at the Korean Cultural Centre for many years. Volunteers at the well-attended event included many of the centre’s Korean language students, who formed a brightly clad honour guard, tasked with directing VIPs to their allocated seats. 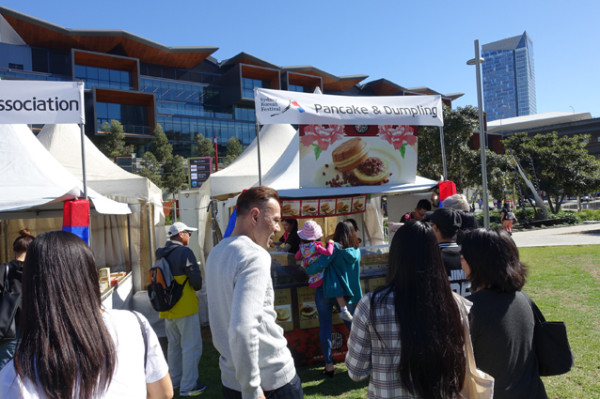 I was more interested in checking out the food stalls. The ring of stalls offered up a collection of highbrow and lowbrow Korean dishes. 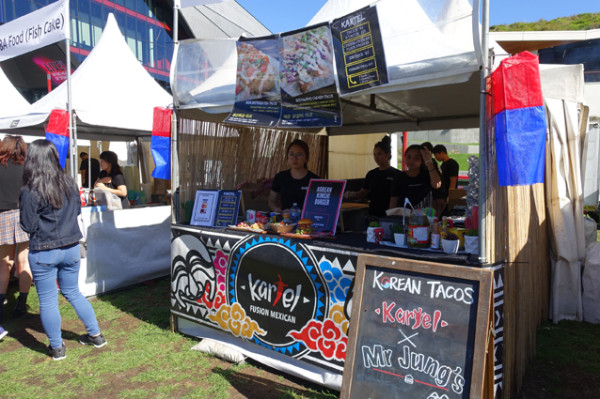 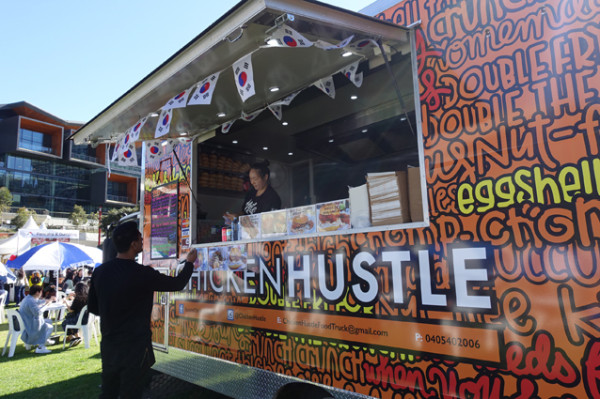 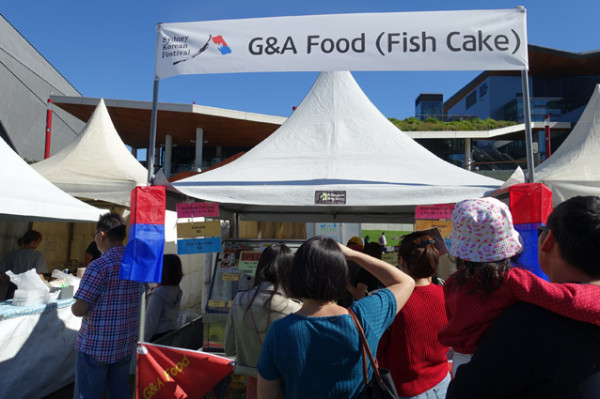 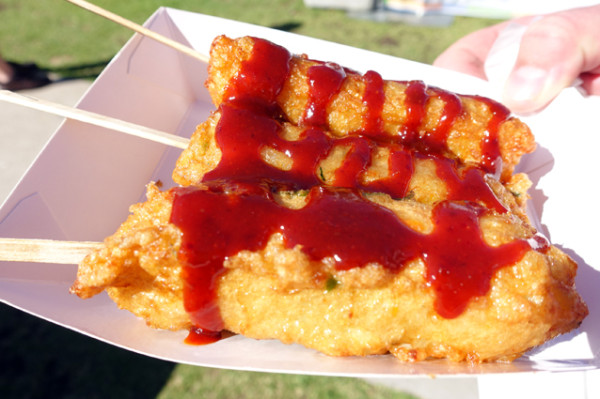 You could also pick up more typically Korean dishes, like fishcake (eomuk) slathered in gochujang by G & A Foods. Having already encountered this outlet at the Burwood Festival (they also own Tori in Chatswood) I found their products too hard to resist. 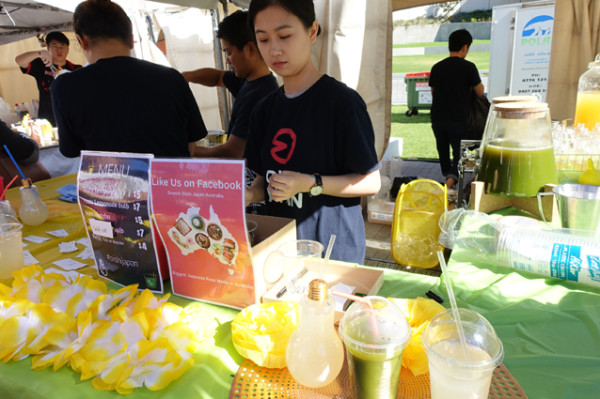 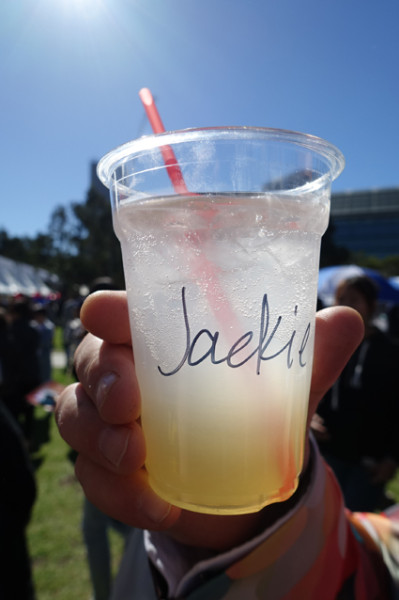 With the sun beaming down and no trees for shade in this newly redeveloped part of Darling Harbour, beverage outlets were particularly popular. Oishi Japan Australia – a media company - worked the young crowd’s interest in Instagram-worthy items using drinks served in light bulbs. 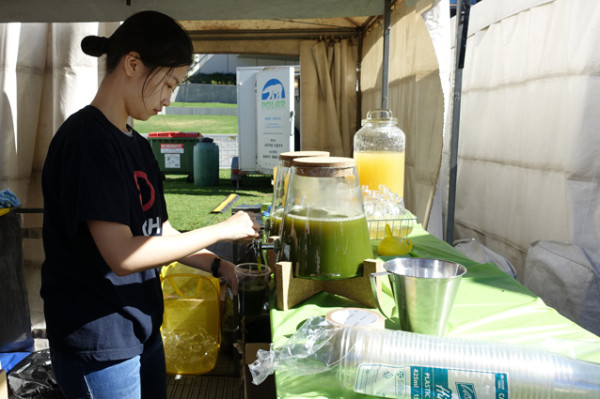 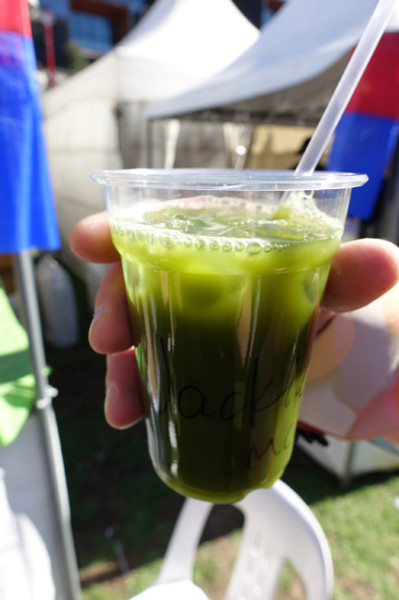 We eschewed the pricier plastics for ordinary cups, but enjoyed our tart and fragrant Yuzu Lemonade ($5) and earthy Iced Matcha ($5) regardless. 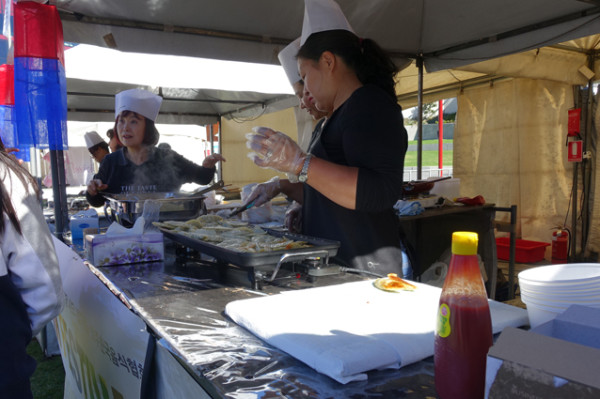 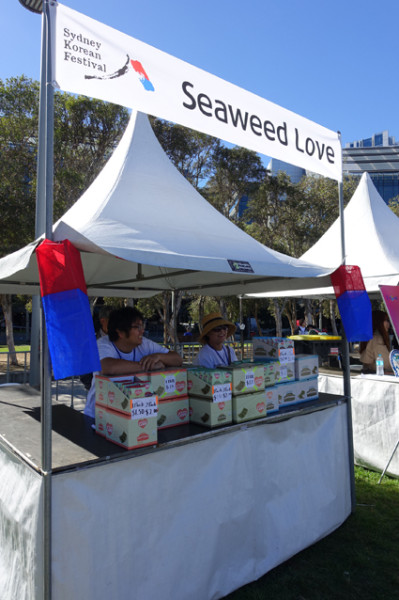 With our lunch supplied, it was a bit torturous to wander the stalls, seeing everything from chewy tteokbokki (rice cakes) to kimchi fried rice to japchae (glass noodles made from sweet potato) being prepared and served to hungry attendees. 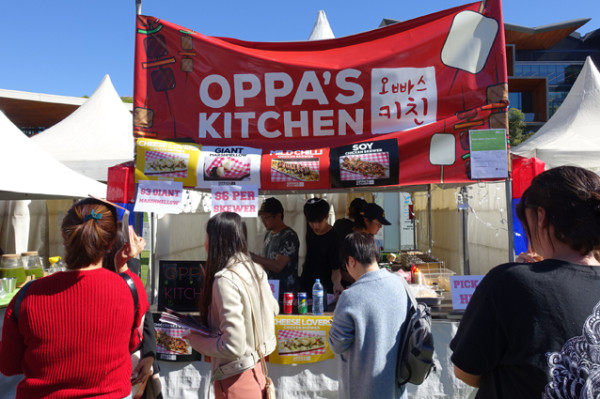 After a barrage of speeches running from Mr. Sangsoo Yoon, the Consulate General of Korea, to a tardy Jodi McKay, Member for Strathfield and NSW Shadow Minister for Transport, we adjourned to the umbrellas for lunch. 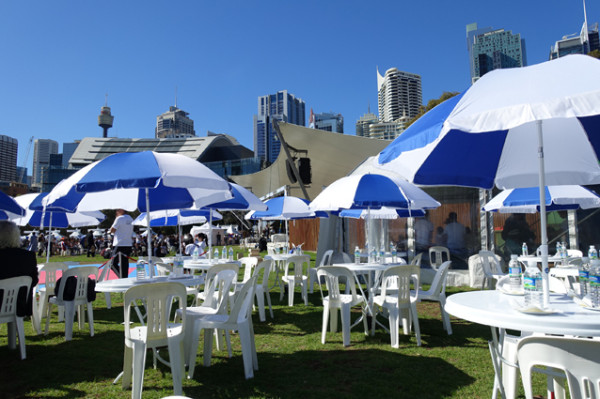 Colour me surprised that my favourite part of the day wasn’t the sushi lunch, but the amazing Taekwondo demonstration presented by Kukkiwon, World Taekwondo Headquarters. 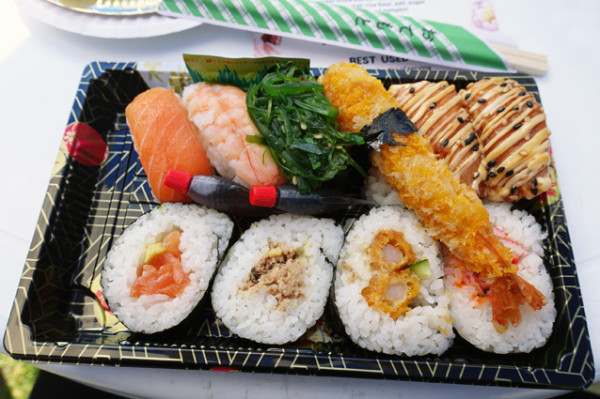 I suppose I shouldn’t be surprised – they’re the organisation that sets the global standard for Taekwondo, and are tasked with preserving the martial art's history, and sharing the spirit of Taekwondo beyond Korean shores. Their students flew through the air with a lightness I’ve only seen in movies; doing so at heights that I assumed were only possible using hidden wire work. 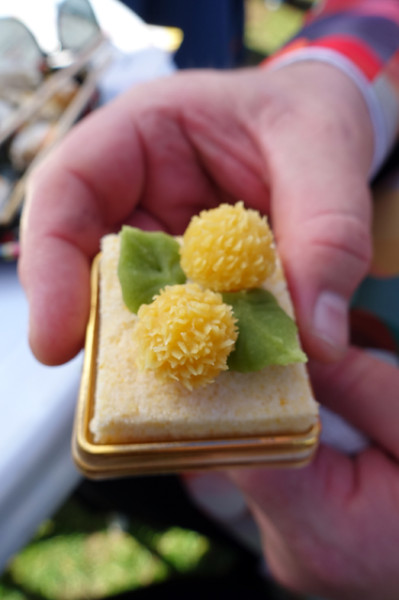 We wrapped up the day with Korean rice cakes, made using rice flour, salt and sugar, and topped with sweet white kidney bean paste and cream cheese. The flowers were flavoured with sweet pumpkin and purple taro; while the cakes themselves had a unique, almost sponge-like texture, without containing any egg.