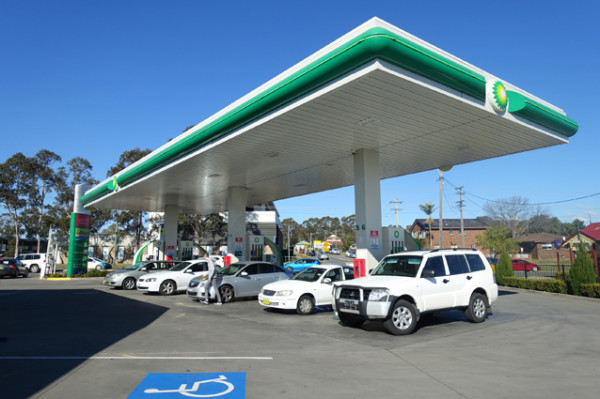 We’re seated in the lubricants aisle of BP Narellan. 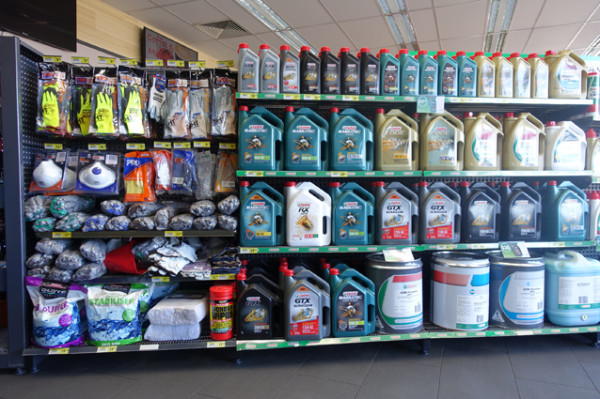 It’s my first review in Narellan, and my first meal inside a service station - well, at least as far back as I can remember. 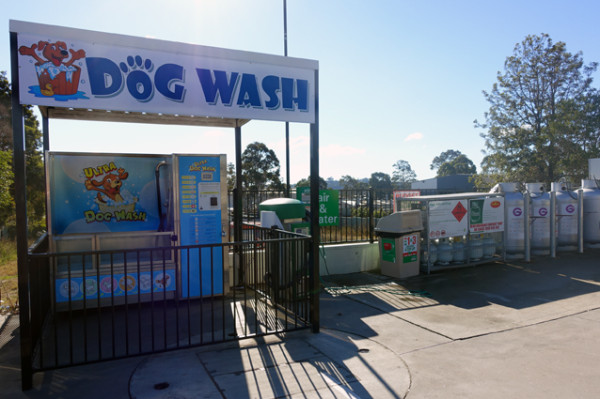 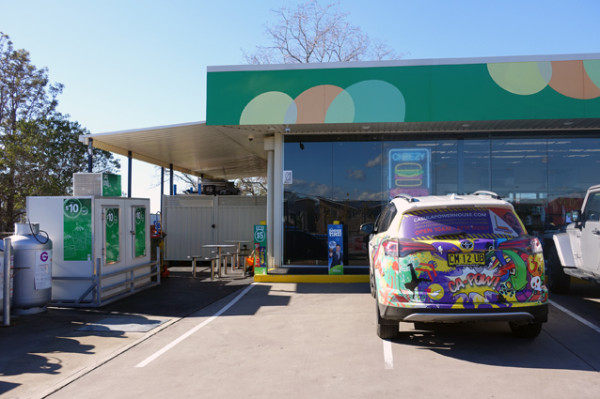 We’re here to dine at Cheezy Burgers, a tiny burger joint that occupies the rear of the station. The business began as a way for the owner, Danny, to demonstrate his business acumen to his father, who owns the gas station. Now Danny’s little burger joint is so popular, he has to move out! It's so popular nobody can actually park to use the rest of the BP's facilities, which include a self-service dog wash bay, just in case you wanted to bring your canine out to lunch. 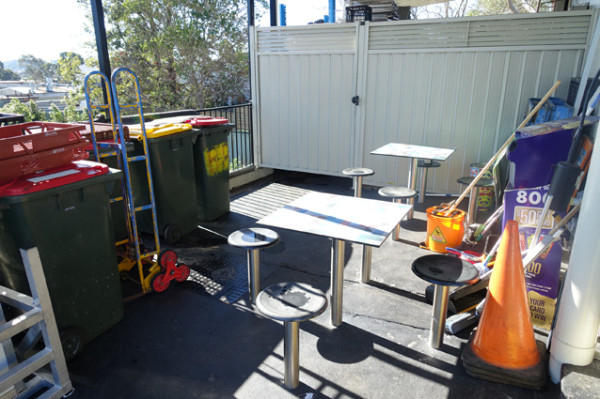 You'll also find a make-shift outdoor seating area tucked between the gas bottles and bins. "Even McDonalds had to start somewhere," Danny says with a cheeky grin. 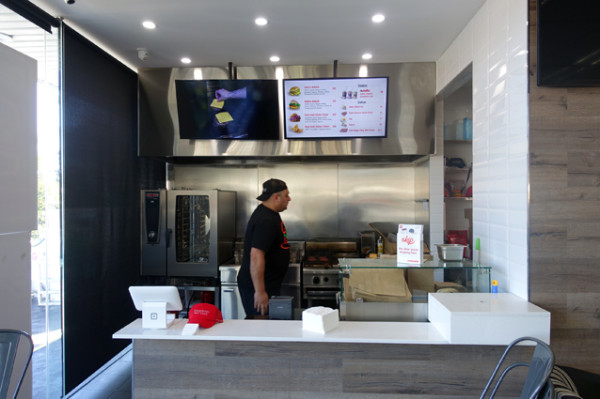 On a digital menu board over the grill you’ll find a succinct menu of three burgers, chicken tenders, shakes and fries. Stylistically, the burgers here remind me most of the ones I loved at Originals Burger Co. in Brookvale. I mentioned this to Danny, who is a local lad, but he shrugged and said: “I don’t go overseas.” 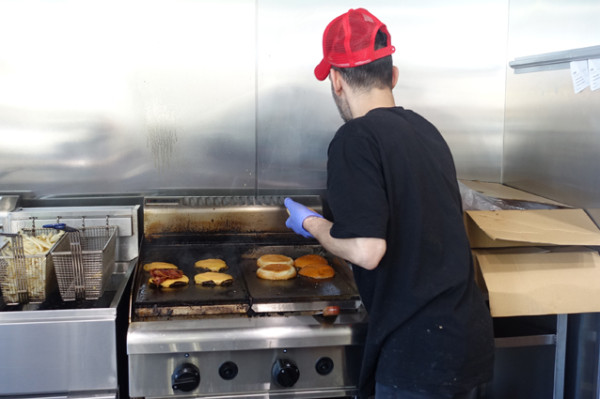 Both Danny and his burger-flipper, Vito, are clad in black t-shirts bearing the super-cool, bright neon Cheezy Burgers logo. 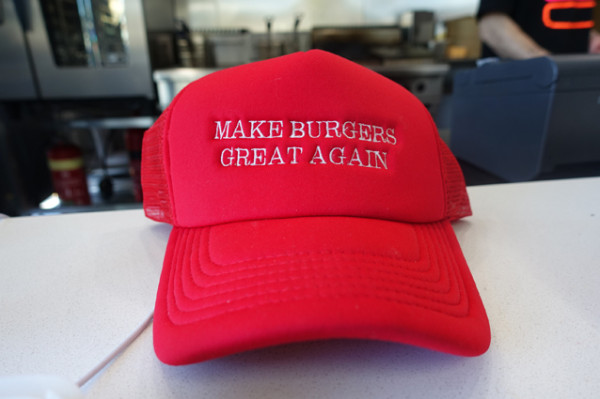 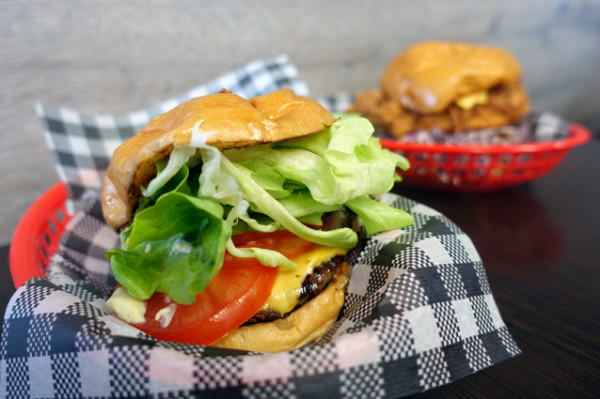 The American theming continues into the ‘Murica Burger ($13), made tangy with lashings of Trump Secret Sauce. It’s made using an Aussie wagyu patty that arrives nicely charred; neatly avoiding gristle and an excess of tongue-coating fat. It’s joined inside two soft (and slightly squashed) milk buns by tomato, cheese and the freshest coral lettuce I’ve ever had in a burger. It's easily the best thing I put in my mouth all day. 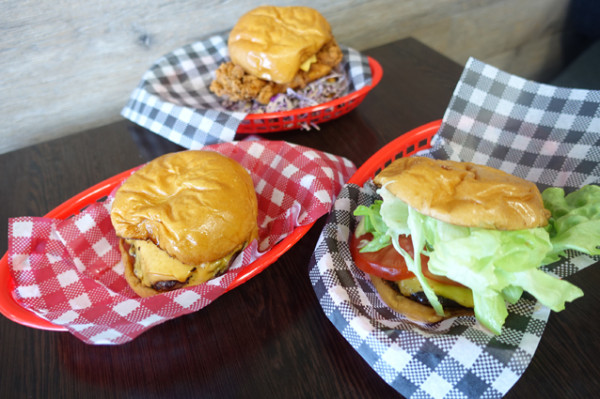 The namesake Cheezy Burger ($12) works off the same kind of patty, throwing in pickles, onion, mustard and tomato sauce under a double layer of melted, golden cheese. It’s a decent cheeseburger, but doesn’t quite live up to the Originals Burger Co. rendition, or to the ‘Murica burger I tried first. 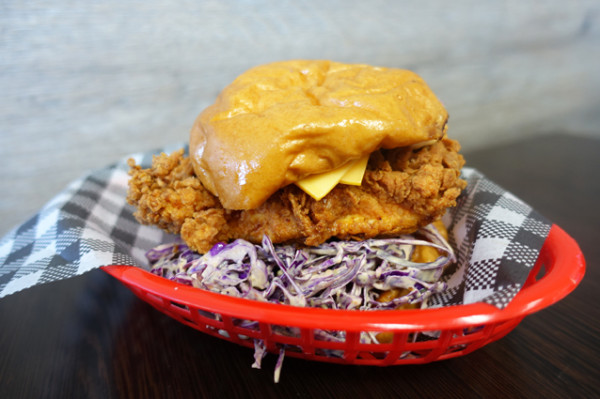 Vito sticks a truckload of Southern-style fried chicken on the Deep South Chicken Burger ($13), teaming it with crisp purple cabbage ‘slaw, double cheese, and smoky ‘el Chapo’ sauce. The tasty bird is so big and crunchy, structural integrity is a bit lacking when it's sandwiched inside the super-soft milk buns. Of course I ate mine sitting in the servo, so it was served in a basket, rather than wrapped up for takeaway like most people would receive. I hazard it might fair better with a firm paper wrap. 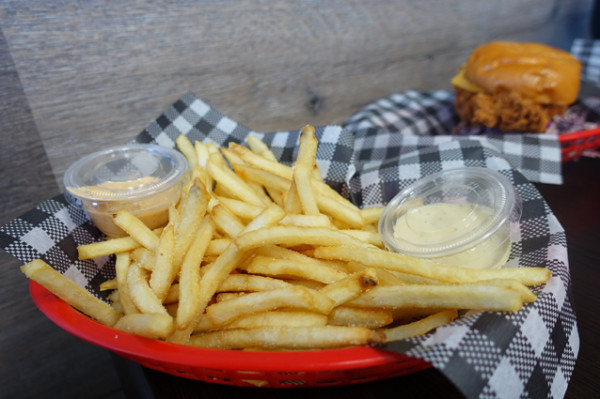 Shoe String Fries ($3) give you a chance to try out each of their sauces individually on crisp but otherwise unremarkable skinny chips. Trump Secret Sauce ($2) has got a tangy ranch edge, and El Chapo ($2) is where you’ll find a lip-tingling amount of heat. 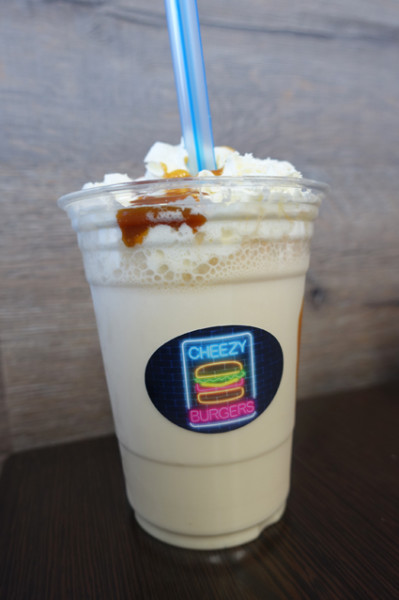 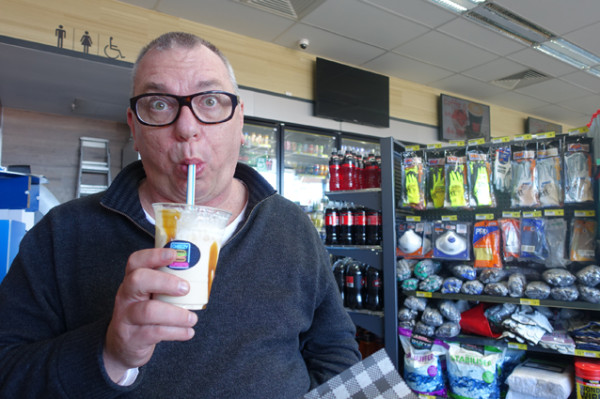 While Cheezy Burgers do offer Shakes ($8) to wash down lunch, the slightly-too-warm salted caramel shake did push me over the edge into grease, fat and dairy overload. I would have done well to remember I had the full servo range at my disposal (and to put oil in the car while I was waiting).