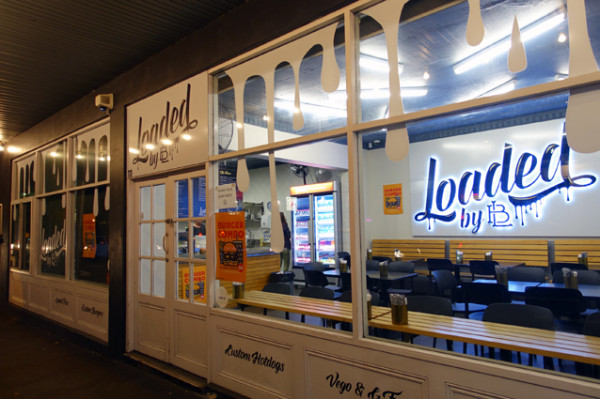 Blame Canada is arguably Sydney’s best known burger. You’d practically have to have been living under a rock have not have heard of it. I’ve always meant to try it, and a recent visit to Loaded by BL in Newtown was the closest to doing so that I’ve managed to get… 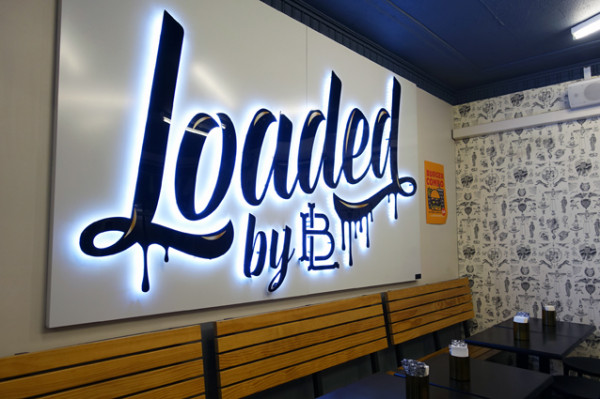 We stepped into the over-lit, smoke-filled store for a fast dinner before attending The Welcome Choir across the road. 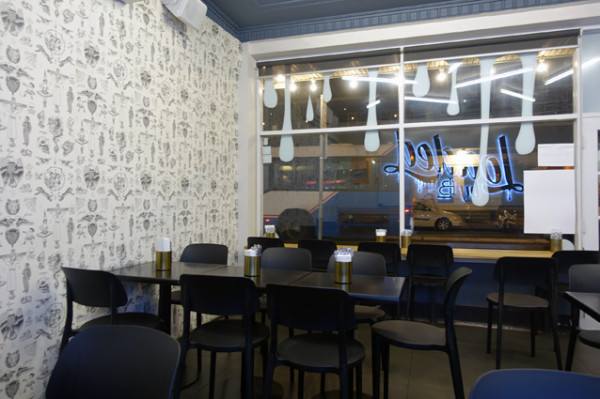 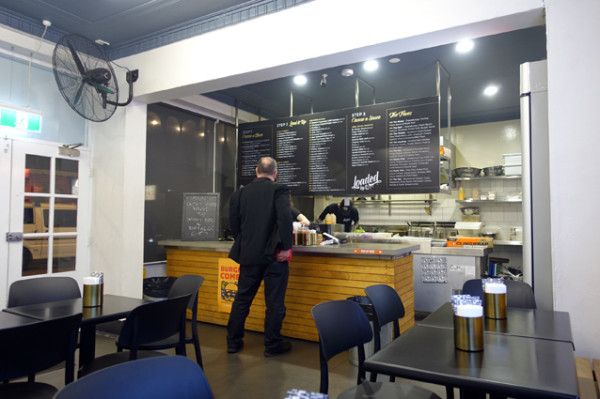 Like rabbits in headlights, we stared transfixed by the menu board that runs the length of the counter. My dining companion, who struggles with fear of missing out (FOMO) at the best of times, was almost in meltdown at the bewildering array of choices. 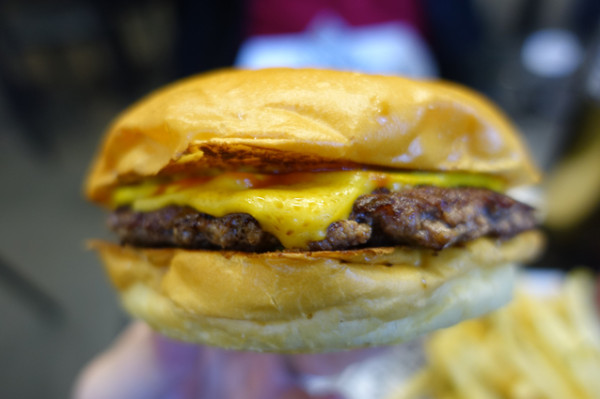 Obediently, I started at Step 1, by choosing a base, not realising that on the right hand side of the menu The Blame ($16) could have been mine for much less effort. I start with a Cheeseburger ($8) that offers me up my choice of cheese (American) and sauce Tomato Ketchup. I add on American Mustard ($1) and Sliced Pickles ($1), and spend an additional four bucks to add on shoestring fries and a bottle of mineral water. 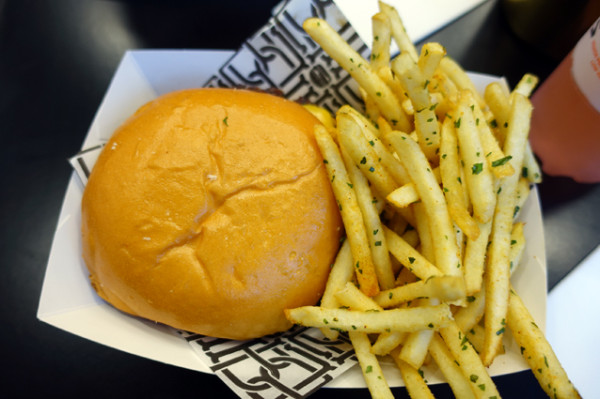 I’m wary of adding too much, and making a twenty-buck burger, though the end result is a bit dry and boring. 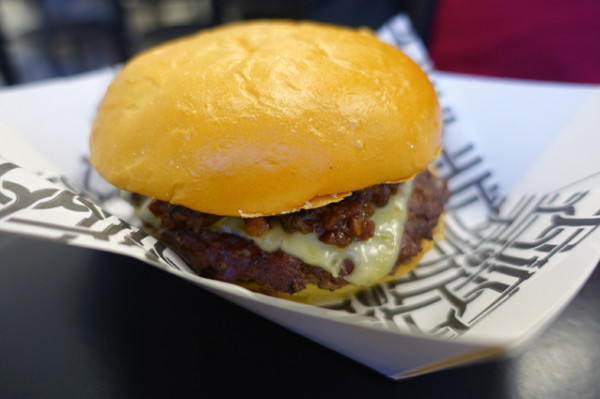 My dining companion opts for the same Cheeseburger ($8) base, tarting it up with Maple Bacon Jam ($3), Caramelised Onion ($2) and Pickles ($2) with Swiss cheese and sriracha making up his free items. 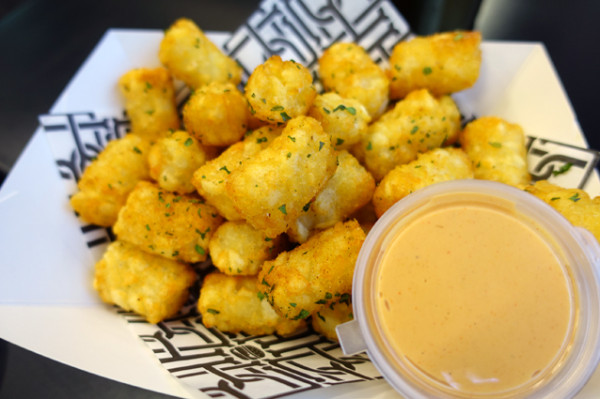 With Tatertots ($5) that come with chipotle aioli, and a drink, his whole meal comes to twenty-three dollars. 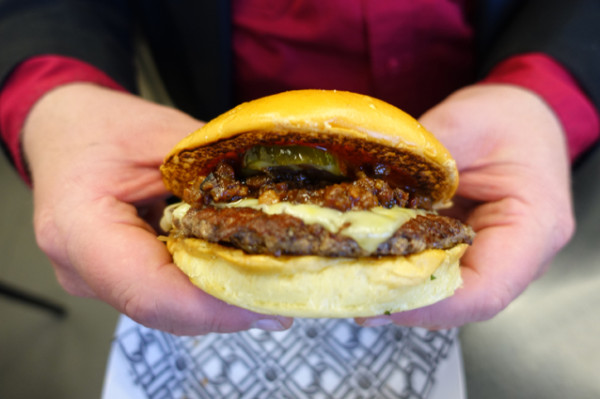 His burger eats better because the wetness of the bacon maple jam works better against the dry toasted bun and thin beef patty that isn’t quite as juicy as some others around town.

There’s something less satisfying for me about eating a burger I’ve designed myself than leaving it in the hands of a chef who has come up with tried and tested combination. Pricing each item individually is off-putting for me because I enter into an internal debate about how much I want those onions when really, every burger should come standard with them. While I might head back to another BL outlet to remedy my mistake and finally eat Blame Canada, I doubt I’ll return to Loaded by BL.