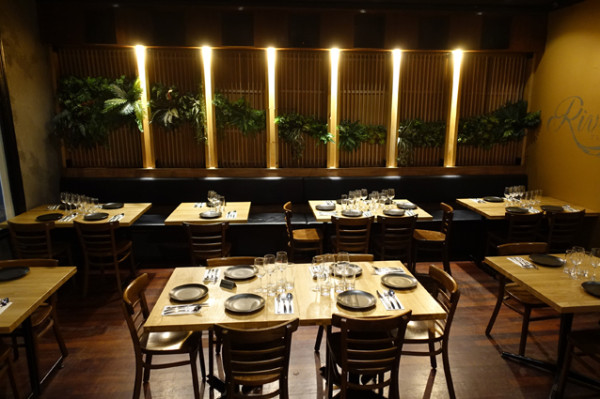 You’d be forgiven for thinking Thai food in Sydney had past its heyday. Despite pockets of authenticity and resistance, including the arrival of regional Thai cooking from the Isaan region in northeastern Thailand, it seems to have mostly been relegated to the domain of the $9.90 pick-your-protein green curry lunch. All this is a far cry from the heady days of Kings Cross and the temple of Thai gastronomy, Darley Street Thai, which fed into a cluster of Thai restaurants that drew upon its work. 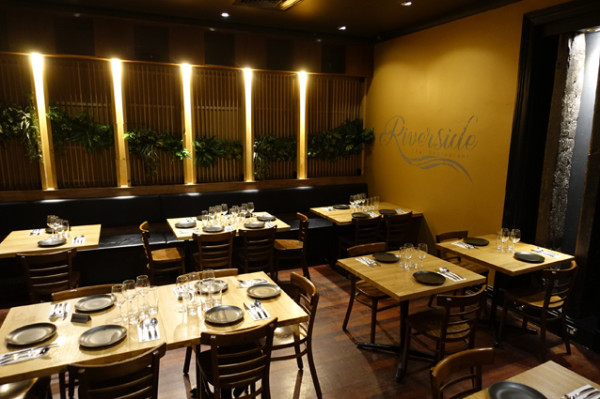 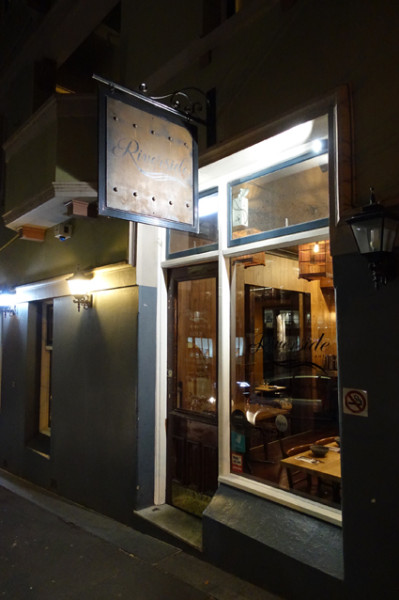 The choo chee Moreton Bay bugs at Tuk Tuk Thai (who took over Darley Street Thai’s former digs) and the rose petal and banana flower duck salad at Lime and Lemongrass both live on in my memory because they’re Thai dishes that have rarely been surpassed. I’m pleased to say that Riverside Thai in Pyrmont represents a return to the texture, class and sophistication of Thai food that I remember. And funnily enough, the sadly defunct Lime and Lemongrass was the first Aussie Thai restaurant that owner/chef Paul Kanongdachachat ever worked in. 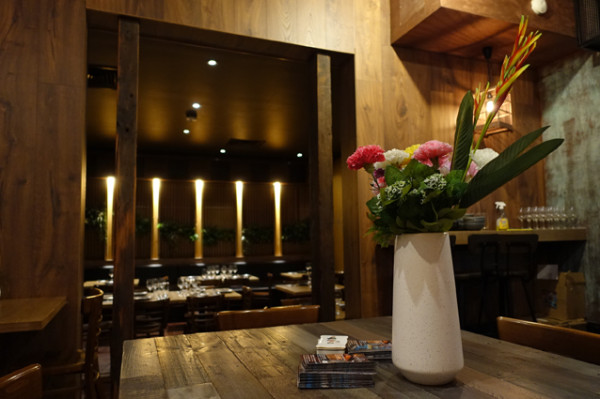 Kanongdachachat, who has also worked as an architect, has brought both of his skill sets to bear in this nicely appointed restaurant in Pyrmont. Organic materials and soft moody lighting provide a fitting backdrop to let his beautifully presented Thai dishes be the stars of the show. 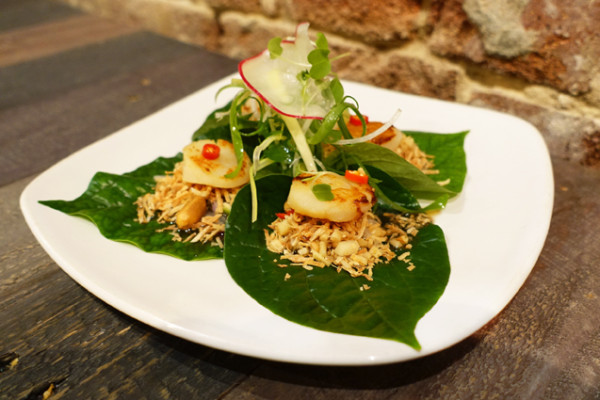 Kick off with Mieng Kham ($12.90) - lightly grilled Japanese Hokkaido scallops on betel leaves. They’re made texturally interesting with a mound of shredded coconut, ginger, peanut, Spanish onion and lime, that gives you an all-of-mouth workout with clean, bright, fresh flavours that don’t subsume the hero protein. 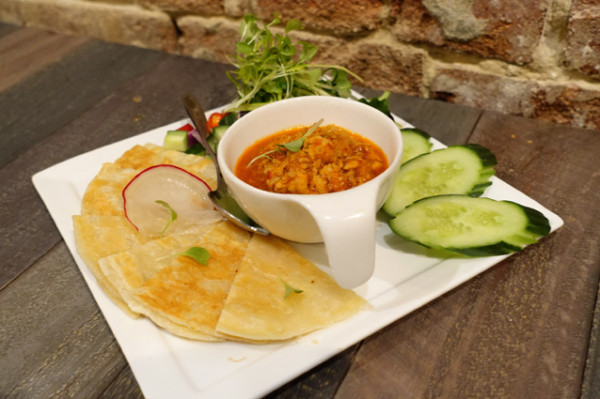 Kanongdachachat, who hails from the mountainous Chiang Mai in Northern Thailand, draws upon his home region in the Roti Gallery ($12.90). The little pot of pork mince and cherry tomatoes is like a tasty, Thai-style bolognaise that you smear and consume on the accompanying roti. 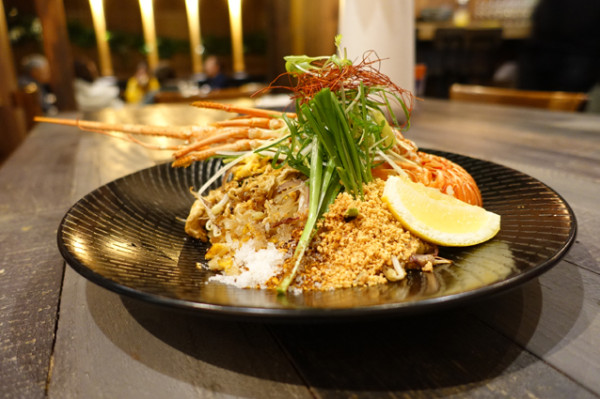 Celebrating premium ingredients but keeping an authentic Thai flavour palate, the Pad Thai Lobster ($35.90) is based upon a Royal Thai cuisine recipe from Kanongdachachat’s own grandmother. The presentation is on point, with a half lobster presented in the shell on one side of the dish. 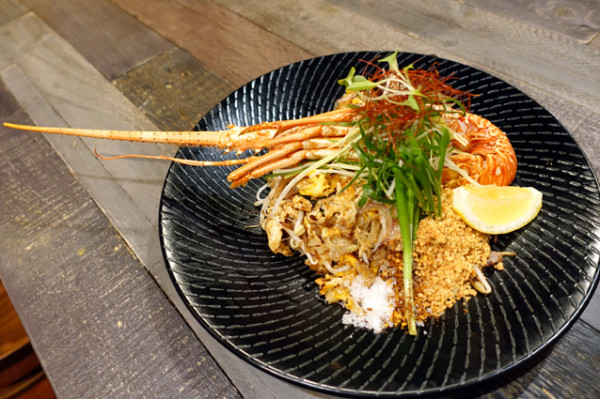 Crisp greens and sour radish keep the medium sized noodles from being too claggy. Egg and tofu are particularly well handled, though I would have liked the crustacean to have had fractionally less cooking time. All in all, a tasty dish that we found it hard to stop eating, despite the generous portion! 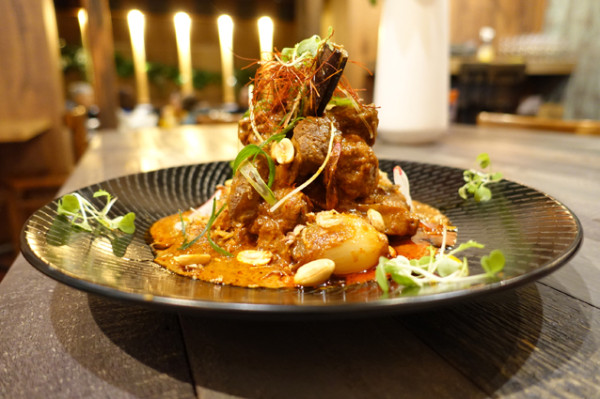 Equally good looking, the Massaman Osso Bucco ($29.90) is rich and fragrant with cinnamon and star anise. The flavours are bright, achieved by the kitchen creating a fresh curry paste every time. The dish has sweetness, but it is well balanced with heat. They’ve also avoided the sloppy sous vide protein trap, by simply slow cooking the veal shinbones to retain texture in the meat. Scoop out the marrow and you’ll definitely die happy. 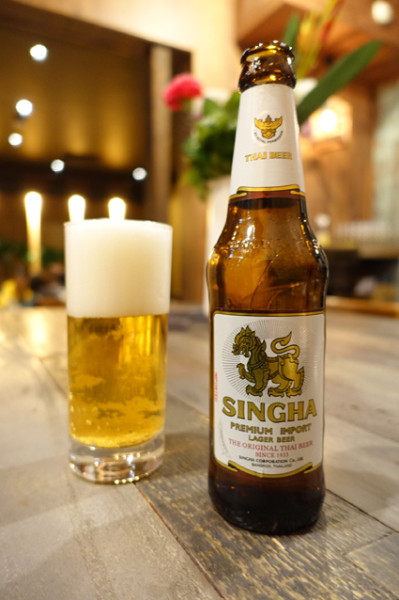 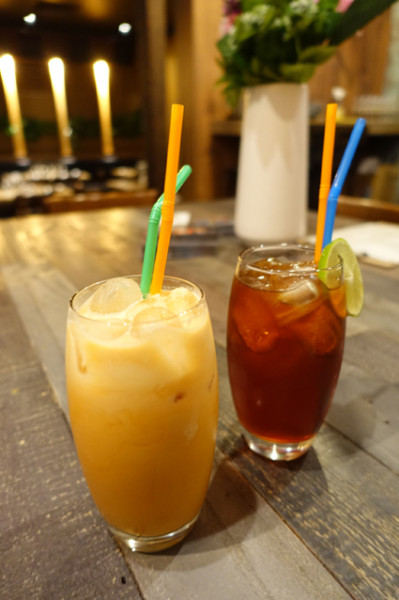 Being a weeknight, I accompanied my meal with cold Thai Lemon Tea ($5.50) and Thai Milk Tea ($5.50). The latter was my favourite, with lovely tannic notes tangling with super sweet condensed milk, making it a great chilli neutraliser. My dining companion availed himself of their bottled Singha Beer ($7). Riverside Thai really made me want to welcome back Thai food into my regular dining repertoire. I’ve got half a mind to make the trek to San Souci to road test Kanongdachachat’s street food restaurant, Khluk Street Food; so watch this space…