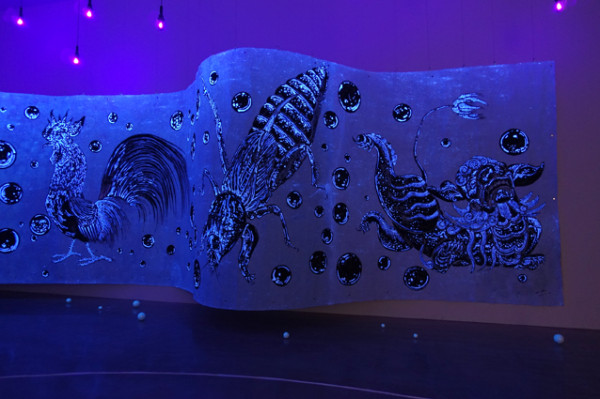 Over the last few weeks I’ve been exploring the intersection of art and eating across a series of events at three different arts centres. At the Museum of Contemporary Art Australia, I popped in to see the Sun Xun exhibition, which runs from 9 July to 14 October 2018. 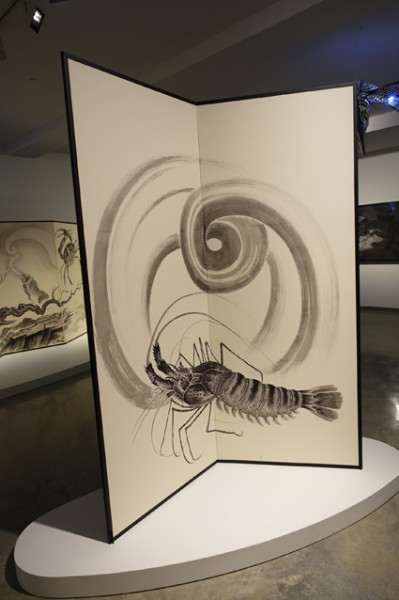 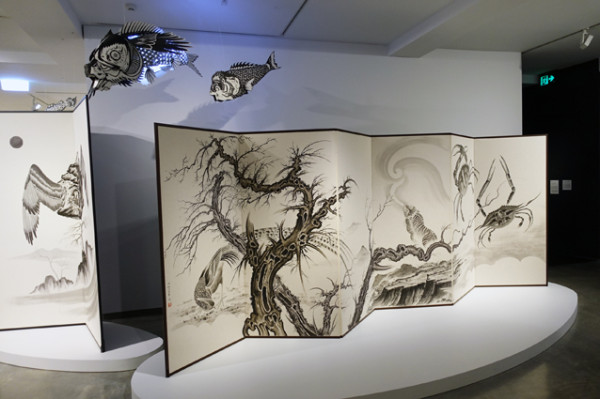 Sun Xun was born in Fuxin, China just after the end of the Cultural Revolution in 1980. Wanting to make films but lacking the funds for a camera, he began making stop-motion films using traditional mediums – ink paintings, charcoal drawings and woodcuts. You’ll see all three elements, along with several of his animations, spread across two different gallery spaces on the first floor of the museum. 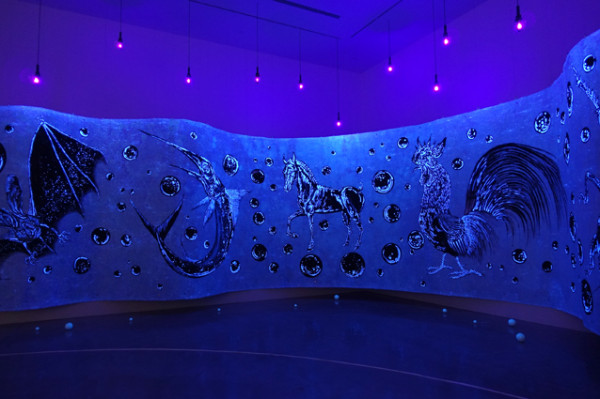 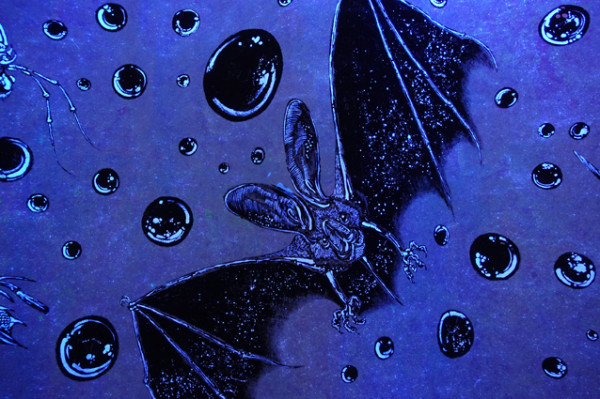 While the super-sized neon-lit works commissioned for his first Australian exhibition, are certainly impressive – check out Manic Universe (2018) done on 40 metres of handmade mulberry bark paper - what really captured my attention were Sun Xun's drawings. 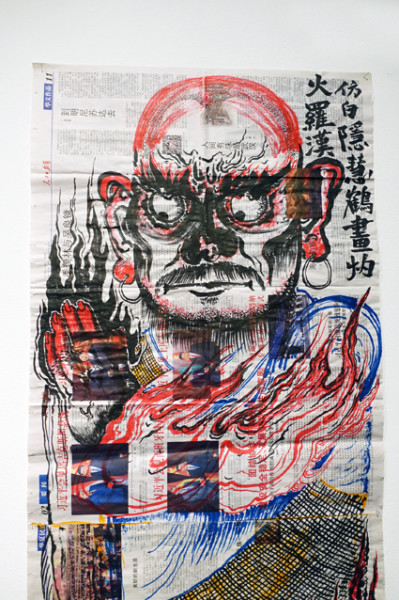 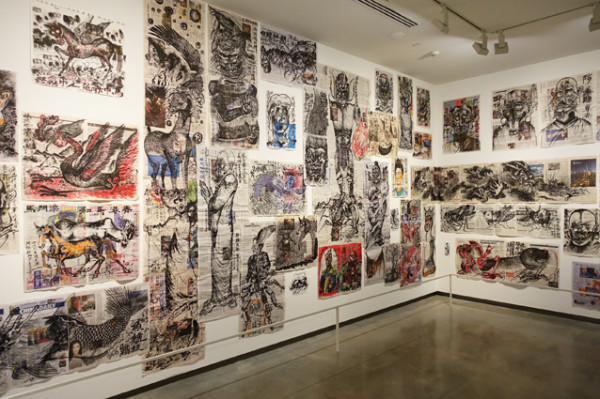 Presented on the pages of free airport newspapers, the drawings sometimes respond to the stories the newspapers contain, other times they’re just art for art’s sake. It feels like an appropriate response to the decline in the quality of newspapers in recent years, as well as showing that Sun Xun is a prolific globe-trotting artist who is clearly consumed with an urge to create. 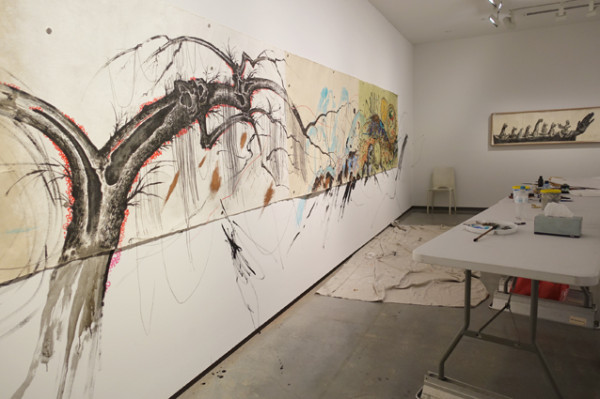 Sadly at the time I visited, the urge to create didn’t strike him, so his live art station was sitting idle. 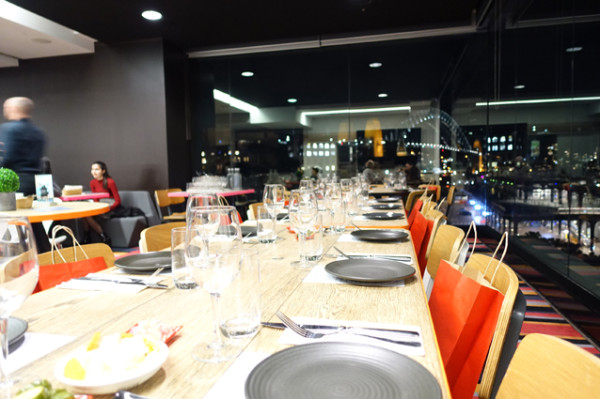 Instead we took a ride up to Level 4 and the MCA Café, where Head Chef Keith Higginson has also been struck with an urge to create. Inspired by the Sun Xun exhibition, Higginson has given the daytime café menu a bit of a South East Chinese makeover for the winter months. 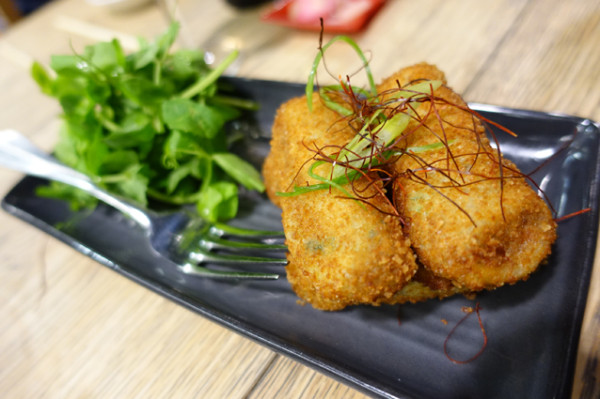 While you can still get your usual favourites, running from a ploughman’s platter, to beer battered fish and chips, you could also wrap your lips around Duck, Shitake & Five Spice Cakes with Chinese Pickles ($17). 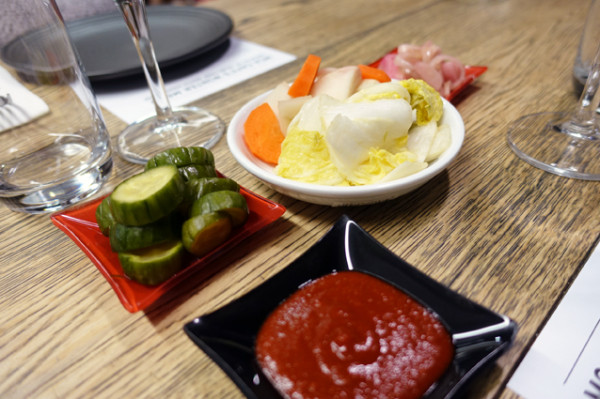 Be warned – they’re pretty compelling, particularly when dragged through their kick-arse chilli sauce and punctuated with crisp Chinese pickles. 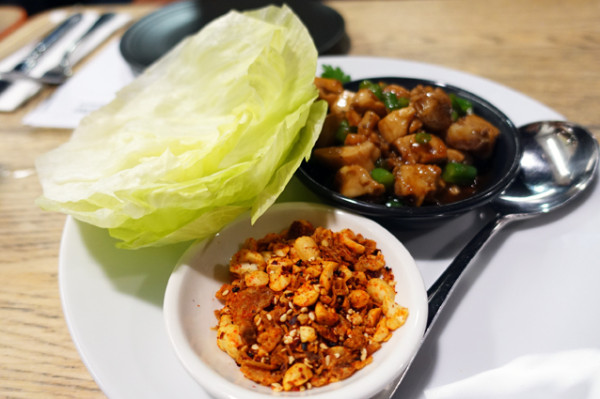 I was also impressed with the heat level on Kung Pao San Choy Bow ($18/4). Here you get a small pot of lightly spicy chicken ready to be wrapped up in crisp lettuce leaves with a dusting of chilli roasted peanuts. 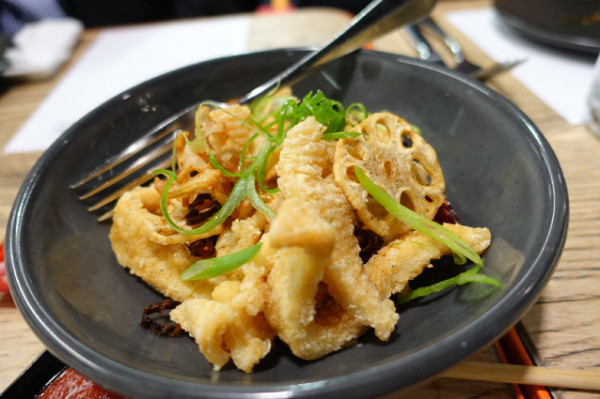 Even the ubiquitous Salt & Pepper Calamari ($18) has been given a spicy update, with deep red dried chilli chunks joining the collection of tender, crosshatched squid and lotus chips, all dusted with Sichuan salt. 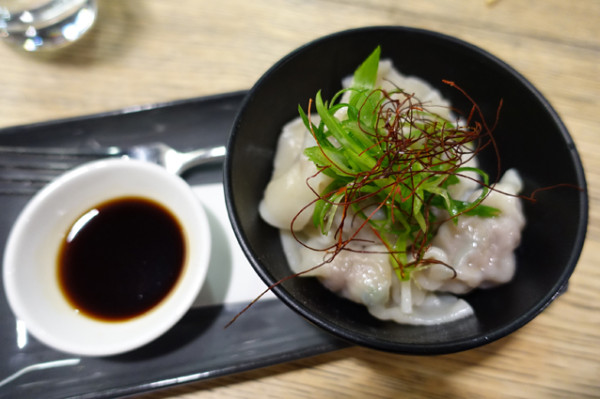 However it’s not all chilli and giggles – for plainer eaters, the Lamb & Cumin Dumplings with Black Vinegar ($12/5), in the entrees will likely appeal. 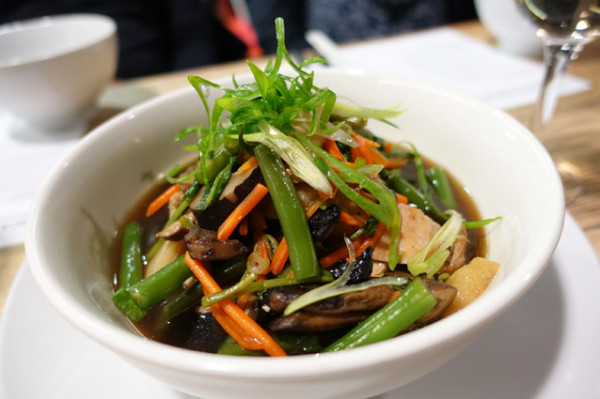 From the bigger bites, I'd probably pass over the Poached Chicken in Fragrant Broth ($26) with water chestnuts, shitake mushroom and water spinach, as it seemed to slide straight past gentle and fragrant into boring. 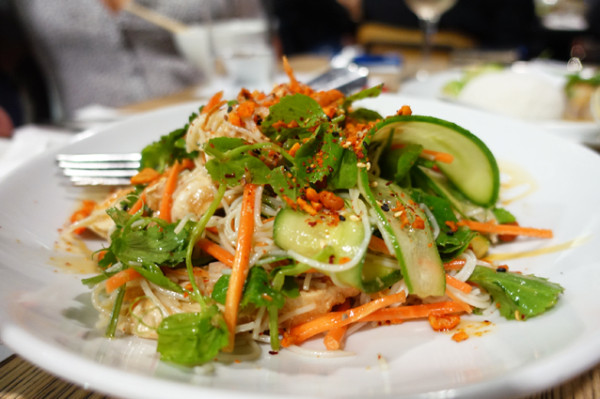 Despite purporting to contain chilli oil, there just isn’t enough going on in the Roast Chicken Noodle Salad ($22). It looks pretty, but my fork couldn't find any reasons to return amongst the hunks of the same bland bird, rice vermicelli noodles, carrot, cucumber, and sesame, enlivened slightly by a whisper of ginger. 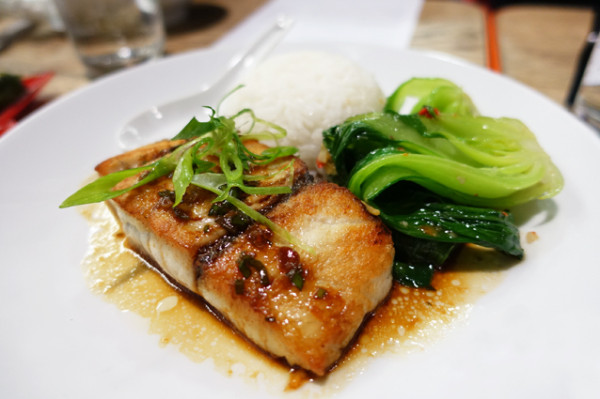 Flavours are better in Roast Barramundi ($32), presented as a whole meal with steamed rice, bok choy and a simple ginger and shallot sauce. 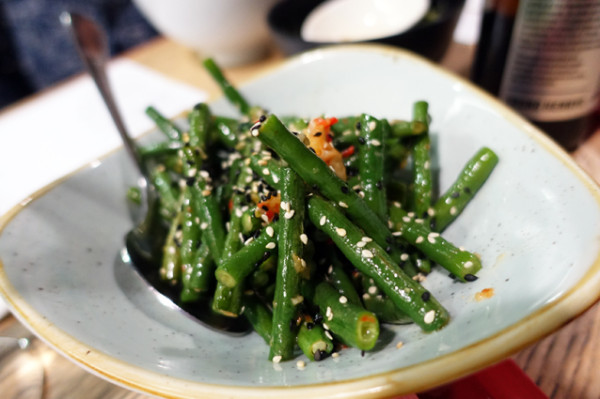 If you like your plates to contain more vegetables than protein, there are also sides of Chinese Long Beans ($10) that you can add on. I'd like to see the green beans given a better blistering in the pan. I also wanted a lot more chilli, but I’m sick that way.