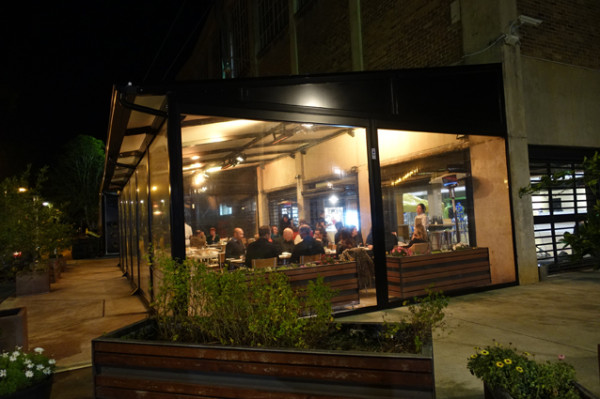 With a new enclosed awning expanding the dining space and staving off the worst effects of winter, Bellbird Dining & Bar moved into night time dining with a bang. The July edition of Eat the Art was the first of two dinners designed to allow head chef, Federico Rekowski and sous chef, Steven Pham, to flex their cooking prowess in a duelling degustation centred upon truffles. 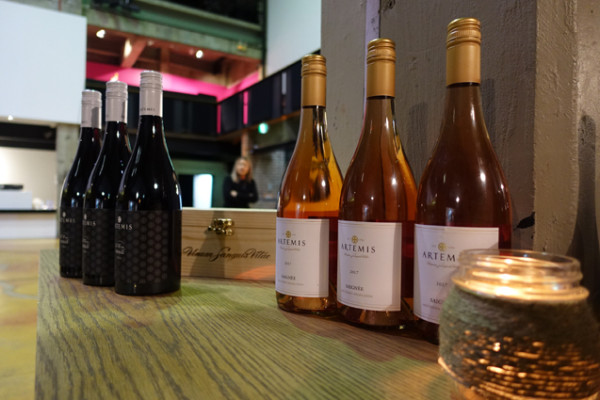 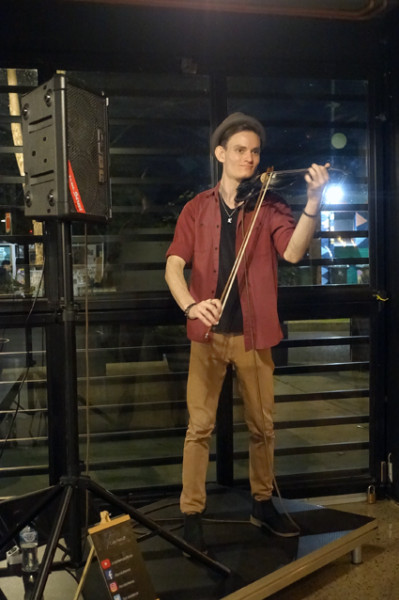 With a shared culinary history at Parramatta’s famous Courtney’s Brasserie, plus Cordon Bleu-training in Rekowski’s case, and time in Stephen Hodges’ temple of fish, Fish Face for Pham, those culinary muscles are particularly well honed. 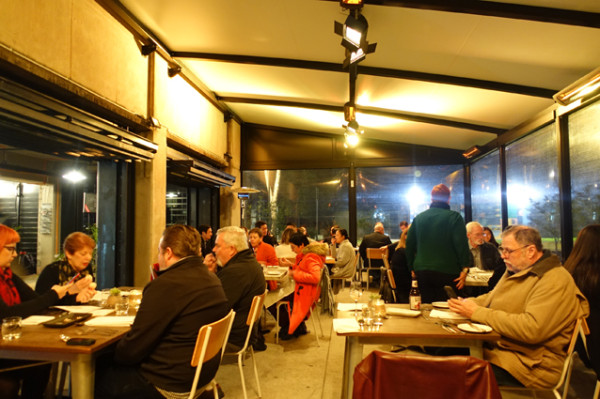 Even so, what unfolded in the softly lit space against a backdrop of live violin and matched Artemis wines, was nothing short of extraordinary. Liverpool: there’s no need to travel to the big smoke for degustation dinners anymore! 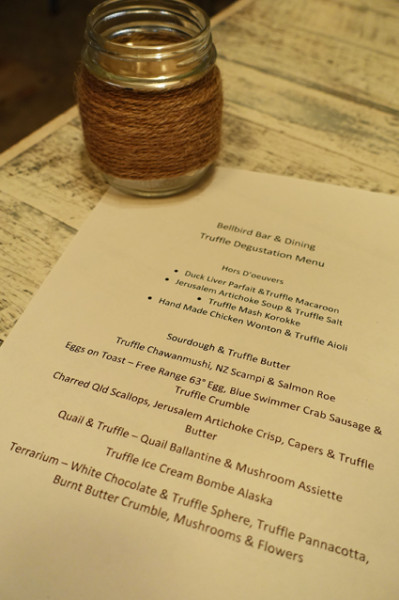 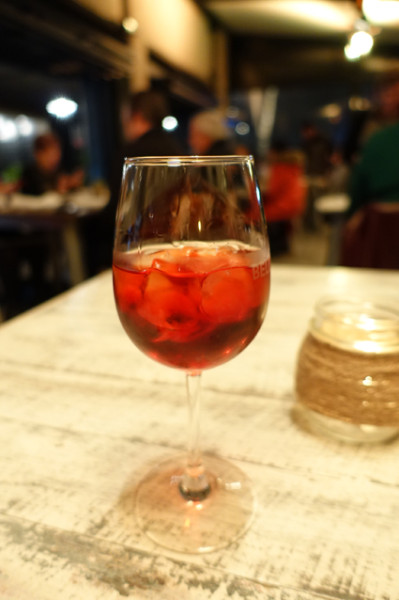 The experienced kitchen quickly got the full house settled with a series of hunger-quelling bite-sized snacks. At the same time, floor staff – most of whom were serving their first ever degustation – rustled us up some aperitifs. In my case, that was an Archie Rose Negroni ($12), while my dining companion boosted his energy with their soft Espresso Martini ($12). 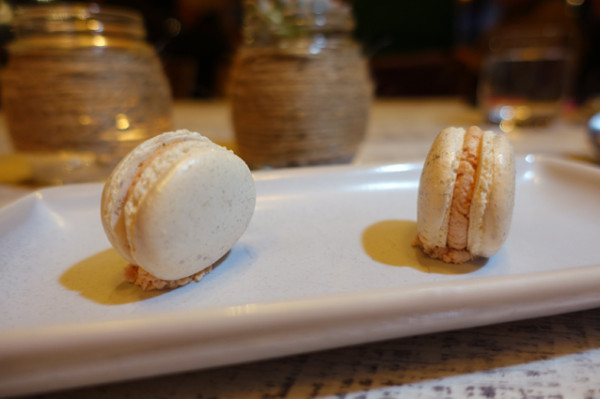 Cool weather made Rekowski’s opening duck liver parfait macaron a particular treat. The well-set liver parfait came up beautifully before the meringue disc’s sweetness cut in, followed by a hint of earthy truffle. With aroma making up so much of the truffle’s pleasure, I was pleased to see Pham circulating with whole black truffles under a glass cloche for diners to get a whiff. 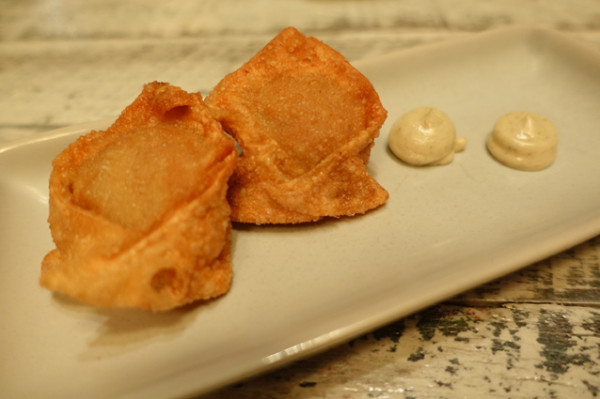 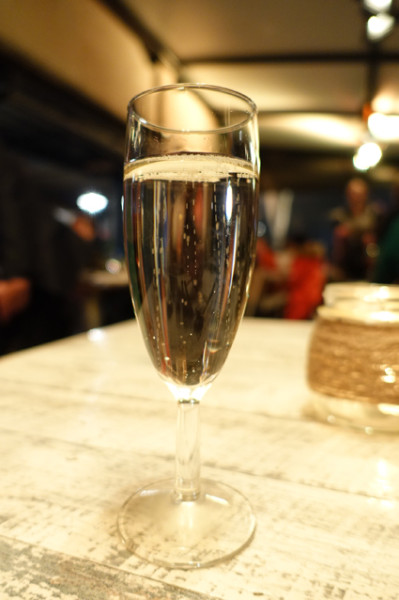 I was even more pleased to meet his updated chicken wonton, which not only modernised the interior into something textural and pleasantly pink; it also showcased the Canberra truffles beautifully when dragged through the earthy, truffle aioli. Bubbles and chicken are an easy match, and the 2017 Artemis Sparkling Riesling ($35/bottle) made in the Germanic style with some residual sugar balancing the Riesling’s acidity, is particularly good with the wonton. “We try to be as locavore as possible, and that also plays out in the beers, wines and spirits we serve here,” Casula Powerhouse Director, Craig Donarski, said, by way of introducing Mark Balog, who co-owns Artemis Wines with his brother, Anton. 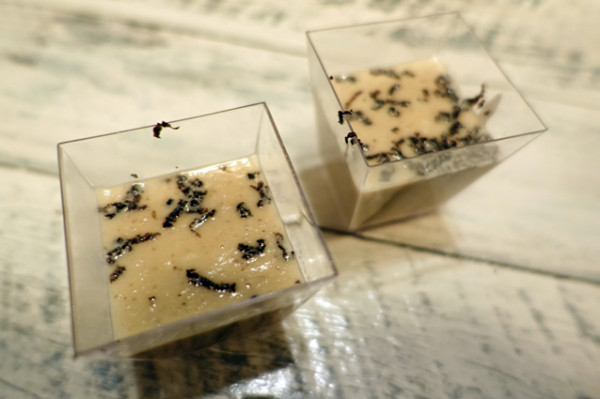 The locavore angle, of using foods that are obtained close to the place they’re served from, continues into a truffle-dusted Jerusalem artichoke soup made on tubers from the restaurant’s own kitchen garden. “The garden supplies over 60% of produce we use in our kitchen,” explained Donarski in his introduction to the dinner. 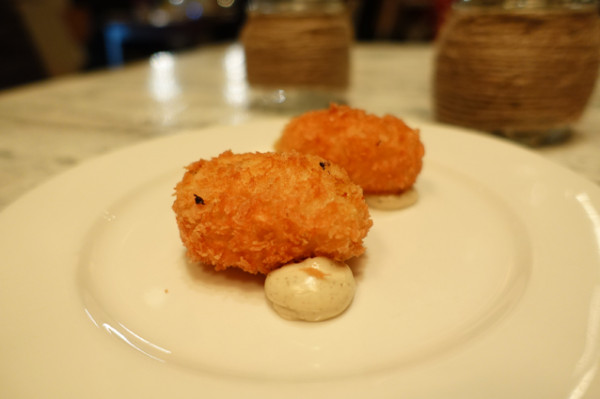 Korokke is the Japanese name for what the French would call a croquette. It's one of the few pieces of culinary jargon on the night's menu, but I appreciate learning a new term. The canape in question is made from a delicate truffle mash dragged through more of that addictive truffle aioli. The simplicity of the potato really lets the funky aioli shine. 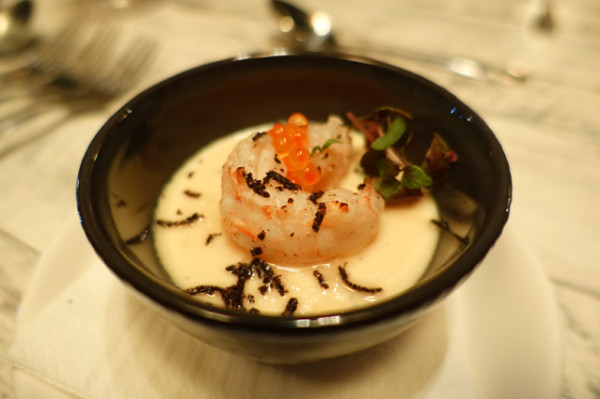 The Japanese word chawanmushi is familiar to me because I adore these little pots of savoury custard. This one is topped with beautifully cooked New Zealand scampi that remains nice and creamy inside, and burstable pearls of salty salmon roe. Lifting the little bowl to your nose allows you to really appreciate the aroma of the sought-after fungi. 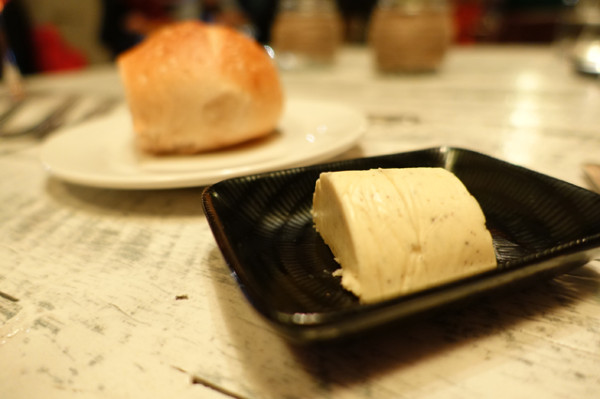 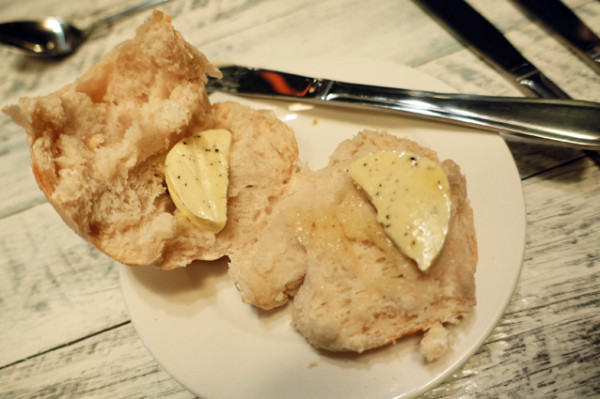 “A lot of the wines we make at the winery are very acid based and crisp,” explained Balog when introducing our matching beverages. His 2017 Artemis Pinot Grigio ($25/bottle) shows off that acidity against lime, white peach and some flinty minerality. It's pleasant enough to sip as we get stuck into warm bread rolls generously slathered with truffle butter. 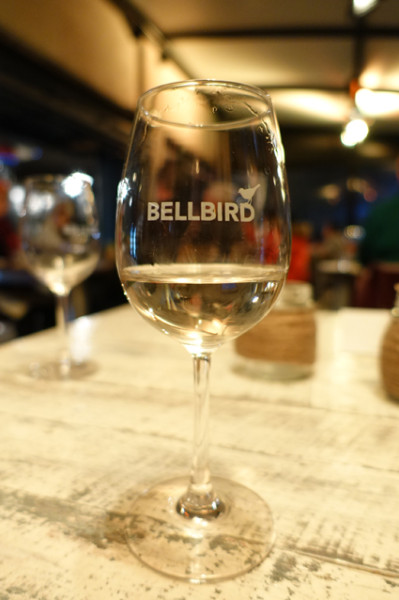 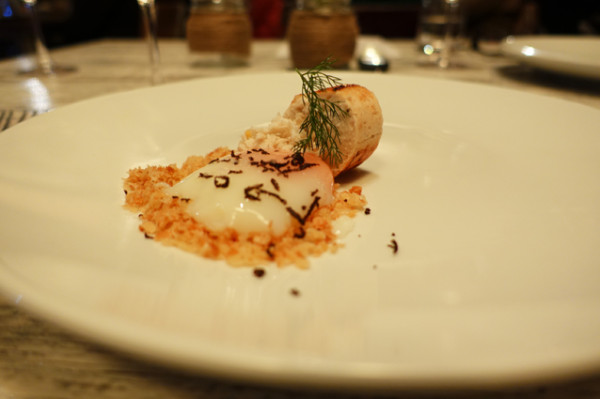 For something to savour, the 2017 Artemis Chardonnay ($30/bottle) is a surprising and well-priced Chablis-style wine. Toasty French oak is kept from dominating the wine's fruit by a partial ferment in stainless steel. The oak disappears when paired with eggs on toast, which was my surprise favourite of the night. The gelatinous just-set proteins of a 63-degree egg played beautifully against crisp breadcrumbs and the sweetness of a hand-picked crab sausage. Topped with grated truffle, it eats like a late night breakfast dish you’d only get by going home with a fancy chef. Incidentally, the truffle's pungent, musky aroma also reminds me of humanity and sex. 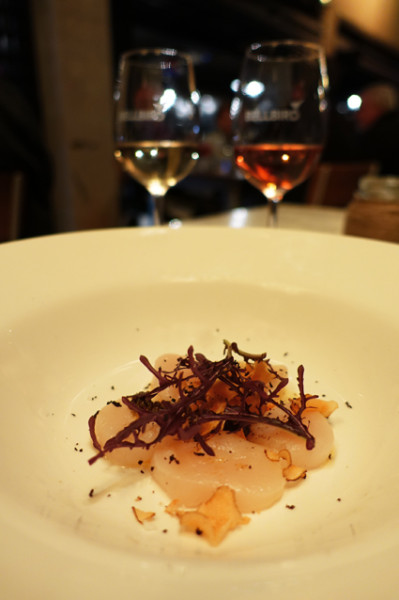 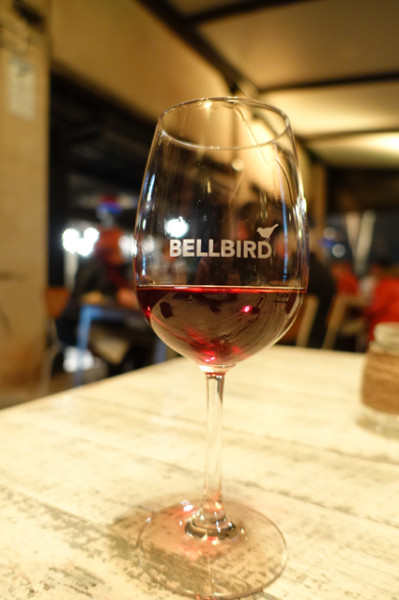 Just when I thought it couldn’t get any better, Rekowski sucker punches me with Queensland scallop carpaccio. The plump bivalve mollusks have been kissed so lightly with a blowtorch the cooking is hard to detect. With a coating of truffle butter, they slide seductively down your throat, with crisp capers and Jerusalem artichoke chips stopping it from being too rude. It’s a  perfect dish, and I almost didn't even notice I was eating it with the 2017 Artemis Sauvignon Blanc ($25/bottle) without hating it. This sauv. blanc tastes of cut grass rather than cat piss on a gooseberry bush or the burp-inducing passionfruit that has made me hate all the New Zealand clones of this grape varietal. I'd have probably drunk more of it, had the winemaker not delivered me the 2015 Artemis Close Vine Pinot Noir ($45/bottle). 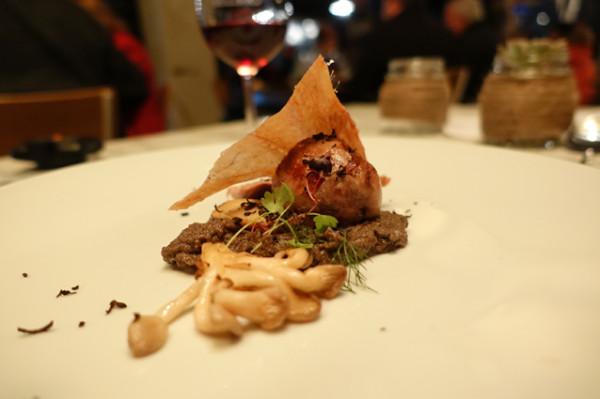 This ruby red wine is a cracking example of the Southern Highland’s newfound success as a pinot noir region. It has got plum pudding notes, some green characters from being whole bunch fermented, and a driving line of chesterfield leather-like acidity. I bought a bottle to take home at the end of the night. It was paired with the best quail ballotine I’ve tried. Rekowski had clearly very carefully ensured each egg-like ballotine contained a mix of light and dark quail meat before setting them in the sous vide, then finishing them with fat in the steam oven. The accompanying mushroom assiette (mixture) included a full-flavoured duxelle, toothsome shimeji mushrooms and more grated truffle. 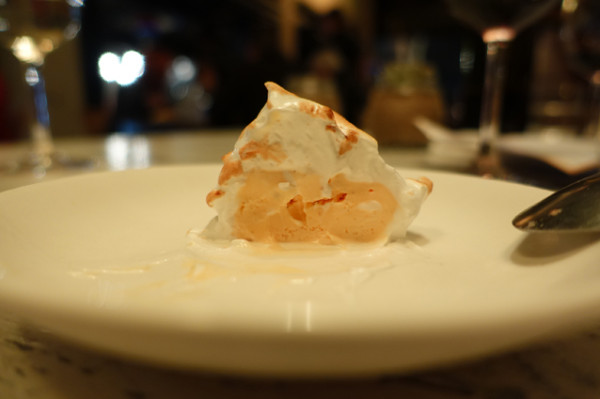 By the time we got to the bombe Alaska, most of the diners were grinning. Cutting open the scorched soft meringue revealed the richest and most decadent truffle ice cream I’ve tried. With the centre containing more egg yolks than I care to think about, and the exterior made from egg whites, the pre-dessert was also a cleverly deconstructed and reconstructed egg. 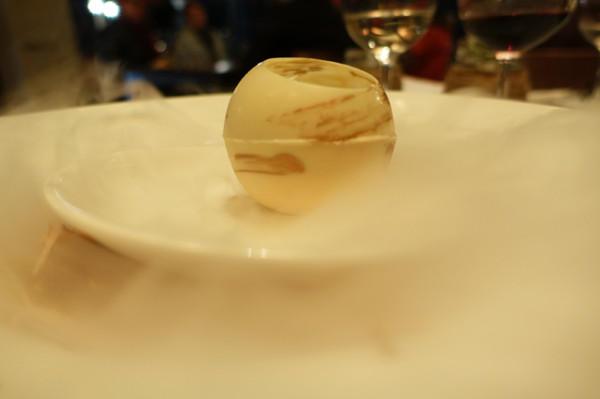 While I probably would have liked to eat a few more vegetables, one does not come to a truffle dinner for carrots. As eye-catching white chocolate and truffle terrarium spheres floated across the dining room in a cloud of hay smoke, I couldn’t help but think there had been more than sufficient fanfare and value for my $120 spend. 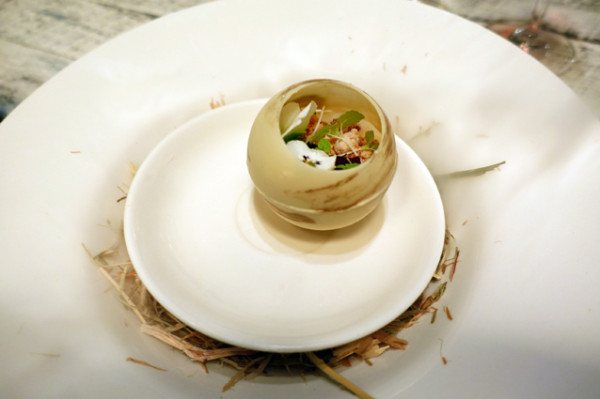 The quality of this dinner was easily over a hat, folks, so why not stay in your ‘hood and stay and dine where you can afford to get a cheap taxi home.