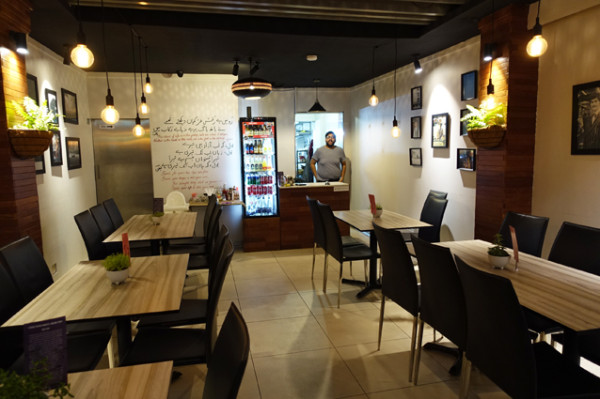 Dining at Kurrachee was a chance to reflect upon what little I knew about Pakistan. Living, as we do, in a former British colony, the tremendous upheaval created by the British Partition of India in 1947 was glossed over during my education. 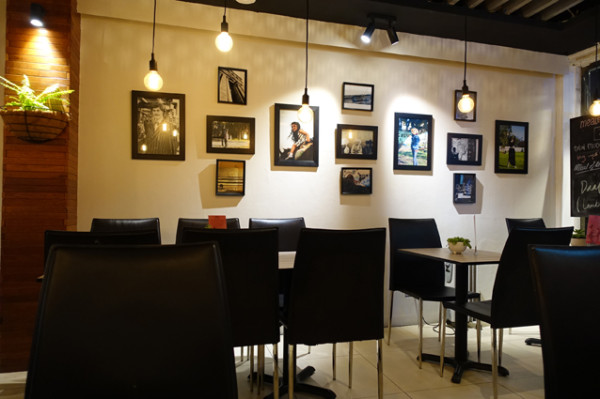 Dividing the Indian subcontinent into two separate states, India and Pakistan, triggered riots, mass casualties (estimates of the post-Partition death toll vary between 200,000 and 2 million) and the displacement of millions of people. Designed as an independent homeland for Indian Muslims, post-Partition Pakistan was far from trouble free. In 1948 there was a war with India over the disputed territory of Kashmir, and in 1971 a civil war broke out over East Pakistan attempting to secede. With the support of India, East Pakistan later became Bangladesh. 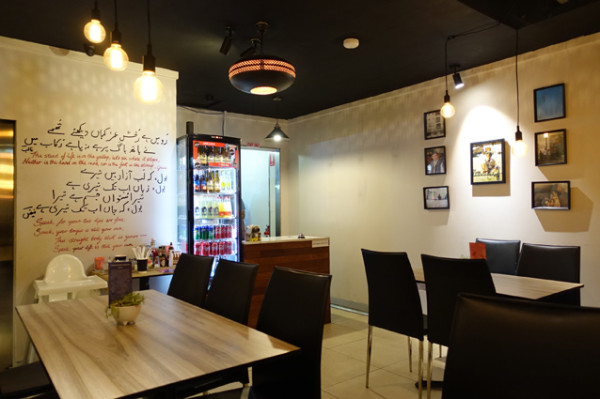 What all this means in terms of food, is that Pakistani cuisine is basically North Indian cuisine that was isolated and thus evolved independently. For Pakistani Australians, like Kamran Ahmed and his family, this can make dining in Sydney’s North Indian restaurants a bit of a letdown. “This is not what Pakistani food is,” he explained. Their three-month-old Newtown restaurant, Kurrachee, is an attempt to present the kind of Pakistani food they eat at home.

As for its authenticity, the dishes are authentic to the family’s long story of migration that began in Agra in North India, then (after the Partition) moved to the coastal city of Karachi in Pakistan (formerly known by the occupying British as Kurrachee) and finally here to Australia. 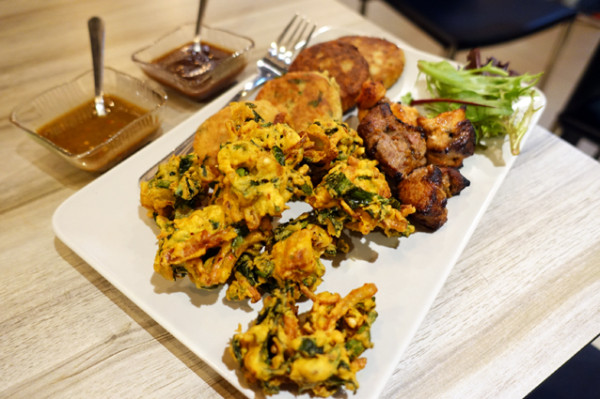 We kick off with a mixed entree board that wasn't on the menu, though they do offer Vegetarian ($17) and Meat ($24) platters. You can also choose well-priced individual entrees, like crisp Cholay Chaat ($7) made from chickpeas topped with onion, tomato, and coriander, sprinkled with chaat masala. They are very similar to the pakoras I grew up eating as a kid. We also try two types of pan-fried potato patties, Aaloo Kebab ($8), which are vegetarian, flavoured with mild chilli, coriander and cumin seeds, and the creamy Zuby Kebab ($10) that are made tastier with the addition of shredded lamb and black pepper. All of these items can be dipped in either of two sauces, one is made of sweetened tamarind, while the other, more traditional sauce, contains tamarind, mint and both red and green chillies. Both have their place. 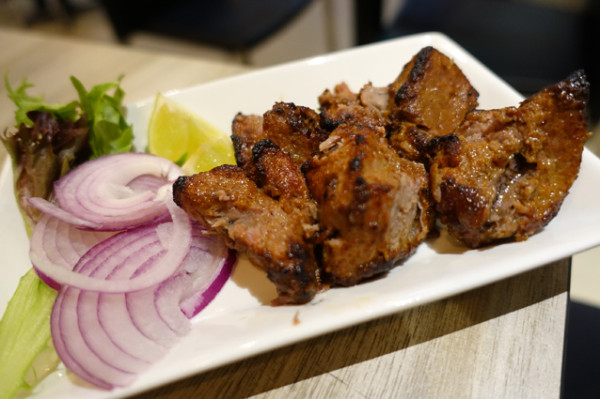 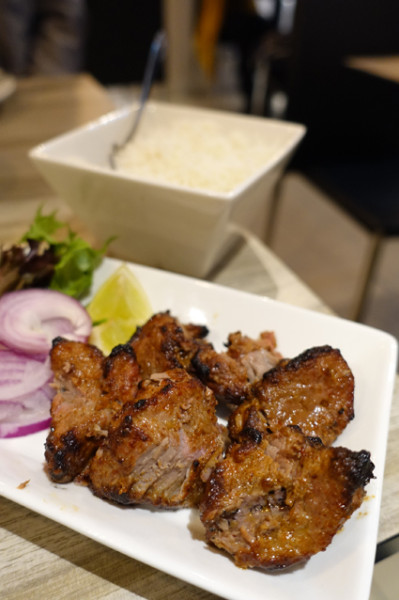 In the cooking you will find a lot of influences from Pakistan’s other neighbours, like Afghani-style Lamb Skewers ($20) though here they are cooked in a tandoor oven, rather than over hot coals. A papaya marinade makes the lamb super tender, though I’d personally like to see it have a shorter treatment than overnight - I prefer more bite left in my nicely charred meat. 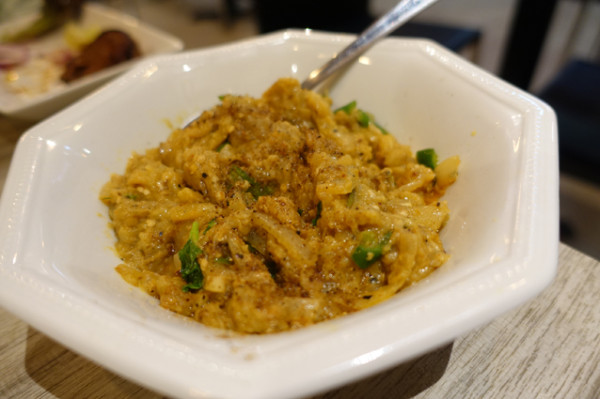 Smokiness is a highlight in Baigan Bhurta ($15), a mashed eggplant dish that tastes quite Persian to me (Iran is another neighbour). I used the leftovers of this dish on buttered toast for lunch the next day, and was very happy with the result. 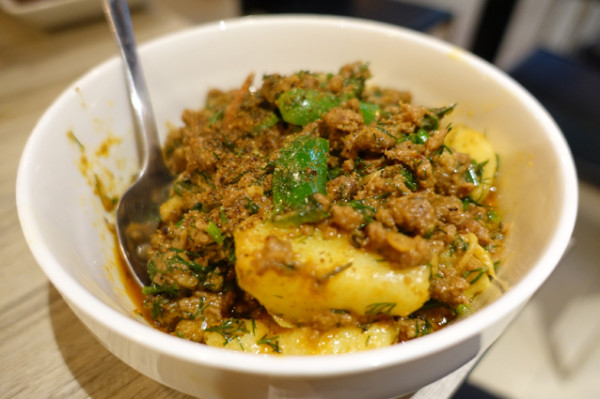 You don’t often see mince used in curries, so I enjoyed eating Aaloo Soya Methi Qeema ($18). It’s a juicy blend of beef mince and hunks of potato, enhanced with the fresh flavours of ginger, dill, green chilli  and fenugreek. The mince itself was nicely textural - I suspect it may have been hand-cut. 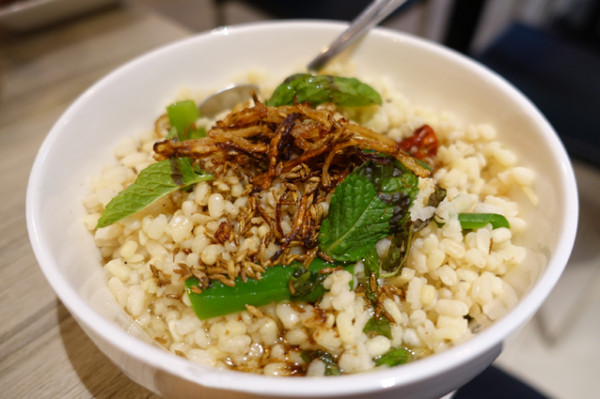 You can eat a Pakistani meal with rice, naan or lentils. The latter, in the form of Urad ($16) or 'white' lentils (they're black lentils with the skins removed), turned out to be the star of my meal. Flavoured with whole red chilli (sadly nothing here is particularly spicy) ginger and mint, then finished off with crisp onions and a cumin seed seasoning or tarka, this vegetable accompaniment is compellingly savoury all by itself. The lentils had a lovely bite. 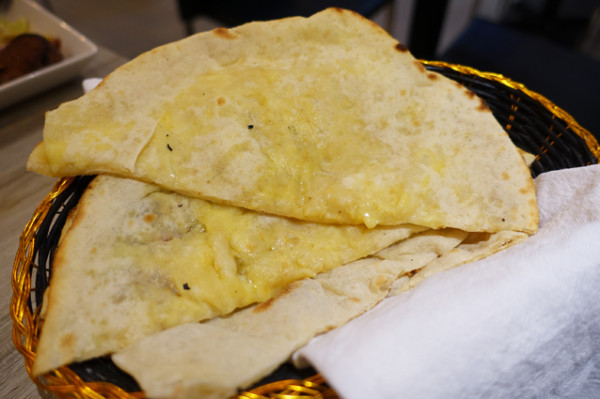 I found Plain Naan ($3) more pleasing than the smoky Cheese and Garlic Naan ($4) because of the subtlety of some of the dishes we were eating. 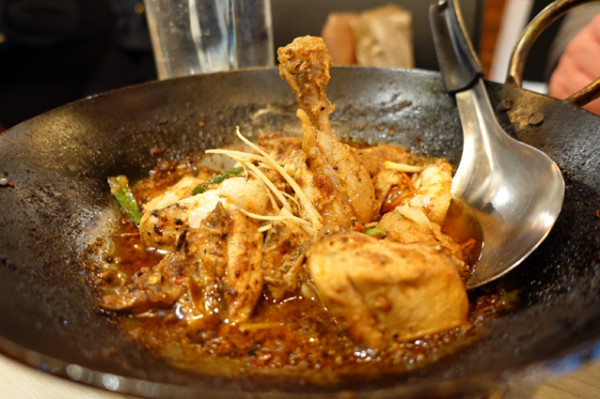 We ended on wok-fried Chicken Karahi ($20). It’s so named because it is served in a deep, two-handled cooking pan called a karahi. This dish is dominated by a big fried chicken taste that has me reaching for my water glass quite often. In more than just looks, it's something I'd more associate with Chinese cooking (they're another neighbour) and I liked that the chicken was kept on the bone. 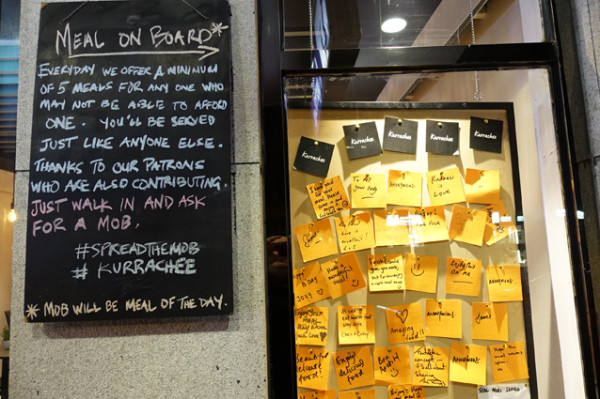 What I really liked about my meal in this modest and friendly restaurant, is the clean, clear flavours with less spice loading than I associate with Indian food. I would happily return to try more things, and to support their Meal on Board program that offers diners short on funds a respectful way to eat for free.

Thanks to AGFG for arranging my visit.