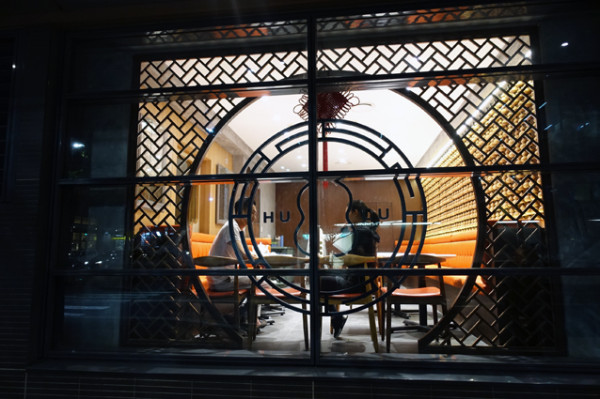 Sitting in the window of his own restaurant, Johnny Wang cuts a stylish silhouette. The entrepreneurial young man opened his first Sydney restaurant at just nineteen under the Bistro Hulu banner, located in the CBD. Two years later Wang moved operations to Crows Nest under the same restaurant name. 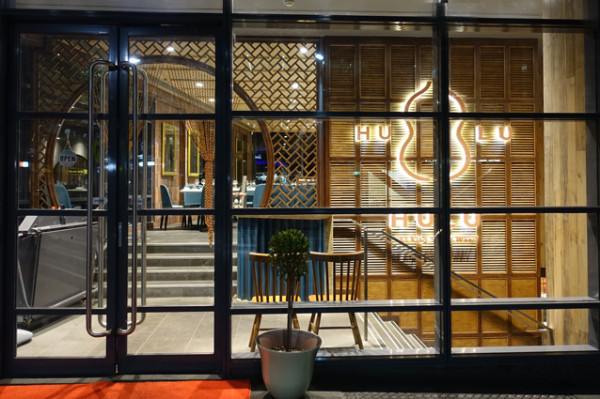 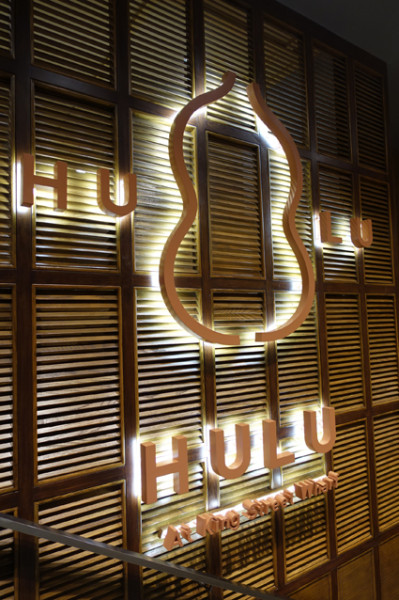 Now 25, Wang has evolved into a whopping 200-seater restaurant that he has dubbed Hulu at King Street Wharf. 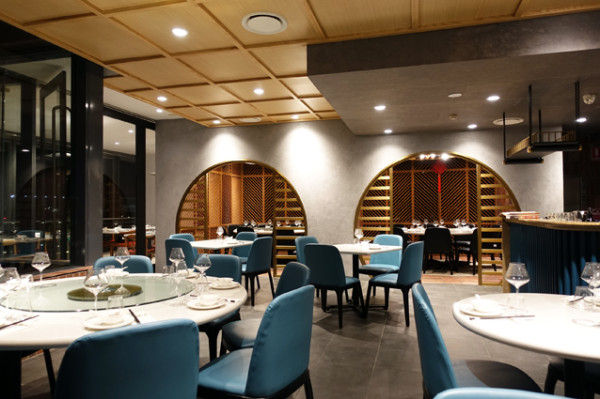 The two-level space is accessed from Lime Street into an elegant glass-fronted dining room ringed with arches that remind me of the large Cantonese eateries I grew up with. 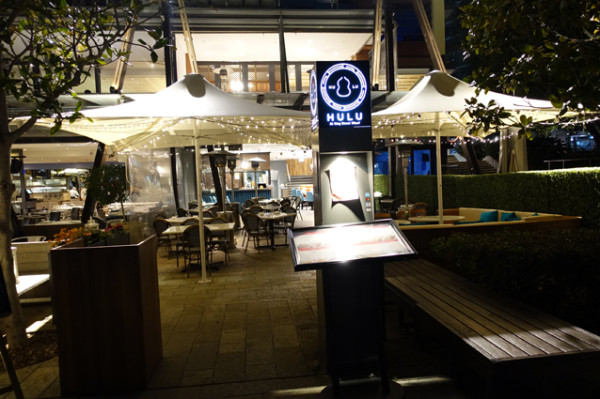 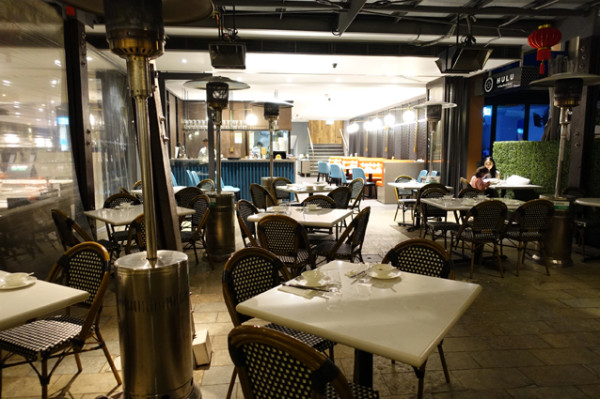 From the wharf itself, you can also enter into an open-air dining area that’s popular even in the grips of winter, and an interior section with three, funky round bright orange padded booths that would be great for intimate groups. 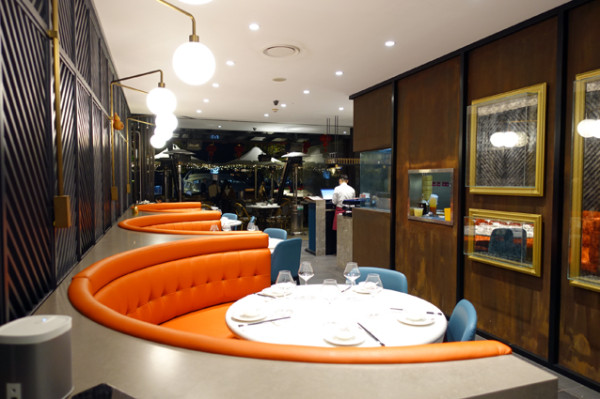 Despite his tender years, Wang has already spent a decade in kitchens, starting as a fifteen year old in a Chinese kitchen. By age 17 he was learning French technique, which he also brings to bear on this modern Chinese menu. 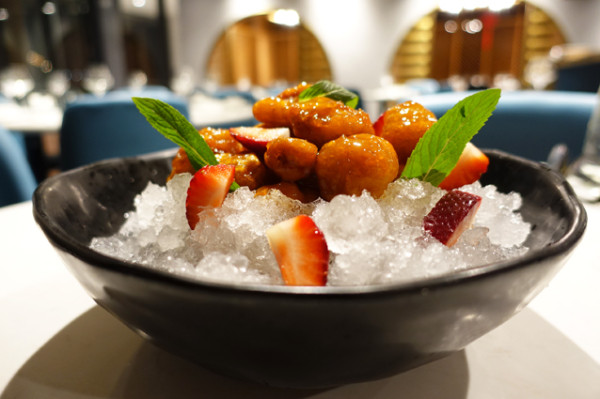 The menu also makes reference to the Aussie Chinese hybrid cuisine most Sydneysiders my age grew up eating on nights when the family went out to tea. If you remember honey prawns or sweet and sour pork with nostalgic fondness, the Sweet and Sour Pork on Ice ($29.80) will likely appeal. The saucing has a sticky sweetness, and the ice bed contributes to a super crunchy battered shell. While it isn’t the kind of Chinese dish I’m normally attracted to, it is very well executed, and presented with top-notch strawberries and mint leaves. 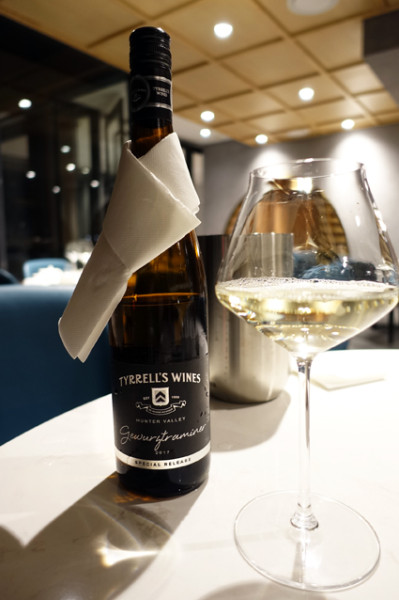 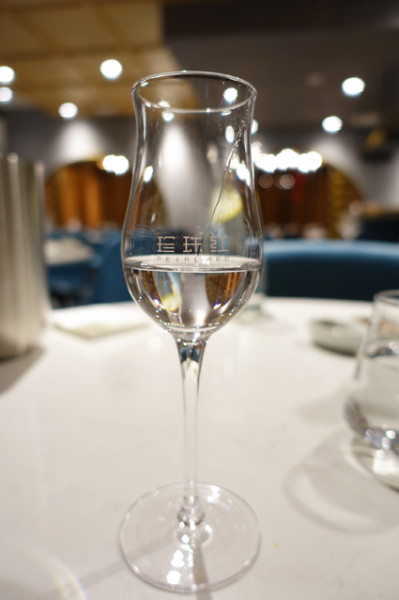 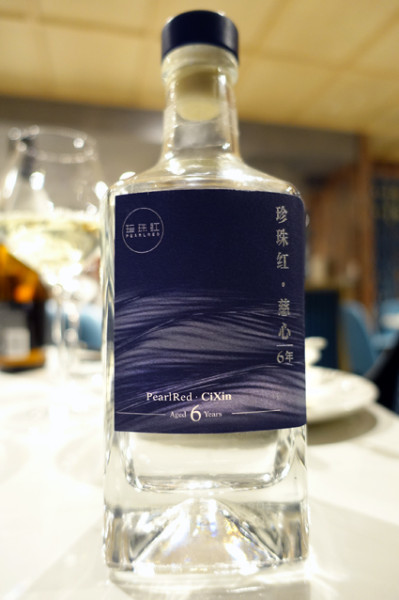 From the very short wine list we chose to accompany our meal with the 2017 Tyrrell’s Wines Gewürztraminer ($52/bottle) that actually proved to be better than I was expecting, and a good match to the chilli in our later dishes. An even bigger surprise is listed under Chinese White Wine ($98/bottle). It’s called Pearl Red and it’s a distilled rice wine that’s probably better classed as a liqueur. It has a surprisingly mellow taste considering it is 52% proof. I personally found the alcoholic burn and flavour much more palatable than baijiu (you might know it by the brand name Moutai). I wish they were selling it by the glass, to get more people to try it. 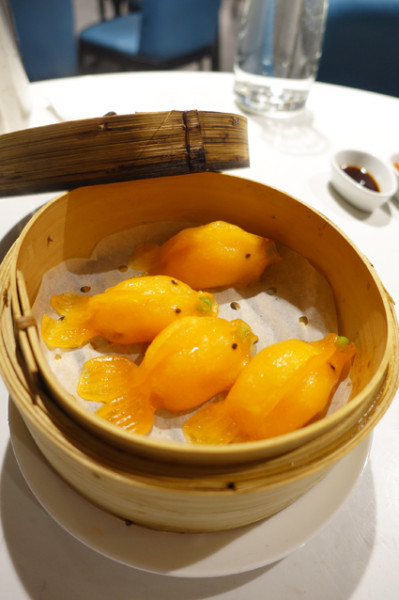 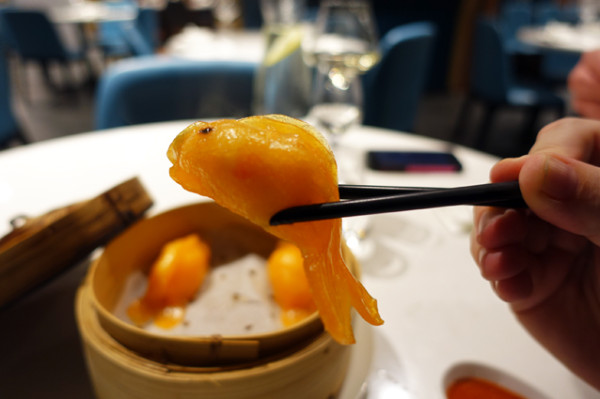 With some rice wine fire in our bellies, bright orange Nemo Dumplings ($12.80/4) slid down with surprising ease. I thought that with so much dumpling skin, I would find them a bit claggy, but I was wrong; their toothsome prawn interiors scrubbed up very well, especially when dragged through chilli sauce. 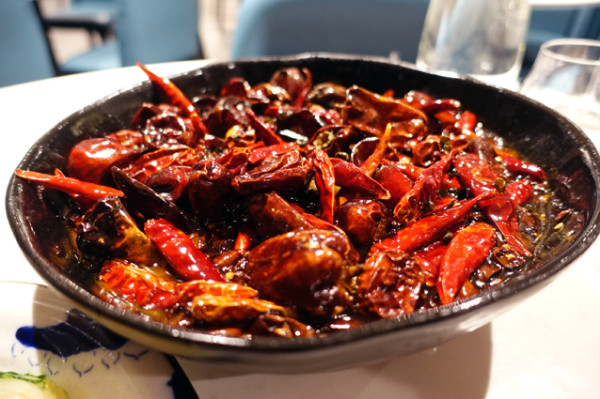 Looking like a witch’s cauldron, our Sichuan Fish in Oil ($32.80), arrives topped with a floating raft of dried chillies. 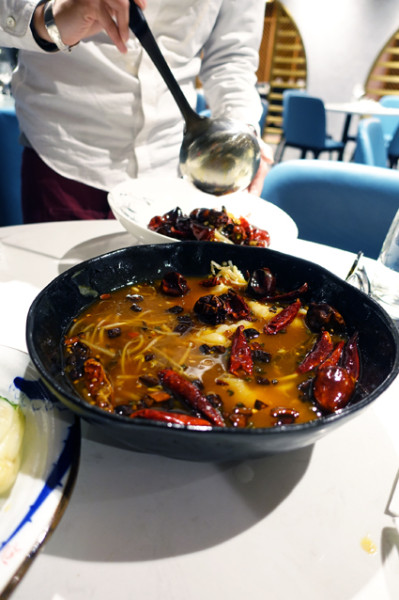 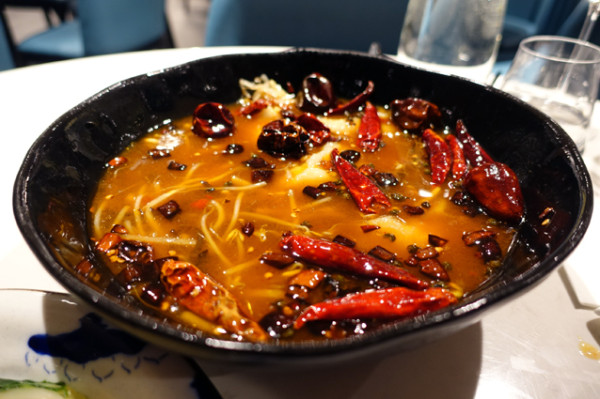 Attentive staff helpfully scoop most of them off before we tackle the soupy mix of tender ling fillets, bean sprouts and slivers of wood ear fungus. 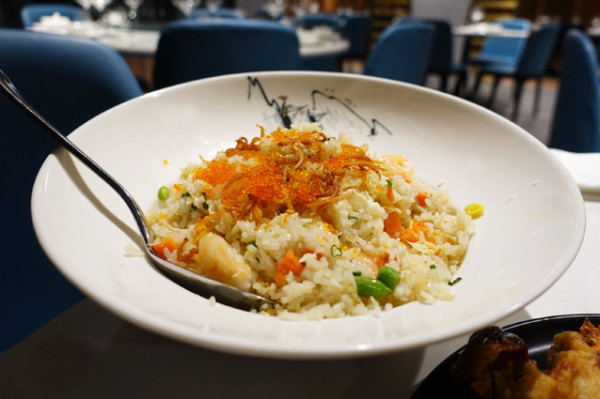 This is a great dish that I really enjoy eating, both on its own, and spooned over Egg-White Fried Rice ($24.80) dotted with fish roe. The fried rice incidentally is great too, with well separated grains and no oil slick, in fact it's easily the best fried rice rendition I’ve had in years. 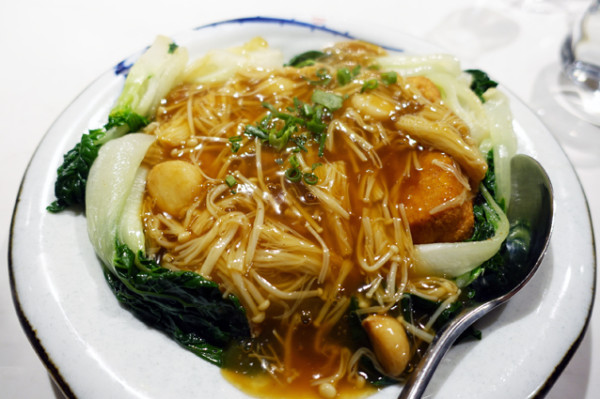 A house-made slab of Tofu ($26.80) scrubs up well under a silky corn flour thickened egg white sauce strewn with enoki mushrooms. Baby bok choy add some greens to our mostly green-free meal, however it’s the way the fried tofu skin parts to reveal a white, softly yielding interior that makes this dish a star. 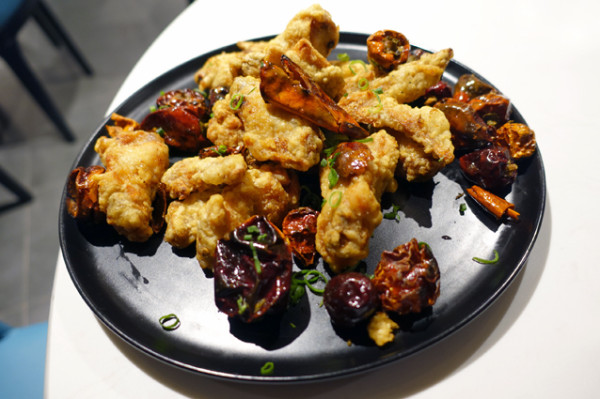 It’s also good to use as punctuation with some of the spicier or saltier dishes, like the Shandong Style Kung Pao Chicken ($28.80). Made on wings, including chewy wing tips, this is compelling - but as I hinted, thirst-inspiring - dish that perhaps represents poor value for money on the plate. Wang is clearly adept at keeping his food costs low, and who can blame him, I'm sure King Street Wharf rents are soaring. 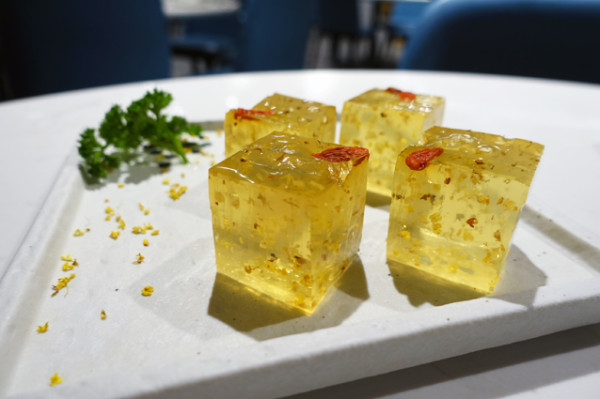 Osmanthus Cake ($10.80) jelly cubes are an eye-catching way to finish, but they do seem to be almost flavour-free, bar from a single chewy goji berry. While I would have personally liked something more flavoursome, the wobbling cubes of jelly do summon those nostalgic suburban Aussie Chinese meals of my childhood once more.