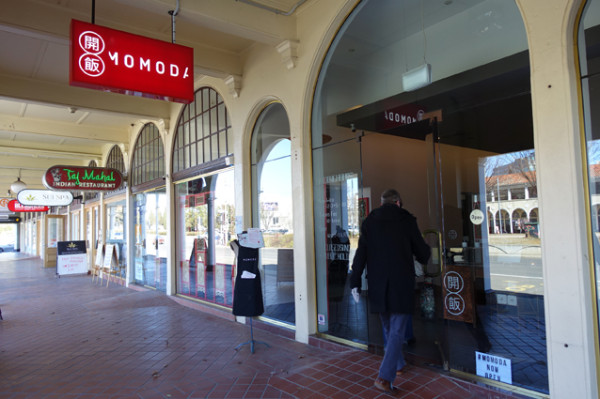 Momoda was a three-week old fledgling restaurant when I dined at the beginning of the month. It’s an expansive space, divided into three distinct sections; taking up a Northbourne Avenue-facing slot in the Melbourne Building. 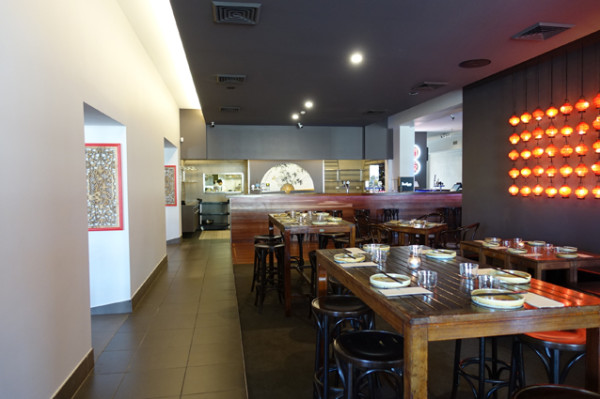 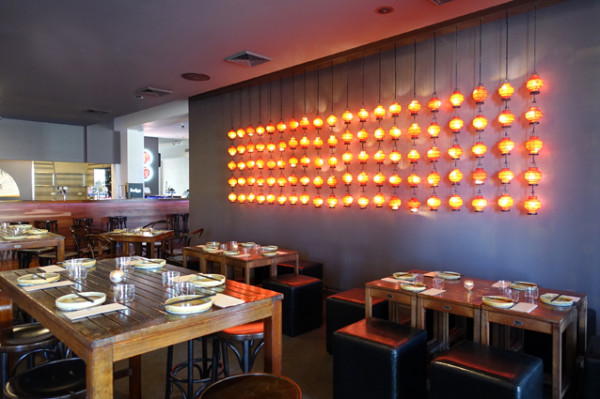 With easy (paid) parking just across the road, it was just the ticket for a modern Chinese lunch during my recent Canberra sojourn. The menu reads very well, promising big flavours like salty egg yolk, Sichuan chilli salt, and Malaysian Bukit Mertajam-style curry, delivered in the form of modern street-food offerings. Yep, that’s a fancy way of saying small and large share plates, matched to a hip craft beer, wine and cocktail list. 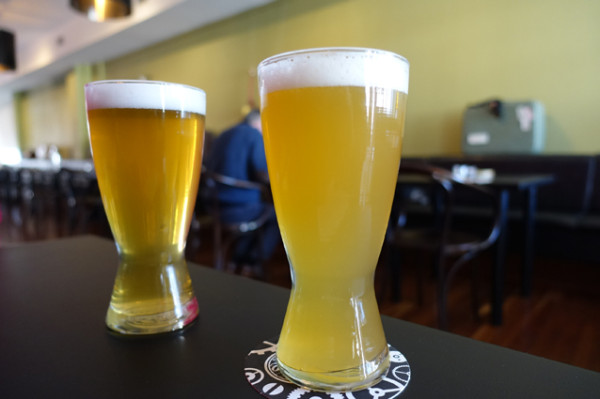 Ushered away from the fancy main rooms into the long, barn-like side space, we shook off the road dust with two local beers. Opting for schooners rather than pints, because we still had some way to travel, we found Barley Griffin Pale Ale ($8) to be an enjoyable easy-drinker throwing grassy, herbaceous notes, while the Zierholz German Ale ($8) felt lighter in flavour, reminding us of TsingTao. 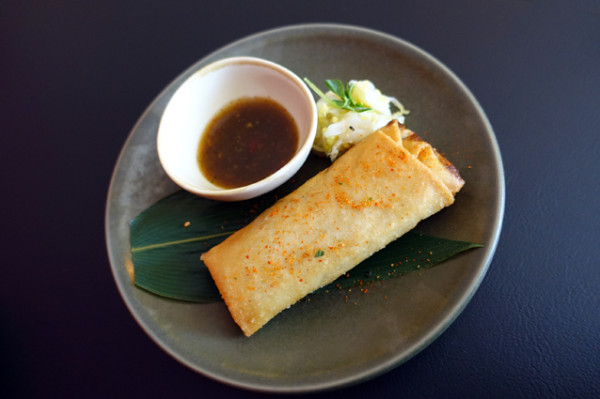 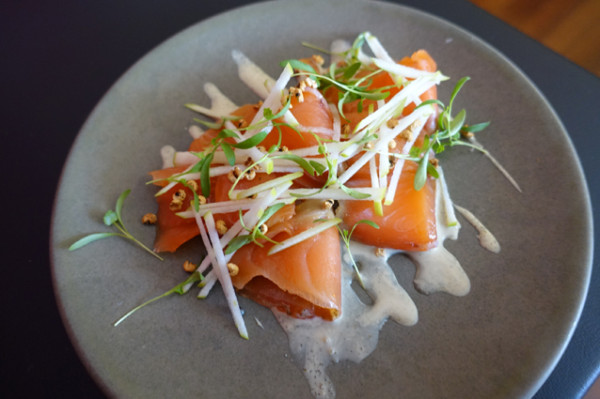 You’ll probably want to move on to cocktails with the Lemongrass and Coriander Cured Salmon ($14.80) as it’s quite a light dish. The delicately cured fish slices are dripping with a gentle kombu crème and scattered with crisp apple and soy sago. It’s easy to like, though the fat slabs of salmon could be cut a little smaller for improved chopstick friendliness. 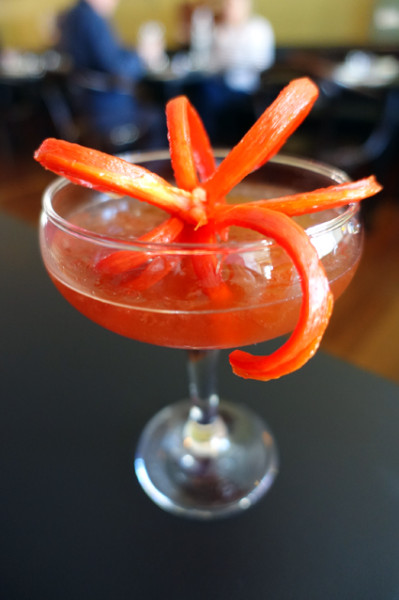 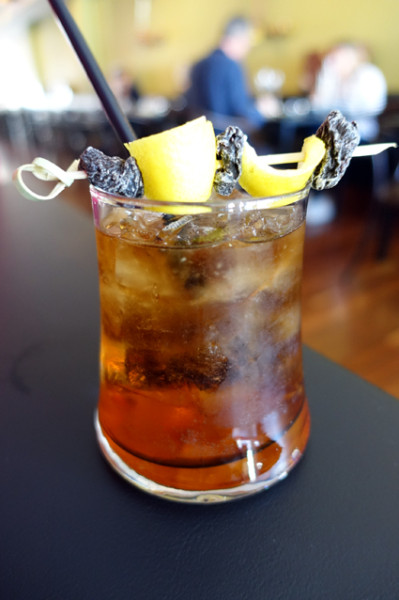 As for the drinks, the seven-strong cocktail list certainly offers up some unique beverages. Penang Curry ($18) takes vodka and Aperol and combines them with homemade curry syrup sweetened with tamarind. It arrives garnished with a freshly cut red capsicum flower that gives the drink an attractive aromatic dimension, in addition to it being surprisingly easy to drink. Suan Mei Tang ($18) takes underground vanilla vodka, tequila and mandarin liqueur and mixes them with Chinese prune juice. Not only will this drink keep you regular, it’s actually quite likeable, in an accessible bourbon and cola kind of way. Smoky, earthy and sweet elements meld together well under a row of speared prunes and lemon peel. 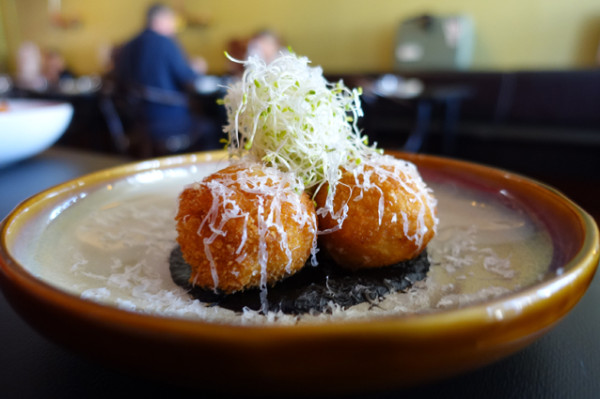 The promised Confit Mud Carp Croquettes ($14/3) were switched out for scallop croquettes on the day I dined. They were accessible and creamy but light in the flavour department. The funky black squid ink reduction was where the action was, though it was in relatively short supply in comparison to the creamy balls made to look like Italian meatballs under alfalfa and shaved Manchego cheese. 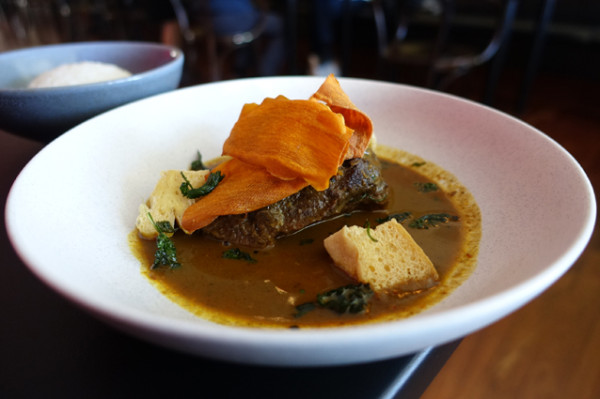 With friendly co-owner Irean Tan on the floor, our bill is made all the cheaper by being guided into a Two Course Express Lunch ($15) that delivered us the single spring roll I talked about earlier and a bowl of 14-hour Slow Braised Ox Cheek (normally $29) with rice. It’s a quality, tender meat, though the centre of the cheek is totally unaffected by the mild Bukit Mertajam curry sauce. Mowing through the meat is thus a bit boring and beefy, with spongy fried tofu pieces and sweet potato chips providing spots of mild interest. More chilli heat would give this curry better balance. 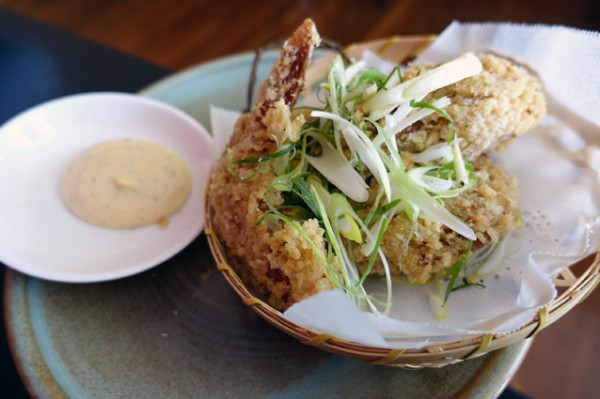 Taiwan FC Wings ($10) rounded out our savoury courses. Salty egg yolk, red chilli and Thai basil read like they were going to pack a punch, but this fried chook was also surprisingly mild. Eat ‘em over the table – the not-very salty egg yolk dusts us both with yellow snow. 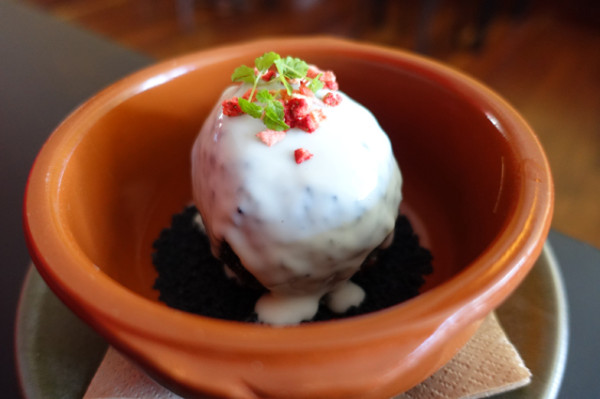 While it's still early days, to my palate Momoda underplays flavour. For me this led to some disappointment, because their menu talked a big game. What they did get exactly right was their Asian-inspired dessert. It's called the Black Angel ($9) - a ball of earthy black sesame ice cream rolled in charcoal bamboo crumble and then drizzled with salty condensed milk. Get one each, lest it lead to an at the table snowball fight.