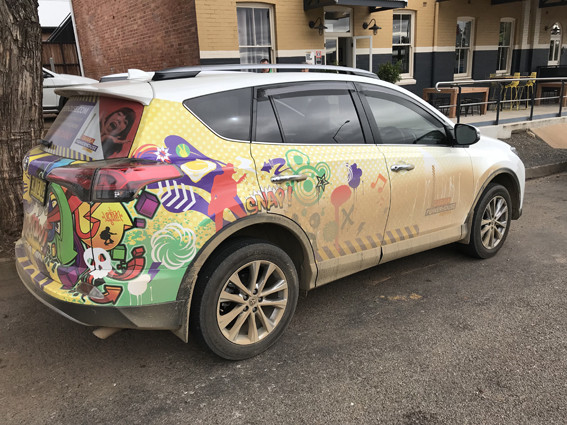 Like much of our drought-stricken state, Scone was a bit of a dust bowl when I visited in the early part of winter. 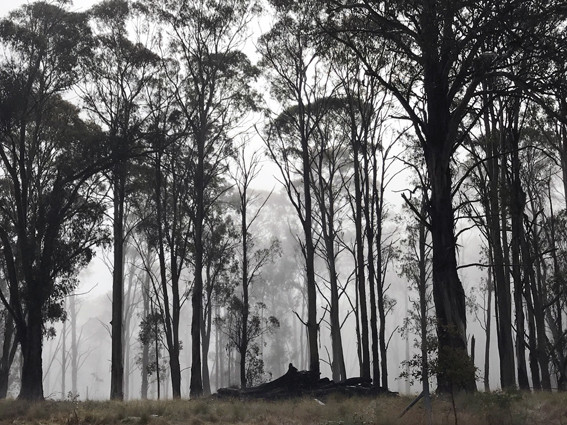 The contrast was particularly stark as we descended from the misty heights of the Barrington Tops. 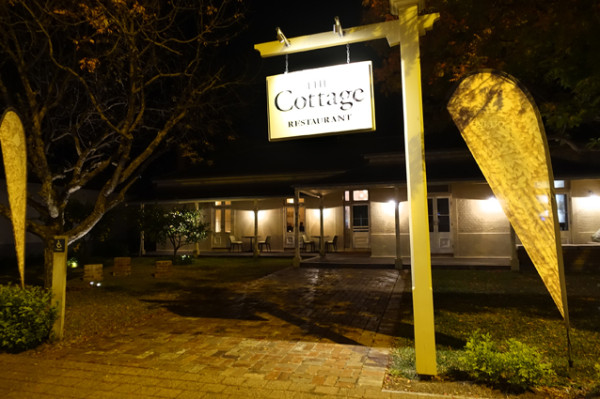 This rather epic drive worked up quite an appetite, which - as both a steakhouse and the premier restaurant in Scone - The Cottage seemed well-placed to address. 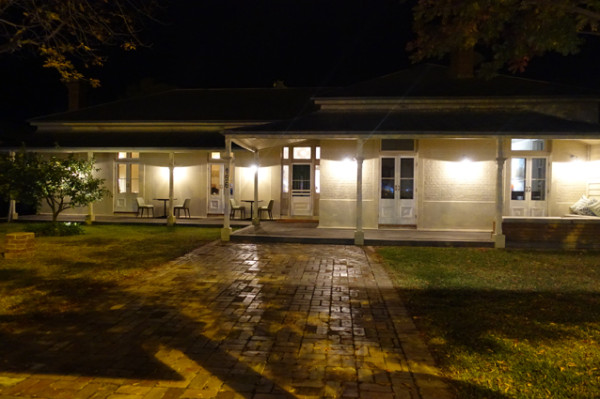 You’ll find it on Kelly Street, the main thoroughfare of Scone, which is also home to a number of historic pubs and buildings. Set back from the street, the renovated 1860s cottage is softly lit with a wraparound verandah. 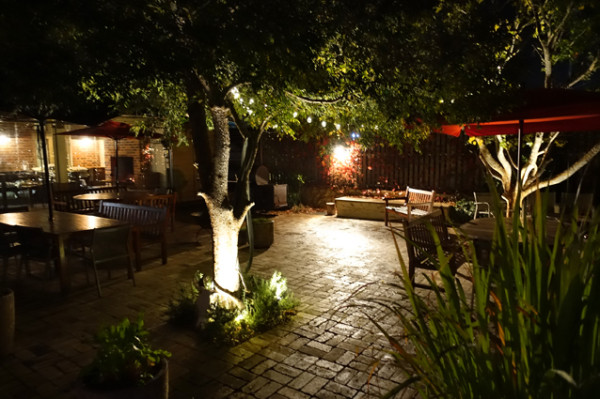 If you enter from the parking at the rear, you’ll find courtyard dining spaces that would likely delight in summer. 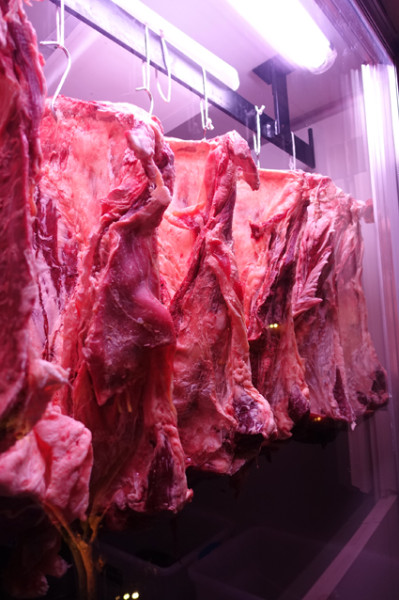 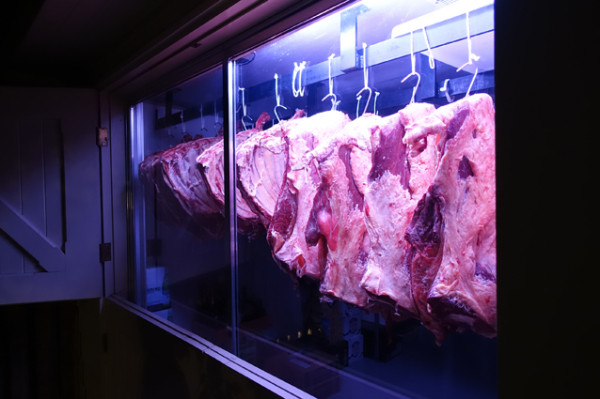 And, if you dare to investigate a little further, you’ll find an open hatch providing a glass window into their eerily lit meat fridge. Large slabs of beef hang on a row of shiny metal hooks. For some the aesthetic might be a bit serial killer gory, but I like The Cottage’s pride in their dry ageing of your future steak. 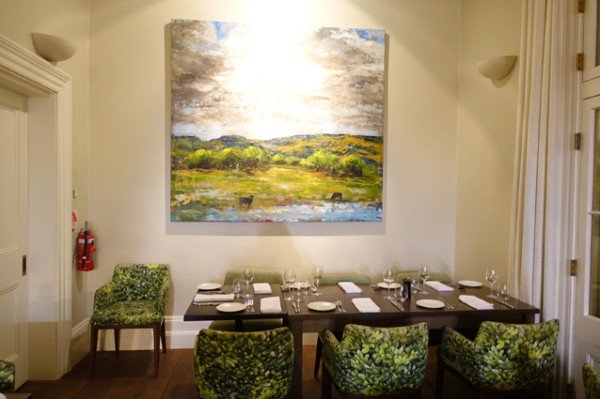 The restaurant’s interior is warm and inviting, particularly on this cold wintery night. Padded and patterned dining chairs plus an extensive art collection add some colourful interest to the softly lit, beige spaces. 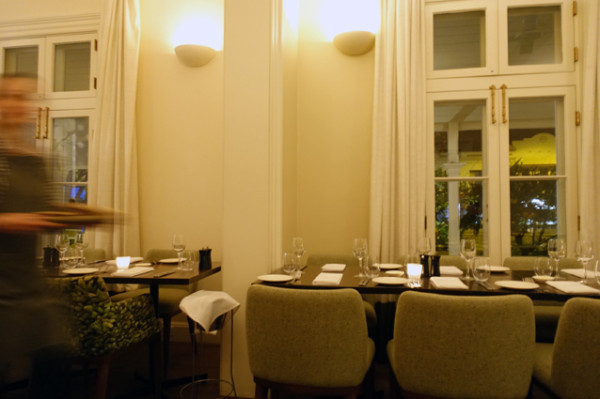 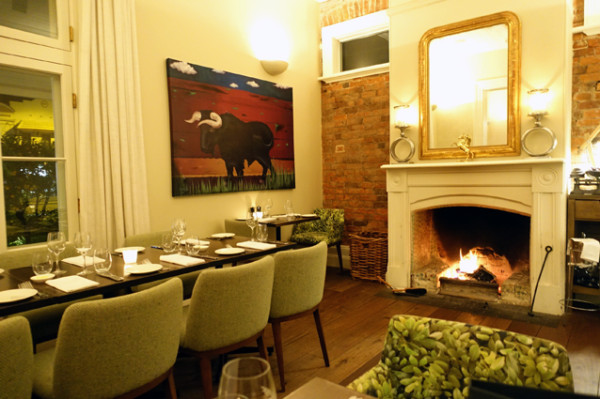 We’re quickly made to feel at home with warmed Sonoma sourdough that's followed us from Sydney, and a clean, dry Tilse’s Apple Truck Cider ($12) from the foothills of the nearby Barrington Tops. 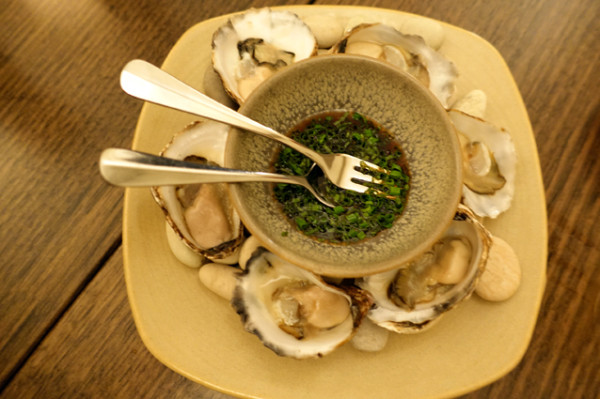 The short, one-page menu is - as you'd expect - dominated by the aforementioned dry ageing meat. The beef selection is fleshed out with a short list of specials, including Sydney Rock Oysters ($22/6) from Port Stephens served with a sauce gribiche (this version tastes light on egg). 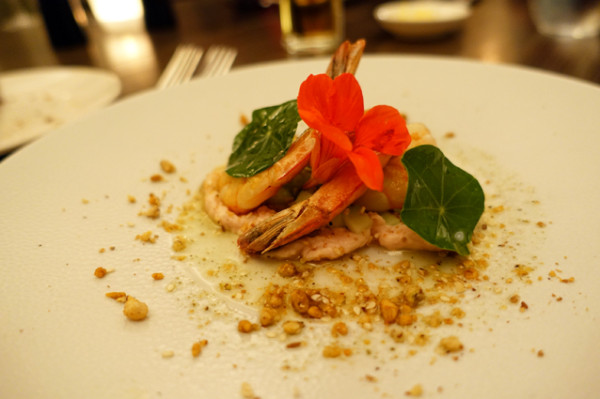 We keep our attention seaward with BBQ’ed Prawn Tails ($26) served with taramasalata, cucumber jelly and dukkah sprinkled over nasturtium oil. It’s an unusual combination - the salty cured roe is quite dominant on the palate - but it all hangs together. It’s best when helped along by the dry, grapefruit-driven 2015 Joseph Drouhin Chablis ($75). 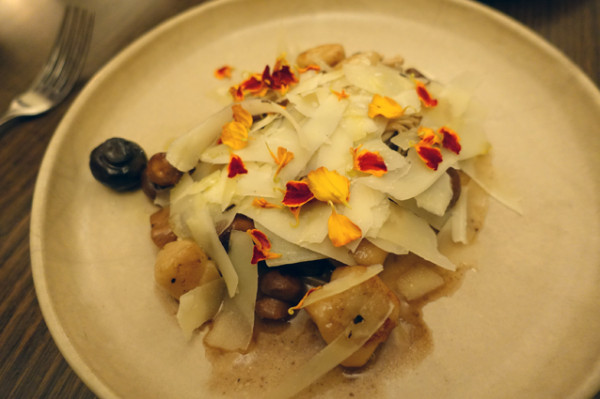 Potato Gnocchi ($36) made with 'Gary’s best mushrooms', burnt butter and sage is a little less exciting under a hat of edible blooms and waxy rather than pungent/chalky cheese. 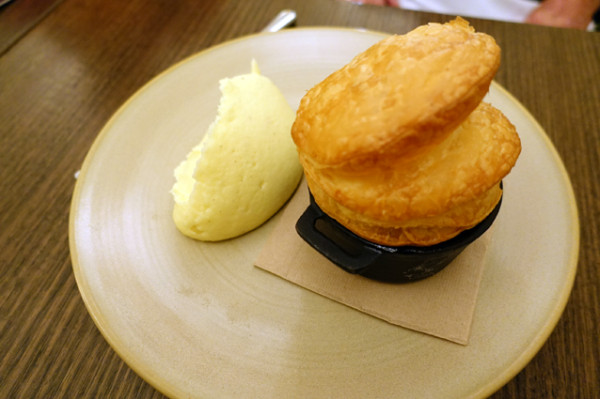 Despite the high price point, mains like the high-topped Beef, Red Wine and Mushroom Potted Pie ($38) arrive with the plate looking rather bare. While the puff pastry-topped pie eaten with mash is filling, for a balanced meal you're clearly expected to flesh out your meal with vegetable sides. 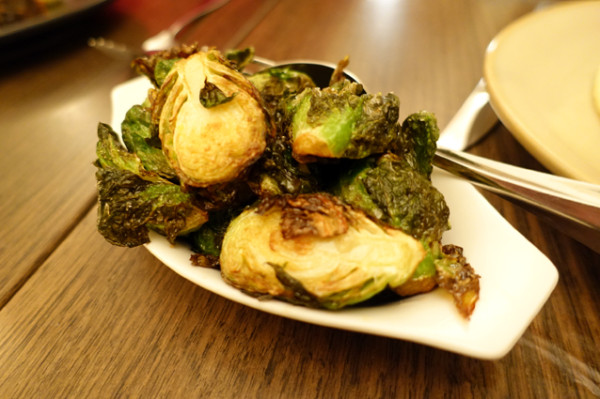 Charred on the outside and served with buttered maple chestnuts, Crisp Brussels Sprouts ($16) would have been just the ticket if the sprouts in question had been smaller in size - while I loved the crisp leaves, they were a bit of a boring, chew-fest in the middle. 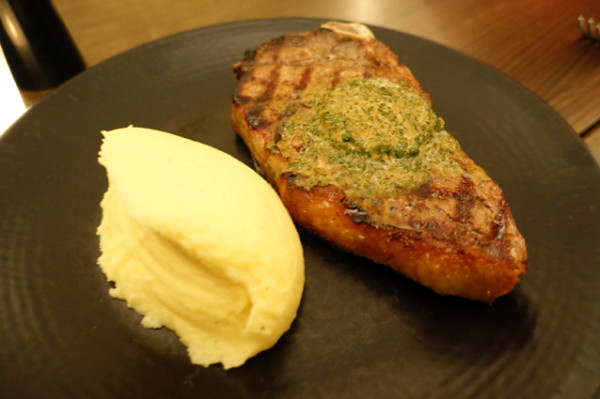 The 400g Sirloin Steak ($42) presented on the bone, was the highlight of our meal. The grass-fed and hormone-free Manning Valley beef is dry-aged onsite for a minimum of six weeks, ensuring it is very full-flavoured. It generally comes with hand-cut chips, but The Cottage was happy to swap them out for mash. Café de Paris Butter ($2.50) is another surcharge, but I’d judge it as worthwhile when you’re wading through this much meat. 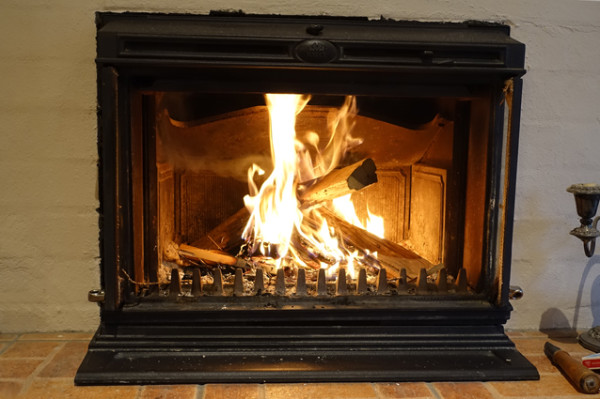 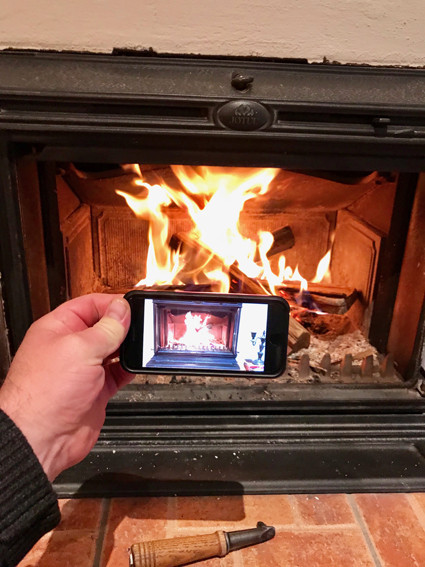 Not feeling inclined to drop more coin, we skipped dessert and headed back to the open fireplaces at Strathearn Park Lodge, wishing we'd been smart enough to buy marshmallows. 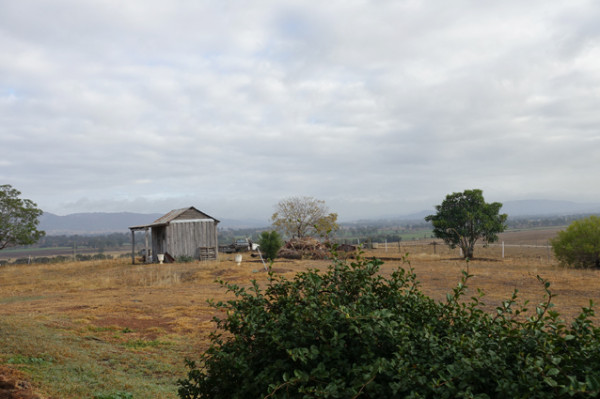