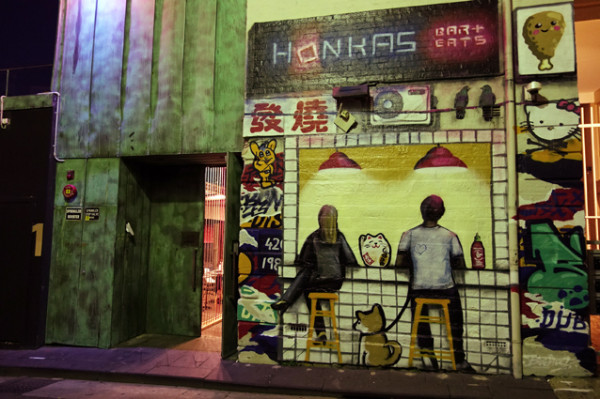 Sex services premises have given way to dog grooming parlours, and small bars have ceded space to yoga and pilates studios as the NSW Liberal Government's envisaged gentrification of Kings Cross proceeds apace. Honkas Bar + Eats is thankfully one of the rebadged suburb's exceptions. 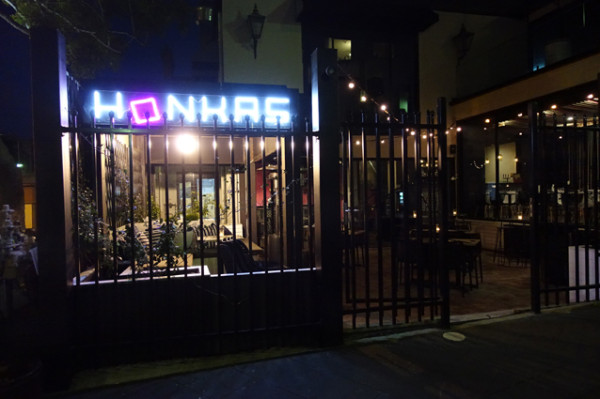 It sits on a now-quiet corner of Kellett Way in the large indoor-outdoor, multilevel space that was once The Village, and, before that, Favela. 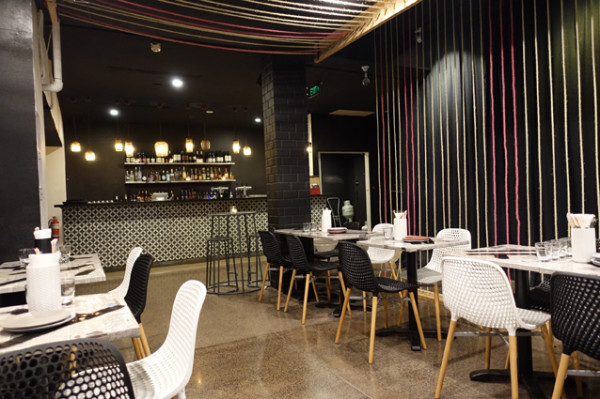 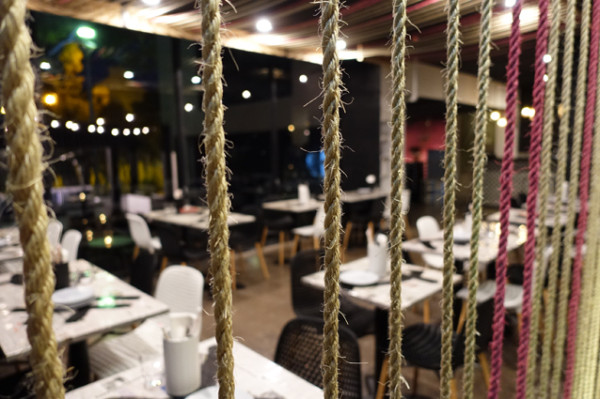 While it’s still predominately a drinking venue with an easy-going vibe, the short, to-the-point menu does make some concessions to the new dog-walking, clean-eating denizens of Potts Point. 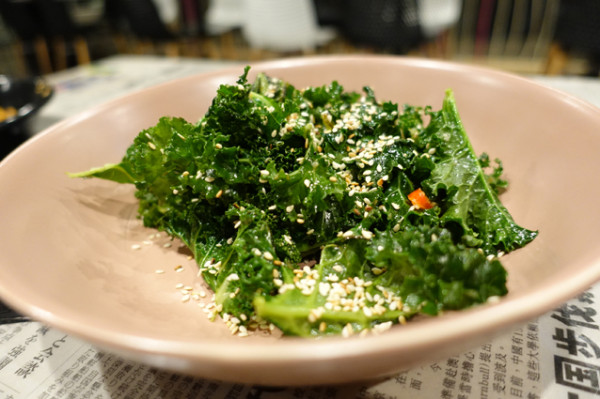 Which is how I came to be eating a bowl of Kale ($14) with chilli and sesame, while pondering how much things have changed. 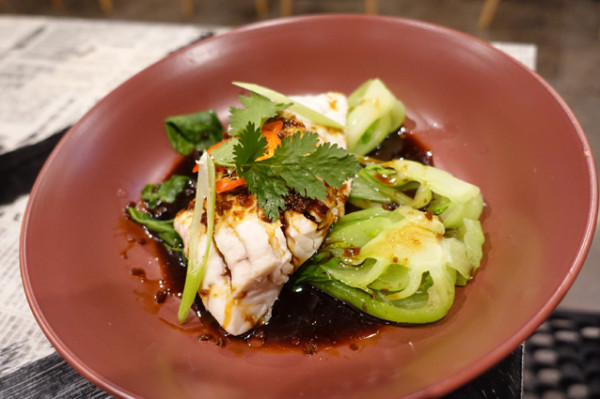 While the kale might have benefited from being smashed a bit harder with some flame, it’s a good accompaniment to a moist fillet of Steamed Snapper ($24) served with boy choy. The fish is well cooked, but the dish's sweetness could be more restrained. 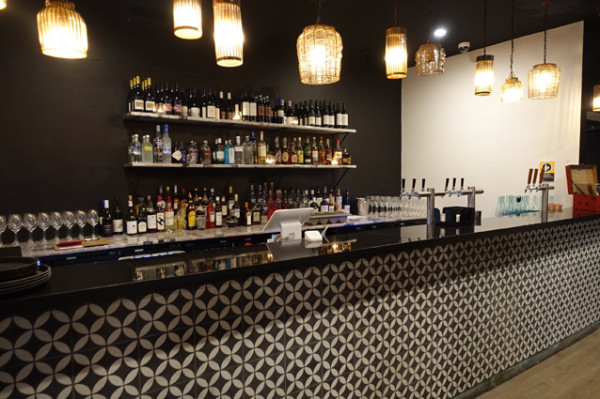 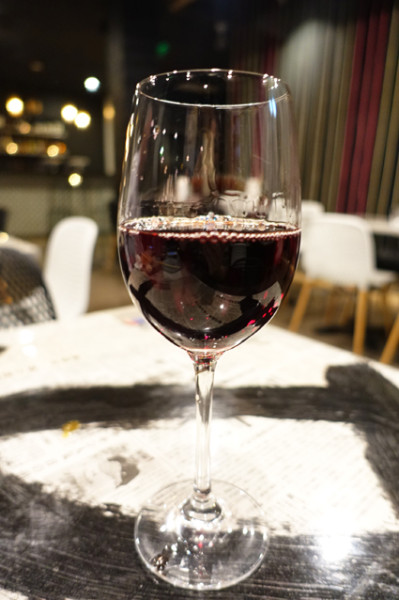 Throw in a glass of the smooth, leathery 2016 Tommy’s Lane Pinot Noir ($12) and you have a very respectable post-work, mid-week solo dinner for the sum of fifty bucks. 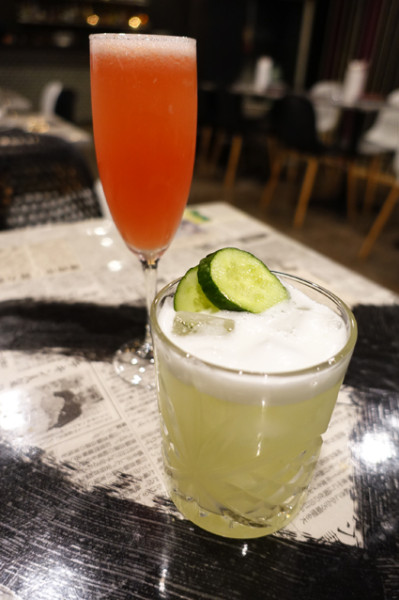 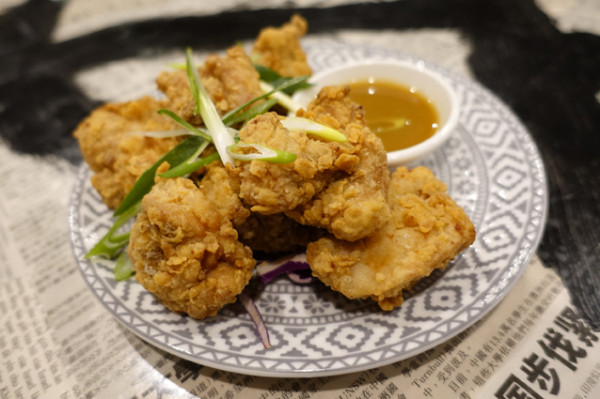 Of course if you prefer to roll the old Kings Cross way, kick off with cocktails. Served in a Champagne flute, Snowcock Called Bubbles ($18) is my pick of the short list. Against rum and Prosecco, Campari and pineapple gives the drink enough bitterness to get the stomach juices flowing, so you can tackle some of the menu’s more hectic dishes, like Karaage ($17) fried chook. It's jazzed up with a wasabi dressing that I find quite compelling. 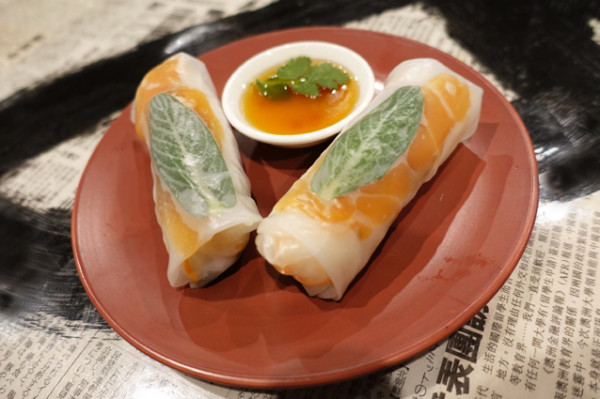 The PoPo Trio ($17) with sake, gin and cucumber is soft and likeable. It’s the type of drink you’re going to need against a lightly flavoured pair of sake-cured Salmon Rice Paper Rolls ($9). 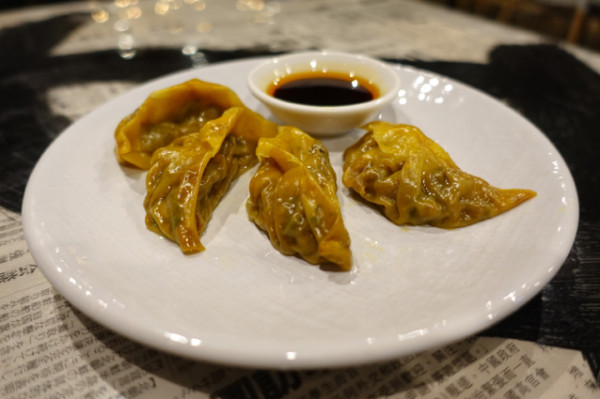 Mushroom and Vegetable Steamed Dumplings ($9/4), on the other hand, punch umami. Dragging their gossamer skins through a double layer soy sauce and chilli oil dressing has me smiling. 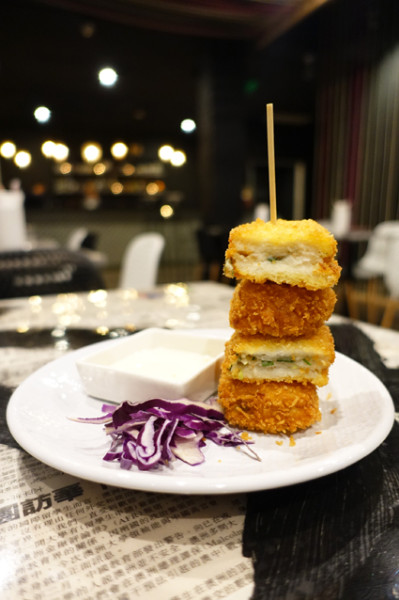 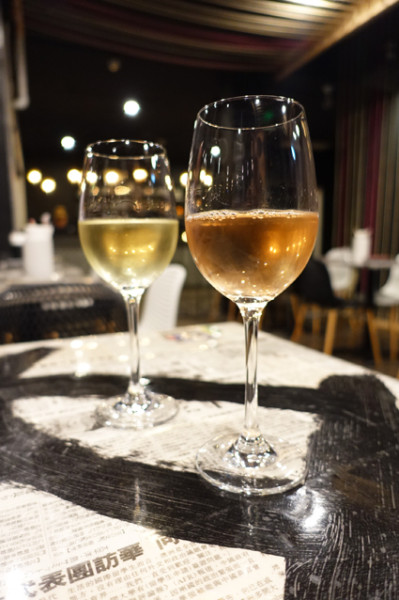 I’m also impressed with the updated Prawn Toast ($12). Someone has needed to fix prawn toast for quite some time, and here they cleverly made it both prawnier and less toasty. My only wish: chilli sauce on the table. Yeah, I know this is a modern place, but endorphins never go out of fashion. 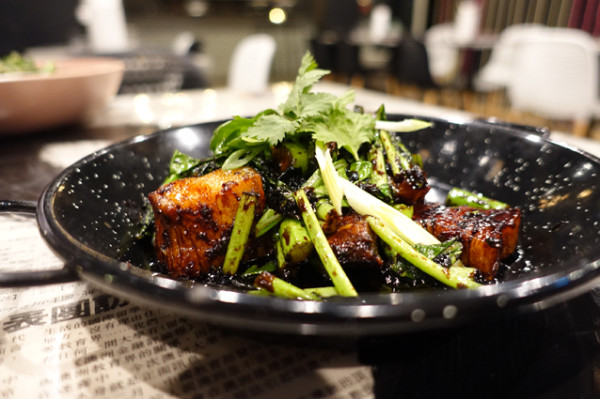 We work our way through sticky-sweet Pork Belly ($25) with Asian greens that would have benefited from better fat rendering, and a bowl of Korean Fried Rice ($15). 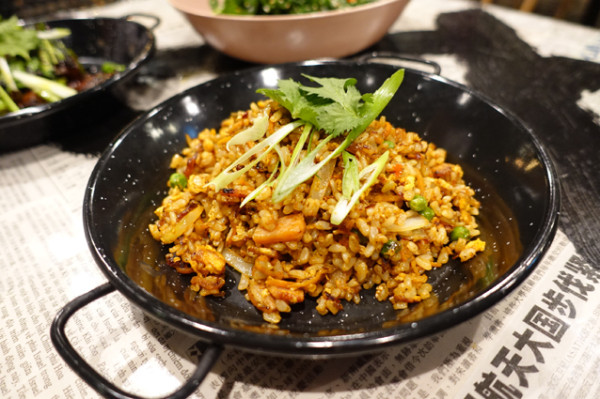 As the rice is dominated by bacon rather than gochujang, it doesn’t strike me as particularly Korean, but it is tasty. So, in a nutshell, you’re not coming to Honkas for authentic pan-Asian food. You’re coming for a taste of Hong Kong, which is a modern cosmopolitan city with a mishmash of cuisines and influences, presented as bar food against good drinking options, great atmosphere and tunes.