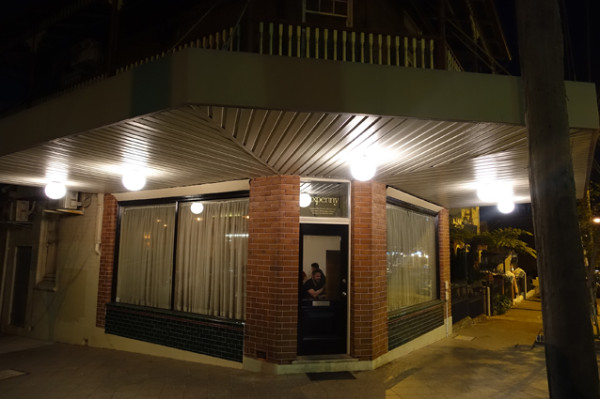 The year was 2007; and my first introduction to Daniel Puskas came in a little Newtown restaurant called Oscillate Wildly. I ate a Denver (trimmed and deboned) leg of venison with pumpkin puree and chocolate soil that haunted me for years. Despite knowing this talented chef graduated to Sixpenny in Stanmore in 2012, I held off going for no reason other than growing weariness with degustation dinners; both with the oft-excessive amount of food and the time they take to orchestrate. 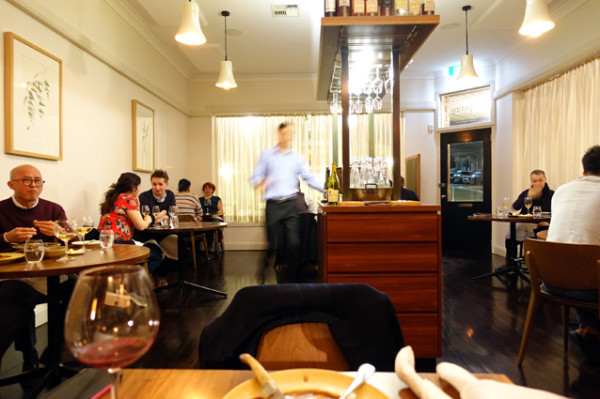 And so it was that a decade – even more – came to pass before I found myself in a charming parlour dining room eating my second Dan Puskas dinner. This time it's a 6-Course ($125/person) affair where I am but one of twenty diners arranged at lustrous wooden tables encircling a wooden service hutch where gleaming glasses hang in wait. 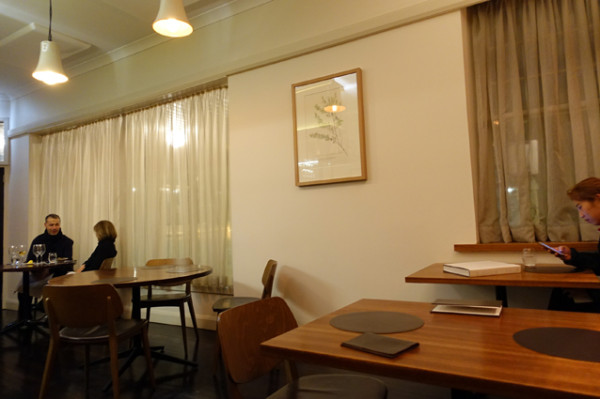 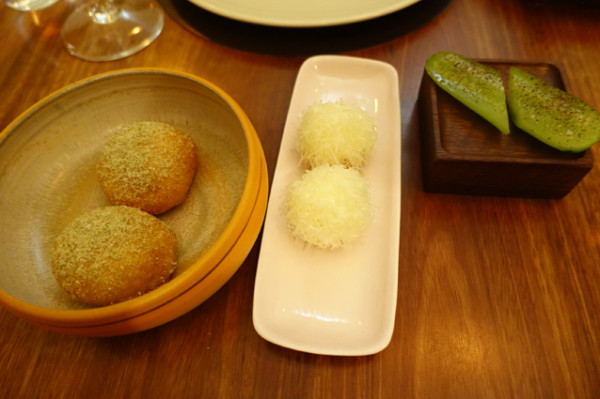 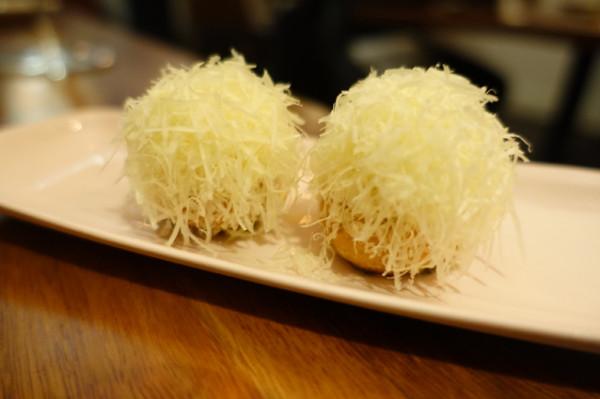 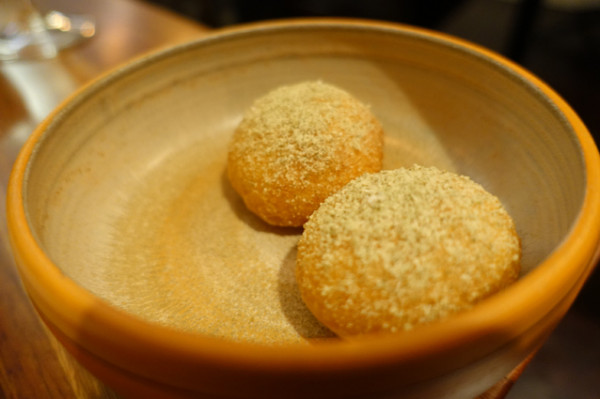 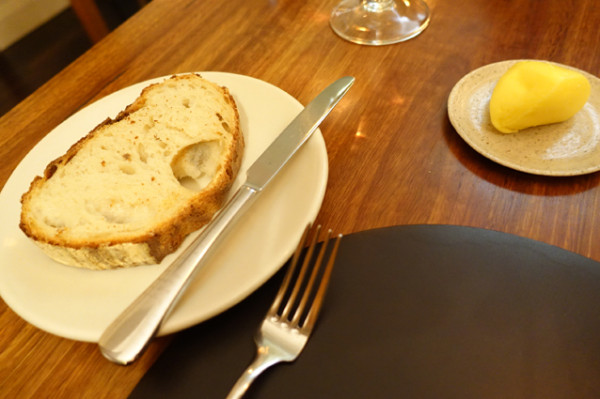 Bread, which comes in two waves against easy-spreading mascarpone butter, starts with a tasty white house-made loaf where the crust is the highlight and the centre is fluffy but somewhat bland. 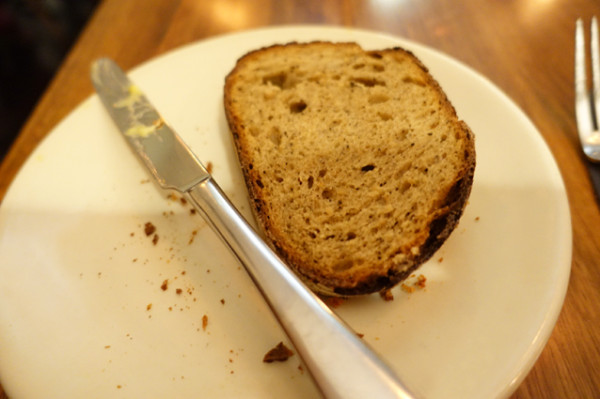 It returns a couple of courses later as last week’s bread, where the body is now as complex as the malty molasses crust. Yes, last week’s unused bread has been recycled, and re-baked with roasted coffee grounds, playing hard to our current Inner West mantra: reduce, re-use and recycle. Both give our 2017 Domenica Roussanne Marsanne ($100) different opportunities to shine – and there’s nothing I don’t like about this standout Aussie wine. 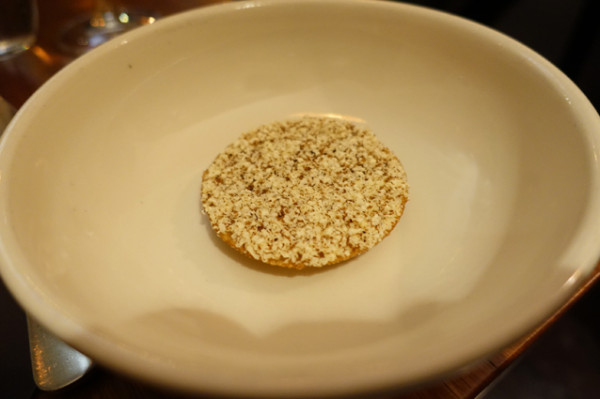 Venison also makes an shy appearance in my second Puskas dinner, as a discreetly tucked tartare sitting under a super-thin Jerusalem artichoke crisp dusted in salty cheese. In flavour terms, it's anything but shy and retiring, having been treated to their house-made chilli sauce that is fermented under butter for three days right here in Stanmore. The sauce's brightness comes from it being a blend of smoked and fresh long red chillies and onions - it's tasty stuff! 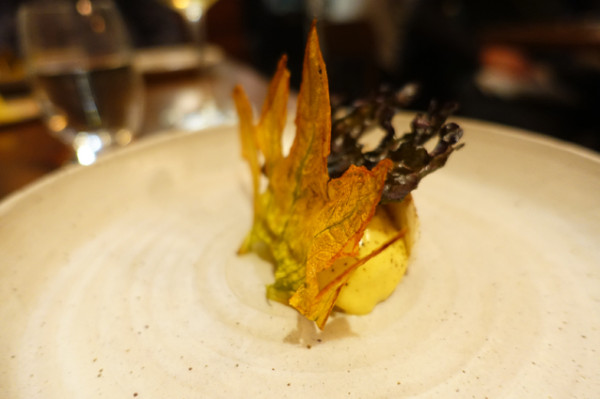 Rye-poached potato is gently enhanced by raw oyster, then served with raw discs of button mushroom and crisp kale and zucchini flower sails. It’s deceptively simple and focuses your attention on the key ingredient - the Dutch cream potato. 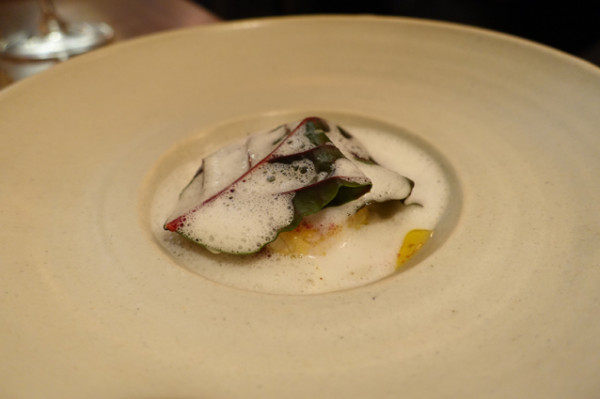 Beautifully cooked swordfish arrives tangy and sour with foamy buttermilk and rainbow chard. This intriguing dish brings out even better flavour in our wine. 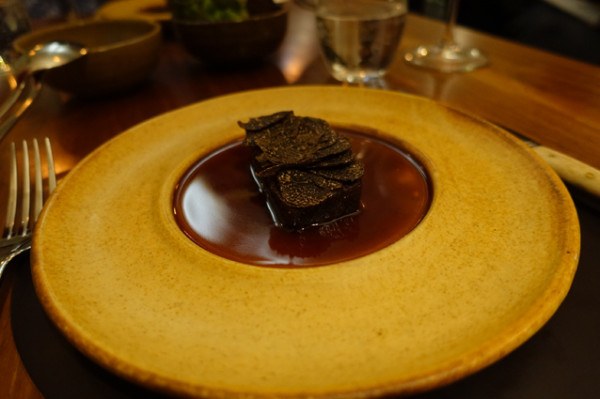 Service at Sixpenny is refined but warm, with words chosen using particular care. The seasonal truffle addition ($25/person) is suggested in such a way that diners are left feeling their Rangers Valley chuck tail with mushroom and marsala will be wonderful, regardless of whether they opt to include the pricy fungi or not. 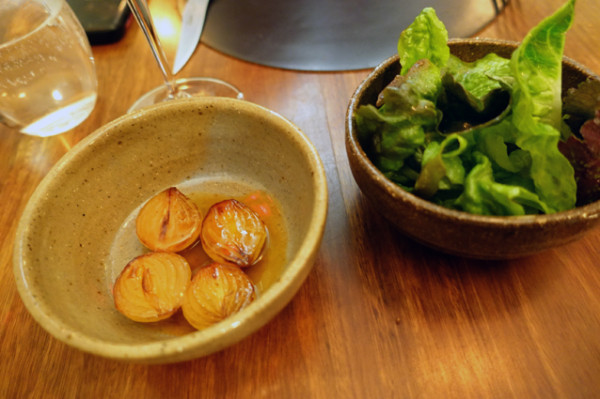 An egalitarian attitude in the kitchen also sees more than just Puskas make dish delivery forays onto the dining room floor, and gives everyone ownership over the pleasure they create. First come pearl onions cooked in soy and bonito, with a bowl of crisp leaves. Then the beef, cut from the rib portion of the chuck, lined with black truffle scales. The meat has wonderful bite – toothsome without being chewy - and suits the 2017 Farr Rising Gamay ($85) that is whole bunch fermented with savoury, gamey intrigue. 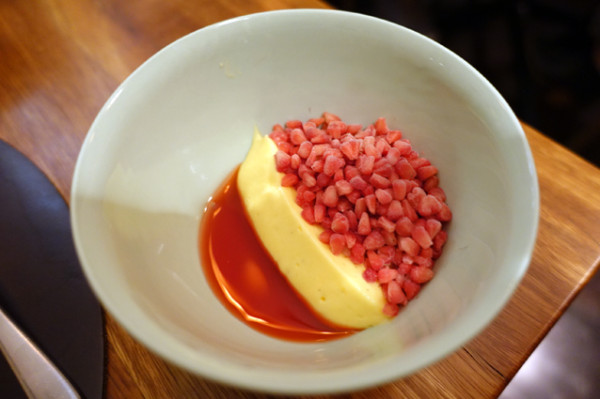 Dessert, like the rest of the menu, is both artisan and delicious. The kitchen makes mead, then mead vinegar, they uses the resulting liquid to flavour a golden custard. It sits in a puddle of strawberry consommé topped with tiny frozen raspberry niblets, and tickles all of your tongue’s taste zones. 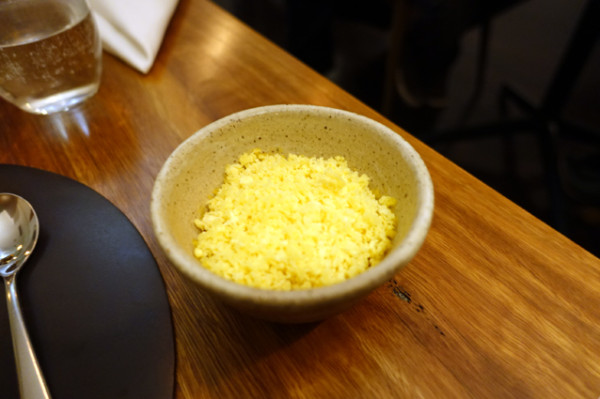 Not being a huge fan of syrupy sweet wines, I’m cleverly shepherded into the 2015 Domaine Ogereau Coteaux du Layon Saint Lambert ($15), a Chenin Blanc that starts sweet, but makes you salivate with a dry finish. It powers me into our second dessert, where, hiding under frosty passionfruit granita you’ll find a caramelised white chocolate disc and raw liquorice cream. 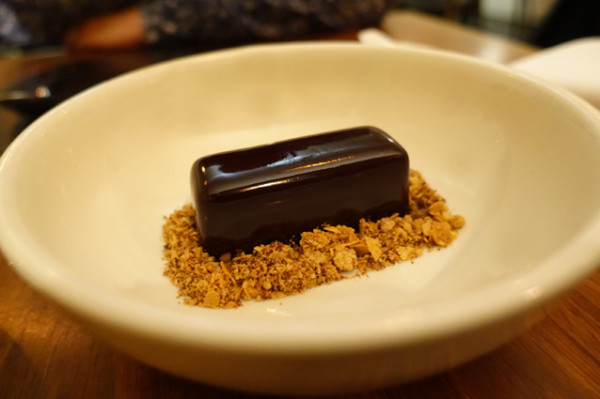 Despite us capping our courses at six, there was also a glistening chocolate mousse cake log to acknowledge me taking another trip around the sun. It had me musing that special occasions arise too seldom to put off revisiting this talented chef, who joins the ranks of Saint Peter, Lumi and Ester in putting out the kind of mature, elegant and contemporary dishes I wish to be eating.