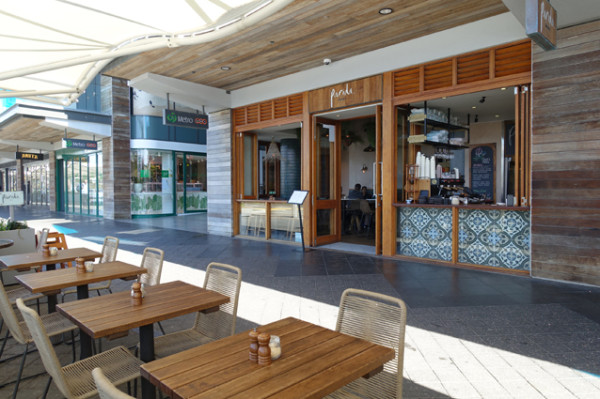 Parida Bondi aspires to be Sydney’s best outdoor brunch; and with the iconic Bondi Beach as their backdrop, they’re certainly off to a great start. Swedish owner, Frida Eriksson, and her team have occupied one of the coveted, beach-facing, Campbell Parade spots for the last two years. 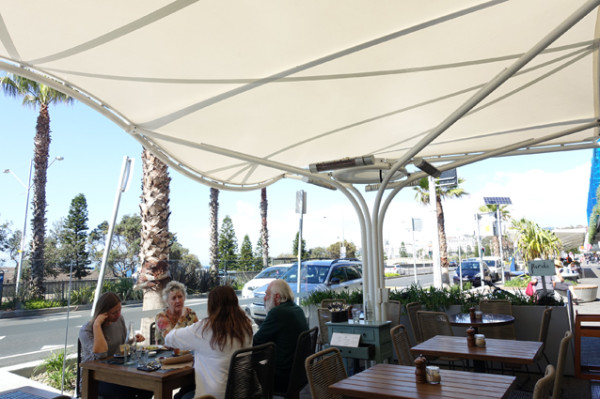 They recently re-opened after a three-week closure for an interior spruce up, just in time for Bondi’s endless summer. 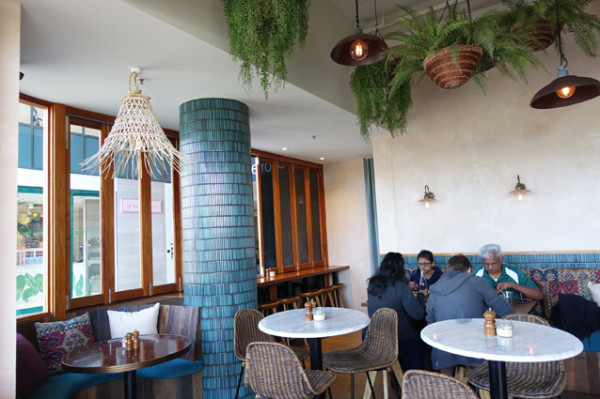 While the interior with Moroccan blue tiled columns and walls, brown wicker chairs and hanging leafy plants does look inviting, it’s hard to pass up their outdoor tables on such a beautiful day; so we opt to sink into their beach-appropriate, rope chairs. Stretched over coated metal frames, the weathered rope actually has some spring, making these outdoor, sand-friendly chairs surprisingly comfortable. 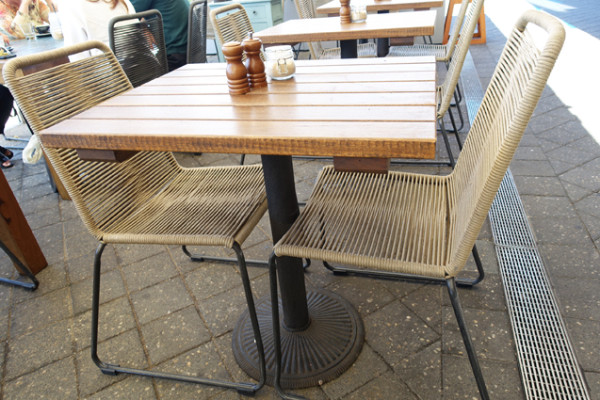 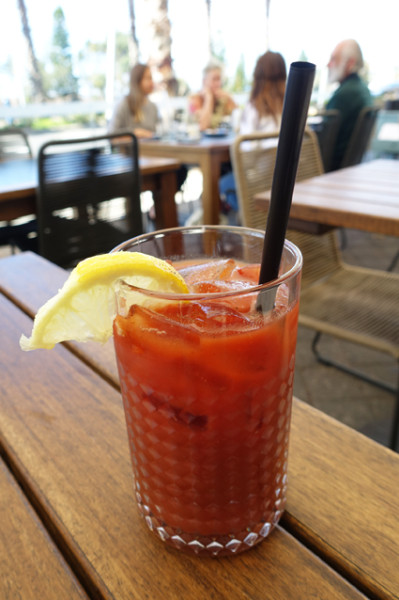 For my dining companion, brunch lives or dies on the presence of a well-made Bloody Mary ($16) on their menu, while for me, it’s all about well-made coffee. Parida won us over on both counts. His breakfast cocktail is bright and round, with clean, aromatic spicing stemming from the use of high quality pepper. 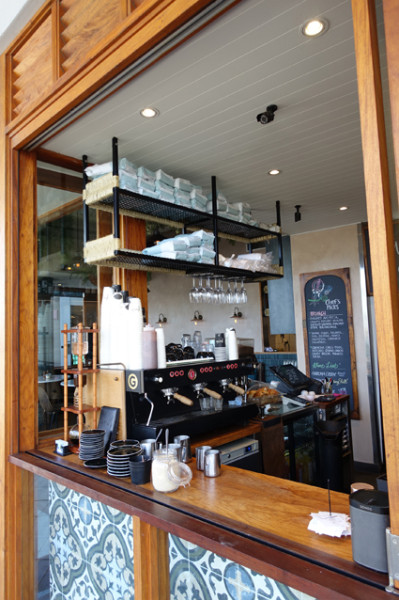 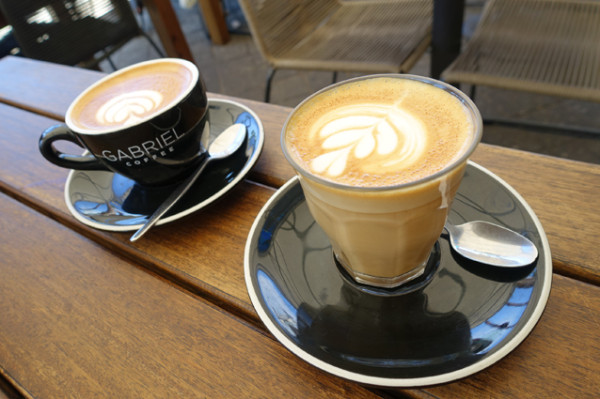 Gabriel coffee beans are put to good effect with balanced bitterness in my Latte ($4), which has a lovely crema and neat foam work. I also like that it’s not a huge vat of coffee. In a Strong Flat White ($4.50), the coffee is robust, without being too bitter. 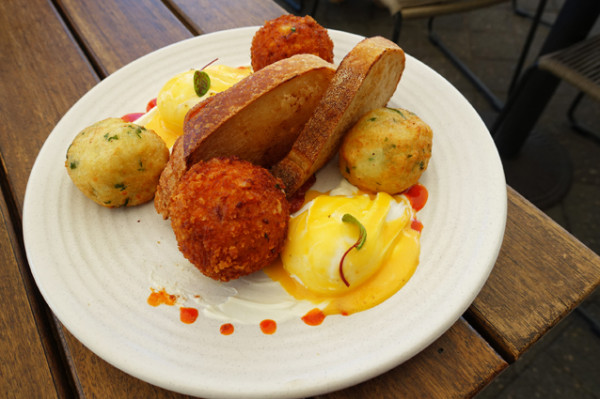 While you can be assured of finding your usual breakfast favourites on the Parida menu, be they corn fritters or the ubiquitous smashed avo., what impressed me was seeing some breakfast twists that aren't trotted out everywhere else. Baby Parida ($18) with the optional addition of Bacon ($4.50) is one beautifully presented brunch plate. The clever use of height makes it seem like it isn’t a shit-load of food (rest assured if you're hungry, it is). 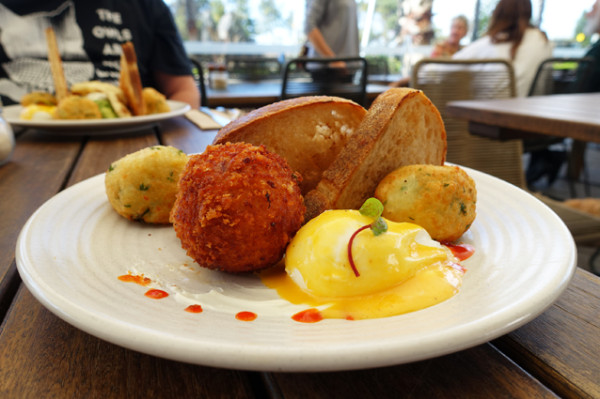 Deceptive-looking chorizo croquettes are decadent and tasty, and will beat a powerful hunger into death-by-cheese submission. While there is artfully dotted chilli sauce lining the plate, don’t be afraid of telling friendly floor staff you’re going to need more of it - it cuts against the intensity of the croquettes quite well. Oozing orange yolk, the pair of Hollandaise-topped poached eggs are flavoursome and fresh. By not placing them on the toast until you’re ready to eat them, Parida ensures you get the best of both textures – crisp and moist. Speaking of crisp, the golden balls are Parida’s version of roesti. Their crunchy exteriors give way to an interior of fluffy, well-seasoned potato that is particularly tasty when dragged through your Kemps Creek eggs. 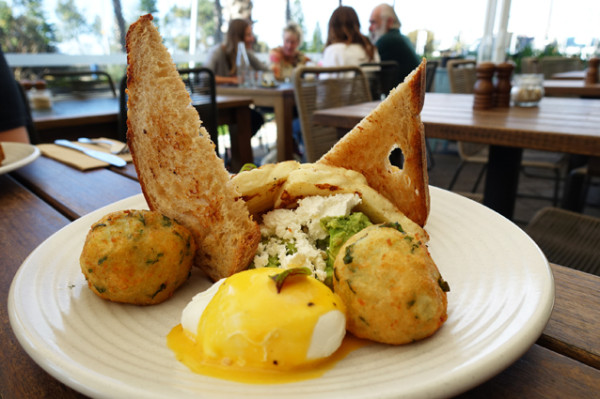 Doing roesti as balls makes them smartly modular, which should speed up service when the café is full over summer. They also make an appearance on Parida’s Benedict ($20). With five different topping options, ranging from chorizo to smoked salmon; your only dilemma here might be deciding which way to Benedict. 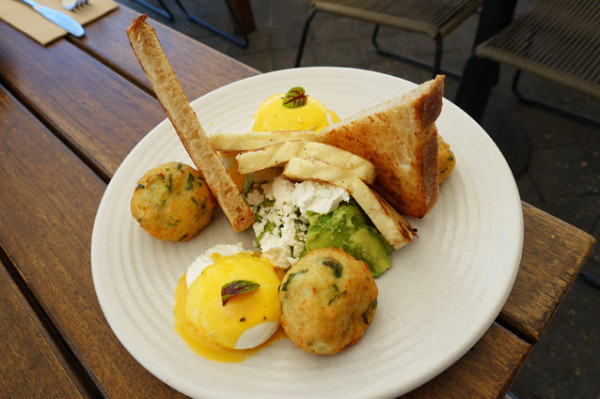 As I was sharing the chorizo and bacon from my dining companion’s breakfast, I went with golden haloumi cheese. The slightly rubbery cheese is the only weak point on this equally well-presented plate.

I'd stop by again if I was heading to Bondi Beach...